Five Years On: The Eurasian Economic Union in Action

Print
_ Yuri Kofner, Head, Eurasian sector, CCEIS, HSE, Research assistant, IIASA, Editor-in-chief, analytical media “Eurasian Studies”. Moscow, 7 May 2019.On April 30 2019, the heads of government of the member states of the Eurasian Economic Union (EAEU) convened in Yerevan for a regular meeting of the Eurasian Intergovernmental Council (EMPS). There, they achieved the resolution of important issues concerning the future development of the Union, most notably, the elimination of various barriers within the Union’s internal market. 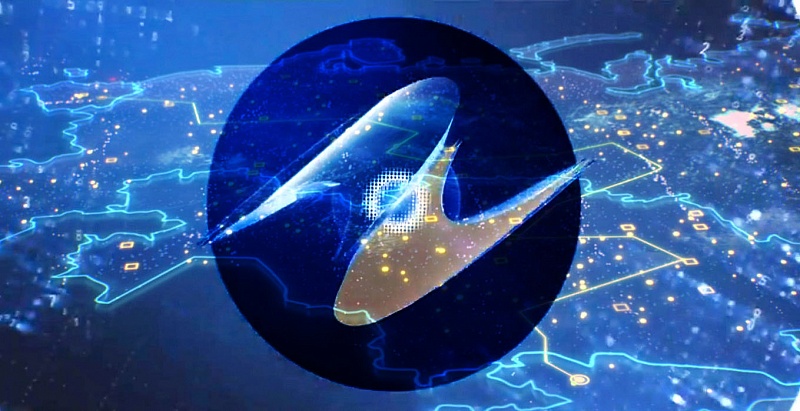 The results of this meeting, which was held exactly one month before the 5th anniversary of the establishment of the EAEU, testifies to the viability of Eurasian integration and its benefits for the member states.Immediately four barriers lessOne of the main criticisms of the EAEU is that many barriers handicap the proper functioning of the economic bloc’s internal market. A sentiment persists that member states ignore many of the provisions of the Treaty on the EAEU, as well as the decisions of the Eurasian Economic Commission (EEC). The impression is that the Union, in its nature, is not at all supranational, but still largely intergovernmental, and at only from time to time at that.However, it may now be worth reconsidering this impression. The fact is that the governments of the EAEU’s member states were able to resolve four of the most acute disagreements and barriers preventing the establishment of a single domestic market.

The “Milk War” is over

First of all, they were able to agree on rescinding the Russian veto of the EEC Board’s decision on the free circulation of Belarusian dairy products on the Russian market.

Previously, the Federal Service for Veterinary and Phytosanitary Surveillance imposed temporary restrictions on certain types of dairy products from Belarus, since certain units did not meet Russian food safety standards. However, in the Eurasian Economic Union, a norm has been put into effect on the mutual recognition of veterinary certificates. Closing off the Russian market from certified Belarusian products was recognised as a violation by the EEC. The Russian government had wanted to overrule the EEC’s decision, since, in Moscow’s opinion, it would “give the wrong signal about the possibility of abusing” the rule on the mutual recognition of veterinary certificates, since “the Belarusian veterinary service carried out the certification of products from enterprises that lacked the necessary capacity and equipment” to produce them.

As a result, at the EMPS Moscow and Minsk nevertheless agreed: Russia will abandon the sectoral principle of restrictions on the supply of Belarusian dairy products, replacing it with a temporary ban on specific enterprises, each of which will undergo a thorough inspection. Belarusian dairy products, using Belarusian veterinary documents, can now again freely circulate within the Russian market. The share of Belarus in Russia’s milk imports is over 80%.

The arrangement reached at the EMPS is of great importance not only for Russian-Belarusian relations, but also for ensuring free trade within the EAEU as a whole. “During the meeting, the issue of the right to close off markets by sector was settled. There was a consensus that member states do not have such a right, and decisions should be made on specific enterprises that violate the requirements,” said Tigran Sargsyan, Chairman of the EEC Board.

The Eurasian Intergovernmental Council also agreed to lift the Kazakh veto on the EEC Board’s anti-dumping measures, directed against herbicide producers and plant protection products from the European Union.

Earlier, the Republic of Kazakhstan did not want to adopt the EEC’s measures. Russia’s chemical industry had the prime interest in pursuing the anti-dumping measures. Nur-Sultan, on the other hand, was interested that Kazakhstani farmers could buy better and more economical (per hectare) herbicides from Germany and other European countries. Now Kazakhstan has agreed with the decision of the Eurasian Commission, and anti-dumping measures may come into force. The reason for its consent may be explained by a deal that was reached in another dispute – over sugar.

In any case, this decision can serve as a precedent that member states should respect the results of the ECE’s anti-dumping investigations. At the same time, in order to prevent similar disagreements in the future, it would be important to ensure greater precision and transparency in such investigations.

Ours is sweeter: sugar

For the past three years, sugar production in the countries of the Eurasian Economic Union has exceeded consumption. In 2018, almost 7 million tonnes of sugar were produced while domestic consumption totalled only 6.8 million tonnes. For 2019, the surplus is estimated at 650 thousand tonnes.

In this regard, sugar was qualified as a “sensitive good”, on which the Union’s member states make decisions at the level of the EEC Council. In order to provide equal conditions so that domestic sugar could compete with cheaper foreign sugar, the EAEU countries agreed to impose import duties.

However, despite this, the Republic of Kazakhstan, which already enjoys exemptions for the import of foreign sugar, additionally bypasses the EAEU’s import tariffs by importing sugar from Ukraine and Europe duty-free through special economic zones. Afterwards, it re-exports this sugar to the rest of the EAEU single market in the form of confectionery products and non-alcoholic beverages. By doing so, it violates the Union’s equal competition conditions.

Now at the meeting of the EMPS, the parties agreed that from January 1, 2020 sugar will be excluded from the lists of goods imported through free economic zones. It is possible that the aforementioned deal was reached because the Russian Federation used to insist on the immediate abolition of this practice and Kazakhstan’s exemption for duty-free imports of sugar will expire on January 1, 2020 anyway.

In any event, the sugar deal is another example of the fact that, firstly, the Eurasian Economic Union is indeed capable of systematically eliminating internal barriers and of gradually ensuring equal competitive conditions within the Union. Secondly, the ability of the governments of the member states to defend their national interests while bargaining for the most favourable conditions, and yet still come to a general consensus, once again confirms that the EAEU is not the “Kremlin’s neo-imperial project” but rather a prime example of liberal inter-governmentalism.

Kiev applied to the World Trade Organisation (WTO) to investigate the legality of the Russian authorities’ actions. In early April 2019, Ukraine lost the dispute. The WTO Arbitration Group, which investigated the complaint made by the Ukrainian side, came to the unprecedented conclusion that the Russian Federation had neither violated the General Agreement on Tariffs and Trade, nor the WTO accession document, as it had the right to impose such restrictions for reasons of national security.

In light of this, it is quite significant that on the eve of the Eurasian Intergovernmental Council in Yerevan, the Russian government announced that “after consideration of the official appeal” by Nur-Sultan and Bishkek, the Russian Federation decided to “allow transit traffic through its territory to Kazakhstan and Kyrgyzstan of a list of priority industrial goods from Ukraine”.

Thus, another pronounced contradiction of Eurasian integration was removed. Moscow has shown that it is ready to meet the wishes of its partners, even despite the acquittal of the WTO, which de facto freed it from the need to do so.

Dogs may bark, but the caravan goes on

May 29, 2019 marks the fifth anniversary of the signing of the Treaty on the EAEU. What should be done in the Union’s next “five-year plan” in order to effectively facilitate internal trade within the bloc?

Firstly, it is necessary to realise that ensuring the functioning of the common market is in itself one of the main priorities of integration. In the coming years, it is important to continue diligent, systematic work on the implementation of the declared provisions of the EAEU Treaty, ensuring the freedom of movement of the four factors of production and systematically removing barriers to the single market – both in general, as well as in specific sectors: electricity, transportation services, oil and gas, finance, and so on.

Secondly, given the historically-established importance of the public sector in the economic structure of the EAEU countries, government procurement is one of the key areas that influence the development of that market. Here, the immediate tasks are to ensure the mutual recognition of electronic digital signatures (EDS) and bank guarantees, as well as the creation of a single electronic platform for public procurement in the EAEU. In the future, it would be possible to agree on various preferences and privileges for applications, which ensure a certain share of industrial cooperation between the enterprises of three or more member states.

Thirdly, in 2011 and in 2014–2015, sharp devaluations of the currencies of two of the Union’s countries led to trade conflicts. Therefore, it is not enough to create a common domestic market. It is also necessary to maintain macroeconomic stability in order for it to function smoothly. This is why the convergence of macroeconomic indicators among the member states by coordinating their monetary and currency policies is so important.

Fourth, in order to effectively work on the elimination of barriers, it is necessary to strengthen intergovernmental communication within the Union. The EEC Council, at the level of extremely busy vice-premiers, still serves as a platform for interstate coordination, and not as an effective supranational administrator. To solve this problem, the programme director of the Valdai Club, Timofei Bordachev suggests, looking at the European experience, transferring this function to an institute of permanent government representatives with the EEC Council (in the EU they are called COREPER I and II), which would perform the preliminary coordination of positions between governments and transform it into a constant, straight-forward and transparent process.The first president of Kazakhstan, Nursultan Nazarbayev, who from May 29, 2019 may take the post of honorary chairman of the EAEU, recently noted that “the EAEU has shown its effectiveness.” Despite the criticism, even now, the Eurasian Economic Union can boast of being the second largest integrated trade and economic bloc in the world. Although the mutual trade of its member states is still relatively low (about 14% of total trade), the EAEU has already achieved deeper integration with fewer internal barriers and exemptions than organisations such as MERCOSUR, USMCA and ASEAN.The results of the Eurasian Intergovernmental Council in Yerevan added reasons for optimism. The instant removal of four serious barriers to the EAEU’s single market underscores the viability of the organisation, and, hence the parties were able compromise its relevance for the member states. In Western literature, this ability of an integration bloc to overcome difficulties is called resilience.Source: http://valdaiclub.com/
Share this article