Leaders Have to Listen to Different Voices

What is your opinion on the current policy of Donald Trump towards NATO? 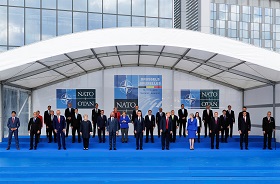 Christopher Harper:
NATO Is Too Strong to Be Destabilized by One Particular U.S. President

In my opinion, Mr. Trump has very little experience and very low understanding of international, political, and security management. He is a businessman, so he sees everything in dollars and from a win-lose perspective. He likes to win and doesn’t like to lose. In his view, NATO relies on the U.S. - as in the dollar business, he looks at contributions to defense. Countries agreed to spend 2% of their GDP on NATO. Trump has aversion to alliances, he thinks that they are much more encumbering than helpful. He has this kind of an open-minded vision that the U.S. can do anything alone and doesn’t need any help. It might have been the case some time ago, but in my opinion, the world today is too interdependent to allow this kind of thinking.

The U.S. is very diverse, you can find a group of people who would support any kind of idea. Trump has found a group of people, who support his thinking because it’s simplistic. He is very perceptive. He has touched a nerve with lot of discontent people, and, unfortunately, he has been contributing to some of it.

However, Trump also realizes that President Putin does not like NATO at all and perceives it as a threat to what he wants to achieve. At the same time, Trump hears all these complaints and sees the problems that Russia provoked in Ukraine. So, his opinion shifts back and forth.

How do you see the prospects of new military technologies, including the use of artificial intelligence?

I see here a potential for real problems. The reality is that it is human design that goes into the construction of algorithms dictating machines’ behavior. It starts with the human decision. What to factor in, what to give priority to, what to buy, all these things. So, I think that the idea that you can have purely neutral machine learning is unrealistic. There will be some biases. Can we understand these biases? I do not know. It would make me happy if they could be identified.

However, there is also a good potential: you can get solutions, identify things faster. In cybersecurity field, one of my companies has built a capability of machine learning of behaviors inside computer networks. It can give you a confidence factor, whether your machine is infected or not, that’s a simple example. It will say 95%, which is OK. If the number is smaller, we will try to identify what the problem is. We use machine learning, although it is not perfect.

How would you assess current regulation of cybersecurity field? Is it adequate to the new threats? 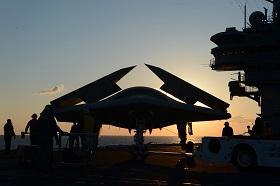 The U.S. has been struggling for several years to come up with a coherent government policy. And there is a dilemma: you have a desire to set policy guidelines and very high standards for clean systems, but at the same time there is a pushback from people who prize their individuality above all and who do not want the intrusive cybersecurity looking into everybody’s network, because they want to have their own freedom.

How serious are the cyber threats to the Navy?

From my experience, there are several aspects to the problem. Deficiencies, penetrations, and insecurity are self-inflicted. People do not pay attention, do not follow the rules, violate standards. It makes it easy for the bad guys to get in. In my experience as Commander, at least 75% of problems could have been prevented, without any outside help at all.

There are also more sophisticated, long-term threats. Generally I believe that if the system is electronic, sooner or later, someone will figure out how to get into it. Just like with the invention of radar: “Wonderful, we can see things!” Then the electronic countermeasures appear: deception, jamming, spoofing. It goes on and on for decades, and basically the same thing happens with cybersecurity.

We have made a huge mistake in the Navy 15-20 years ago. Computer advisors told us: “You can automate everything, you can get great knowledge, so that a commander can sit at the bridge of the ship and see what is going on everywhere. You can see the engine room, the weapon system, navigation, you can get the news from New-York or Moscow.” Wonderful? No. The problem is that it is all connected to the Internet. It is used to get news, music, etc. And the engineering system on the ship is tied to the same navigation. So, if somebody wants to get inside and cause trouble, they can do it easily. Lack of connection to the Internet can make many infrastructure systems much more secure.

Does the use of machine learning and automation by developed countries increase the risk of an asymmetric response from countries and non-state actors, which do not possess these technologies?

I think the knowledge and the technology will proliferate. Look at ISIS or Al-Qaeda. When I was Commander in Iraq, they took advance of computer capabilities and very cleverly used the bits and pieces they needed for their purposes. They had a couple of guys who went to school and figured out how to do that. The proliferation of nuclear weapons is overplayed, but less expensive technologies can proliferate, and that can cause challenges to the more established countries. That is probably way of the future.

What are the prospects of resuming the U.S.-Russia dialogue on strategic stability?

There is a lot of suspicion on both sides, a lot of distrust. I think we’ve missed the opportunity to take positive steps forward, it is ridiculous. However, anything can happen. Would you expect Trump and Kim Jong-un to meet? A lot of things are possible, but it takes will and leadership.

When I just became Admiral, someone told me two things: “First, you do not have to worry about going hungry anymore. The second thing is a problem. You will have difficulty hearing the truth.” I think leaders have to listen to different voices and then they have to use their heads and experience to make decisions.

Rate this article
Share this article
FOLLOW THE LATEST DEVELOPMENTS
Project
Russia and the US: Problems in Bilateral Relations, Regional and Global Challenges
Related materials
The US Navy’s Angry Birds

Outlook for the US Navy’s UCLASS Programme

NATO Is Too Strong to Be Destabilized by One Particular U.S. President

Close Encounters of the Third Millennium