NATO Is Too Strong to Be Destabilized by One Particular U.S. President

Following the Putin-Trump summit in Helsinki, foreign policy community does not cease to discuss the aftermath of the event and the prospects for Russia – US and Russia – NATO relations. On the sidelines of RIAC – ELN seminar, RIAC website editor Maria Smekalova discussed the most pressing issues with Air Marshal Sir Christopher Harper, former Director General of the NATO International Military Staff.

Following the Putin-Trump summit in Helsinki, foreign policy community does not cease to discuss the aftermath of the event and the prospects for Russia – US and Russia – NATO relations. On the sidelines of RIAC – ELN seminar, RIAC website editor Maria Smekalova discussed the most pressing issues with Air Marshal Sir Christopher Harper, former Director General of the NATO International Military Staff. 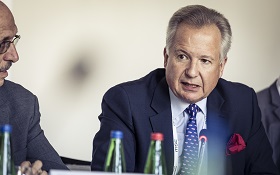 How is the Helsinki summit going to influence the security atmosphere in the international affairs as a whole and in NATO-Russia relations in particular?

Up until 2016 I served as the Director General of NATO Military Staff and I’m now an independent defense and security consultant. In my opinion, the disappointing thing that emerges from the summit between Presidents Putin and Trump is that there has been much concentration on the more sensational aspects of the press conference, on some of the comments made to the media, rather than what actually happened in the room. So much so, that actually one is left wondering what was discussed in the room. And there was a great deal of anxiety prior to the summit that some concessions might be made between the two leaders that would be unwelcome by some members of the Alliance and that appears to have been avoided. There was some hope that there would be some potential for improved dialogue to restore some of the stability that we all seek on nuclear weapons proliferation and the control of that. But unfortunately, it doesn’t seem that a great deal of progress was made in that area either. One thing is for sure, though: that it is better to have the leaders of these two significant powers talking than not talking. I would rather that some dialogue took place rather than no dialogue. The reason we have gathered the European Leadership Network and the Russian International Affairs Council here in Moscow is to see whether we can contribute to there being better dialogue between the Russian Federation and NATO. At the moment, we’re, I’m afraid, not making particularly good progress with that because despite many undertakings to the contrary, what we seem to be doing is concentrating on history, on blaming the other side for where we stand at the moment, rather than trying to take a forward-looking, proactive view of finding those areas where useful compromise can be made.

And what are those areas, in your opinion? Do you have any thoughts on that? 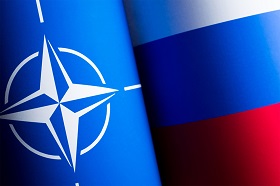 Oh, I do. I really do believe that there are certain aspects of Russian doctrine that could usefully be removed, for example, the potential to use nuclear weapons to de-escalate a crisis. My view, and it’s a personal view, is that any use of nuclear weapons is irresponsible and must be avoided at all costs. We can’t dis-invent them, but controlling them and not using loose language about their use is vitally important. And indeed, there are many areas where NATO allies and Russia will never be able to agree. One of those that stands up front and center at the moment is the status of the Crimea, but there are other areas around the world where actually we could agree and start some useful dialogue. One of them is what’s going on in and around the East of Ukraine at the moment. But as we just throw rocks at each other about the things we can’t agree about, we’re unlikely to make progress in those areas where we might.

As much as it may sound unpleasing to Russian politicians, we can consider NATO policy of moving East to be a sealed deal, right?

Can I just make a really, really fundamental point about that? I would’ve thought that we were beyond this kind of level of discussion, but clearly we’re not. Even today during the discussion I heard the term of NATO moving East. NATO doesn’t move anywhere. When a nation seeks to join the North Atlantic Treaty Organization, it goes through an incredibly rigorous entrance process. It has to show that it is a democratic society which has political control of its military. It has to absolutely demonstrate that more than 50 percent of its public through democratic process wishes to join the Alliance. It has to demonstrate that there is freedom of its national media. And there are other really, really important criteria. And if and when a nation can do that, and indeed can demonstrate that it’s going to be a contributor to the Alliance rather than a consumer of Alliance security, then it is allowed to join. This is not NATO reaching out to nations, invading them, inveigling them to join the Alliance. This is democratic nations of their own free will wishing to contribute to and receive the benefit of collective defense and security.

Should the Georgia – process be finalized soon, how do you see Russia – NATO dialogue moving forward from this point? This very aspect of our relations seems to be most sensitive militarily. 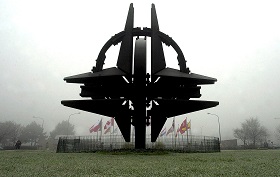 Dmitry Danilov:
NATO–Russia Council: What Are the Outcomes?

I accept that it is a sensitive part of the relationship between NATO and the Alliance at the moment, but we’ve just had a NATO summit in Brussels. There has been no particular substantial move forward in terms of membership accession with regards to Georgia or the Ukraine. And there are very good reasons for that, including those that I have already described to you as the membership accession requirements, which as we stand today, have not been met. So it’s a moot question, quite frankly. Instead of looking at that particular possibility for the future, which is not imminent that is for sure, why don’t we concentrate on trying to fix some of the potential misunderstanding that are so very, very prevalent, which concerns so many people, both in your country and in the allied nations of NATO?

Do you have any personal thoughts on the Trump factor in transatlantic unity? Has Trump’s presidency affected the way nations feel towards each other?

Well, I believe that the North Atlantic Treaty Organization is too strong and coherent to be destabilized by one particular president of the United States. That is not to say that some of the somewhat unconventional non-traditional approaches used by President Trump don’t have an effect within Alliance capitals. But at the end of the day, let’s look, as an example, at the communiqué that was published after the Brussels summit last week. It includes 79, I think, pretty substantial points on which all 29 NATO allies agreed. Nothing is done in the Alliance without the consensus of 29, and all 29 heads of state and government agreed to that very, very substantial communiqué, and one of those 29 was President Trump.

FOLLOW THE LATEST DEVELOPMENTS
Project
Russia and Euro-Atlantic Community
NATO–Russia Council: What Are the Outcomes?

On Minimal Results and Positive Signals

Towards a NATO-Russia Basic Understanding

NATO, NATO Summit, Donald Trump, Russia, USA, Ukraine, Georgia
Reader's choice
HideShow
Choice without a Choice
U.S.-Russia Relations at a Crossroads
Russia and the EU in Syria: Need for New Approaches?
Focusing on the Bigger Picture
Where the 2020 Presidential Candidates Stand on Russia