1917 Russian Revolution: Changing the Geopolitical Map of the World Revolution Had a Huge Impact on the Events of the Twentieth Century

November 7, 2017 marks the centenary of the October Revolution. The 1917 events had a serious impact not only on Russia's internal situation, but also on international relations — the confrontation between the newly-formed Soviet Union and the countries of the capitalist world was clearly apparent. Along with the end of the World War I and the Versailles Treaty of Peace this process also changed the geopolitical and geographical map of the world.

November 7, 2017 marks the centenary of the October Revolution. The 1917 events had a serious impact not only on Russia's internal situation, but also on international relations — the confrontation between the newly-formed Soviet Union and the countries of the capitalist world was clearly apparent. Along with the end of the World War I and the Versailles Treaty of Peace this process also changed the geopolitical and geographical map of the world. 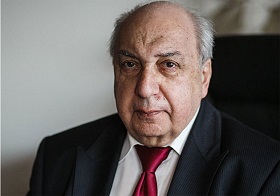 November 7, 2017, marks the centenary of the October Revolution. How did the revolution affect the nature of international relations in the 20th century?

Today we have a different approach to the periodization of the revolution. Two years ago it was confirmed that the revolution should be viewed as a process that began in February 1917, continued in October and ended with the Civil War. After a long discussion, we came to the conclusion that the Civil War was an integral part of the revolution, so today we call it the «Great Russian Revolution» of 1917-1922.

There is a formula: if the 19th century passed under the flag of the French Revolution, then the 20th century passed under the banner of the Russian Revolution. The revolution had an affected international relations in several aspects. It introduced geopolitical changes in international relations: a clear social opposition between the newly formed Soviet Union that announced the building of socialism and the capitalist world. The revolution undoubtedly influenced the ideas of national liberation and anti-colonial movements. Not long ago there was a conference, with a session on Latin America addressing the impact of the revolution on the region. A special report from China — «Revolution and China» was also discussed at the conference, as revolution had an impact on China as well.

No matter how we evaluate the revolutionary events and criticize them for disproportionate use of violence, they were accompanied by strong social slogans: slogans of justice and struggle against wealth, attracting the attention of Russia’s population. The revolution provoked reaction all over the world. In particular, many countries faced serious social transformations caused by the events in Russia: the emergence of free education and medicine, labor contracts, attention to the role of trade unions, etc. In this sense, one can speak of the serious impact of the revolution on social development. The revolution also meant the collapse of the Russian Empire. At the same time, the Ottoman and Austro-Hungarian empires collapsed. This was a joint process that had a great influence on the development of international relations.

These events can be looked at differently. As a result of the Great Russian Revolution and subsequent events in the world such countries as Latvia, Lithuania, Estonia, and Poland will celebrate the centenary of independence in 2018. Finland got its independence directly from Lenin, in December 1917. All other countries would have hardly achieved independence without a revolution in Russia. Therefore, along with the end of the First World War and the Versailles Treaty of Peace this process also changed the geopolitical and geographical map of the world.

Some experts believe that the Cold War resulted directly from the events of 1917, but I don’t support this idea. The Cold War had its own rules, regulations, laws, and chronological framework. A rather strong opposition emerged after the Russian Revolution, and it lasted throughout the 1920s and 1930s. However, this process was ambiguous, and the period of normalization also took place. Nevertheless, it was at that time that the confrontation originated and ended only in the early 1990s, when the Soviet Union collapsed and Russia took a different path of socio-economic development. The ideological component of this confrontation disappeared.

Everybody recognizes that the revolution had a tremendous impact on the events of the 20th century. Recently, there was a large conference with more than one hundred foreign scientists participating. And everyone agreed on the historical significance of revolutionary events.

What reasons led to the incorporation of «The Great Russian Revolution» formula into the public awareness? What was it caused by?

The word «great» is not entirely appropriate as it does not have a positive connotation. Its use is justified not by the greatness of the revolution, but by the influence that it had. In a similar way, the French Revolution is called the «Great French Revolution» around the world, but it does not mean that its events had only positive value.

As mentioned above, we depart from the idea that in the Soviet time the significance of the February Revolution was denied. Now we view this period as a phase of one big process called the «Great Russian Revolution».

Were the revolutionary events of 1917, in your opinion, the result of internal socio-political and economic processes or were they created artificially? 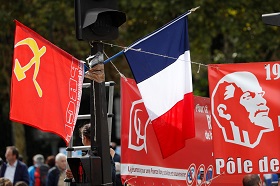 I'm a big opponent of conspiracy. Of course, there was some external interest — Germany was interested in the Russian revolution. However, revolutions do not arise externally. Revolutions, including the Russian Revolution, arise on «internal» ground. Revolutionary events were the result of both social unrest and, what is very important, the crisis of the political elites of imperial Russia. One of the biggest mysteries is how the emperor could be overthrown in just two or three days without protests from the elites and the population? And, most importantly, without the protests of the church? All this attests to a profound internal crisis.

What are the differences in the assessment of the revolution among Russian scientists?

There are concerns about the causes of the revolution and discussions about the situation in Russia on the eve of revolutionary events. A number of our researchers stick to the old point of view suggesting that until 1913 Russia was among the least developed countries. However, most historians, using newer data, state that in 1913 Russia was on the rise, ahead of many countries in terms of the pace of development and was not «doomed» for the revolution.

There are also disagreements in the assessment of the October Revolution itself. According to the old tradition, a number of historians still deny the nature of the revolution as a process and, using the old terminology, consider the February revolution a bourgeois one that was dragging Russia to the other side. In accordance with their position, it was the October Revolution that brought the country to the path of development.

Finally, there are disagreements over what is known in the West as the legacy of the revolution — the events that took place in the country in the 1920s and 1930s. I would not say that the disagreements are fierce, but still there are different points of view and different assessments.

Is the position of Russian historians on the issues of revolution well-known abroad?

I think, not well enough. To our great surprise, there is a great interest in the revolution in other countries. Almost all large countries held conferences and exhibitions. For example, there was a large-scale exhibition in London, a huge exhibition in Berlin, a conference in Paris, several conferences in Italy, let alone Latin America. Many books devoted to revolutionary events have been published. For example, a joint Anglo-American work, released in London and New York. However, Russian experts’ point of view is little known in the West, and this is, of course, bad. I think that we need to use all channels to promote the opinion of Russian historians on the issues of revolution, including RIAC, the Federal Agency for the Commonwealth of Independent States, Compatriots Living Abroad and International Humanitarian Cooperation (Rossotrudnichestvo), and other organizations. RAS Institute of Russian History has published a book «The Russian Revolution of 1917: Power, Society, Culture» in Russian, RAS Institute of World History is now preparing to publish materials of past conferences in Russian, however, all materials will be posted on the website both in Russian and in the languages of the original. It is also necessary to encourage historians to travel abroad. I think this is our main task.

Is there a difficulty in teaching this historic event today?

Two years ago, during a meeting with school teachers, we discussed difficult issues of national history — events that, according to teachers, are difficult for teach. The problem of revolution is among them. We prepared two brochures specially for teachers by Yuri Petrov, Director of Institute of Russian History, and Professor Alexander Shubin from the Institute of World History of the Russian Academy of Sciences. They are already published, and we are sending them to schools.

We need to present a modern view of the revolution to the schools, give teachers different opinions. In 2018, we will hold another conference for history teachers, and I am tempted to include several reports on difficult issues of national history, including the assessment of the revolution, in the conference program.

What books, covering the events of the revolution, would you advise?

I would recommend the book «The Russian Revolution of 1917: Power, Society, Culture», published by the Institute of Russian History of the Russian Academy of Sciences. A rather controversial, in my opinion, but interesting and sensational biography of Lenin was released some time ago. The author is Lev Danilkin. Besides, Kerensky's biography, written by Boris Kolonitsky, a historian from St. Petersburg, was published. So I would advise you to get acquainted with these books.