Syria: from Demilitarization Zone in Idlib to Quartet Summit

The possibility of military intervention by Bashar Assad forces in Idlib early September increased pressure on all foreign players of the Syrian conflict. But at the same time it enabled progress, which brought closer the EU, Turkey and Russia. The deal between Vladimir Putin and Recep Tayyip Erdogan over demilitarization zone revived the possibility of summit with the participation of France, Germany, Turkey and Russia. The meeting will be held on October 27 in Istanbul.

The possibility of military intervention by Bashar Assad forces in Idlib early September increased pressure on all foreign players of the Syrian conflict. But at the same time it enabled progress, which brought closer the EU, Turkey and Russia. The deal between Vladimir Putin and Recep Tayyip Erdogan over demilitarization zone (DMZ) revived the possibility of summit with the participation of France, Germany, Turkey and Russia. The meeting will be held on October 27 in Istanbul.

The accomplishing of DMZ is an important step on the way to convene the quartet summit. Till the 15th of October all radical and terrorist groups should be evacuated from this area. By October 10 Turkish Defence Minister Hulusi Akar confirmed that all heavy weaponry including tanks and artillery systems had been already withdrawn. For its part Russian Foreign Minister Sergey Lavrov praised the "implementation of agreements" on DMZ and said that the process is going on “quite progressively”. 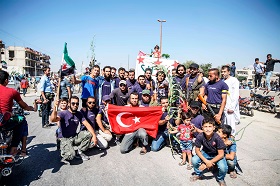 Ruslan Mamedov:
The Fate of Idlib. Is It Important for Russia?

The progress in Idlib, creation of a buffer zone between the government forces and opposition creates an atmosphere of security for local residents. Even if the Lavrov calls the DMZ a "preliminary measure". Following the Idlib bargain near 60, 000 Syrians earlier escaped Assad’s offensive returned to their homes in the province. This security and peace in North-West Syria eliminates gradually the fears in the Europe about a new refugee crisis on the Syria-Turkey and thereafter on the Turkey–EU borders.

The finalization of a 15 km zone in Idlib free of armed groups and weapons and joint Turkish-Russian patrol in it is certainly a sufficient condition for Merkel, Macron, Erdogan and Putin to come to a joint meeting. The aim of Russia and Turkey is clear — inviting the EU to the reconstruction of Syria, what according to UN requires around $250 billion. Prior to Sochi meeting with Erdogan Putin could not persuade Merkel to dole out money. It seems that now conditions in Idlib were changed, the possibility of humanitarian catastrophe is averted and the EU should have been more cooperative on this issue. Not exactly.

Speaking at a joint briefing with Erdogan in Berlin Merkel said that the situation in Idlib still remains "fragile". The German Chancellor is absolutely right. Even If a buffer zone is successfully established, the future of the rest parts of the province is in doubt. Terrorists from Hayat al-Tahrir al-Sham (HTS) who control about half of Idlib reject negotiations with Ankara and will not to give up weapons — the key condition for the existence of Russia-Turkey deal. To prolong the security in Idlib and keep refuge crisis away Ankara is forced to withdraw HTS from DMZ and then from the whole province, either on HTS’s own will or by force. If Ankara fails to do that, Assad supported by Russian air forces and Iranian proxies will renew the military operation.

The second issue limiting EU’s willingness to aid North Syria is of political nature. German FM Heiko Maas as well as French officials have already made clear, Berlin and Paris will not pay any cent if Assad remains in power and there is no political development towards free elections. For Moscow and Tehran this is “no go scenario” until Assad restores control over the whole Syria. The EU may be willing to keep Idlib under the influence of anti-Assad Turkey, but this is not a reasonable and long-term option given the willingness of Russia ultimately to give Idlib back to the Syrian president. 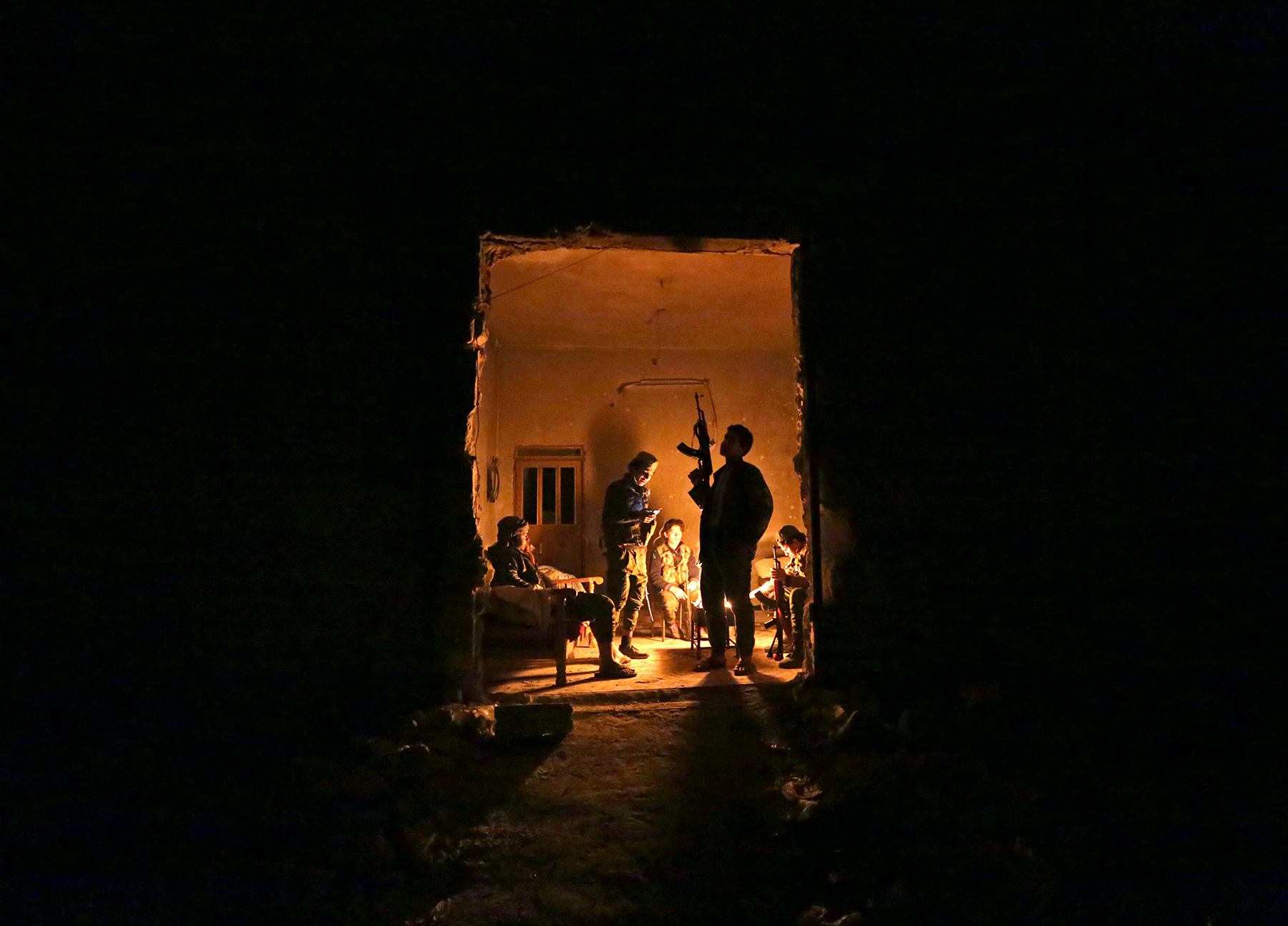 Kirill Semenov:
Can the Idlib Memorandum Freeze the Conflict?

Therefore, the upcoming summit between France, Germany, Turkey and Russia at this stage would be no more than declaration of intention. In the same manner as the meetings in the Normandy format over the Ukrainian crisis. Nevertheless, such a quartet meeting should be considered as an important step to build a dialogue and trust between the three NATO allies and Russia. In the long-term perspective all four players are interested Syria’s stability, which enables the return of millions of refugees from Turkey and the EU and forges more incentives for Brussels to finance the reconstruction of a war-torn country. The break of Idlib deal is especially dangerous for the mainstream parties in the EU when far rights gain power from Sweden to Italy.

The single looser of EU–Russia–Turkey alliance is the United States. If four countries agree on Idlib, Russia and Turkey will have more capacity and common ground to raise the question of the American presence in the East Euphrates. Last week Lavrov reminded the US is playing a dangerous game by creating Syrian Kurdistan. The US will do anything possible to undermine the creation of another political platform in Syria — in addition to the Astana format — without its own participation. After the release of a detained American pastor Andrew Brunson the US may promise Turkey more backing in Idlib pushing it to create there the same zone of influence as in Afrin or Al-Bab–Jerablus–Azaz triangle. The same pressure will face the EU, for example in form of new tariffs.

On October 10, the Russian Defence Ministry warned that ISIS attacked HQ of Al-Nusra killing White Helmets and seized canisters with chlorine. A chemical provocation could be another «appropriate option» to stop all efforts taken by Russia and Turkey for securing Idlib and opening the way for the quartet summit.

Power Struggle beyond the Borders: Turkey-Syria Relations and Reconstruction of Syria

The Fate of Idlib. Is It Important for Russia?

Russia has to take a restrained position on the issue of Idlib so that the developments in Syria evolve in line with its interests. On this, Turkey can be helpful, if it proposes solutions on the settlement of the situation in the eastern part of Syria for the sake of preserving the country’s territorial integrity.

Can the Idlib Memorandum Freeze the Conflict?

Tags
Idlib, DMZ, Turkey, Russia, European Union, Refugees, HTS
Reader's choice
HideShow
Coronavirus: A New Bug or Feature of World Politics?
The Thucydides’ Trap: the Avoidable Destiny Between the US and China
Addressing Unresolved Challenges in U.S.-Russia Relations
The Troika Rears its Head Once Again
The World After COVID-19: Does Transparent Mean Healthy?