Power Struggle beyond the Borders: Turkey-Syria Relations and Reconstruction of Syria

In recent decades, the Middle East has become a playground of the great powers and their supported legal-illegal groups. As most of the Middle-Eastern countries which tend to be polarized due to their social structure, Syria has now been struggling with an internal disorder for 7 years. Unfortunately, the disorder or in other words “Syrian Civil War” caused a massive destruction throughout the Syrian land. Nevertheless, the war is expected to come to the end and immediately afterwards, Syria will undergo a reconstruction process. Turkey attempts to participate in the process of reconstruction despite the fact that the regimes of both countries oppose each other. The main purposes of the attempt are as clear as they could be: to provide humanitarian assistance to co-religionist people of Syria and to send back the refugees which are hosted in Turkey at the moment.

In recent decades, the Middle East has become a playground of the great powers and their supported legal-illegal groups. As most of the Middle-Eastern countries which tend to be polarized due to their social structure, Syria has now been struggling with an internal disorder for 7 years. Unfortunately, the disorder or in other words “Syrian Civil War” caused a massive destruction throughout the Syrian land. Nevertheless, the war is expected to come to the end and immediately afterwards, Syria will undergo a reconstruction process. Turkey attempts to participate in the process of reconstruction despite the fact that the regimes of both countries oppose each other. The main purposes of the attempt are as clear as they could be: to provide humanitarian assistance to co-religionist people of Syria and to send back the refugees which are hosted in Turkey at the moment. 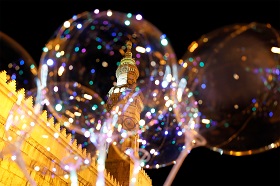 Syria shares Turkey’s southern border, which is the country’s biggest one (911 km) Relations between Turkey and Republic of Syria date back to the foundation of Republic of Syria in 1963 after the takeover of Ba’ath Party. In the 1990s, Turkey accused Syria of supporting a Kurdish terrorist organization, PKK. Damaged affairs between the two countries normalized in 1998 following Adana Treaty and remained so until the 2011 breakdown, caused by the triggering conflict between al-Assad regime and the opposition. Throughout the 7 years of the civil war, the governments of Turkey and Syria faced off against each other numerous times. Even the AKP government in Turkey did not hesitate to support the Free Syrian Army, one of the main oppositions to al-Assad regime in Syria. However, it would be wrong to connect this conflict to denominational differences. Colliding interests and the rivalry between Recep Tayyip Erdoğan and Bashar al-Assad during Syrian Civil War made the two main actors of the Middle-East go against each other many times. On the other hand, it is necessary to mention the impact of the allies of both states in this context as either catalyst or anticatalyst Russia and Iran play decisive role in balancing Turkish and Syrian governments and fighting collectively against such common enemies as IS. Moreover, current support of the United States to Kurds in Syria and the economic war declared by the U.S. to Turkey worsened the relations between these countries. As a result, Turkey decided to cooperate with Russia, one of the guardians of al-Assad regime, once again on a Syrian city, Idlib. In addition, Turkey has played a significant role in hosting the Syrian refugees who ran away from Syrian civil war. In the last 7 years, Turkey has welcomed 3.5 million registered refugees from Syria and spent over USD 30 billion on the services provided for them.

The war has done devastating damage to the. According to the World Bank report about the damage of Syrian Civil War to country’s economy, 7 percent of country’s physical capital stock was destroyed and 20 percent was partially damaged. More than a half of Syria’s population is displaced; the cumulative loss in GDP reached 226 billion USD by the end of 2016. Furthermore, approximately 26 percent of housing units in Syria are either partly damaged or destroyed. The damage to electricity grids and the water infrastructure should not be underestimated. According to the report, total cost to reconstruct Syria all over is expected to reach 350 billion USD. Such kind of massive destruction requires a well-organized restoration project that will involve all the legitimate powers that fought in Syria. 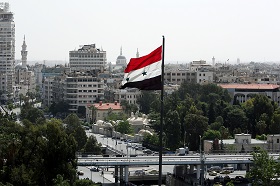 From many perspectives, reconstruction of Syria is a way of re-declare the governmental power for Bashar al-Assad. As it is known, there are not only local parties fighting in Syria: the external powers have gotten involved in numerous fields and turning the situation into a power race. In al-Assad regime’s view, reconstruction process will re-establish the power of current government on Syria. Besides, the regime implies that the process must be done with helps of primarily ultimate allies. Therefore, Russia, Iran and China have already started taking some steps to lead Syria’s postwar reconstruction. However, due to the nature of the conflict, Syrian land is divided into parts which are controlled by different parties. Forces of Syrian government, US-backed Kurds, opposition and Turkish-backed rebel forces are the main ones at the moment. Therefore, it is not possible to talk about a collective reconstruction process but several attempts have been made. Turkey seeks to participate in the process of reconstruction, but the question will it get as big a piece of cake as it desires?

The role Turkey wants to play

Turkey has been one of the controversial external actors in the Syrian conflict. Turkey and Syrian civil war have had a significant influence on each other. Syrian refugees, terrorist attacks carried out by IS, mortar assaults from Syria to Turkey and conflicts over Syria between Turkey and other states are the main examples of how Syrian civil war affected Turkey’s both internal and external stability. After all, Turkey wants to put an end to all its problems and benefit from the process of reconstruction. Since the beginning of Syrian civil war, Turkey has managed to maintainits presence in Syria, except for the major crises such as the SU-24 conflict with Russia. It is another topic for discussion whether Turkey’s Syrian policy was effective or not in the framework of national interests. Syria has had a place in Turkey’s agenda for 7 years without any deduction butit is still uncertain if Turkey will be able to participate in reconstruction of Syria.

As it is widely known, construction business is one of the main industries in Turkey’s economy. Today, many Turkish construction companies successfully operate abroad. However, being good at its job is not enough in the context of Syria’s reconstruction. Turkey has already taken steps to reconstruct some parts of northern Syria, especially in the region where Turkey had carried out the operation “Euphrates Shield” but these steps do not meet Turkey’s expectations utterly and they desire for more. Therefore, Turkish government is trying to set up the deals that would enable Turkish construction companies to work all over Syria. Unfortunately for Turkey, its economy does not benefit from Syria in today’s circumstances. Even though Turkey has done a lot for the citizens of Syria, taking a side that opposes Bashar al-Assad prevents Turkey from receiving a share in the Syrian market. Today, Turkish companies cannot find a place for themselves in Damascus International Trade Fair or equivalent events in Syria. Therefore, it does not seem likely for Turkish construction companies to participate in reconstruction of Syria unless bilateral relations between Turkish and Syrian governments go under a normalization process. Al-Assad’s government officials spoke about not willing to team up with any countries which have criticized their regime and Turkey is deemed as one of those countries. On the other hand, current cooperation between Turkey and Russia may help to make an inversion on Turkey’s status regarding reconstruction of Syria. Since the death of Mustafa Kemal Atatürk, founding father of Republic of Turkey, choosing a side between the United States of America and Russia has always been a step to take for Turkish foreign policy. Today, Turkey is becoming distant from the United States as president Recep Tayyip Erdoğan claimed: “The US is targeting Turkey in economic war.” Moreover, relations with Russia have improved and followed by the cooperation on Syrian issue in different dimensions. Being fully aware of the capabilities of Turkey’s construction companies, Russia may play a significant role as a mediator between Turkish and Syrian governments. Quick reconstruction of the cities and ability to operate large-scale projects are the main advantages of Turkish companies that enable them to sit at the table confidently. If Turkey manages to obtain Russia’s support in this context, the future of Turkish construction companies may be brighter in Syria.

To sum up, reconstruction project in Syria is very favorable for Turkey taken its current economic situation. Economic crisis is expected to leave a huge damage on Turkey’s economy. Inflation rate is swiftly going up and monstrous construction projects are difficult to find buyers for. Therefore, having a share in the reconstruction of Syria is yet more important for Turkish companies. Due to the negativity of the situation for Turkish side, it is possible to expect more effort on behalf of the Turkish government to participate in the process of reconstruction, while Russia’s presence is becoming more and more significant for a possible progress.

Russia is not an alternative to Turkey’s cooperation with the European Union; neither Turkey is a substitute for Russia working harder to resolve its problems with the United States and Europe

The opportunities for Turkey and Russia in Syria

Iran’s Presence in Syria: Is It There for the Long Haul?

Tags
Middle East, Syria, Turkey, Russia
Reader's choice
HideShow
About the Wise Monkey Who Came Down from the Mountain
Egypt May Become the Next Bergamo
Migration Consequences of the “Perfect Storm”: What Effect Will the Coronavirus Pandemic Have on Migration Issues?
Will China’s 14th Five-Year Plan Be Able to Deliver on Its Objectives?
Ambassador Anatoly Antonov's Open Letter