Despite the potential for geopolitical consolidation, China’s strategic handling of the Kazakhstan crisis ceded discourse formation agency to Russia and reaffirmed China’s diplomatic weakness in Central Asia. Neither of China’s triple policy formation institutions of Near-abroad internal security, geoeconomic policy nor traditional foreign policy have the institutional gravity to develop endogenous discourse formation and control structures in the face of Russian and Kazakhstan competition.

However, through inaction, China has now narrowed the institutional space to shape either this or future narratives. In an information space already crowded with Russian and Kazakhstan discourse formation there is diminishing space for China’s multi-institutional conflicting foreign policy typologies to construct themselves into the Eurasian discourse.

The most credible scenario of the cause of the January Kazakhstan unrest is an abortive attempt at a palace coup from intra-Nur Otan factional clan infighting. The ongoing political purge of the Nazarbayev clan members situated in top positions is indicative of who the victorious Tokayev faction blames. Discussing this transparently though is neither in the interest of the ruling Nur Otan party, China’s CCP or United Russia. Operating within spaces of shadow truth then has meant that each of the three state institutional actors has had to craft competing narratives of events, actors, their agency and both the real and the desired outcomes. Constructing and controlling these narratives means first establishing and defending discourse formation control. Assessing the relative success of the three state actors’ abilities to project narratives and control discourse, China has come a distant third to not even particularly convincing or strong narrative formation by the dominant Russia or the subordinate Kazakhstan.

Actual narratives on domestic Kazakh politics center on the politically falling or self-exile of members of the Nazarbayev clan. During the violence though, the Tokayev faction of Nur Otan Party maintaining rule over Kazakhstan immediately opted for a narrative of foreign militants and terrorism. This line from the Kazakhstan capital to explain both the use of violence against the government and the government’s use of violence, remains unconvincing. Defining the threat as foreign was a necessary step to legitimise CSTO deployment, with a secondary path-dependency of having to identify foreign actors. Neither the foreign designation nor the identification of terrorism are in any way convincing. However caught between a domestic audience and the pseudo-legality of the CSTO, the Tokayev discourse is limited in its imaginatory scope. Kazakhstan’s discourse has thus centred on shifting agency away from both the factional power struggle as well moving culpability away from the incensed local citizenry whose initial legitimate protests appear to have been hijacked by political opportunism. 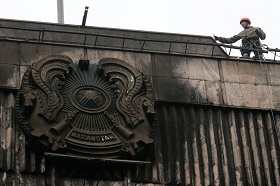 Russia’s emerging narrative has been to position its intervention rhetorically against an overt ‘revolution’ and implied Turkic nationalist elements, a deft game, attempting to meld an entirely domestic Kazakh political event into Russia’s wider regional balance of power games with Turkey in Syria, Karabakh, Ukraine and Africa. Outside observers have tended to focus on either Russia’s potential remilitarisation of the post-Soviet space or on exploring idiosyncratic perceptions of the Sino-Russian relationship in Central Asia. Neither seem concerned with subnational institutions, their competing frictions, or evidence. While the political theatre of Central Asian authoritarian discourse control fools no one in the domestic audience forced to consume it, it does have the institutional outcome of crowding out space for late-comer discourses to form.

This leaves no space but China’s domestic media for the attempt to inject the ‘Three Evils’ policy rhetoric into the information stream or to belatedly begin to engage with the easiest of Pan-Islamist rhetoric. China’s Near-abroad policy towards ethnic Kazakhs in Xinjiang and Kazakhstan alike centres on the outdated Three Evils policy language formation. These Three Evils of terrorism, separatism and extremism manifest as an acute on the Uyghur and Kazakh ethnic minorities in Xinjiang, stressing the threat to the state from Islam, ethno-nationalism and the largely imagined violent pursuit of separatist causes which utilise either of these symbolic representations of power. However linking the recent Republic of Kazakhstan unrest to China’s Three Evils proxy rhetoric alienates China from either the Kazakhstan or Russian narratives. China’s current foreign policy statecraft is not deft enough to align this anti-Turkic, anti-Islamic rhetoric with its geoeconomic policy toward Republic of Turkey, a key geoeconomic hedge against Russia in the Belt and Road policy. Neither does the discourse blaming domestic Islamic separatism have the agility or grapple or to latch on to the combined Russian and Kazakh narratives. Turkey’s Pan-Turkic agenda though does takes a legitimacy hit and a relegation in discourse formation ability due to the Kazakhstan unrest. 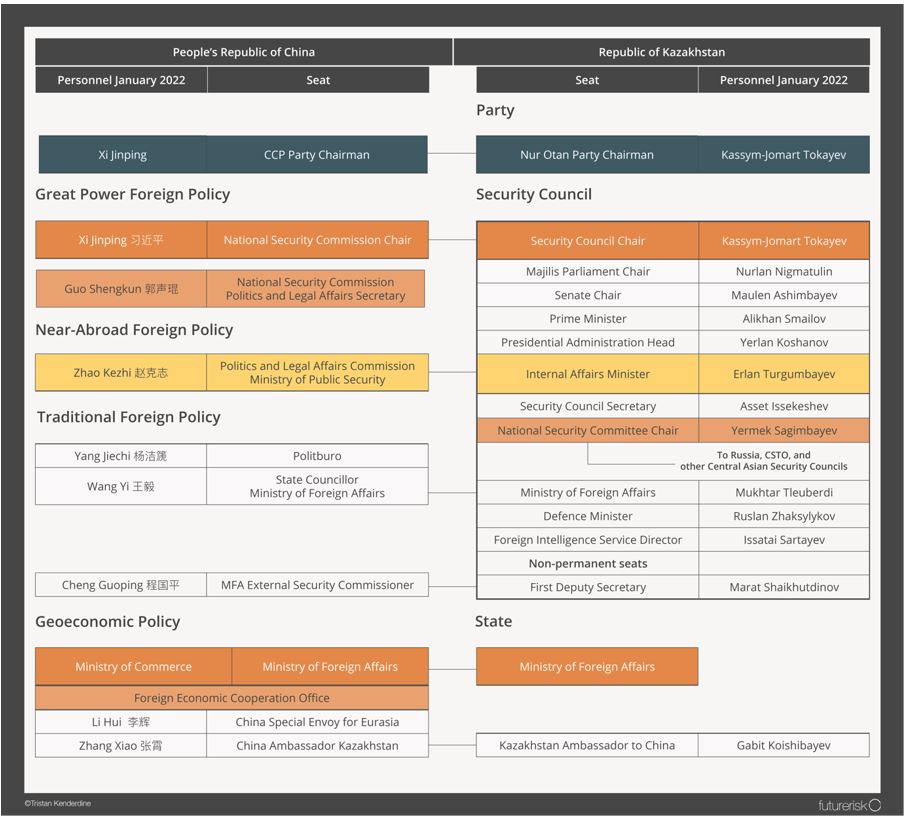 Kazakhstan’s state foreign policy apparatus is weak, but the counterpart in China is also very weak. The strongest elements of China’s Party foreign policy institutions though tend to ignore Kazakhstan as too small, while the strongest actual connection between Kazakhstan and China is through the domestic security integration framework, between the Politics and Legal Affairs Commission on the China side and the Security Council on the Kazakhstan side. 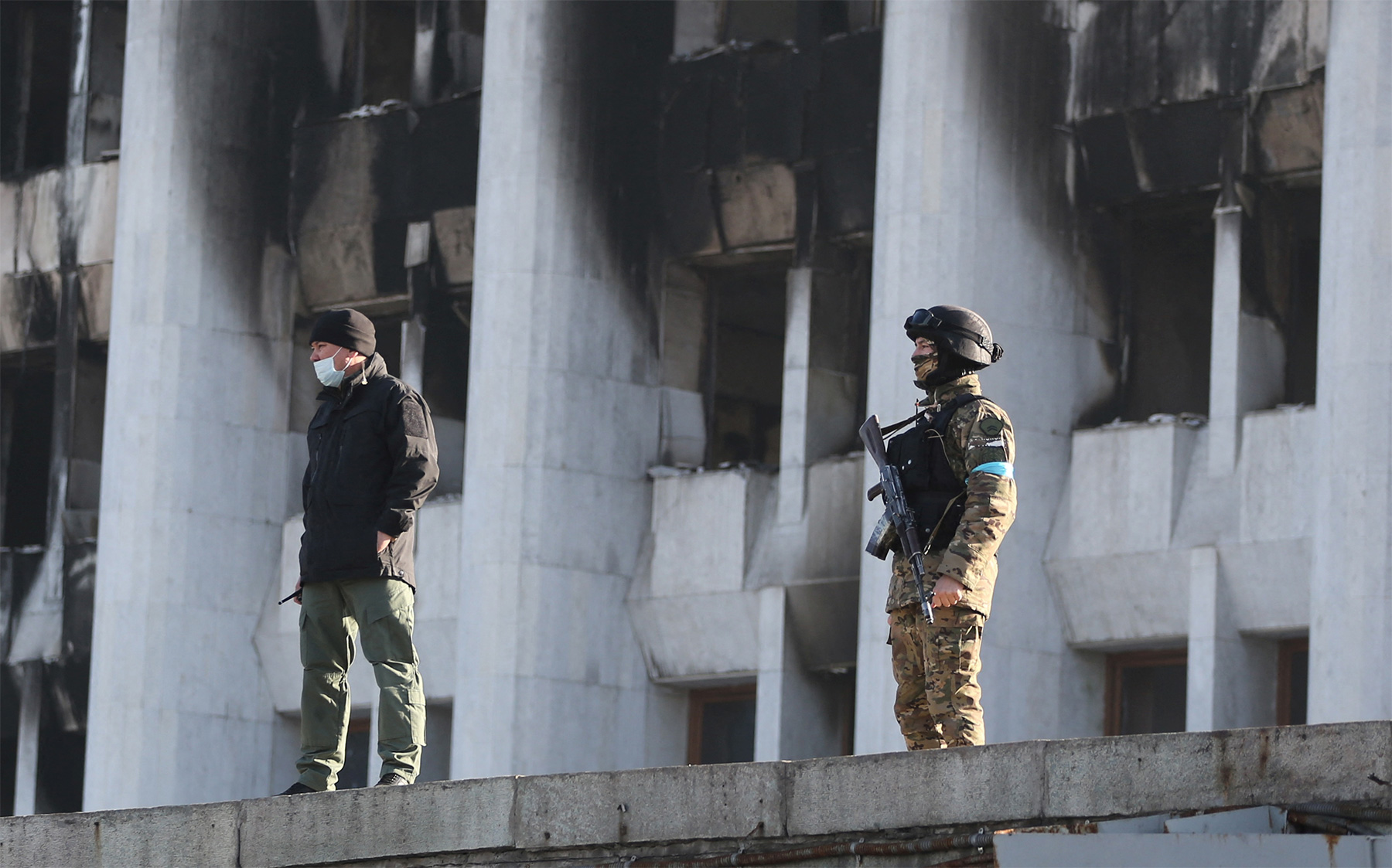 China’s Political and Legal Affairs Commission has direct institutional integration with the Security Councils of all the Central Asian states and Russia through the Minister of Internal Affairs or its equivalent liaising directly with the Chinese counterpart. In Kazakhstan Erlan Turgumbayev is at the end of this international security communication line, perhaps suggesting why has kept his place in Tokayev’s cabinet. This domestic and foreign security integration between China and Kazakhstan is much more important than any foreign ministry statements. In China, the Ministry of Foreign Affairs has very little power in setting or enacting policy. Where China did exercise agency in the Kazakh unrest though was in the very low ordinate geopolitical games of Uyghur and Kazakh detention, and in reinforcing Kazakhstan economic diplomacy subservience to Beijing.

At the executive level, General Secretary Xi did call Nur Otan Chairman Tokayev expressing support for the incumbent, but this was on January 7, two days after Tokayev requested support from the CSTO thus guaranteeing his Presidency would survive any internal challenge. When there was then no jeopardy in China’s exercise of state agency, it was both deferential and directed to the Russian Federation. State Councillor and Foreign Minister Wang Yi’s call to Russia’s Sergei Lavrov expressing the possibility for SCO forces to be deployed demonstrates the genuflection involved—the hollow offer on January 10 was well after Russian CSTO troops had been deployed with boots already on the ground. On the same day Wang Yi also called Kazakhstan Minister of Foreign Affairs Mukhtar Tileuberdi, where Tileuberdi was expected to pledge support for China’s crackdown on Kazakh minorities in Xinjiang. Wang later issued a statement of solidarity with Kazakhstan in an attempt at great power diplomacy, but again this high level China statement only came after both the Kazakhstan domestic power struggle was already over and after the international security order had been established through Russian leadership. 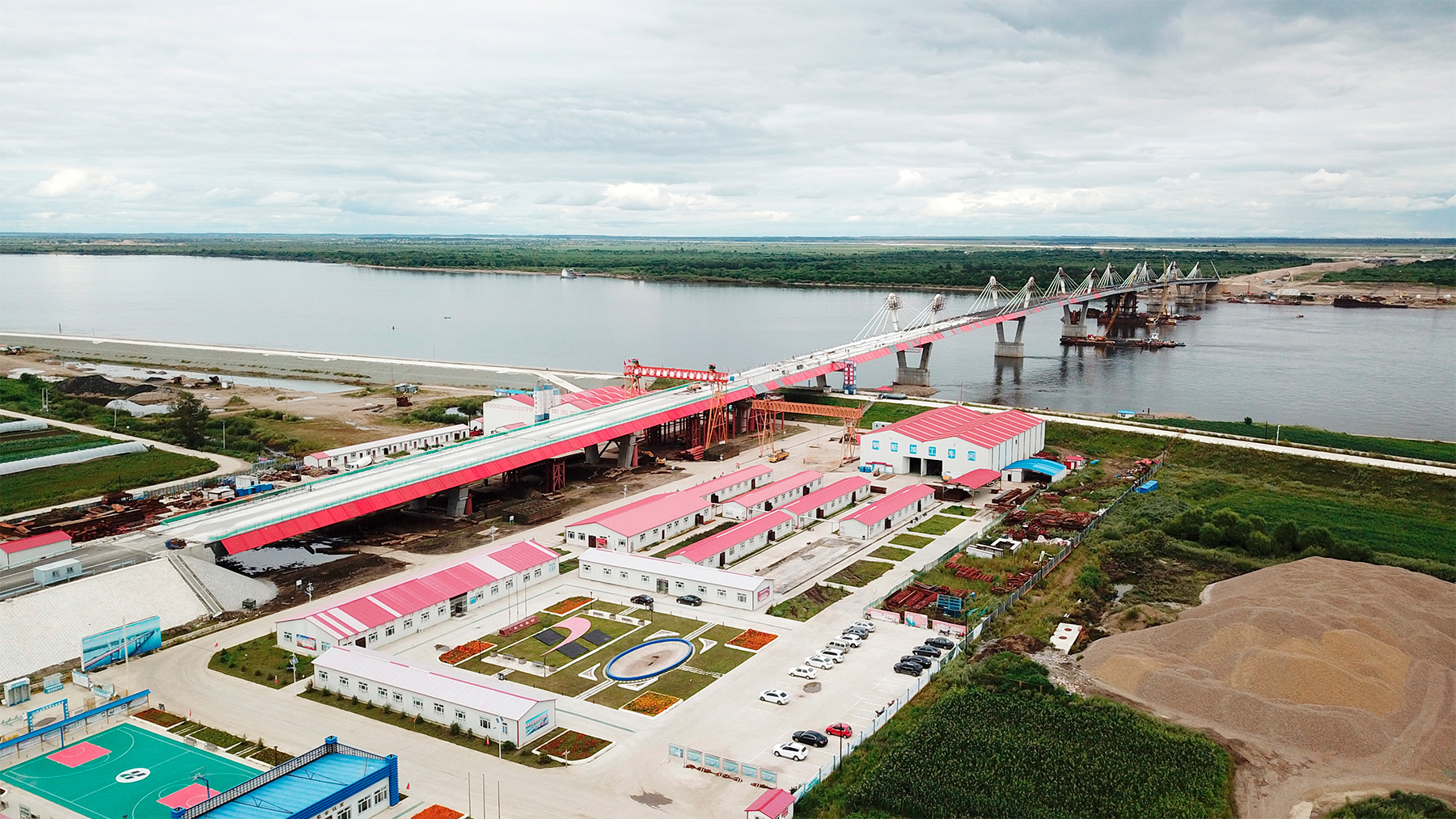 For the Foreign Affairs source of policy, Kazakhstan’s ambassador to China, Gabit Koishibayev, also spoke on the January 10 press conference on foreign affairs to assure the domestic narrative centred on China investments in Kazakhstan that the violence and political unrest was under control and that it would neither spillover to Xinjiang nor damage China’s economic interests in Kazakhstan. Wang Wenbin, China Foreign Ministry spokesperson also followed up questions on the Kazakh ambassador’s positions on 12 January, reiterating that nothing had happened, and that if it had, then it was now over, saying merely that the domestic turmoil in Kazakhstan was caused by local riots which had turned violent. The China state diplomatic apparatus stuck to the line fed to it that there was no internal power struggle in Kazakhstan, maintaining a veneer of loyalty to the Tokayev administration. Hugely unpopular in Kazakhstan, the China ambassador to Kazakhstan Zhang Xiao issued no statement through the unrest and emerged with only a characteristically unconvincing statement of hollow support for the winner in Chinese media on January 12.

This small China speaking softly with no stick is very different from the grandiose visions and statements of Eurasian geoeconomic predominance which have defined Belt and Road analysis. Liu Hui, China’s special envoy for Eurasia, with a direct counterpart on the Kazakhstan Security Council in Marat Shaikhutdinov, met with Tokayev in the Kazakh capital in only the end of December 2021, and yet has been absent from the discourse on the current Kazakhstan political turbulence and subsequent Russian stabilisation. Tokayev’s expression at that meeting of a Kazakhstan-China ‘all-weather friendly relationship’ may have proven optimistic—Kazakhstan is at the ‘Comprehensive Strategic Partner’ level in China’s foreign policy hierarchy.

Who China does speak with seriously on the Kazakhstan side though is not in diplomacy but precisely in the world of domestic security which Tokayev has blamed for the attempted palace coup.

For Tokayev’s Kazakhstan, a major challenge ahead of consolidating domestic power will be to keep the lifeline economy compliant with the expectations of capital-starved Kazakhstan’s international investors, particular its state planned-economy partners. However, if a radically different faction had usurped power and formed government in Kazakhstan, China would not now be in any foreign policy position to assert its economic interests. Not playing a hand and allowing Russia to assume the geopolitical risk may well have been strategic calculation. However, through inaction, China has now narrowed the institutional space to shape either this or future narratives. In an information space already crowded with Russian and Kazakhstan discourse formation there is diminishing space for China’s multi-institutional conflicting foreign policy typologies to construct themselves into the Eurasian discourse.

RIAC, Institute of Far Eastern Studies of the Russian Academy of Sciences and Institute of International Studies at Fudan University Report #70 / 2021

Without a clear smoking barrel of the failed coup attempt, assessing the various failures of the unrest at national, party, domestic security and personnel levels remains clouded by the extremely opaque nature of the elite leadership in Kazakhstan

For Kazakhstan, a transformation of its economic model should become the crucial consequence of the January rioting

Tags
Kazakhstan, China, Protests, SCO
Reader's choice
HideShow
No Time for Fatalism
Ukrainian Crisis, Turkey and Eurasia: Who Wins?
U.S.: On the Way to Right-Wing Coup and Civil War?
What Could Take BRICS Forward?
On Pause: Dialogue with Russia in the Arctic