Academic Director of the RAS Institute of US and Canada, RAS Full Member

Recently, the international agenda has been dominated by the tensions in Russia–U.S. relations, the probable impeachment of Donald Trump, the sanctions regime and the destruction of arms control mechanisms. We asked RIAC Member and Scientific Director of Institute for U.S. and Canadian Studies of the Russian Academy of Sciences Sergey Rogov to share his thoughts on these issues.

Recently, the international agenda has been dominated by the tensions in Russia–U.S. relations, the probable impeachment of Donald Trump, the sanctions regime and the destruction of arms control mechanisms. We asked RIAC Member and Scientific Director of Institute for U.S. and Canadian Studies of the Russian Academy of Sciences Sergey Rogov to share his thoughts on these issues. 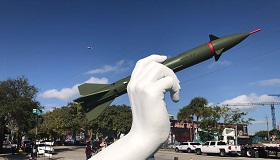 In your opinion, what is the likelihood of Donald Trump being impeached?

I don’t think it is very likely that he will be impeached. Within current composition of the Senate, two thirds of the senators will never vote for the removal of a Republican president, and the Democrats in the House of Representatives will find it extremely difficult to get a resolution on Trump’s impeachment passed. Criticism of Trump will continue, and the attacks against him will only intensify. In reality, however, even the Democratic Party does not believe that the president will be impeached. Although there is hope that Trump will leave of his own volition after having grown tired of constantly being forced to push back against all kinds of accusations and because of the disloyalty of many in his own administration. I don’t think Trump is the kind of person who would up and leave of his own accord, but it is up in the air as to whether or not he will run for a second term.

I believe Trump may decide against running for a second term and may be willing to hand over the reins to Mike Pence, who has demonstrated his loyalty to the president. But this is pure speculation. None of this talk about impeachment can be taken seriously unless some kind of “smoking gun” is uncovered. And this is unlikely to be connected with accusations of treason and supposedly nefarious dealings with Putin, but rather with the commercial activities he was engaged in before he came to office. Of course, anyone who is involved in property development in New York or Florida is fair game when it comes to accusations of wrongdoing, and there would be ample evidence to prove their illicit dealings. But I highly doubt that this would be a formal reason for impeaching the president. I just don’t think it will happen.

Have we moved beyond the lowest point in U.S.–Russia relations? Or will tensions only increase? 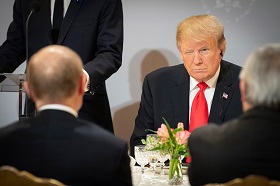 Relations between the two countries are likely to deteriorate, although the statements by Mike Pompeo to the effect that the United States and Russia are not doomed to a new Cold War were fairly atypical. What is more, A. Wess Mitchell, who is known for his extremely harsh stance on Russia, announced his resignation as Assistant Secretary of State. The process of destroying the INF Treaty nevertheless continues, and it will take miracle to stop it now. Its collapse could lead to a sharp increase in military tensions between the United States and Russia. We cannot rule out various kinds of provocation in connection with the Ukrainian crisis, be it in the Donbass region or on the Kerch Strait. Then there’s Syria, where all bets are off. And it is almost certain that we will see a new round of economic sanctions against Russia.

Unfortunately, the situation will not improve. On the contrary, it will be almost impossible to stabilize relations at their current level. The alignment of forces in the political arena is not right, and the positions of those who are against a confrontation between the United States and Russia are so weak that we should not expect any real shifts any time soon.

Are think tanks capable of influencing the situation in a positive way? Is successful cooperation with your American colleagues a realistic prospect in the current environment?

Cooperation is possible and will continue. The problem is that the people we work with (well-known and eminent figures) have little to no influence in the current administration. The approach of the current U.S. administration towards Russia is determined by people who have absolutely no interest in normalizing relations. Moreover, it is clearly a priority for John Bolton to destroy any remnants of the arms control regime. The Department of State has offered no real initiatives, nor can we see any real resistance to the negative trends in relations with Russia. As for the Pentagon, Acting Secretary of Defense Patrick Shanahan (who may very well be appointed to the post full time) has not yet demonstrated any willingness to engage in a dialogue with Russia. What is more, his position on such issues as missile defence is even harsher than that of his predecessor, General James N. Mattis.

As long as Trump and Putin talk now and then, the world can sleep peacefully

The World After the INF Treaty: How to Get Out of the Dead Zone