Italian-Russian Business Relations: Problems, Cooperation and Perspectives for the Future

During this period of economic crisis and international tensions, Russia is struggling to find a way to emerge from recession and looming isolation. Yet, business relations with Italy, though with some setbacks in bilateral exchanges, are still promising. In this context, Russia could achieve greater benefits from these relations and strengthen external ties with one of its European partners. Ernesto Ferlenghi, President of Confindustria Russia, the association of Italian businesses operating in the Russian Federation shares his views on current events and the future of Russian-Italian relations with RIAC.

During this period of economic crisis and international tensions, Russia is struggling to find a way to emerge from recession and looming isolation. Yet, business relations with Italy, though with some setbacks in bilateral exchanges, are still promising. In this context, Russia could achieve greater benefits from these relations and strengthen external ties with one of its European partners. Ernesto Ferlenghi, President of Confindustria Russia, the association of Italian businesses operating in the Russian Federation shares his views on current events and the future of Russian-Italian relations with RIAC.

Mr. Ferlenghi, in the light of the economic sanctions imposed by Western countries, how do you evaluate the current economic crisis in Russia?

In my opinion, this crisis is different from the one I witnessed in 1998. For the first time, not only difficult economic conditions such as the dramatic slump in oil prices and the drop of the ruble have hit the country; international tensions and economic sanctions are also at work.

Sanctions and countersanctions have really had a strong impact on cultural, commercial and economic relations between Russia and Europe. Moreover, sanctions have had also a psychological effect on the Russian people, who believe, rightly or wrongly, that these measures have made a considerable impact on the overall economic slowdown.

Sanctions have also triggered a sort of national “industrial awakening”. Conscious of the vulnerability and dependency of its domestic market on the West, Russia has realized that it is time to diversify its economy. This has made the development of joint ventures with foreign partners possible (mainly with the Chinese but also with the Americans), especially in sectors that are under sanctions. 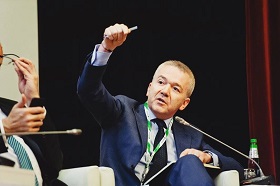 Do you think that economic sanctions and political tensions, besides inflicting economic damages, will potentially undermine the trust of Russian businessmen in their Western partners, the Italians in particular? Or will such issues remain only at the political level?

Personally, I don’t think that sanctions have destroyed the long-standing relationship of trust between the Italians and Russians. Businessmen from both countries only hope that the situation in Ukraine will gradually normalize and that sanctions will be lifted as soon as early 2016.

Despite tensions between the EU and Russia, Italy is trying to maintain friendly relations with Russia also at a political level. Italian Prime Minister Matteo Renzi has always showed a willingness to maintain a dialogue with Russia. He was the first EU leader to visit President Putin.

In addition, Italian Foreign Minister Paolo Gentiloni has come to Moscow twice in the last six months, while Minister of Economic Development Federica Guidi was the only minister of a G-7 country who participated at the Saint Petersburg Economic Forum in June 2015. These are strong signals of political closeness that can help Russia retain a reliable anchor in Europe. Moreover, this has also positively influenced both business communities.

As President of Confindustria Russia, you have recently signed some important cooperation agreements with your Russian counterparts, such as “Opera Rossii” and “Delovaja Rossia”. Can these agreements bring Italian and Russian firms closer? What other steps have been initiated by Confindustria Russia to preserve friendly relations? 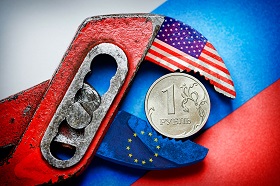 Building Trust between Russia and the West —
Already Impossible? Interview with Andreas Metz

Confindustria Russia acts as a bridge. It connects the Italian industrial base (represented by Confindustria, an association which brings together more than 250,000 Italian firms) with the Russian business community. In this context, as you have pointed out, our initial strategy was to sign agreements of cooperation with the largest unions of Russian SMEs (“Opora Rossii” and “Delovaja Rossia”) and with the Association of Industrial Parks, which unites companies in the sphere of production localization and industrial construction. These agreements help both sides acknowledge possible investment opportunities and partnerships, facilitate access to both the Italian and Russian markets, and stimulate the creation of joint ventures.

We have also ratified several agreements with Italian universities, which will bring many talented students to work in Moscow. Also we are working to establish close contacts with Russian universities; this will allow Russian students to come to Italy, acquire relevant skills and come back to Russia, ready to work in partnership with Italians. I consider such interchange of human capital essential to preserving and improving relations between our countries.

One of the largest problems created by Russia’s strategy to survive through sanctions is trade diversification. As a result, Chinese companies are gradually replacing Italian ones on the internal market. To what extent do you think this will impact Russian-Italian trade in the long run? Do you think there is a possibility that Russia may lose much from this process?

This will have a dramatic impact on Italian firms, especially in terms of lost profits from exports. Third-party countries which have not imposed sanctions are seizing the opportunity to fill the gaps we have constructed, especially in the food market, but also in the footwear sector. In any case, I do believe that those who will decide to delocalize their production to Russia and create joint ventures with Russian partners will be the real winners of such process.

Italians must change their mentality and consider Russia not only as an occasional market where only goods are bought and sold. Instead they should invest directly; otherwise they will not be able to sustain external competition. In this regard, I have witnessed so many cases of Chinese banks in the last several months financing Russian investors on condition of them bringing in Chinese partners. This is a part of a general long-term strategy, which, unfortunately, we Italians don’t have. 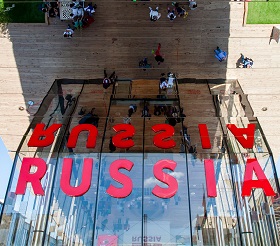 Sincerely, I don’t think Russians will lose anything. This is just a part of a natural process that will increase competitiveness in the domestic market. Yet it is true that many of the sanctioned items, mostly in the oil and gas sector, are irreplaceable. However, this could act as a stimulus for the development of the already outstanding competencies of Russian engineers.

Could Russians exploit Italian know-how and experience to become technologically independent from the West? How do you view Russia’s national industrial development strategy?

Confindustria Russia is introducing know-how in Russia. We are bringing together Russian and Italian firms with the aim of developing long-standing cooperation besides commercial partnerships, which also include the exchange of know-how.

With regards to the strategy of industrial development, the Russian government’s goal to develop national industries and diversify the economy may turn into a real hardship. Still, Russia has enormous potential in terms of natural resources, immense territory, highly qualified human capital and a long tradition of heavy industrial production. These factors will help Russia in this process.

In addition, government initiatives to support this process are moving in the right direction. Tax relief and financial assistance to SMEs and financing opportunities which joint ventures with foreign capital can enjoy could attract those technologies which Russian industry needs to move forward.

Can a weak ruble and the incentives provided by the Russian authorities convince Italians to get take advantage of the opportunity to move their production to Russia?

Russian authorities’ efforts to attract foreign capital and favor the development of SMEs are remarkable. Yet, although the ruble could push Italians to delocalize their production, what they actually look at when considering this possibility is the level of demand on the internal market. Therefore, if the economy is in recession and demand is weak, bearish attitudes prevail.

Regarding political risk, if you consider the problem of sanctions, I believe that there is a lot of disinformation. It is true that sanctions are an impediment to trade, but still they haven’t closed up every sector. People often do not know what the sanctions are and what they imply. It is responsibility of Confindustria Russia and other Italian institutions to inform associates of the actual obstacles brought about by economic sanctions.

Last but not least, why would you recommend that Russians not give up on their relations with Italians?

We have been building these special relations over the last 60 years. During the Cold War, this was due to the strong presence of the Italian Communist party while today is driven by strategic partnership between ENI and Gazprom. Honestly, I think that Italians and Russians are simply bound together historically and culturally. Russians and Italians have always trusted each other. From my point of view, this is the reason why Russians will not give up on their relations with us; there aren’t and there will never be tensions so critical that they could prevent a dialogue between our nations.