What measures do you think Russia and the U.S. should take upon the expiration of the New START Treaty? 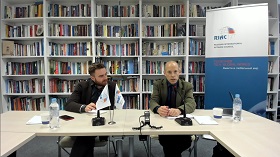 One of the crucial treaties between the U.S. and Russia is the New START Treaty which is set to expire soon. There are three possible options of what could happen with the agreement. The U.S. is still on the fence, and President Trump reportedly will not decide before next year.

First, it could expire in February 2021 without extension and without replacement, after which we will no longer have a bilateral strategic arms control treaty between Moscow and Washington for the first time in decades.

The second option, publicly supported by the Russian government, would be for the two presidents to extend the Treaty by up to five years, as provided by the protocol. Such a decision will be easy for the U.S., as the approval of Congress is not required. Russian officials say that they have to go back to the Duma for approval, which could take as much as six months. Still, President Putin could presumably push for rapid action on the grounds of national security.

The third option is to develop something better. The problem with the New START Treaty is that it limits just Russia and the U.S., though Kazakhstan, Belarus and Ukraine are technically included as they inherited some of the Soviet arsenals. In the past, the Russian government said that other (nuclear weapons states) should participate in these treaties.

The New START Treaty, like its earlier versions, focuses on long-range nuclear arm missiles and bombers. A new type of strategic arms control treaty could limit additional types of weapons, such as short-range missiles and non-nuclear weapons that could potentially cause significant damage. Russia has always pushed to include strategic missile defences in these strategic arms control treaties, while U.S. officials have pressed to include so-called tactical nuclear weapons, amongst other areas, but both sides would abandon these positions in the course of the talks. 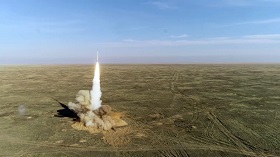 President Trump would prefer this — to get a new treaty that would include additional systems and countries, especially China. The problem is that time is limited. According to the official position of the Russian Foreign Ministry, there is no longer enough time for Russia to negotiate a new treaty before the New START expires. Therefore many experts would want to extend the New START Treaty for at least a few more years to give us sufficient time to develop a more comprehensive agreement.

What instruments could one use to encourage China to join international agreements regulating arms control?

Getting China involved in nuclear arms limitations is difficult. China, of course, has always been involved in the more extensive nuclear negotiations in recent decades: it has joined the Non-Proliferation Treaty (NPT). Unlike the U.S. and Russia, China has a No First Use (NFU) doctrine, saying the PLA will never use nuclear weapons first. Chinese officials say that they are uninterested in joining Russian-US agreements like INF and New START since they have fewer nuclear weapons than Russia or the U.S. They also claim, not very credibly, that their weapons do not threaten other countries. A more recent argument one hears in Beijing is that it's impractical and too complex to enlarge these treaties. The Chinese also accuse the U.S. of trying to shift the blame for the collapse of arms control on China.

Nonetheless, even if New START is extended, strategic arms control will die unless China is involved in these treaties. The U.S. Senate is hardly likely to ratify another such treaty without some limits on China’s arsenal. And I think it is possible China would join; we have seen China changing its policy on other major military issues, such as acquiring aircraft carriers, for example. They now have de facto foreign bases. And it seems to me that since China is stronger militarily than it was in the past, which should make them more comfortable with greater transparency. It won't be in China's benefit if we have an unconstrained arms race in the case of the collapse of all these treaties because China refused to join.

The U.S. continues trying to persuade the Chinese to join international agreements, yet they resist. So I am hopeful our Russian colleagues will join the process and help to educate the Chinese about some of the benefits they could get from joining the process – reducing the risk of war, potential misperceptions and so on.

Where do you see the role of the U.S. in the increasingly close defence relationship between Russia and China?

One of the drivers of the Russia-China defence relationship, perhaps the most important one, is the U.S. Of course, there are other reasons why they are doing this — Russia earns revenue from the arms transfer, China gains military experience during the exercises, and so on. Unlike Russia, which has engaged in operations in Georgia and Ukraine and most comprehensively in Syria, the Chinese military has not been active except in peacekeeping operations. This is why they presumably learn a lot by engaging with Russian forces. And they reassure each other in this process. However, a U.S. concern is that Russia has made the Chinese armed forces more effective, which puts U.S. interests in the Pacific at risk. There is not a perception that the U.S. would face a united alliance. So there aren't fears that Russia and China would combine forces and invade Japan or South Korea. The situation is somewhat different from the Cold War.

Additionally, they don't have a mutual defence treaty. But beyond that, they have very close relationships. But U.S. defence planners now have to take into account that, in conflict with either China or Russia, the other would exploit the situation militarily to its benefit.

How do you see Russia-China cooperation further evolving within joint projects in developing countries?

In terms of the Middle East, both countries are actively involved, therefore there’s potential ground for them to partner there. In the case of Sub-Saharan Africa, however, China is incredibly active economically and diplomatically, while Russia is just beginning to expand its activity. Both of them are doing their own thing, and I think they will continue to do that. Russia’s focus will revolve around military cooperation and other niches that Russia specializes in, while China will continue to apply its economic potential in the region. Both countries are in the position to act independently of each other on the continent. It is not critical that they cooperate, unlike in the case of North Korea or Central Asia, which is probably the most crucial region where their cooperation or conflict could have a significant impact.

If Russia and China jointly align their policies and cooperate very extensively in Central Asia, they could pretty much have their way. There is not an external balancer and the local countries there are rather weak and divided. That applies to East Asia less, although the region could still be important for Russian-Chinese cooperation or conflict. In contrast, in Africa, Latin America, or even Europe, their cooperation is less crucial.

End of Nuclear Arms Control: Do Not Beware the Ides of March

On November 7, 2019, Richard Weitz, Director of the Center for Political-Military Analysis at Hudson Institute, delivered a public lecture at Russian International Affairs Council (RIAC). The speech focused on: “No Love Triangle Russia-USA-China: What Can We Expect from Our Partners?”.