Climate Change as a Threat Multiplier

Senior strategist and member of the Advisory Board at the Center for Climate and Security, Chair of the Board at the Council on Strategic Risks

Can climate change be considered a security threat? If yes, why? 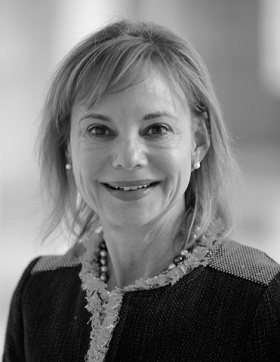 Yes, it is a security threat. I coined the phrase “climate change as a threat multiplier” in 2007 when I was the founder and Executive Director of the CNA Military Advisory Board, the first group of U.S. generals and admirals to address national security implications of climate change. And the reason we characterize it as a threat multiplier is that it exacerbates other security threats, such as terrorism, weapons of mass destruction, geopolitical risks. We know that a warming planet, rising sea levels, thawing permafrost all lead to a greater planetary instability, which adds to other instabilities we now experience around the world.

Do environmental changes lead to tensions between different religious and ethnic groups?

Over the last decade or more, we have seen that conflict can emerge as food and water become scarce and insecure with climate changes, such as prolonged droughts. The prolonged droughts that preceded conflicts in Syria and Darfur when populations become food and water insecure led to migration and conflict. It can lead to civil unrest when there is not enough food, water, and shelter. For example, in Darfur, farmers and herders who had lived peaceably prior to the drought found themselves in increasing conflict over access to water. And food insecurity disrupted rural farmers and herders in Syria. After the prolonged drought that preceded the greatest civil unrest of the modern time, they fled to more urban areas, which exacerbated the political tensions that already existed. Then, terrorist forces could take advantage of both vulnerable populations.

Can terrorist activities proliferate as a result of climate change?

Well, we have seen it across parts of Africa, in the countries that are already fragile, mired by political instability and suffer from corruption—mostly agricultural and developing countries—that drought and heat make these areas less stable. In other words, the food and the water supply can no longer support the population. Terrorists from Al Shabaab to Boko Haram and others will take advantage of those vulnerable populations, using them as a means to gain power, affiliation from young boys, for example, who have no alternative, no job prospects, or even families. If those terrorists can supply food and water essential for people to live, that becomes an existential risk.

What regions are the most vulnerable to climate change in terms of the impact on security?

Well, it is usually those countries that are already fragile states because of high levels of fragility, low levels of governance, low levels of economic development, particularly across much of the Sahel, North Africa, and also countries like Mali and Niger, with young populations growing very rapidly and low levels of education. Also, many small island nations in the Pacific, Haiti in the Western Hemisphere are very vulnerable because of their existential risk of losing parts of their territory to a combination of sea-level rise and loss of freshwater. But no region is immune. Every part of the world is affected by climate change. The United States, Russia, China, and other large countries, such as India, parts of the Middle East, and South Asia, will be uninhabitable without air conditioning during certain times of the year within the coming decades unless we reduce our temperatures from growing greenhouse gas emissions.

What are the most effective ways to address the risks created by climate change? 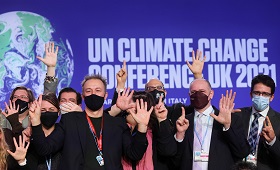 The first and foremost measure is to reduce greenhouse gases by transforming our energy systems and lowering levels of emission. At the recent Conference of the Parties in Glasgow, COP26, the parties have reaffirmed their commitment to try to keep global temperatures at least below two degrees, if not move the temperature closer to 1.5, which was the baseline. Then, there were other major agreements signed there, such as that on a global methane pledge—methane is a very potent greenhouse gas—on reducing deforestation, phasing down if not completely phasing out coal, which contributes mightily to greenhouse gas emissions, and on climate finance for the least developed countries.

Reducing greenhouse gas emissions is the first line of defense, but since we already have a very high level of emissions that have occurred over the last 100 years and we are already experiencing high levels of climate change, we also have to adapt and become more resilient. We have to do both. We have to become more resilient by improving our infrastructure’s ability to withstand the effects of climate change, whether it is collapsing permafrost, sea-level rise, more extreme winds or more extreme rainfall, and our human systems. It is a combination of an earth system and a human system challenge. We have accelerated initiatives on green energy, so we have to move off fossil fuels into renewable forms of energy: wind, solar, green hydrogen, likely more nuclear, other forms of ocean energy, and a variety of forms of cleaner energy sources that will help us reduce greenhouse gases in the future.

Is public/private partnership effective as an instrument for green energy projects?

Yes, it is very effective. There are many different types of it and it is very important because governments often have the most to invest, but they cannot do it without the innovation and entrepreneurship of private companies that are often leading the way and are actually doing the work. For example, at the COP in Glasgow, one of the announcements was about The First Movers Coalition, a group of at least 25, which will only grow larger. It is a number of major global companies that have committed to decarbonizing certain sectors of the economy where it really matters, such as steel, cement, and aviation fuels. And that is a form of a public-private partnership, the First Movers Coalition. Then, there is Mission Innovation, another public-private partnership that aims to deploy at scale a variety of forms of clean energy, from wind, solar to microgrids, nuclear power, and beyond.

What are the main challenges associated with renewable energy technologies? Are there effective solutions to dealing with these challenges? 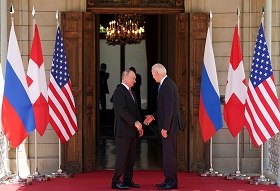 The main challenge with renewables is storage. Because right now, it is hard to store solar power and wind power for long periods of time. There is a lot of innovation occurring in battery and other storage technologies now. And as we are able to transform the grid and make it more available for a variety of electrified power sources, I believe, over the next one to two decades, we are going to see a substantial improvement in storage, industrial and commercial-scale renewable technologies, from offshore wind, in particular, to much more solar, green hydrogen, and a variety of other improved batteries and storage technologies, and then the whole grid system that connects them. But it will be distributed, so it won’t be the same kind of massive grid because we also need to reduce the risks of cyber and other deliberate attacks on a grid that could bring the power down in major urban areas.

In your opinion, how could Russia and the USA cooperate on detection, monitoring, preventing, and mitigating security threats related to climate change?

Well, there is a lot that the U.S and Russia could do if we could resolve some of the challenges we face in other areas, particularly, Russia’s aggression against its near neighbors in Ukraine and Crimea. It is hard to improve that cooperation without resolving the other part of the relationship. Leaving that aside, if we just focus on climate, the United States and Russia have a long history of cooperation on reducing the risks of nuclear weapons during the nuclear age. And many of those same approaches—detection, monitoring, preventing, early warning, confidence-building—could apply in the climate era. Particularly, let’s say in the Arctic, where economic activity is on the rise and civil and commercial activity increases in an area that is still treacherous and remote. There is a greater risk of accidents, there is more need to have early warning transparency and communications.

In the past, the U.S. and Russia have cooperated on a variety of ways to reduce the risks of nuclear attacks and still are looking for ways to ensure that they are not creating ways in which an accidental attack or miscalculation could occur even as they expand and modernize their arsenals. And I think the same is going to be true here. We need to ensure that we are not heightening risks where forces are operating, such as in the Arctic. At the same time, there are areas where both the U.S. and Russia have a long history of doing, for example, a lot of science and research in the Arctic and could continue cooperation on reducing black carbon, which is particularly prevalent in the Arctic. I believe there are some discussions in the Arctic Council even today, with Russia as the current chair of the Arctic Council.

Going into overtime has become a habit at Climate Change Conferences—at COP26, the outcome showed that significant disputes remained on the last day of the Conference over money and the speed of emissions cuts

Today, the world can only effect the green transition by a gradual replacement of technologies