Towards Increasingly Complex Multipolarity: Scenario for the Future

Nobody seems to know for sure what sort of the NWO Alexander Fomin, Russian Deputy Defense Minister, envisioned when he shared his thoughts about this with RT earlier in the month. This analysis, however, seeks to compellingly make the case that this emerging scenario will represent a much more complex version of multipolarity than the current one.

Trump’s U.S.-Chinese trade war, which in turn provoked the new Cold War between these two great powers, combined with the black swan event of a World War C to inspire the U.S. “deep state” to pragmatically recalibrate America’s grand strategy away from its hitherto unsuccessful attempts to simultaneously “contain” both Russia and China. The resultant outcome could fundamentally transform the geostrategic situation in Eurasia, both by providing the U.S. with new opportunities to divide and rule the supercontinent but also by giving Russia and China a chance to finally stabilize it in a sustainable way.

A “New World Order” (NWO) is emerging before everyone’s eyes, said Aleksandr Fomin, Russian Deputy Defense Minister, in an interview for RT earlier this month. He is quoted by the outlet as saying that:

“Today we are witnessing the formation of a new world order. We see a tendency for countries to be drawn into a new Cold War, the states being divided into ‘us’ and ‘them’, with ‘them’ unambiguously defined in doctrinal documents as adversaries. The existing system of international relations and the security framework is being systematically destroyed. The role of international organizations as instruments of collective decision-making in the field of security is being diminished. Fundamentally new types of weapons that radically change the balance of power in the modern world are emerging, with warfare getting into new areas – into space and cyberspace. This, of course, leads to a change in the principles and methods of war.”

He did not elaborate any further beyond that but it is still possible to make some reasonable conjectures about the NOW’s contours based on empirical evidence to speculate about possible implications. 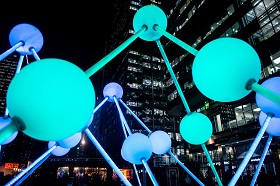 The processes described by the Deputy Minister can be attributed to a combination of Trump’s US-Chinese trade war that provoked a new Cold War mostly between those two great powers—or “superpowers” according to some—and a World War C, the full-spectrum paradigm-changing processes catalyzed by the world’s uncoordinated attempts to contain COVID-19. The former resulted in purging the U.S. permanent military, intelligence, and diplomatic bureaucracies (the “deep state”) of any pragmatic Chinese-friendly influence as well as comprehensively redirecting the might of the American military more fully against the People’s Republic. This second-mentioned observation made it all but impossible for the supposedly Chinese-friendly Democrats to reverse Trump’s grand strategic designs following Biden’s inauguration, which is why they, too, have finally jumped onto the anti-Chinese bandwagon.

As for the World War C, it exacerbated the already intense global competition between the U.S. and China, thereby putting additional pressure on American policymakers to pioneer a strategic breakthrough designed to give them an edge over their top global rival. The specifics of their strategic calculations can only be speculated upon, but it is apparently the case that the previously Russophobic Democrats have recently engaged much more pragmatically with Russia over the past month. This is evidenced by the seemingly surprising de-escalation in Ukraine back in late April from the brink of what many thought would be an all-out war between the two, the U.S. equally surprising decision to impose mostly superficial sanctions on Nord Stream 2, the Pentagon spokesman’s unexpected declaration that Russia is not an “enemy” as well as the upcoming Putin-Biden Summit—despite the U.S. leader previously calling the Russian President a “killer”.

Strategic Designs of the “Deep State”

The Democrats—or rather the “deep state” forces behind them—evidently realized the strategic wisdom of Trump’s grand vision of repairing relations with Russia so that the U.S. can concentrate more fully on “containing” China. This is not due to any newfound appreciation of the Eurasian great power, which many of them still hate with a passion on account of its pragmatic dealings with Trump and implementation of conservative policies that contradict the much more liberal approach preferred by American elites, but due to simple pragmatism countering the geostrategic consequences of Trump’s previous four years of global disruptions. With the U.S. military-industrial complex (MIC) increasingly redirected towards “containing” China more than Russia, as is evident from the doctrines that were promulgated during Trump’s presidency and the subsequent shifts in policies, the “deep state” basically had no other choice but continue the course, no matter how begrudgingly.

This explains the expectation that Bidenэs EU trip will lead to a comparative improvement of relations with Russia, even if only resulting in each of their “deep states” regulating their comprehensive competition with one another more responsibly. Russia would receive a relative relief in pressure along its Western flank while the U.S. could redirect more of its military-strategic focus from Central and Eastern Europe (CEE) to the “Indo-Pacific”. The continuation of the Obama-era “Pivot to Asia” under the Trump and Biden Administrations is proven by both of their moves to reduce the U.S. military-strategic commitments in West Asia (Syria/Iraq) and Central-South Asia (Afghanistan). Biden’s decision to withdraw from Afghanistan was rather unexpected, considering the Democrats’ prior opposition to any of Trump’s policies, but only speaks to how they have been compelled by the circumstances to revise their grand strategic outlook.

The arguably emerging NWO will be characterized by plenty of “balancing”, especially as regards Russian, Turkish, Indian, and Chinese grand strategies in Eurasia:

The Eurasian great power will seek to optimize its Afro-Eurasian “balancing” act between West and East, the former comprising the U.S./EU while the latter encompassing China vis-a-vis BRI; India with respect to the possibility of jointly leading a New Non-Aligned Movement (Neo-NAM); Turkey insofar as managing their “friendly competition” especially in West Asia, the South Caucasus, Central and Eastern Europe (CEE), and perhaps soon in Central Asia as well; and Africa when it comes to scaling up the export of Moscow’s “democratic security” solutions to hybrid war-threatened states. 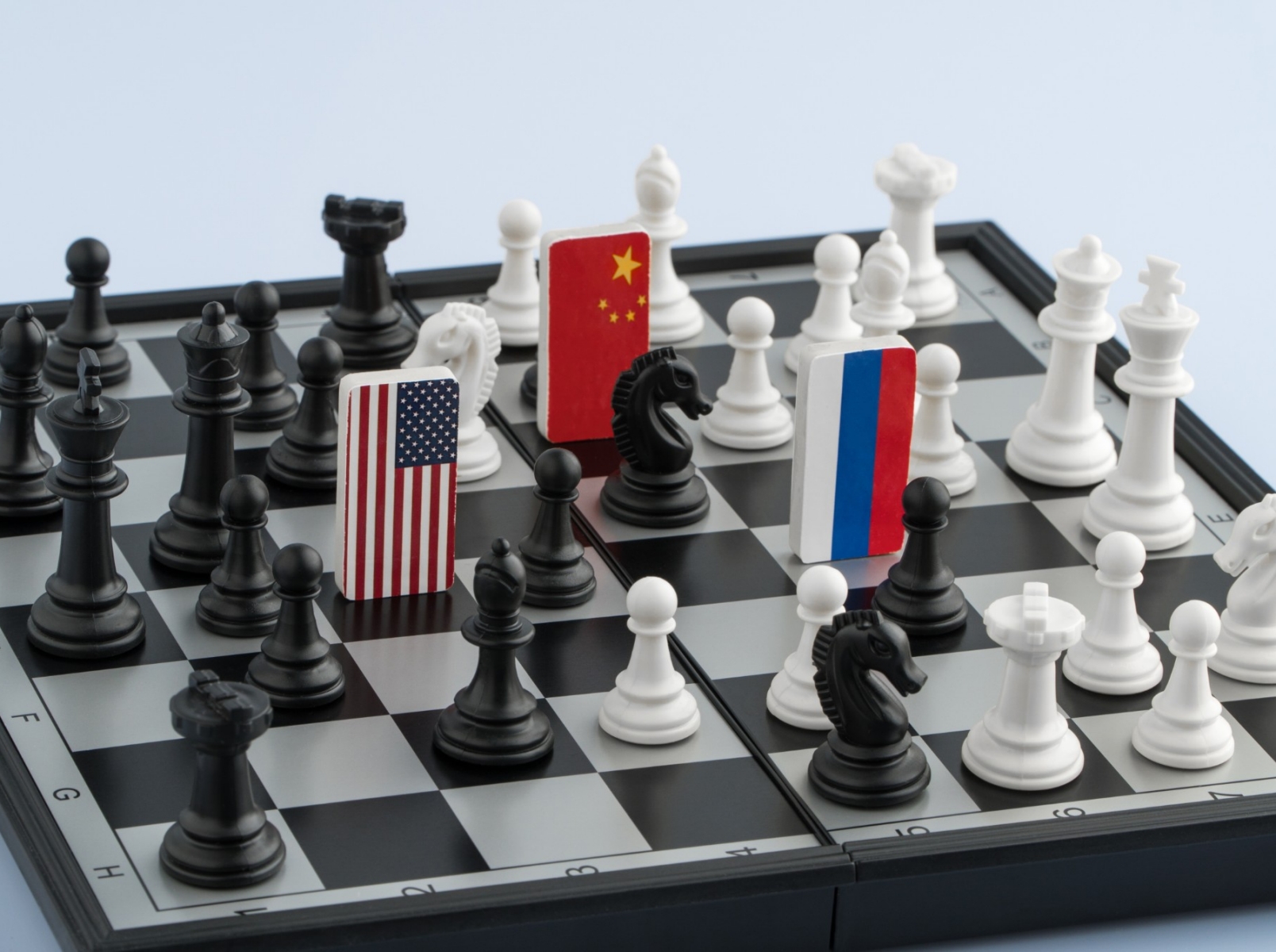 Zhao Huasheng, Andrey Kortunov:
The Coming Bipolarity and Its Implications: Views from China and Russia

The West Asian great power will double down on its “Middle Corridor” to China via the South Caucasus, Caspian Sea and Central Asia (made all the more viable after its Azerbaijani ally’s victory in last year’s Karabakh War); expand the aforementioned to more closely connect with its Pakistani ally via a revival of the Lapis Lazuli Corridor; further entrench itself in Northern Syria; leverage its Muslim Brotherhood allies for the purpose of expanding its ideological influence throughout the international Muslim community; and continue making inroads in Africa and CEE (especially through arms sales).

The South Asian great power will attempt to use Russia and the U.S. as “balancing” partners for preventing disproportionate dependence on China (though probably moving closer to Moscow than Washington in response to the latter’s recent pressure upon it via S-400 sanctions threats, negative media coverage of its government, violation of its exclusive economic zone and continued failure to reach a free trade deal); explore a detente of sorts with China for the sake of pragmatism; and revive the joint Indo-Japanese Asia-Africa Growth Corridor (AAGC) to attract more (mostly Western) stakeholders to its campaign to economically compete with China across the Global South.

The East Asian great power will pursue the formation of a Chinese-Muslim bloc in the Eurasian Heartland by leveraging its strategic partnerships and planned W-CPEC+ connectivity with Pakistan, Iran, and Turkey (which might extend as far as Syria and also facilitate the latter three’s incipient plans to create their own Muslim bloc); increasingly rely on S-CPEC+ to expand Chinese-African connectivity via Pakistan (thus importantly avoiding the South China Sea and the Strait of Malacca); intensify trade relations with the RCEP states (especially the neighboring ASEAN); explore improving relations with India for pragmatic reasons (so as to avoid a US-provoked two-front war along their frontier and the South China Sea); and ultimately rally the entire Global South behind it via BRI.

With the above insights in mind, it is important to point out some key convergences and contradictions: 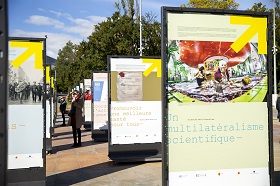 This forecasted state of strategic affairs will facilitate certain divide-and-rule schemes by the U.S., which might:

These speculative schemes can be preempted through the following ways:

The NWO that was described up until this point is disproportionately dependent on the following conditions:

Nobody seems to know for sure what sort of the NWO exactly Russian Deputy Defense Minister A. Fomin envisioned when he shared his thoughts about this with RT earlier in the month, but the present analysis attempted to compellingly make the case that this emerging scenario will represent a much more complex version of multipolarity than the current one. Trump’s U.S.-Chinese trade war, which in turn provoked the new Cold War between these two great powers, combined with the black swan event of a World War C to inspire the U.S. “deep state” to pragmatically recalibrate America’s grand strategy away from its hitherto unsuccessful attempts to simultaneously “contain” both Russia and China. The resultant outcome could fundamentally transform the geostrategic situation in Eurasia, both by providing the U.S. with new opportunities to divide and rule the supercontinent but also by giving Russia and China a chance to finally stabilize it in a sustainable way.

Rate this article
Share this article
FOLLOW THE LATEST DEVELOPMENTS
Related materials
The Coming Bipolarity and Its Implications: Views from China and Russia

The only plausible alternative to multilateralism is not a restoration of an old bipolar, unipolar or multipolar order, but a global disorder with no agreed-upon rules, procedures and hierarches of power