William Hill on Russia — West Crisis: It Is Nobody’s Fault, It Is Everybody’s Fault

On November 19, 2018, the Russian International Affairs Council (RIAC) held a presentation of “No Place for Russia: European Security Institutions Since 1989” written by William Hill. RIAC Website Editor Anastasia Tolstukhina discussed with the author the evolution of relations between Russia and NATO, the reasons behind the crisis between East and West, Russia’s place in the world politics and other questions. William Hill is professor emeritus of national security strategy at the National War College (Washington DC); he retired from Foreign Service after serving in various European countries, the U.S. Department of Defense, and the OSCE.

On November 19, 2018, the Russian International Affairs Council (RIAC) held a presentation of “No Place for Russia: European Security Institutions Since 1989” written by William Hill. RIAC Website Editor Anastasia Tolstukhina discussed with the author the evolution of relations between Russia and NATO, the reasons behind the crisis between East and West, Russia’s place in the world politics and other questions. William Hill is professor emeritus of national security strategy at the National War College (Washington DC); he retired from Foreign Service after serving in various European countries, the U.S. Department of Defense, and the OSCE.

You have visited Russia many times. What’s your impression of Russia today?

William Hill’s “No Place for Russia: European Security Institutions Since 1989” Discussed at RIAC

I first was a “stageur” (intern) at Leningrad University in 1971–1972. Then I served at the American Embassy and at the consulate in Leningrad in 1981–1983. I’ve come back to Russia regularly both as an OSCE official and as an American official.

Russia has changed drastically from what I first saw in Soviet times. And in my personal opinion, life in Russia today is much better than it was particularly in Soviet times. Russia has gone through difficult times, but Moscow and many other Russian cities, as well as the countryside, have developed remarkably, and the changes seem overwhelmingly positive. I visited Kazan in 1982 and then again in 2002 — it has changed so much. It was just incredible, and the Kremlin there was so beautifully redone. So, it is always a pleasure to come back to Russia and see new things. Despite the ups and downs in our political relations, I’ve always enjoyed being in Russia, learning more about the Russian culture and being able to talk to Russians.

So, our political system and life overall is not as bad as some Americans think?

Well, you know, like any political system, one can be critical of it. I’ve seen good changes in Russia and I’ve seen changes in Russia that I don’t consider as pleasant. Still, it is not up to me to talk about such things, it is up to you who live in Russia and have to deal with the political system. There are things that I wish you would do differently, but I am sure you can say that about other countries too. The point is that from very early in my life, I have developed a deep interest in Russian history and culture and I have been able to follow that over many years, which I consider overwhelmingly positive.

Let’s talk about your book «No Place for Russia: European Security Institutions since 1989». What is the main purpose of the book?

I attempted to explain with the evolution from the process of including Russia in European security and having united Europe and North America after the Cold war, to another division by 2014. For me, it was very personal, as I experienced a lot working for the American government and dealing with representatives of Russia. What happened is a great disappointment to me. In the book I try to reach an understanding of how this could happen, why it did and how we can do better in the future.

You mention several major geopolitical factors which have great influence after the end of the Cold war. One of them was the US deciding to keep its presence in Europe and continue with NATO. What was the reason behind this decision? 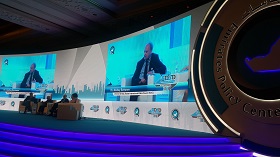 Well, NATO was both an instrument of military defence and an important tool for political and military cooperation. The decision to keep NATO was more of a means of enabling us to have a standing institution with our European allies rather than to stand against Russia. In the book, I talk a very disputable topic —– the use of NATO standards and NATO procedures in the alliance against Saddam Hussein in the Gulf War 1990–1991. The very fact that NATO had procedures and practices already in place that all of the participants in the alliance could use, made the alliance much more effective, easier to put together and easier to operate. And it was not against Russia at all, it helped us against what Saddam had done. So, NATO was seen as an instrument that could be used to reach and implement foreign policy decisions rather than as something against Russia. This is how the US saw it. Obviously, people in Russia saw it in a different light and it was hard for many in Moscow to understand that the US working with NATO was something to do good and was not posing a threat to Russia anymore. And we repeatedly told Russians that NATO was not directed against them, and some Russians believed that but some didn’t.

But today situation has changed and NATO is directed against Russia.

Now the narrative is very bad. NATO has returned after the war broke out in Ukraine in fear of what might happen in other countries close to Russia, particularly in the Baltic states that are NATO members. NATO has returned to foster a position that is much distrustful, suspicious of Russia. This is not something what we wanted and something that Russia wanted, but that is where we’ve ended up.

And how can we reset the relationships between NATO and Russia?

You know, I mentioned that we need to start a process in which we (US, the Europeans and Russia) will talk about what principles we wish to live by, what rules of road we want and how we can construct European security. It is vital for all of us to trust each other in order to implement and observe the principles we adopt.

Today we are witnessing a deep crisis between the West and Russia, who is at fault? 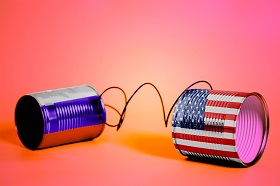 It is nobody’s fault, it is everybody’s fault. My argument in the book is that there were many decisions that gradually led to this, rather than one thing. There is no such thing that we could go back and say, if we reverse this, if we do this differently, then everything will be OK. We went through 25 years of gradually moving towards the result that we’ve ended up with that is not good for any of us. What this means is, unfortunately, that it will take a long effort to get us out of this. We started, for example, the Helsinki process beginning in 1973 and we really didn’t end the Cold War until 1980-s. So, it may take a long time, but we have to be determined, we have to keep moving and remember that it is the direction we are willing to move in.

What are your recommendations for the near future, next 5–10 years?

Some of my Russian friends would always say, «first, do no harm». I think, for the near future we need to manage our relationship better so that we develop a more open dialogue, clear understanding of what our interests are and what we perceive as threats. This will allow us to avoid making things worse and then gradually find steps to make them better. I don’t think this will happen quickly, I would be really happy if it did, but I don’t expect it.

What is Russia’s place in world politics, in your opinion?

Well, I think Russia is a big and important country. It’s a member of the UN Security Council. And although Russia may not have all of those abilities and the territory of the Soviet Union, it is still active in many regions and has resources that can be used to address regional and global problems in a number of areas. I hope that we will find ways to work constructively with Russia in addressing problems that we think are important. Right now, of the crucial importance to both of our countries are the questions of control of nuclear materials and nuclear arms, non-proliferation of these and other weapons of mass destruction, and climate change. These are areas where despite our political differences we might be able to find common ground and make some progress. At least, I hope so.

What are your thoughts on the concept of a multipolar world?

Well, I don’t think we should place too much importance on that. Of course, the world is multipolar. I mean, the EU, the United States, China, Russia, India — there are many important countries, and there is no big ideological battle in the world between two sides. Some of these poles are stronger than others, but the point is not to argue whether there is a unipolar or multipolar world. We should think specifically about each of us, wants. What do our interlocutors, the countries we deal with want and how can we find common ground on that? I think we can waste too much energy arguing whether the world is unipolar, bipolar, or multipolar, and we are better off using that energy and those resources to try to solve the specific problems we have right now.

The United States, Russia, and Europe in 2018

On Russia’s Power: is Winter Coming?

William Hill’s “No Place for Russia: European Security Institutions Since 1989” Discussed at RIAC

On November 19, 2018, Russian International Affairs Council (RIAC), held a discussion of W. Hill’s book “No Place for Russia: European Security Institutions Since 1989” with the participation of the author, followed by a broader discussion on European security issues and its future architecture, the role of Russia, and the impact of the U.S. policy on current processes.