Is climate change a significant threat to our world’s well-being and why should it be at the top of the global agenda?

Climate change is perhaps the most significant threat to the well-being of humans and biodiversity. With increasing knowledge, we are all understanding the existential threat that climate change is posing to us and will pose to our children and our grandchildren. There is no question, but that climate change is perhaps the key issue of our time and unless we take action very, very soon, there is a significant risk that our planet may become uninhabitable in many parts of the world. And there’s also no question but that sea level rise and the change in temperatures will have an epochal, enormous influence on all our futures.

You mentioned the need for taking action. What actions could be considered productive?

With mounting recognition of the speed and pace of the low carbon energy transition needed to mitigate climate change, it seems absolutely essential to build low carbon energy societies. This challenge may involve a series of differing technically and economically viable options, including the expansion of renewable energies in all sectors, rapid expansion and modernization of electricity grids, improvements in energy efficiency and energy management, the use of modern technologies to minimise electricity consumption, rapid enhancement of storage technologies, market innovations from supply to service provision, intelligence deployment of limited gas resources, and the fundamental restructuring of our built and transport environments.

With mounting public concern and policy recognition over the speed and pace of the low carbon energy transition needed to mitigate climate change, nuclear power has been reframed as a response to the threat of global warming. However, at the heart of the question of nuclear power, there are differing views on how to apply foresight, precaution, and responsibility in the context of the poor economics of nuclear, the possibility of accidents, the consequences of those accidents, and indeed whether there exists a place for nuclear at all within the swiftly expanding renewable evolution.

When one considers nuclear, it is absolutely important to consider its life cycle in terms of carbon emissions. A study by Prof Benjamin Sovacool looked at 103 different studies and concluded that the average value for nuclear in terms of life cycle emissions was about 66 grams of carbon dioxide for every kilowatt-hour produced. This compares to about 9 grams per kilowatt-hour for wind and 32 grams per kilowatt-hour for solar. This puts nuclear as the third-highest carbon emitter after coal-fired plants and natural gas.

So, in terms of carbon emissions, nuclear is lower than fossil fuel but produces significantly more carbon dioxide in terms of its life cycle than renewable power. And perhaps more importantly, with ramping predictions for sea level rise and climate disturbance, nuclear will be an important risk, since climate change will impact coastal nuclear plants earlier and harder than is currently expected. Proposed new reactors, together with radioactive waste stores, including spent fuel located on the coasts, will be vulnerable to sea level rise, flooding, and storm surge. These coastal sites will need considerable investment just to protect them against sea level rise, and in the medium term, they will even be subject to abandonment or relocation.

Adapting coastal nuclear power to climate change will entail significantly increased expense for construction, operation, waste storage, and decommissioning. Inland nuclear power plants will do no better. This is because they must be cooled by significant amounts of water and they have to shut down if that cooling water is either too warm or the river flow is reduced. These are two factors that will absolutely happen with increased climate change. We are seeing this already in France where their reactors stationed by rivers, reliant on river water for cooling, have both diminished river flow and increased water temperatures in the summertime. That implies that there will be a significant inland nuclear station nuclear power shutdown in the future.

The other problem is one of economics, since nuclear is so hugely expensive. Carrying on constructing and prolonging the life of current nuclear plants is enormously costly. New construction is eye-wateringly expensive, which means that if we continue to build nuclear plants, we have much less resource, money, to put into the real solution to climate change, which is renewable power, demand-side management, and storage.

What are the advantages of solar and wind power?

A recent report by Standard and Poor, the key market analyst, found that renewable energy technology global investment has been running at about 350 billion dollars per year for the last few years. But for nuclear, it fell to about 17 billion for last year. 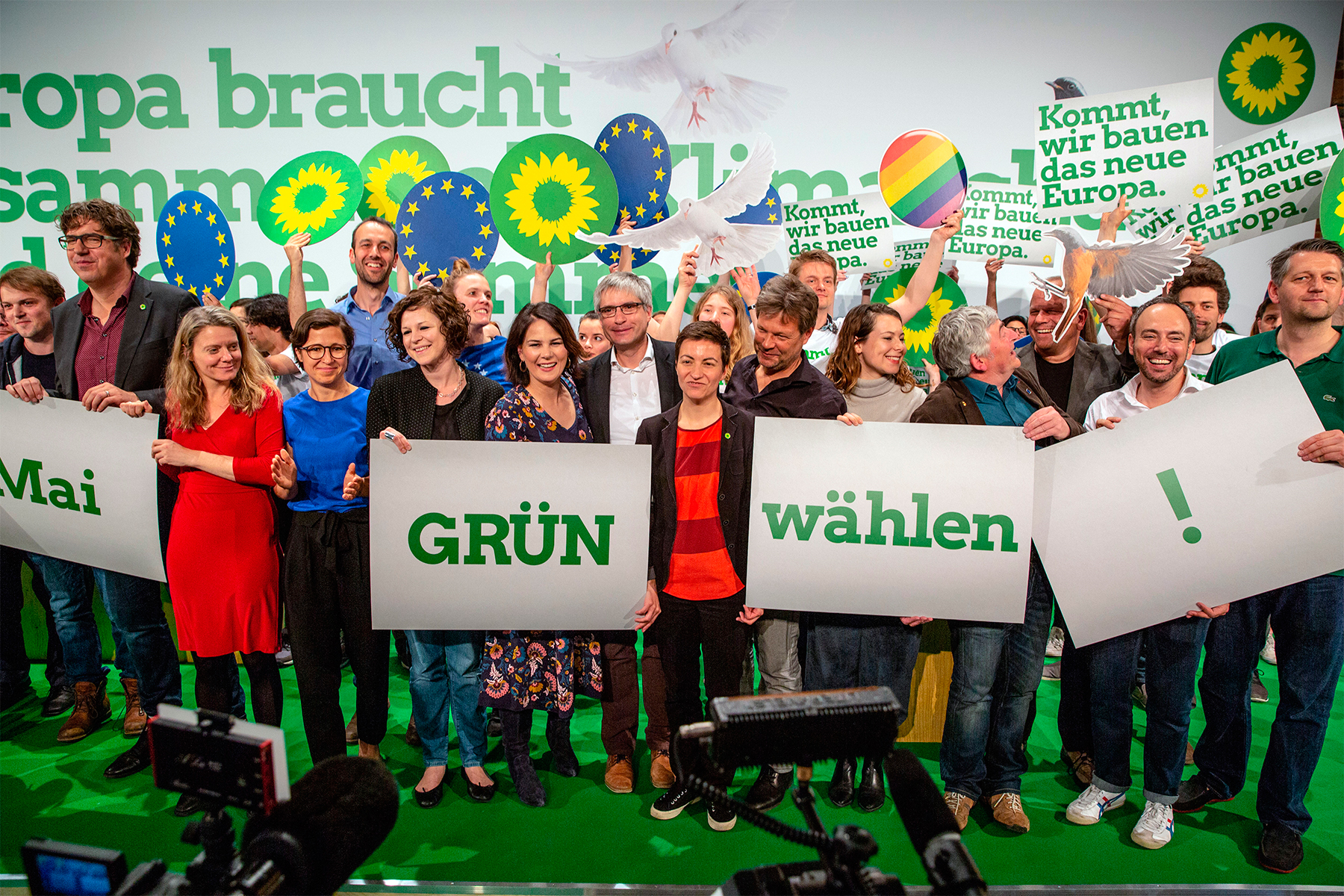 Standard and Poor say that they see “little economic rationale for new nuclear build in the US or Western Europe owing to massive cost escalations and renewables cost-competitiveness, which should lead to a material decline in nuclear generation”. Similarly, Lazard—the world’s leading financial advisory and asset management firm—has just compared the cost of new nuclear, which runs at about $119 to $192 per megawatt-hour, compared to $32 to $42 for utility-scale solar and between $20 and $54 for onshore wind per megawatt-hour. So there is a huge cost difference between nuclear and renewable technologies. Lazard go on to say that the unsubsidized, levelized cost of energy of large-scale wind and solar are at a fraction of the cost of new nuclear or even coal generators, even if the very great cost of nuclear decommissioning and ongoing maintenance is excluded.

Bloomberg New Energy Finance agrees with Lazard’s analysis. The key disadvantage to nuclear power is that it is just too expensive. For renewables, the cost is far lower and continues to fall, which is why what we see is the majority of new nuclear only being constructed with the support of vast state and public subsidy. So, given the reality that funding is limited, we need to make a choice between very expensive nuclear and very inexpensive renewables.

What hinders investments in renewable energy?

In fact, all of the markets are putting all of the money into renewable energy and none of the markets are putting their money into nuclear. There is no market investment in new nuclear. All the investment is going into renewable energy, as I have just discussed. The only problem is, of course, is that if governments via state subsidy put enormous amounts of the low carbon energy budgets into nuclear, they will have less money to invest properly in real low carbon energy technologies such as renewables, storage, and demand-side management.

What initiatives could help promote investments in renewable energy?

I do not think renewable energy needs pushing. The cost of renewables is a fraction of the cost of new nuclear. As Mr. Tanaka, a former director of the International Energy Agency and a former long-standing nuclear advocate, says, “nuclear is ridiculously expensive and uncompetitive”. So, nothing really needs to happen for renewable energy investment to grow. The reality is that the market has said “no” to nuclear and "yes” to renewables.

Under the Biden administration, the US is expected to rejoin the Paris Agreement. What are the benefits of this agreement?

Well, the US has taken a step back from the brink of the disaster that has been the Trump administration, which has been a catastrophe for the US and for the world. Trump was a disaster for international relations, including US relations with Russia. There is no question but that the new Biden administration will re-join the Paris agreement, which will help to save our planet. Over the last four years, the climate agenda has begun to reach the top of everybody’s political agenda. And the reason is, of course, that climate change could change our world. So, it is a hugely hopeful step that the new US administration will re-join the Paris agreement, and it looks increasingly clear that the US will work very hard to make an impact on its own very high CO2 emissions.

In your opinion, what initiatives could help promote Russia-Europe collaboration in mitigating climate change? 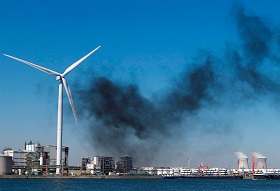 Alexis Legigland:
Will the Current Pandemic Compromise Global Efforts Towards the Fight Against Climate Change?

With these interconnecting grids, will also come greater cultural, political, societal interconnection. When the wind blows in Germany and not in Georgia then, via interconnectors, it would be possible to shift power from one place to the other. The same is true of the sun. If the sun shines in the south of France and not in Vladivostok, it will be possible to transfer power via future grid connection. So, via these physical networked power connections, our countries will be increasingly tied together in terms of mutual support.

When one looks at the picture in terms of how to generate that power, given that Germany uses about 20% of all EU electricity, the Bundestag’s decision to close all nuclear power reactors and invest in renewables, energy efficiency, grid network infrastructure, and transboundary pumped storage hydroelectricity may prove significant for European energy policy and also international energy policy as a whole. When one looks at questions of low carbon energy, one looks at best practices, where it is working well. At the moment it is working well in Germany.

In the journey to manage the decline of fossil fuels, not all low carbon technologies are equal. The reality is that nuclear is far less benign, far more expensive, and far more carbon-intensive than other renewable options. Nuclear will struggle to compete with the technological, economic, and security advantages of the coming renewable evolution. In bidding goodbye to fossil fuels, we should also say goodbye to nuclear. And given the ramping costs and risks that cling to this, essentially late 20th-century technology, it is not before time.

The Low-Carbon Agenda is Winning over the World Economy

Will the Current Pandemic Compromise Global Efforts Towards the Fight Against Climate Change?

From air and water quality to wildlife restoration, data proves that the imposed quarantine regime has initiated profound changes