The Impact of Sanctions on Human Rights

Professor, Department of International Private and European Law, Belarusian State University; UN Special Rapporteur on the Negative Impact of the Unilateral Coercive Measures on the Enjoyment of Human Rights

In March 2020, the UN Human Rights Council appointed Elena Dovgan, a Professor in the Department of International Private and European Law at Belarusian State University, as its new Special Rapporteur on the Negative Impact of the Unilateral Coercive Measures on the Enjoyment of Human Rights. The appointment came at a difficult time, with the issue of responsibility of international organizations being raised for the first time ever in June of that year. On June 11, 2020, President of the United States Donald Trump signed the Executive Order on Blocking Property of Certain Persons Associated with the International Criminal Court. How do sanctions affect international law and respect for human rights? And what impact will the U.S. sanctions have on the development of international law? Elena Dovgan answers all these questions and more.

In March 2020, the UN Human Rights Council appointed Elena Dovgan, a Professor in the Department of International Private and European Law at Belarusian State University, as its new Special Rapporteur on the Negative Impact of the Unilateral Coercive Measures on the Enjoyment of Human Rights. The appointment came at a difficult time, with the issue of responsibility of international organizations being raised for the first time in June of that year. On June 11, 2020, President of the United States Donald Trump signed the Executive Order on Blocking Property of Certain Persons Associated with the International Criminal Court. How do sanctions affect international law and respect for human rights? And what impact will the U.S. sanctions have on the development of international law? Elena Dovgan answers all these questions and more. 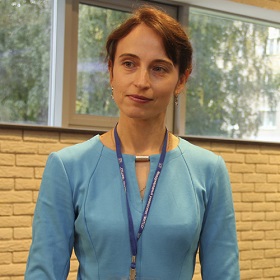 Good afternoon, Elena! Tell us, please, why do sanctions attract so much attention? Can we not adopt a more relaxed attitude and see them as another element of international diplomacy?

Hello! It is true that individual countries and regional organizations are turning to sanctions with increasing frequency. Sanctions have an extremely negative impact on the economies of the receiver countries and the rights of targeted individuals. And it is important to note here that sanctions affect all areas of human rights, from the right to life to economic and social rights. Given their sheer number and the fact that we hear about them every day, sanctions are unfortunately no longer seen as an exception or even something out of the ordinary. However, in terms of international law, the status of sanctions is somewhat unclear.

Our system of international relations is based on the Charter of the United Nations, which codifies the fundamental principles of international law: the non-use of force or threat of force, the sovereign equality of all states, non-interference in the internal affairs of states and compliance with international obligations. According to the Charter, only the UN Security Council has the authority to introduce restrictive measures against a state, and even then, only when the actions of the state in question constitute a threat to peace, breach of the peace, or an act of aggression. However, states may use force in self-defence if an armed attack is carried out against them.

Nowhere in the UN Charter does is say that countries cannot attempt to influence other states. The freedom of contract principle means that countries are free to decide who to cooperate with and in what form. Refusing to cooperate is not a sanction. At the same time, however, states cannot violate the principles of international law and the international obligations they have assumed, including the terms of cooperation, trade or investment agreements and human rights treaties. 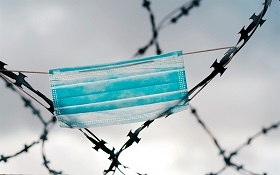 Unfortunately, in practice, certain states frequently resort to unilateral sanctions, which do not meet the specified criteria and constitute a violation of international obligations, including respect for human rights.

What are the most common types of sanctions?

There are all kinds of sanctions these days. Sanctions adopted by the UN Security Council on the basis of Chapter VII of the UN Charter are a special case here. The Security Council was particularly active in the 1990s when it came to imposing sanctions, so much so that the term Sanctions Decade was coined to describe that period. It has since become more cautious about introducing restrictive measures, partly because the sanctions that it did introduce – the legitimacy of which was never in dispute – proved relatively ineffective and had, in fact, brought suffering upon the populations of the receiver countries. As a result, the Security Council started to introduce so-called targeted sanctions against specific individuals or organizations whose actions, in the opinion of the Council, threaten international peace and security.

The sad truth is that unilateral sanctions are being applied with increasing frequency today, despite the fact that that they lack any legal grounding and are not approved by the UN Security Council. Targeted sanctions are particularly popular – not in situations where there is a threat to or a breach of the peace, but rather on a wide range of grounds without judicial examination or allowing states to protect their rights and reputation.

Also gaining in popularity are the so-called sectoral sanctions, which are applied indiscriminately against all or most organizations operating in a given country or industry (for example, the financial services or oil sector in Venezuela, or the financial, energy, mining and railway industries in Russia). In practice, sectoral sanctions have a rather similar effect as sanctions against the state as a whole. The measures are adhered to because residents of the countries that have imposed the sanctions face criminal prosecution and hefty fines if they do not, while non-residents may find themselves being added to the sanctions list. For example, in the United States, offenders can be fined up to $289,000 under civil liability or face up to 10, or in some cases, 20 years in prison under criminal liability. 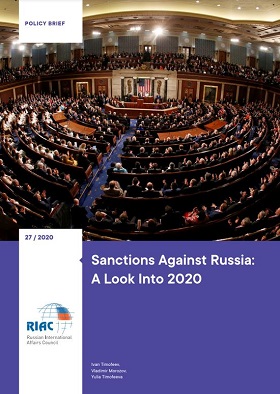 The types of sanctions that are frequently used today include: economic or trade sanctions prohibiting the purchase of goods from a state under sanctions or blocking the export of an entire category of goods, a specific type of goods or goods containing a certain amount of components manufactured, for example, in the United States to a sanctioned country; financial sanctions, which includes freezing the accounts of national or other banks, prohibiting the payment or transfer of money (in U.S. dollars, for example) or banning payments to specific entities; and cyber sanctions prohibiting countries or citizens from using certain applications or platforms. The United States blocking the requests of Iran, Venezuela, Cuba and Sudan for loans from the International Monetary Fund and the World Bank during the pandemic can be seen as an example of applying pressure on these states.

Targeted sanctions typically include suspending the issuance of visas and freezing accounts and assets.

Why did the United States impose sanctions against the International Criminal Court?

On March 5, 2020, the Appeals Chamber of the International Criminal Court (ICC), citing its universal jurisdiction, authorized an investigation into charges of U.S. military personnel and other U.S.-controlled units of committing war crimes during the operation in Afghanistan, despite the fact that the United States did not accept the jurisdiction of the ICC.

In response, on June 11, 2020, the President of the United States signed an executive order in which he strongly protested the ICC’s investigation into the alleged actions of U.S. officials and their allies. Trump additionally acknowledged that any investigation into such crimes would constitute a threat to the national security and sovereignty of the United States, authorized the suspension of entry into the United States of ICC officials, employees and family members, and other persons supporting the ICC's efforts. The executive order also mentions the possibility of freezing the accounts of such persons and seizing any other property under their control that is located in the United States.

How, in your opinion, will the measures directed against ICC personnel affect human rights?

Since the sanctions are aimed at preventing ICC personnel from carrying out their investigation and arresting, detaining or bringing charges against U.S. citizens or citizens of its allies without its consent, these measures effectively constitute interference in the ICC’s affairs and may undermine the ability of the ICC’s judges, prosecutors and officials to carry out their duties in an impartial manner. 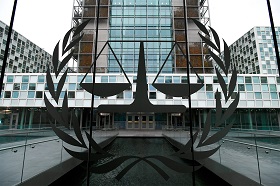 The part in the executive order about the possibility of imposing sanctions against those who have aided ICC officials is a violation of the rights of human rights defenders and human rights organizations. And, most importantly, such actions deprive the victims of war crimes of the opportunity to bring those who have committed crimes against them or their families to justice. /p>

And how do you think the measures against ICC staff will affect the development of international law? How has the international community, particularly the UN mechanisms, reacted to the actions of the United States?

It is against international law to impose unilateral sanctions against ICC officials, employees and family members and other persons supporting the ICC’s efforts. Committing a crime does not alter the regulatory provision, nor does it create a new one. This is true of both national and international law. This is why the ICC released a statement on June 11, 2020, on the inadmissibility of the measures taken by the United States to impede an objective investigation and impartial tribunal.

Similar statements were made by the United Nations Secretary-General, the High Representative of the Union for Foreign Affairs and Security Policy, several EU member states, Switzerland, 34 UN special rapporteurs and a significant number of international nongovernmental organizations.

USA vs. the International Criminal Court

Donald Trumps order, apparently, is connected with the “Afghan dossier” of the ICC

Are We in for Epidemics of Sanctions?

Tags
Sanctions, Human Rights, UN, UNSC, USA, ICC, International Criminal Court
Reader's choice
HideShow
The Soft Power of India and Russia
The Policy of Sanctions and the Golden Horde Legacy
A Strongman Stance: An Analysis of Trump and Biden on the World Stage
Is It Possible to Lift Sanctions Against Russia? — No
The Moscow–Tehran Axis: Alliance without Rigid Obligations