Professor of economics at the Columbia University

Jeffrey Sachs, a renowned Columbia University Professor of economics and former Special Advisor to three UN Secretaries-General, espouses views uncommon for the mainstream media in the West when it comes to the real origins of the ongoing crisis in Ukraine. Professor Sachs argues that peace negotiations in earnest should start immediately, proceeding from Ukraine’s neutrality and no NATO enlargement. He does not believe in isolating Russia, being convinced that Washington is undermining U.S. dollar worldwide prevalence by imposing sanctions on international payment systems. Finally, the famous academician and the author of many foreign affairs bestsellers maintains that the U.S. should respect the notion of a multipolar world with mutual respect for and observance of the UN Charter. Russian daily newspaper Rossiyskaya Gazeta reached out to Prof. Sachs, asking him to share some of his thoughts on the critical challenges that we are going through.

Jeffrey Sachs, a renowned Columbia University Professor of economics and former Special Advisor to three UN Secretaries-General, espouses views uncommon for the mainstream media in the West when it comes to the real origins of the ongoing crisis in Ukraine. Professor Sachs argues that peace negotiations in earnest should start immediately, proceeding from Ukraine’s neutrality and no NATO enlargement. He does not believe in isolating Russia, being convinced that Washington is undermining U.S. dollar worldwide prevalence by imposing sanctions on international payment systems. Finally, the famous academician and the author of many foreign affairs bestsellers maintains that the U.S. should respect the notion of a multipolar world with mutual respect for and observance of the UN Charter. Russian daily newspaper Rossiyskaya Gazeta reached out to Prof. Sachs, asking him to share some of his thoughts on the critical challenges that we are going through.

University of Chicago political scientist John J. Mearsheimer puts it bluntly: the main reason for the ongoing Ukrainian crisis is NATO’s expansion towards the East. In your recent interviews (to German news outlet “Spiegel” and the Greek “Kathimerini”) you argue the same thing: reckless promises of NATO membership made to Ukraine provoked Russia to the highest degree. This narrative, however, is at odds with the Western mainstream media mantra about “Russia’s hostile and unprovoked invasion of Ukraine.” Will U.S./EU audience one day realize what in fact went wrong? 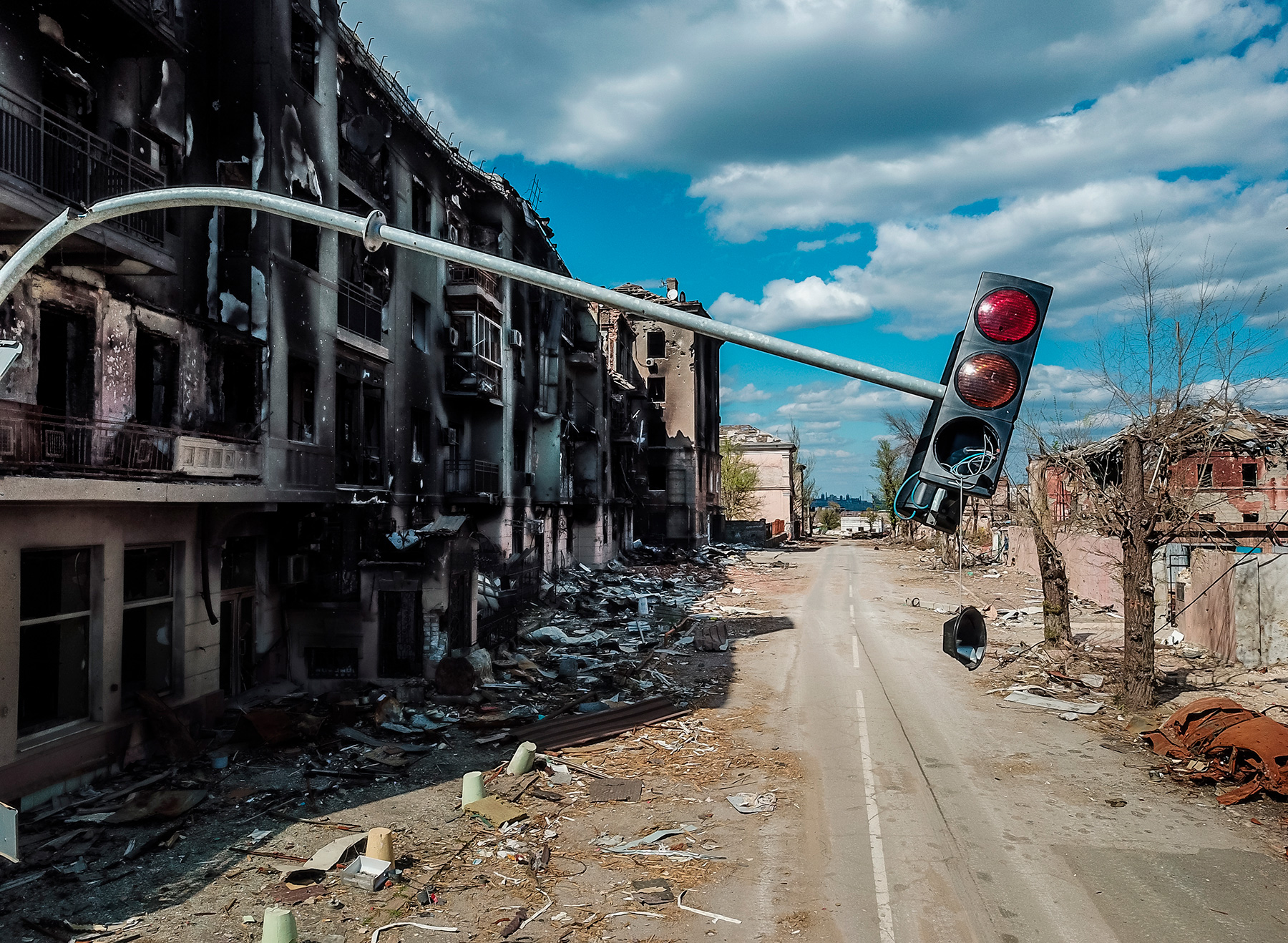 This war would not have occurred if all parties had negotiated properly and prudently. Even in 2021, the US and Russia could have agreed on key issues such as the non-enlargement of NATO to Ukraine and the importance of fulfilling the Minsk Agreements by all parties. The US was very stubborn in refusing to negotiate the question of NATO enlargement, but I think that Russia should have persevered with peaceful diplomacy and built support around the world for a sensible security arrangement based on Ukraine’s neutrality and the respect for the Minsk agreements. I believe that a peace agreement should be negotiated immediately, based on Ukraine’s neutrality (no NATO enlargement), Russia’s withdrawal from Ukraine, implementation of the Minsk Agreements, and the removal of economic sanctions on Russia. By rapidly reaching this kind of agreement, countless lives will be saved and the world will be made vastly safer.

How do you see exit strategy from the current West-Russia stalemate over Ukraine and what are the prospects for de-escalating the quite dangerous situation that we are currently in?

I hope that rationality prevails on all sides. This war is a lose-lose proposition for the entire world, and a very dangerous one. There is no reason for the ongoing fighting. The core interests of all parties can be achieved quickly and comprehensively through peaceful negotiations along the lines that I mentioned earlier.

Russia sees the current events in Ukraine not only as vital issue for its national security, but also in a much broader context—as an pivotal factor for transforming the global order towards a more just multipolar system without Western hegemony in foreign and economic affairs. What is your take on this? How can we overcome these crucial ideological differences?

I wrote a book about this in 2019 entitled A New Foreign Policy: Beyond American Exceptionalism. I strongly oppose the idea of attempts at hegemony by any nation. My argument is that the US should respect a multipolar world with mutual respect and observance of the UN Charter and the Universal Declaration of Human Rights. Of course, all nations, the US, Russia, and all others, should abide by the UN Charter. Just as the crisis in Iraq should have been handled by the UN Security Council in 2003, thereby avoiding the US-led war, the Ukraine war should have been avoided with the support of the UN Security Council, and should be ended now through diplomacy with the support of the UN Security Council.

Based on the British The Economist magazine assessment that some two-thirds of the global population live in the countries either friendly or neutral to Russia, what does this mean to your mind, especially in the light of the West’s attempts to isolate Moscow on the global stage? 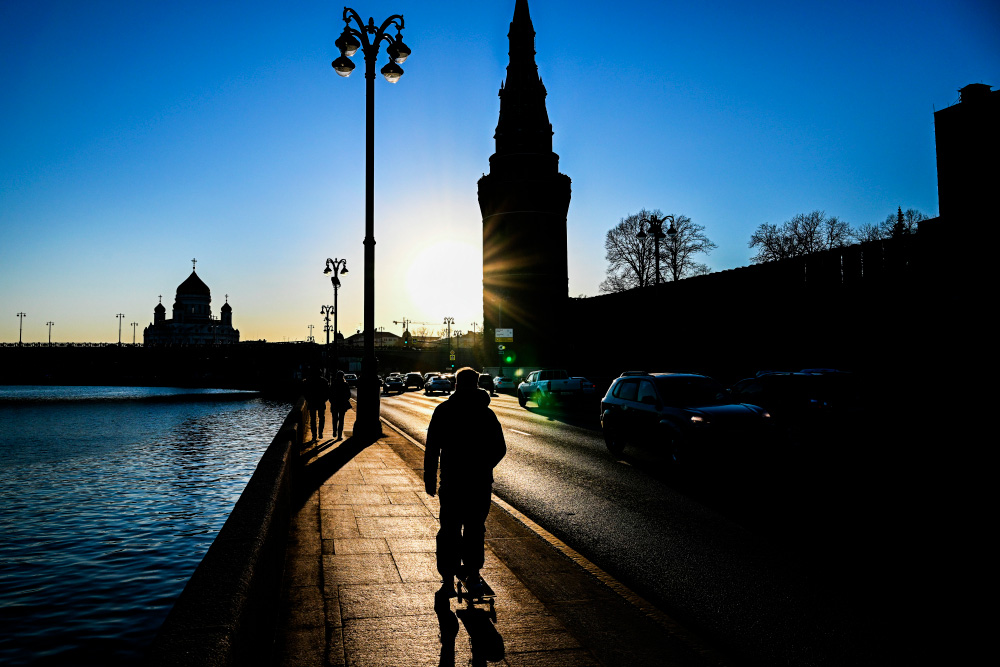 I don’t believe in isolating Russia. I think that is neither desirable nor feasible. I believe in rapidly and successfully concluding peace negotiations and ending sanctions on Russia. Most of the world does not want to be divided into geopolitical camps. Most of the world simply wants peace, security, and the chance for economic development and environmental sustainability. I don’t believe in dividing the world into camps. I believe that all of the world faces similar challenges of sustainable development, and should therefore work together to meet those challenges.

I often cite the wonderful words of President John F. Kennedy in his mission to reach a peace agreement with the Soviet Union in 1963: “So, let us not be blind to our differences—but let us also direct attention to our common interests and to the means by which those differences can be resolved. And if we cannot end now our differences, at least we can help make the world safe for diversity. For, in the final analysis, our most basic common link is that we all inhabit this small planet. We all breathe the same air. We all cherish our children’s future. And we are all mortal.” (June 10, 1963). These wise sentiments helped to achieve the Partial Nuclear Test Ban Treaty.

China, despite being pressured, stands as a reliable partner to Russia. Do you believe that Beijing could also resort to military force in order to protect its national interests if its red lines are crossed by the U.S. (for example, on Taiwan)? Is that probable?

Regarding China’s attitude to the Ukraine war, China wants the war to end, and is also opposed to NATO expansion into Ukraine. This is especially the case because NATO itself has declared that it is going to direct its focus towards China. The very idea of NATO becoming involved in East Asia is provocative, dangerous, and misguided in my view.

The EU wants to get rid from its dependency on Russian oil and gas. What would short and long-term repercussions be for European and global economy?

The world economy is being destabilized in the short term by the war and the US sanctions regime. The sudden reduction of flows of oil and gas from Russia to Europe will lead to a deep economic disruption in Europe, and indeed globally through higher world prices.

Over the longer term, the real issue is global climate change. All oil and gas countries—including both Russia and the US—need to shift from fossil fuels to renewable energy and “blue hydrogen” (producing hydrogen from Russia’s gas, and then sequestering the CO2). 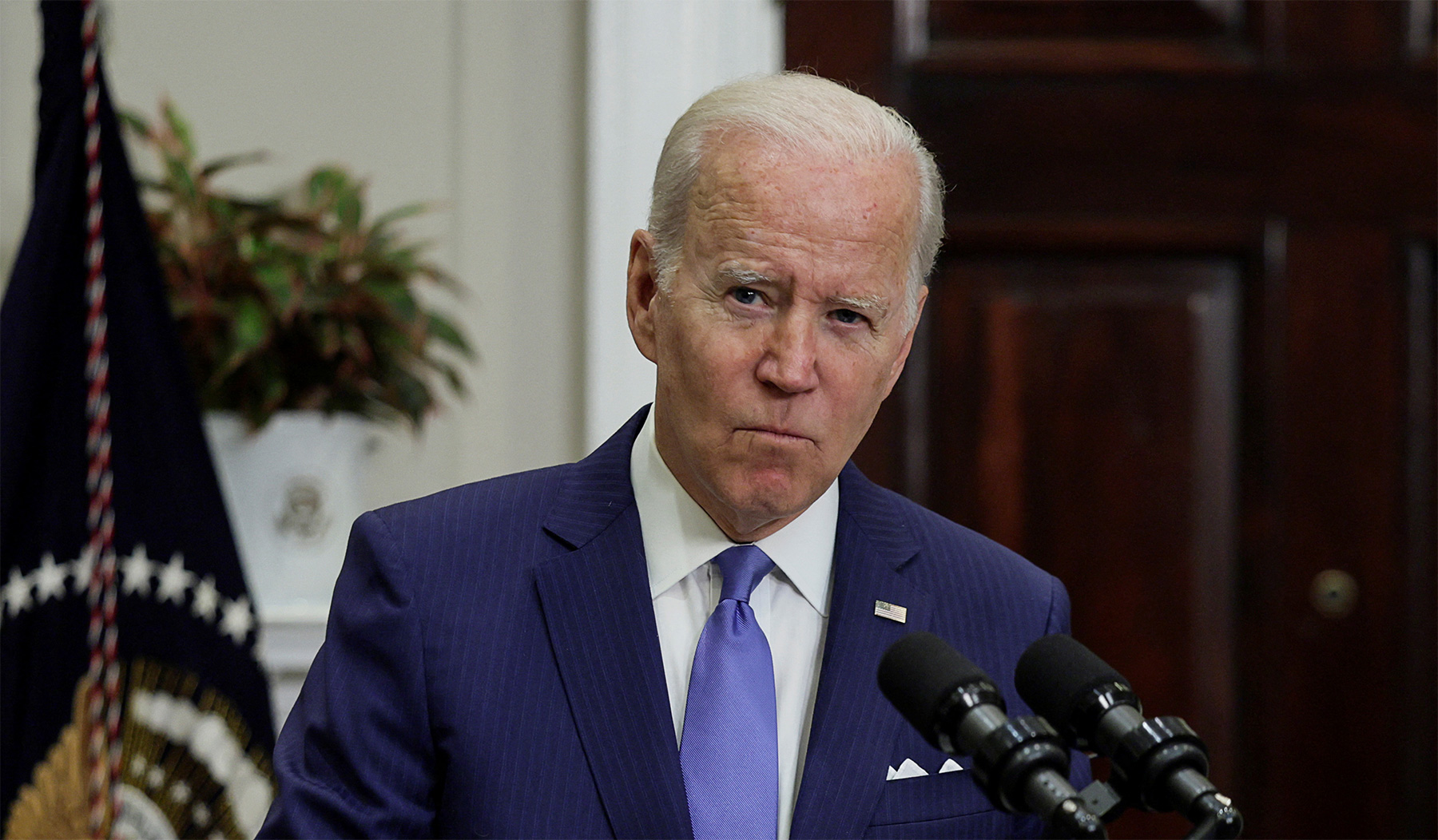 According to the recent IMF working paper and statements, the West has imposed unprecedented financial sanctions against Russia, while this bears the risk of eroding the dominance of the U.S. dollar as the Ukraine conflict could cause more fragmentation in global financial system. Would you agree with that assumption as Russia, China, India, Saudi Arabia, Turkey are seeking to gradually decrease its dependence on the U.S. currency? How do you see the international monetary system evolve in the next 5-10 years going forward?

I think that the US is undermining the role of the dollar by politicizing the payments system. The sanctions against Russia are not the only case. The US also confiscated the reserves of Venezuela and of Afghanistan. This is not consistent with the ostensible role of the dollar. It will inevitably lead to alternative payment systems such as the ones that Russia, China, and other countries are establishing. At the same time, digital currencies will also create entirely new payments and settlements systems that don’t rely on banks. For both reasons, the payments system will change markedly in the coming years. In any event, the payments system should be policed to limit tax evasion and other illegal activities, but not used for geopolitics.

Do you think the West will succeed in isolating Moscow from the global financial system?

I don’t believe that the West can isolate Russia as long as most of the world does not want to be drawn into the US-Russia tensions. From Russia’s point of view, though, I think that reaching a peace agreement with Ukraine on the terms that I described earlier (based on Ukraine’s neutrality and the Minsk agreements) would help to settle this dangerous conflict in a manner that most of the world will support.

What is your take on the U.S. and the EU decision to freeze a significant chunk of Russia’s Central Bank currency reserves? In 19 or even 20 centuries, such an aggressive move could be treated as casus belli. Do you think that this has become a new normal in the 21st century?

I disagree with the US approach and believe that the global payments system should not be politicized this way. More importantly, I believe that the war could be brought to a peaceful conclusion rapidly if the US and Russia negotiated in straightforward diplomacy, and especially if the US accepted the non-enlargement of NATO and all parties implemented the Minsk agreements. In that context, the sanctions should be removed.

Based on the recently published report claiming that the world faces a “perfect storm” for a new food crisis. In your understanding, what should be done to address this critical food insecurity challenge?

The food crisis is indeed extremely serious for many countries around the world, especially for the food-insecure poor countries. There is no fully satisfactory way to overcome this issue other than by reaching a peace agreement quickly. At the same time, the US should also make clear to the whole world, including to the grain traders and the grain-importing countries, that the sanctions do not apply to foodstuffs or to the banks that handle the exports of Russian grain and fertilizer. Most importantly though, we need peace quickly!

The victorious march of the authorities of the US, the EU, and other countries over the fragments of Russian property gives rise to legitimate fears among investors from other countries

Restoration, Reformation, Revolution? Blueprints for the World Order after the Russia-Ukraine conflict