Soon after breaking free from the shackles of economic sanctions in July, Tehran proposed a Free Trade Area (FTA) with the Eurasian Economic Union (EEU), a recent brainchild of Russian foreign policy. We met with Alexander Knyazev, Senior Research Fellow at the RAS Institute for Oriental Studies, to discuss how Moscow can combine cooperation with Iran with its Eurasian integration efforts.

Soon after breaking free from the shackles of economic sanctions in July, Tehran proposed a Free Trade Area (FTA) with the Eurasian Economic Union (EEU), a recent brainchild of Russian foreign policy. We met with Alexander Knyazev, Senior Research Fellow at the RAS Institute for Oriental Studies, to discuss how Moscow can combine cooperation with Iran with its Eurasian integration efforts.

Why was it Tehran and not Moscow that launched the Iran-EEU FTA initiative?

I can see two reasons. First of all, for Russia and other EEU states, Iran is significantly underestimated as a partner. Tehran is definitely on the backburner in Moscow's foreign and trade policies. In most cases, Russia views Iran in on ad hoc basis, using it as a tool in disputes with the United States and Europe. The Russia-Iran relationship is absolutely free of signs pointing to the presence of strategic or at the very least systemic endeavors. Recent political declarations barely deal with the problem that remains very much the ‘elephant in the room’. Astana and Minsk merely follow suit.

For Russia and other EEU states, Iran is significantly underestimated as a partner. 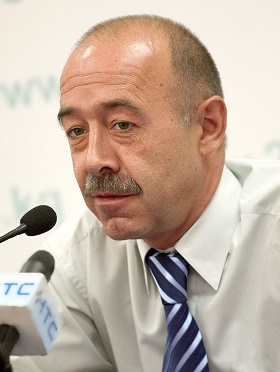 
Tehran, meanwhile, views Russia and China as among its international top priorities.

Tehran, meanwhile, views Russia and China as among its international top priorities, while some segments of its establishment orientate either toward the West or toward the Islamic world. This intra-elite confrontation can be fierce, with foreign policy issues remaining firmly in the limelight. In my opinion, the idea of establishing the EEU FTA is testament to the strength of those proponents of the Eurasian, i.e. Russian, development paradigm, although the government, including President Hassan Rouhani, is dominated by reformers who insist on rapprochement with the United States and the West more broadly. Fortunately, they are not the ones who define the nation's overall strategy. The decision-makers expect a great deal from partnering with Russia, including within the EEU format. These expectations are not infinite. As one can see from the Shanghai Cooperation Organization, Tehran seems to have lost interest in the organization, especially after its Ufa summit. If no adequate and timely response to the FTA initiative is forthcoming, the pro-West and pro-South groups within Iran may prevail. Russia has had a lot of trouble with the delivery of the S-300 missiles, while pro-Western circles in Tehran effectively set up marches under the Death to Russia slogan

Will EEU countries find cooperation with Iran lucrative? What can Tehran offer and, realistically, expect?

Iran is a 90-million-population market against 30 million in Belarus plus Kazakhstan. Due to the decades-long sanctions, Iran's development programs are self-sufficient and the nation's economy is largely self-reliant. However, development involves the need for export markets and technological upgrading. Some sectors require foreign participation. For example, Iran may boast a respectable auto industry but totally lacks any aircraft building capacity and relies heavily on the Russian nuclear industry. Iran has vast potential for exporting quality agricultural products, especially as they are free from the currently near all-pervasive GMOs and other dubious technologies. There are numerous areas for bilateral cooperation. A hub for major transcontinental communications, Iran could offer the EEU access to the Gulf and the Indian Ocean. There seem to be a number of opportunities for cooperation in the Caucasus, the Caspian and Central Asia. 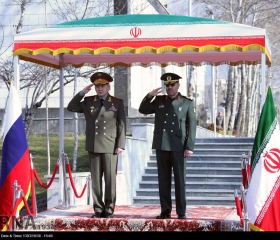 To what extent is Iran's economy different from comparable EEU economies?

There are no fundamental differences. Iran's economy is more diversified than that of Kazakhstan and in a way more than Russia’s. The resource factor is vital, and most key utilities develop domestically. In bilateral trade, Iran would be unlikely to be interested in obtaining goods produced inside the country but would eagerly import Russian high-tech items that are not welcome on other external markets. Iran is an energy power, and so developing a joint approach to hydrocarbon strategy could be of great help to both Russia and Kazakhstan.

Will FTA talks with Iran differ from other similar talks?

Moscow is well-known for a potent anti-Iran lobby. While an FTA is hardly a revolutionary step toward integration or even cooperation, the process may face hindrances. A similar but less prominent lobby exists in Astana, although Kazakhstan seems much more amenable to economic cooperation after commissioning the direct railway route to Iran. Besides, a great deal will depend on the de facto lifting of sanctions, because too many people display heightened expectations from the fundamentally insignificant Vienna accords between Iran and the United States. A future winner should not wait for UN or U.S. permission to establish a relationship with Iran, whose economy is definitely a coveted prize. First come, first served.

The idea of establishing the EEU FTA is testament to the strength of those proponents of the Eurasian, i.e. Russian, development paradigm.

The EEU may also launch similar negotiations with Israel. Could the extreme political differences between Iran and Israel hinder the advance of the Union's overall ties?

This question brings us back to the anti-Iran lobby in Moscow. As I see it, Israel may hardly offer the EEU a tiny bit of dividends emerging from broader trade with Iran. At the same time, these opinions are unlikely to change. But I do fear that political group interests could significantly slow the Iran-EEU rapprochement and thus push Tehran toward other trading partners.

Rate this article
Share this article
FOLLOW THE LATEST DEVELOPMENTS
Project
Russia-Iran Relations on the Modern Stage
Tags
Russia, Iran, EEU, FTA
Reader's choice
HideShow
The Ukrainian Crisis and Strategic Stability
How Russia's Policy in the Middle East and North Africa is Changing After February 24
Russia and Iran in Syria: A Competitive Partnership?
The Soft Power of India and Russia
Why Russia Believes It Cannot Lose In The Armed Conflict in Ukraine