Caroline Ducarme: As a Result of 5 Years of Conflict, the Health System in Yemen Has Collapsed

MSF Head of Mission in Yemen

Just days after the UN Special Envoy to Yemen Martin Griffiths spoke of ‘signs of hope’ toward a political settlement in the country, Caroline Ducarme, MSF Head of Mission in Yemen, sat down with the RIAC editorial team to discuss the collapse of the country’s health system and what MSF’s humanitarian efforts mean for the region.

Just days after the UN Special Envoy to Yemen Martin Griffiths spoke of ‘signs of hope’ toward a political settlement in the country, Caroline Ducarme, MSF Head of Mission in Yemen, sat down with the RIAC editorial team to discuss the collapse of the country’s health system and what MSF’s humanitarian efforts mean for the region.

What is the situation in Yemen now? Are there any prospects for stabilizing the situation, at least in terms of civilian casualties? 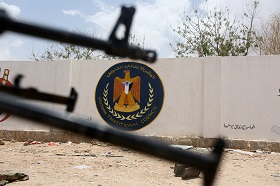 Nikolay Surkov:
Yemen: Federalization as an Alternative to War

The situation we are witnessing on the ground is one where, as a result of five years of conflict, the health system in Yemen has collapsed: the lack of operational hospitals and medical staff due to the absence of salaries, equipment, medicines and medical supplies is putting thousands of people at risk of death and illness. Operational public healthcare facilities are limited within communities, and Yemenis must travel long distances to access healthcare. Purchasing power has continued to decrease over the last four years of war and paying for transport represents a significant barrier to access healthcare. This means that patients often arrive late and cannot access healthcare in a timely manner, sometimes with fatal consequences: pregnant women with complications arrive late due to a lack of money and long hours of travelling, reducing the chance of survival for both mother and child; people with war-related injuries lose precious minutes before being stabilized, which could cost them their lives. The health system also needs immediate and comprehensive support to avoid the resurgence of disease outbreaks (such as cholera, diphtheria and measles).

In places like Abs, host to an estimated 100,000 IDPs in the area, civilians are at heightened risk of conflict-related injuries or death, they are being forced to seek safety again in informal camps or absorbed and/or merged with host families, all of them with reduced access to basic services with scarcity of food or water and where access to health services is limited.

What difficulties does MSF face in approaching humanitarian problems in Yemen? Which ones are the most sensitive?

Over the past year, MSF has faced growing administrative impediments to working in Yemen. We ask all parties to the conflict to ease the administrative and bureaucratic restrictions that currently obstruct us from accessing the most vulnerable people in a timely and safe manner.

The quality and scale of humanitarian response need to be improved through the easing of bureaucratic restrictions on access to and inside the country. Humanitarian actors must be able to access areas where people are in need. Warring parties' commitments to facilitate access are too often not followed through with action.

What about the safety of the organization’s personnel? Are there any losses among specialist in Yemen?

Security in Yemen for medical staff and patients is a crucial reason for constant and continuous engagement with all actors.

As shown recently in Mokha, incidents can and unfortunately are still happening. A hospital run by Médecins Sans Frontières in Mocha, in southwestern Yemen, was partially destroyed on November 13, when an aerial attack hit the surrounding buildings, including a military warehouse. At the time of the attack, around 30 patients and 35 staff were present in the hospital. Fortunately, no casualties were reported among them. Everyone was rapidly evacuated. The MSF hospital was severely damaged by the explosions and the fire which followed the aerial attack which hit a nearby military warehouse. The pharmacy was burnt and the office buildings were destroyed.

Since March 2015, civilians, medical staff and health facilities have been attacked by all warring parties in Yemen. MSF hospitals have been hit by Saudi and Emirati-led Coalition (SELC) airstrikes five times, and once from an unknown source. All parties to the conflict must ensure the protection of civilians, medical facilities and staff, and allow the wounded and sick unhindered access to healthcare.

What is the forecast for the development of the humanitarian situation in the region, according to MSF?

After almost five years of war, Yemenis continue to struggle to access and afford essential commodities such as fuel, food, water and medicine. Rising prices, unemployment, depreciation of the Yemeni Riyal currency and restrictions on imports aggravate the overall situation. Civilians do not only bear the brunt of on-going violence and insecurity but are also deprived of essential and lifesaving health care all over the country. The collapse of the healthcare system and key infrastructures has led to the resurgence of infectious diseases and further limits access to basic medical services. The consequences of the war on the population and the health system are too significant for any short time relief for them to be hoped for. Warring parties and countries involved in the conflict must alleviate the suffering of the Yemeni population.

Which countries assist MSF in implementing humanitarian help in Yemen? Whose help and what kind of assistance is most needed in Yemen at the moment?

MSF has a very strict funding policy and relies mostly on donations from individuals to ensure our operational independence and neutrality that we believe is critical to working in such a context. Humanitarian needs in Yemen remain enormous, and gaps in primary health care, in particular, are crucial. For this reason, access to the field and proximity to populations in need are essential to ensure sufficient supervision and technical support in the implementation of humanitarian programs.

Yemen: Federalization as an Alternative to War

If the current trend persists, the civil war should be expected to continue on several fronts at once, and Yemen will likely collapse slowly