Akihiko Tanaka: Trump Has Come to Recognise the Importance of the US-Japan Alliance System

President of the National Graduate Institute for Policy Studies (GRIPS)

On February 7, 2020, the Russian International Affairs Council (RIAC) hosted Professor Tanaka Akihiko, President of the National Graduate Institute for Policy Studies (GRIPS), for a round table on the topic “International Politics in East Asia and Japan. Prospects for Russia — Japan Cooperation”. In an interview following his speech, Prof. Tanaka reflected on the 60th anniversary of the US-Japan Security Treaty, what President Trump's 'getting tough' stance means for the world and why Japan is open to cooperation with third parties in Africa.

On February 7, 2020, the Russian International Affairs Council (RIAC) hosted Professor Tanaka Akihiko, President of the National Graduate Institute for Policy Studies (GRIPS), for a round table on the topic “International Politics in East Asia and Japan. Prospects for Russia — Japan Cooperation”. In an interview following his speech, Prof. Tanaka reflected on the 60th anniversary of the US-Japan Security Treaty, what President Trump's 'getting tough' stance means for the world and why Japan is open to cooperation with third parties in Africa.

We recently marked the US–Japan Security Treaty’s 60th year in effect. How do you view the Treaty’s role today?

This year marks the 60th anniversary of the Treaty of Mutual Cooperation and Security, concluded in 1960 between Japan and the US. However, this was not the beginning of security relations between the two countries. After its defeat in 1945, Japan was occupied by the Allied Forces until 1952.

In September 1951, in San Francisco, Japan, the US and the other Allied Powers signed the Treaty of Peace with Japan, also referred to as the “Treaty of San Francisco”, to re-establish peaceful relations and end the occupation. Together with the Treaty of San Francisco, Japan and the US concluded a bilateral security agreement, the Security Treaty between the United States and Japan, which marks the beginning of the security relations between the two countries. In 1960, this bilateral security treaty was revised to better clarify the positions of the two parties.

Therefore, when referring to the security relations between the US and Japan, it is essential to know that they originated in 1951. The system did not require Japan to have a vast military apparatus, as only a minimum necessary defence structure was needed. The latter condition was fulfilled in 1954, the year of the creation of the national Self-Defense Forces, designed to protect Japanese territory with a limited amount of military equipment.

With the security treaty system being a combination of American security forces with limited Japanese self-defence forces, it provided the necessary security environment which allowed Japan to direct most of its energy towards the economic and social development of the country, under its democratic governance. Within this system, the Japanese economy grew, along with a peaceful environment. In this sense, the 60th anniversary commemorates the success of this arrangement, thanks to which Japan became one of the world’s most significant economic powers, and the creation of a stable environment which has been war-free since 1945.

Regarding the upcoming US presidential election, which outcome do you think would be most beneficial for the US-Japan relations?

Since this is going to be the United States election, it is of course up to the American citizens to appoint the candidate most suited to lead the country. The Japanese people and government have always respected the US electoral results and decisions made by American citizens. We have coped well with all American administrations. I think that among the many presidents who have led the American people, Mr Donald Trump has been the most controversial. Public opinion polls in Japan have revealed that many Japanese showed some puzzle about Mr Trump's essence. 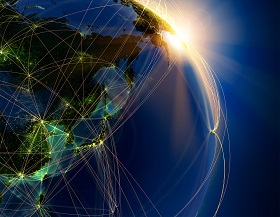 The Japanese government, under the current Prime Minister, Mr Shinzo Abe, has established a very constructive relationship with President Trump. Initially, Mr Trump indicated that he might review the validity of the American protection system under the US-Japan alliance, but as a result of dialogue with Mr Abe, the American President has come to recognise the importance of the US-Japan alliance system. Therefore, if Mr Trump is re-elected, we will get along with his administration. However, as I said before, it is up to the citizens of America to decide, and if another candidate is chosen, we will welcome the new president. My personal opinion is that Mr Trump’s narrow focus on American national interests has caused him to overlook the importance of the multilateral international system. Therefore, we would hope for the next US president to attach more importance to multilateral international institutions, such as the UN or the WTO. Moreover, we would like for the new administration to come back to the Paris Agreement and embrace climate change measures.

What would you consider better for Japan: Mr Trump's narrative of ‘getting tough’ with Japan, which has proven to be lighter than expected, or a new administration according to which Japan would have to adjust its foreign policy?

Despite President Trump’s initial stance, promising to ‘get tough’ with Japan, he seems to have come to understand the significance of our alliance system. We may expect to hold further negotiations over burden-sharing between the US and Japan, particularly if Mr Trump is re-elected. However, I am confident that it will be feasible to work out mutually agreeable arrangements. When Mr Trump assumed office, he announced the US intention to withdraw from the Trans-Pacific Partnership (TPP), the trade agreement among twelve countries with access to the Pacific Ocean. Once the US left the agreement, Japan persuaded other partners to cooperate to preserve and enact the TPP provision through the new Comprehensive and Progressive Agreement for the Trans-Pacific Partnership. After leaving the TPP, President Trump asserted that he would prefer bilateral US-Japan arrangements.

Consequently, we engaged in negotiations with the Trump Administration to reach a new bilateral agreement. As a result, last year, we concluded the US-Japan Trade Agreement, the outcome of which proved to be mutually beneficial, despite original fears of American insistence on more protectionist measures. Indeed, the arrangements are similar to those of the TPP. In conclusion, I think that it is possible for Japan and the US to reach mutually satisfactory agreements, even under the leadership of the Trump Administration.

Japan attaches increasing importance to its relations with Africa. The relation-building process goes back to 1993 when Japan and African nations agreed to hold a big international conference, the Tokyo International Conference for African Development (TICAD). After that, the conference was held every five years and, after 2014, we decided to meet more frequently, every three years to be exact. The last conference took place last year. During this time, we have cultivated strong relations with several African countries. 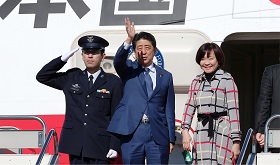 When I was the President of the Japan International Cooperation Agency (JICA), my primary task was to prepare cooperation projects for the development of African countries. By carrying out these projects, we have learnt much and established a sound partnership with the African people. I believe that recently more and more countries in Africa are being equipped with better governance systems. In the past, we encountered many difficulties, such as repaying debts. However, nowadays, I believe that many African countries are well aware of the sound development plans that are in place. Furthermore, our Prime Minister has encouraged Japanese businesses to come to Africa to expand their investment opportunities and market possibilities. As a result, progressively more Japanese companies have shown greater interest in the expansion of their business on the African continent.

Do you believe that African countries' support for Japan's attempts to induce a reform of the UN Security Council could be decisive for achieving such a goal?

For a long time, Japan has expressed its interest and intention to contribute to the work of the UN by becoming a permanent member of the UN Security Council, as its financial contributions to the organisation have been rather significant. Therefore, Japan’s wish is to play a political role in the organisation, which is proportional to its financial contribution. However, the composition of the UN Security Council is a complicated issue, as no revision has been made since its inception.

Japan believes that reforms should be implemented. Therefore significant support is needed. We are pleased that many of our African partners provide such support for our initiatives. Nonetheless, whether or not these are realised largely depends on political circumstances. We would like to pursue that goal, but we are also very realistic. Many Japanese argue that there are alternative ways through which Japan can contribute to the work of the UN, other than becoming a permanent member of the Security Council. Acquiring this status is highly important, but it is not the only way that Japan can contribute to the effective work of the UN.

FOLLOW THE LATEST DEVELOPMENTS
Regional Security in Northeast Asia and the Russia–Japan–U.S. Triangle

Keep Calm and Carry On? A Japanese Perspective on A Post-Liberal World

On February 7, 2020, Russian International Affairs Council (RIAC) held a round table “International Politics in East Asia and Japan. Prospects for Russia — Japan Cooperation”. The event was organized with the support of the Embassy of Japan in Russia