The invigoration of dialogue between Moscow and Tokyo has again raised the question of the prospects for concluding a peace treaty. Both countries see the intensification of trade and economic cooperation as one of the goals of their negotiations. Japan’s diplomacy implies by default that solving the so-called “territorial issue” will create new conditions for commercial relations between the two countries. Russia is prepared for speeding up such relations regardless of the discussion on the Kuril Islands. However, there are many pitfalls on the road to a new quality of economic relations. The problem of the sanctions against Russia is one of the most urgent.

The invigoration of dialogue between Moscow and Tokyo has again raised the question of the prospects for concluding a peace treaty. Both countries see the intensification of trade and economic cooperation as one of the goals of their negotiations. Japan’s diplomacy implies by default that solving the so-called “territorial issue” will create new conditions for commercial relations between the two countries. Russia is prepared for speeding up such relations regardless of the discussion on the Kuril Islands. However, there are many pitfalls on the road to a new quality of economic relations. The problem of the sanctions against Russia is one of the most urgent. 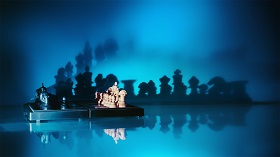 Starting in 2014, Japan conducted the most moderate policy of sanctions compared to the US and EU. Tokyo managed to create a sensible balance between its solidarity with the G7 and its own national interests. Japan’s current sanctions result in very limited and largely symbolic damage to trade with Russia. Nevertheless, the sanctions factor is undermining the traditional argument of Japanese diplomacy that greater economic cooperation should hinge on the resolution of the territorial issue. The main problem is the exterritorial character of the US sanctions. Even if the Japanese government uses a moderate sanctions policy vis-à-vis Moscow, Japanese companies are unlikely to engage in active business in Russia’s sanctions-hit sectors for fear of US fines and a possibility of losing the US market. In other words, the sanctions seriously devalue the idea of a compromise on the islands in exchange for investment and a new level of relations. Tokyo, too, will find it difficult to do much to change the situation, even if it has the political will to do so. The exterritorial nature of the US sanctions will impede Russia-Japan cooperation regardless of what the dialogue on the Kuril Islands results in. It appears that the Russian diplomats are well aware of this prospect.

However, throughout history Japan has demonstrated a high level of adaptation to US sanctions, if they interfered with its interests. For example, Japan was a major importer of Iranian oil for a long time. The consistent toughening of US sanctions against Iran has compelled Tokyo to look for workarounds. Japanese negotiators professionally obtained concessions and exclusions from the Americans. This was also the case with the US’s most recent sanctions against Iran, which were introduced on November 5, 2018. Tokyo gained exclusions, even if in exchange for a commitment to reduce purchases of Iranian oil. In other words, the fact that the sanctions undermine the link between “the territorial issue” and the promise of greater economic cooperation does not obviate chances for such cooperation in principle.

Ivan Timofeev:
Sanctions for the Violation of Sanctions: Businesses on US Treasury Radar

The first restrictions were imposed on Russia in response to the referendum on Crimea’s reunification with Russia. On March 18, Japan’s Foreign Ministry suspended consultations on the visa regime and froze the talks on investment cooperation, cooperation in space, and military incidents. On April 29, the first personal visa restrictions were imposed on 23 people. These measures were largely a signal to G7 assuring them of Tokyo’s solidarity with their position on Ukraine. The signal was also meant for Moscow. Nonetheless, even at this stage, Japan’s actions were more cautious than those taken by the US and the EU.

The MH-117 flight incident provoked a new wave of sanctions against Russia. Japan acceded to the EU and US position but its sanctions were still less harsh. Under the 1949 Foreign Exchange and Foreign Trade Act, the assets of 40 individuals and two organizations were frozen in Japan (given that hardly any of them had these assets). On December 9, 2014, this list was supplemented with another 26 individuals and 14 organizations.

In the latter half of 2014, the US and the EU introduced sectoral sanctions against Russia, notably, against its defense, financial and energy sectors. On September 24, 2014, Japan used its own version of sectoral sanctions, which was much milder. The Japanese imposed restrictions on the supply of defense products and dual-purpose goods (that were not supplied anyway) and blacklisted five Russian banks: Sberbank, VTB, VEB, Gazprombank and Rosselkhozbank, banning transactions with their securities that had a maturity period of over 90 days. Tokyo refrained from imposing sanctions on the Russian energy sector. Like the EU, Japan avoided escalating sanctions against Russia beyond “the Ukraine package.” 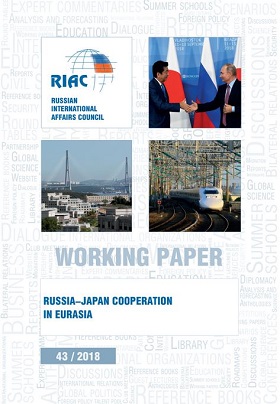 A key question for the future is whether Japanese companies wish to invest in Russia, considering US exterritorial sanctions, especially after the adoption of Law PL 115-44 (CAATSA), and considering the potential serious toughening of US sanctions. Experience shows that the US Department of the Treasury fines companies with any national affiliation for violating US exterritorial sanctions. For example, investigations against legal entities from Sweden, France, China and the US were carried out finalized in 2018. Allied relations do not relieve corporate entities from the threat of sanctions by the US Department of the Treasury. As a result, governments of some countries oppose the sanctions and even are prepared to protect their companies. However, most businesses prefer not to take the risk and to comply with US laws. Settlement of disputes with the US regulator shows that the companies involved prefer to obey the US requirements as best they can and even go beyond.

Washington’s increasing sanctions pressure on Russia engenders higher risks for Japanese business. Given the US dollar’s domination, Japanese transactions with Russia will always be on the US authorities’ radars, with all the ensuing consequences, including fines, restrictions on deals and a ban on trading in the US market.

However, Japanese companies have already made deals with Russians despite the sanctions. In 2016, the Japanese Bank for International Cooperation (JBIC) issued a loan worth $39 million to Sberbank for a project in the Far East. It has also invested $400 million in Yamal LNG owned by Novatek (which is under US sanctions). Another project implied an investment of $170 million in Transneft that is also hit by US and EU sanctions.

The question is whether other Japanese companies (especially private ones) will invest in Russia in a big way. The experience of cooperation with China and India shows that their private businesses prefer to abide by US requirements even knowing about Moscow’s friendly political relations with Beijing and Delhi. Will Tokyo be an exception to this trend? Time will tell.

Rate this article
Share this article
FOLLOW THE LATEST DEVELOPMENTS
Project
Russia and Japan: How to Solve Problems in Bilateral Relations
Related materials
Sanctions for the Violation of Sanctions: Businesses on US Treasury Radar

Tags
Japan, Russia, Economy, Sanctions, USA, Kuril Islands
Reader's choice
HideShow
No Time for Fatalism
Ukrainian Crisis, Turkey and Eurasia: Who Wins?
What Could Take BRICS Forward?
On Russia’s Fulfillment of Obligations under the Convention on Prohibition of Chemical Weapons
Europe and the Atomic Bomb