Sanctions for the Violation of Sanctions: Businesses on US Treasury Radar

Many evaluations of the US sanctions policy focus on major political steps – the adoption of new laws, the US President’s executive orders, the drafting of new bills, etc. At the same time, the practice of US regulators punishing specific companies for violating sanctions is of great interest. Such practices say a lot about the specifics of the sanctions policy and their effectiveness.

In 2018, the US Department of the Treasury announced a settlement of claims against four companies totaling $60.8 million. The number of companies and the amount of the fines are small compared with previous years. In 2017, 16 cases were settled for a total amount of $119.5 million, while, for example, in 2014, there were 22 cases worth $1.205 billion. Moreover, each case can include claims that had accumulated over a long period of time. Taking into account the growing sanctions pressure on Russia, the case studies of 2018 are especially interesting. They combine sanctions against both American and foreign companies, large companies and small businesses. 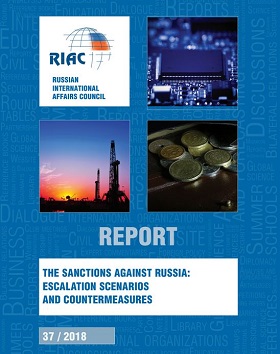 RIAC Report “The Sanctions Against Russia: Escalation Scenarios and Countermeasures”

In 2018, the French bank Societe Generale agreed to pay the US Treasury the highest fine, almost $54 million. The Treasury accused the French bank of conducting over a thousand transactions that violated the sanctions regime against Cuba, Iran and Sudan worth $5.5 billion during 2007-2012. The American regulator also established a number of aggravating circumstances including some of bank employees’ awareness of possible violations of the US sanctions, ignoring “alarm signals” (such as the refusal of some US banks to make transfers) and cases of non-transparent transfers. The Treasury also pointed out that the bank was a large business, which implies tighter requirements for compliance with the law. To the bank’s disadvantage, the transactions happened to give economic benefit to individuals under the sanctions, according to the US authorities. However, rigorous efforts to resolve the problem on the part of the bank were taken favorably by the US side. The bank cooperated with the US authorities in the investigation process, and even initiated its own internal investigation, improved the procedures to minimize the risk of sanctions violations, increased the budget and the number of supervisory staff, and introduced a training program on the enforcement of the sanctions.

The second major case involved JP Morgan Chase, which agreed to pay a fine of $5.2 million. The Treasury has identified 87 operations worth more than $1 billion, of which only 0.14%, that is, about $1.5 million, concerned the interests of individuals under sanctions. The individuals had been targeted by the anti-Cuba and anti-Iran sanctions, as well as sanctions involving WMD. As in the case of Societe Generale, the causes were found in bank operations from 2008-2012. The claims included a lack of appropriate screening of foreign counterparties (although the bank had the opportunity to do this), ignoring “alarm signals,” employee awareness of the participants in transactions, and the economic benefits gained by individuals under the sanctions. The very fact of blacklisted individuals benefiting from illegal activity is seen as undermining the sanctions regime. However, it was in the bank’s favor that the improper transactions comprised only a small part of the total number of operations, and that the bank actively cooperated with the Treasury in the investigation, conducted a thorough audit of its counterparties, increased the number of supervisory staff, purchased equipment for screening sanction risks, and introduced employee training.

The sanctions against the American company Epsilon Electronics are an interesting case. The company agreed to pay a fine of $1.5 million for violating the sanctions against Iran between 2008 and 2012. The Treasury accused the company of dealing with a counterparty that supplied its products to Iran. The company tried to challenge these decisions in court, but lost. The company’s defense was hurt by the lack of procedures in place for monitoring sanctions risks, while the prohibited transactions were systemic in nature. However, the regulator took into account the fact that the company was basically a small business, that it had not received any warnings and that it cooperated with the authorities. Usually these factors lead to a reduced fine. 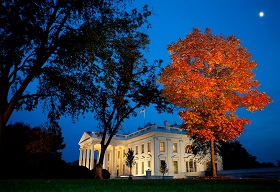 Finally, another case was the Swedish company Ericsson. It had to pay only $145,800, which seemed like a “vegetarian bite” compared with the rest. The case involved a violation of sanctions against Sudan in 2011-2012. The company’s employees attempted to sell telecommunications equipment to Sudan. Moreover, according to the Americans, they were aware of the sanctions, and they consciously tried to circumvent them. Furthermore, the employees ignored the restrictions of the company’s own control bodies and carried out the transaction. Being a big business counted against Ericsson in the eyes of the Americans. That is, a big business had the opportunity to better control risks and comply with the sanctions. Nevertheless, the regulator made a concession because the case with Sudan was the only one and a result of the “human factor.” Ericsson also actively cooperated with US financial authorities and took additional measures to monitor compliance with the sanctions regime.

All four cases of claim settlement with the US Treasury reveal several important trends. First, both American and foreign companies have an equal chance of being targeted under the sanctions. Second, the US financial intelligence radar can find targets of various sizes – from large banks to small companies. Third, deliberate violations, and even more so, attempts to bypass the sanctions and cover them up exacerbate the company’s position. The same holds true in terms of size – the bigger the perpetrator, the more rigorous the OFAC approach will be. Fourth, companies are eager to cooperate with the US regulator, which is seen as a mitigating circumstance. The same can be said about the companies’ efforts to enhance compliance with the sanctions. If a company invests additional funds in risk control, trains employees and purchases auditing equipment, the fines can be reduced.

All of the above mainly applies to those companies that have assets or interests in the United States, and are also interested in having a clean reputation in dealing with the US regulator. The consequences for violating the sanctions are often deferred. Foreign companies can make comprehensive efforts to control risks, even where it is not formally required. For Russian companies, this represents a serious challenge in relations with foreign counterparties, especially when it comes to private companies. State owned firms are becoming more attractive partners, as they can rely on the direct support of their governments in dealing with the US Treasury. However, they can also place high demands on risk control. The form of ownership can mitigate the effects of the sanctions, but is unlikely to help avoid them.

FOLLOW THE LATEST DEVELOPMENTS
The Sanctions Against Russia: Escalation Scenarios and Countermeasures

Sanctions Activity of the US and the EU in Regard to Russia: Consequences for Arctic Projects

Threats and Challenges for Russia’s Arctic Activity under Sanctions