The attempted military coup in the Turkish Republic once again forces the authorities to rethink their domestic and foreign policies. The pursued course has led to a country not having positive relations with any of its neighbours.

Still, former Prime Minister Ahmet Davutoglu did hand in his resignation on May 22. He was succeeded by Binali Yildeirim, who took office on May 24, 2016. The new Prime Minister set about normalizing relations with Turkey’s neighbours. While the agreement with Israel had been prepared for several years, the resumption of relations with Russia owes much to the appointment of Binali Yildirim. The Turkish Prime Minister made several polite approaches towards Baghdad and Cairo, and even declared that Ankara was willing to cooperate with Syria. The following day, though, he added that Bashar Assad had to go before a constructive dialogue could be possible. 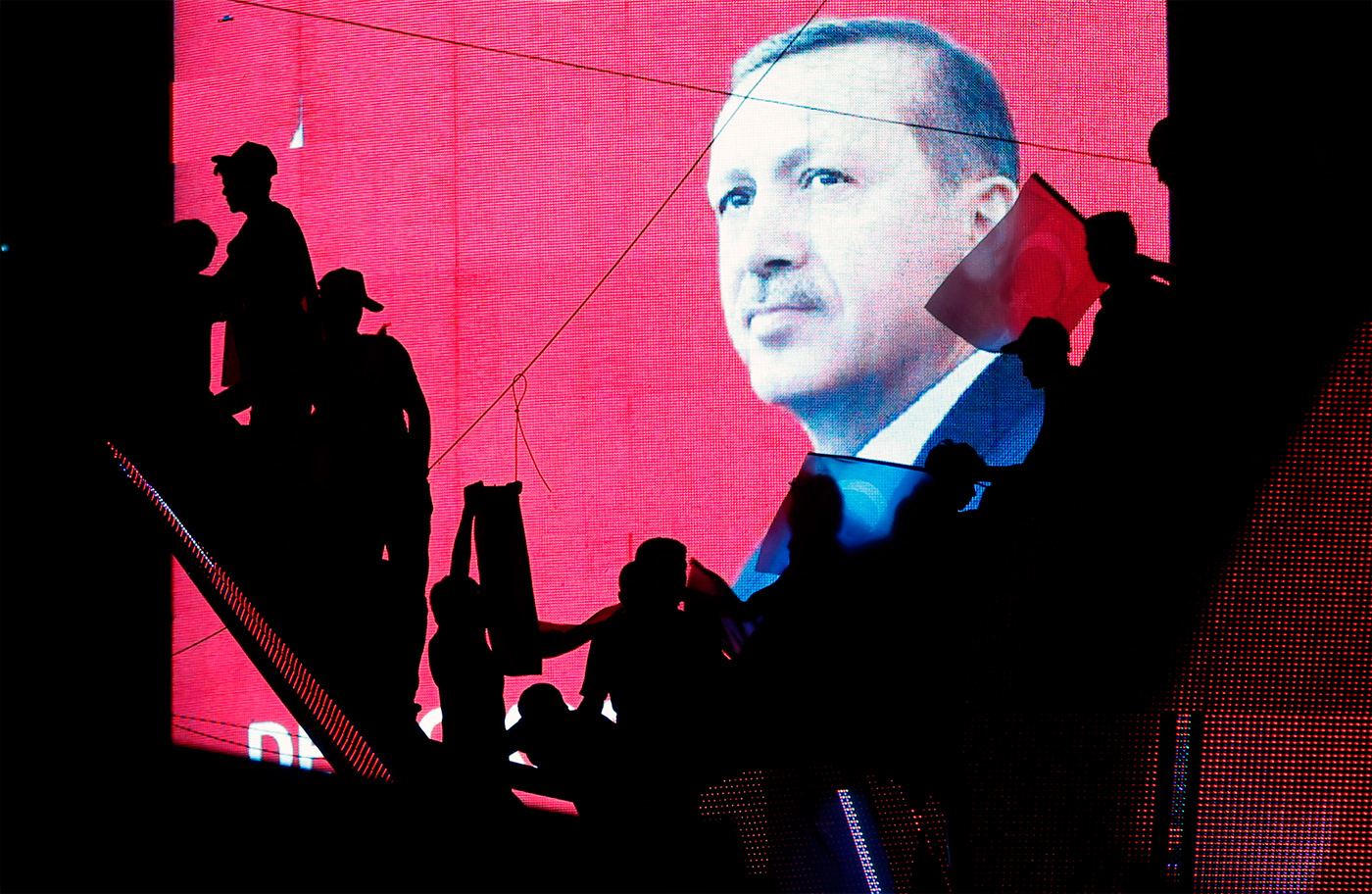 On July 15, 2016 an attempted military coup was launched in Turkey. However, owing to certain circumstances, the coup was doomed to failure from the very start. The rebels failed to neutralise the President, the Prime Minister and government members, and did not gain control over all the influential media outlets. An announcer went on air at the state TRT channel and read out an appeal to the people on the orders of the rebels who had seized the building. The message was not totally clear and the leader of the coup was not named. The rebels spoke about the destructive policy of the elites, who are incapable of coping with society’s problems and said the government had lost its legitimacy. They announced a curfew and the formation of the governing body, which they called the Peace Council. Turkish citizens and outside observers were puzzled. Prime Minister Yildirim’s explanation that an insurgent group of military officers had attempted a government coup, and his reassurance that the government had the situation under control cleared the matter up somewhat. But he was not totally convincing because, naturally, everyone was waiting for information about the whereabouts and fate of President Recep Tayyip Erdogan.

Conflicting reports were coming in. Internet service in the country was erratic and access to the social networks and Twitter was limited. However, some media outlets quickly resumed their work. The CNN Turk channel owned by the Turkish Doğan Yayın Holding and the U.S. Turner Broadcasting System played an important role.

The channel’s presenters managed to establish a video link with the President, who was on holiday in Marmaris. It was discovered later that the building he had managed to leave was attacked by the rebels. Erdogan, not sounding very confident, put the blame for the coup on the preacher Fethullah Gulen who lives in the United States, his supporters and what he called “the parallel state.” He also said that the coup attempt was made by a small group of soldiers and called on the masses to come out into the squares and airports. As a matter of curiosity, it was not over the state-controlled TRT or NTV that Erdogan was able to address the nation, but over CNN Turk, which had frequently come under attack from the Turkish Prosecutor’s office. Nevertheless, it has to be said that the channel has links with the government. 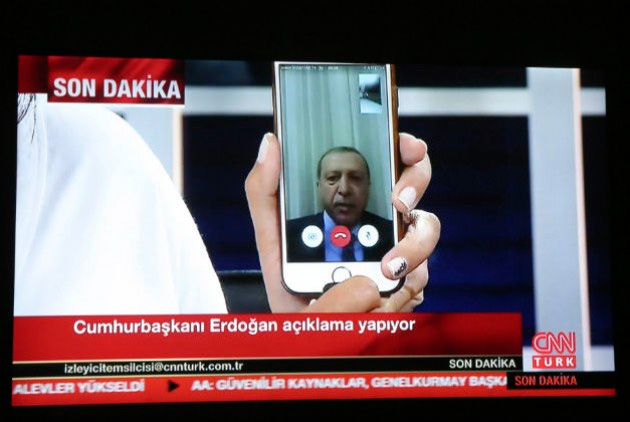 By this time, the government had succeeded in resuming its work. Binali Yildirim’s remaining silent (while Erdogan and other politicians were speaking) is probably due to the fact that the active phase of suppressing the mutiny was under way. The rebels were first confronted by the security and police forces. The Turkish intelligence MIT was late to learn about the coup and confront it, which is not surprising considering the degree of mutual dependence attained by Erdogan and the special services during the years of working closely in various areas, primarily in Syria and Iraq. At a critical point, Commander Umit Dundar engaged several corps of the First Army stationed in Istanbul, which had already seized Istanbul Airport. He also warned Erdogan, urging him to leave Marmaris and head not for Ankara, but for Istanbul, where Dundar could ensure the President’s security. Dundar’s First Army pushed its fellow-servicemen out of the airport. It became clear that the coup did not have the support of the whole army. The capture of the airport by government supporters was in many ways a turning point.

CNN Turk contacted former Prime Minister Ahmet Davutoglu, who called on the people to defend democracy at set aside all differences. The people had been waiting for his speech, and he sounded more confident than Erdogan had done in his first address. The TV anchors then made contact with the former President of Turkey Abdullah Gul. Gul displayed much more energy, confidence and presence than either Erdogan or Davutoglu. He called on the rebels to leave the path on which they had embarked. Moreover, he ordered them back to their barracks and forbade them to open fire on people.

The call came at the right time. At the very beginning, people marched under anti-coup slogans “shoulder-to-shoulder against the army” (according to videos posted on Twitter and in the media early on). Then the slogans Ya Allah, Bismilla, Allahu Akbar appeared. The mobilization resources of the ruling Justice and Development Party ware pressed into service, with imams calling on people to come out into the streets and oppose the coup.

Various officials appeared on CNN Turk saying that army interference in politics was inadmissible and that democracy would prevail. None of the opposition parties recognized the coup and all of them backed democracy.

Thus the coup mechanism was disrupted.

•         It was not the entire army that was engaged in the coup, only parts of it. A split within the army became apparent (some, notably General Umit Dundar, joined the pro-government forces), which is attributable to the purges carried out since the Justice and Development Party came to power. Besides, many soldiers at the operational level might not have been aware of what was taking place and obeyed the orders of their immediate superiors at the middle level. When masses of people took to the streets, the group of rebels were at a loss.

•         The coup was carried out without collusion and without the top interior ministry and intelligence officers’ participation. Although the rebels neutralized some armed forces commanders, pro-government forces managed to keep control of the personnel. The insurgents seized the Chief of the General Staff and Umit Dundar was appointed Acting Chief. The police and Gendarmerie General Command put up a stiff resistance to the rebels.

•         The coup-makers failed to neutralise government supporters who managed to organise counter-actions. Besides, the fact that influential Turkish politicians appeared on the CNN Turk channel and managed to mobilize society through various institutional channels had a psychological effect. All the opposition parties also came out against the coup. The fact that F-16 fighter planes attacked the Turkish parliament and the soldiers opened fire on the demonstrators gained little sympathy on the part of the population. 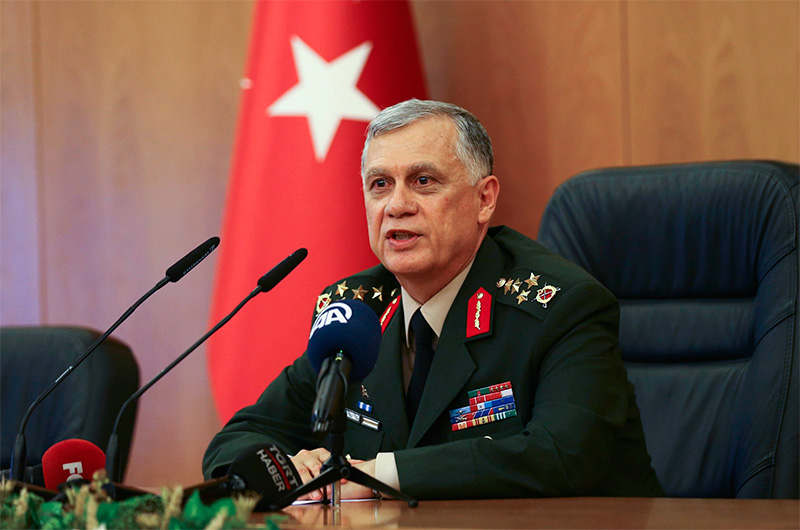 How Will the Attempted Coup Affect Turkey’s Foreign Policy?

Although Barack Obama has backed Turkey’s democratically elected government, there may be a cooling of relations with the United States. This is because the preacher Fethullah Gulen, man accused by the Turkish government of organizing of the military coup, lives in the United States. Gulen has denied any involvement in the events and condemned the coup attempt. Besides, the F-16 planes were scrambled from Incirlik Air Base, where NATO planes, including U.S. ones, are stationed. The link is lent credence by the fact that former Commander of the Turkish Air Force Akin Ozturk has been named as the presumed leader of the insurgents. Binali Yildirim has already declared that the country which is harbouring the “chief of a terrorist organization complicit in a government coup is not a friend of Turkey.”

Turkey–EU relations are likely to be strained moving forward. Justice and Development Party deputies submitted a motion to reintroduce the death penalty to parliament. Obviously, if Turkey brings back capital punishment, it will forfeit any chance of joining the European Union. Moreover, the purges that started after the coup are not limited to medium-level officers. They have also struck the justice system, with the Supreme Board of Judges and Prosecutors sacking 2745 of those within its ranks. An investigation is under way on suspicion of links with the Gulen movement. The vulnerability of the justice system to interference by other branches of power cannot but have an impact on relations with the European Union. The step itself can be seen as a prelude to the constitution amendment aming at expanding presidential powers. But the fact that the authorities are already investigating thousands of people who may have had links with anti-government forces might lead to negative consequences and split society in the longer term. Much will depend on how Erdogan interacts with the opposition forces.

The foreign policy course chosen by the new prime minister will generally be preserved. In the short term, the events will strengthen Erdogan. The President will be able to pursue a more confident policy. The latest achievements of Prime Minister Binali Yildirim will not be touched. Dialogue with Russia will continue and the course for restoring links and opening constructive cooperation with neighbouring states will be maintained. Success will hinge on the efforts of all the parties to overcome their differences. And it is the strategic vision of the country’s foreign policy, as well as tactical pragmatism, that are pushing Turkey in that direction.