One of the first victims of Donald Trump's budget reductions will be the U.S. aid to foreign countries. Aid programs have never been popular in the United States with Donald Trump repeatedly urging to "stop feeding" its enemies and foes during his election campaign. Although Washington spends only 0,17% of its GDP on aid, which is much less than the majority of European countries (up to 1% of GDP), budget cutting might reach several billion dollars.

How will the reductions be implemented? The American aid is divided into two parts: socioeconomic development and security programs:

Apparently programs criticized by Trump as ineffective and counterproductive from the U.S. interests' point of view, are to be cut first. Out of 10 largest U.S. aid recipients 7 are located in Africa and three in Asia. Judging by the look of it, reductions will cover all of these countries. 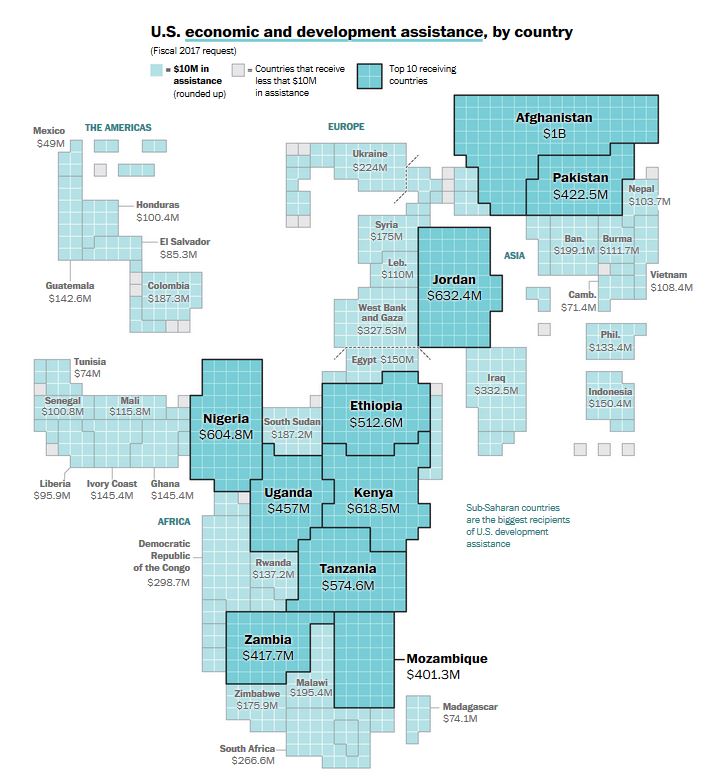 The U.S. military aid geography is different with main recipients located in the Middle East and the new U.S. strategy in the region undefined. Though it is clear that Trump is not going to reduce military aid to Israel and is unlikely to be ready to wrap up the long-term programs with Egypt and Iraq. Afghanistan seems to be the only reserve that Trump has never considered his Administration's foreign policy priorities. 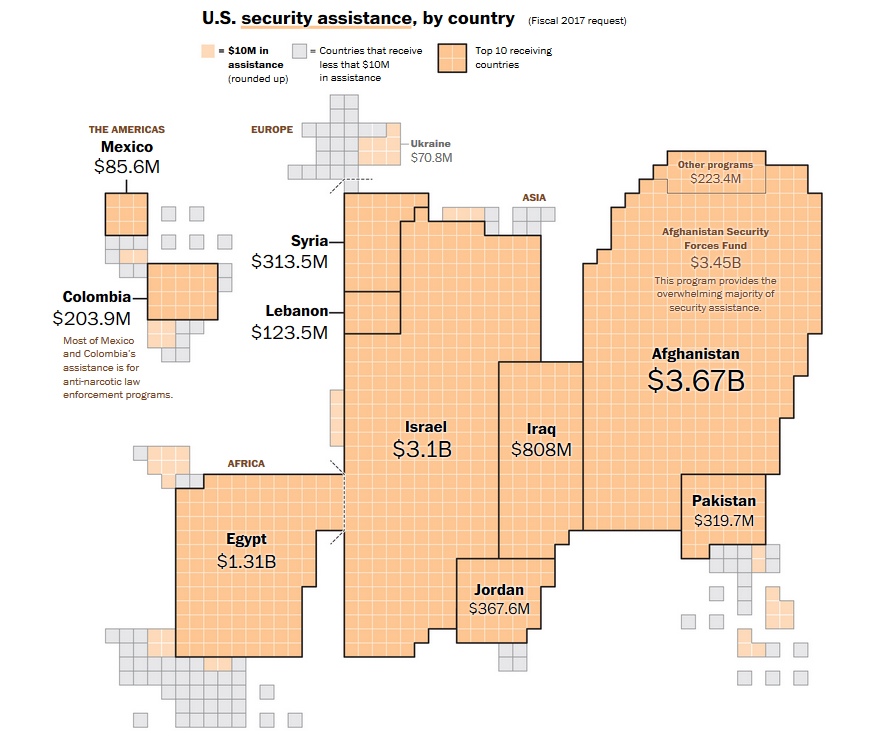 The U.S. contribution to international organizations is also under threat. Trump is convinced that the American share in contributions to the UN is unfairly large (22% of the main budget and 29% of peacekeeping operations budget). U.S. contribution in international fight against hunger, global epidemies and climate change is going to be reduced. Taking into consideration the state of world economy, it is hardly likely that other rich countries are going to increase such programs to compensate for the U.S. aid reduction.