From Pepe the Frog to #10yearschallenge: Why Politicians Have Turned to Memes

When most people think about memes, they probably imagine pictures with amusing captions or popular viral videos. In marketing and public relations, memes have established themselves as a rather effective means of communication. And now politicians, who are usually slow to adapt to innovations in the field of public relations, are starting to use this method more and more to interact with voters.

Those who have worked out how to properly use memes tend to be more successful in the political arena. The 2016 election campaign in the United States is a good example of this, as politicians started to do “post memes” as a way to boost their visibility.

Memes have smoothly trickled over from the entertainment industry to the sphere of political communication. Although it should be noted that it was not politicians who suddenly started using memes as a means of communicating with the internet public; rather, it was the public that created a demand for this method of expressing one’s political views. Politicians, of course, knew about memes and on occasion referenced them in their speeches. Barack Obama even parodied the popular “Grumpy Cat” meme. But these things were beyond the realm of politics and were merely an entertaining distraction, an image boost for individual politicians.

The tendency towards the politicization of memes originated on the niche imageboards Reddit and 4chan before gradually making its way to the mainstream social networks, namely Facebook and Twitter. Indeed, it was on Reddit and 4chan that the Trump and Bernie Sanders supporters platforms were created (Sanders’ supports moved over to Trump’s side when he pulled out of the presidential race) and where the modern alt-right movement got its start (as a kind of political trolling). It was here that the Pepe the Frog memes and popular Trump hashtags were born. However, the election of Trump as President of the United States did not slow this down. On the contrary, it provoked what is now jokingly referred to as “The Great Meme War.”

The Great Meme War is essentially a political debate between critics and supporters of Trump in the language of trolling and memes, with the sides taking digs at each other in an attempt to prove that they are right.

Ilya Kravchenko:
"The Emperor of Twitter" in the White House

If this can be called a confrontation, then Trump’s alt-right supporters are clearly running away with it. Critics of the president, mockingly referred to as libtards (liberals + retards) or snowflakes (a term also used to describe SJWs, or social justice warriors, for their pseudo-uniqueness), are often trolled and attacked online for their unimaginative criticisms of Trump. In the run-up to the U.S. midterm elections, Twitter started to actively block accounts that were retweeting the so-called NPC meme, judging it to be too provocative. In the gaming world, NPC refers to non-player characters – characters controlled by the computer’s AI that are only capable of reproducing a set of repetitive replies. Critics of Trump were trolled for being NPCs. Another collective meme used to provoke the president’s critics on Twitter is the hashtag #OrangeManBad, another reference to the weak arguments put forward by his opponents and critics.

Since practically anyone can express their political views through provocative posts, trolling and memes on social media, this behaviour turned into a general trend, one which politicians were quick to embrace, filling their official accounts with similar content. While in Russia, politicians are extremely cautious about this form of communication, it has long been the norm in the West, and in the United States in particular. What else could we have expected when the president of the country is a living, walking meme? Even before embarking upon a political career, Donald Trump had established himself as a branding expert. His “You’re fired” catchphrase from the TV show The Apprentice and indeed Trump himself (as a symbol of luxury and wealth) have long been brands. Perhaps some of his tweets are too straightforward and unprofessional, but he certainly knows how to get on the right side of the public.

It turns out that using elements of memes is a convenient way of getting your message across and letting the people know that you speak the same language as them. Trump’s supporters create and spread memes, and the president himself retweets them on his Twitter account, winning even greater loyalty from his supporters. This not a guaranteed formula for success, however. For example, Hillary Clinton was condemned for showing indulgence towards the public and being old-fashioned when she tried to speak on the same level as young internet users by using memes and trending hashtags. 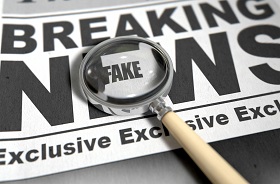 Memes are not only used to win over voters or troll political opponents, however. In the era of social networks, the very structure of human interaction has changed, and so too has interaction within the framework of international communication. Taking Donald Trump as an example once again: the president announced the sanctions against Iran by using a meme from the popular TV show Game of Thrones: “Sanctions are coming”; a similar tweet stating “The Wall is Coming” signalled his intention to continue building the wall on the border with Mexico; yet another meme showed Trump’s political opponents sitting behind bars for accusing him of having ties with Russia.

In other words, there is no longer any need to adhere to strict rules and the appropriate diplomatic style. It would seem that a slightly amusing tweet with a captioned picture is all it takes these days to announce such an important event as the imposition of sanctions on a country, an event that could affect the lives of hundreds of thousands of people. Memes are not the exclusive domain of the President of the United States. Embassies and other world leaders are also taking advantage of these new trends in digital diplomacy. And Russian embassies even find themselves at the forefront of these communication trends from time to time, publishing timely and relevant meme on their official accounts. Even politicians in Iran have got in on the act, with Minister of Foreign Affairs Mohammad Javad Zarif tweeting a meme as part of the popular hashtag #10YearsChallenge mocking the double standards of the White House.

The meme has turned into a political trend that cannot be ignored. First of all, memes can be a useful indicator for politicians – if people do not create and spread memes about politicians and their positions (like they do with Trump, and like they did not do with Clinton), then it could be that the public has not received the message that these politicians wanted to get across.

Second, the trends in digital diplomacy are such that it is both useful and necessary to adapt to these new standards of communication. In the United States, the Democrats initially thought that they would not stoop to Trump’s level by publishing “silly pictures,” and the result was that they became unpopular and misunderstood. Yes, memes are a trend, possibly a fleeting one, but there is no reason to fear them, much less underestimate what they are capable of achieving in political communication.

How has the political life of the USA changed during the first year of Trump's presidency?

Tags
USA, Donald Trump, Memes, Twitter, Social media
Reader's choice
HideShow
About the Wise Monkey Who Came Down from the Mountain
Illusions of a New Bipolarity
Egypt May Become the Next Bergamo
Dr. Robert Zubrin: We Will Be on Mars Before the End of the Next Decade
Business and the State: Together into the Brave “Cyber World”?