What Future for the Middle East?

After years of furious and brutal fighting, Syria and Iraq seem now to be slowly stabilising. A peace process in Syria is gaining momentum, and ISIS’ defeat is getting closer. However, Middle Eastern problems remain massive. Among them we have selected three main issues, which are also interconnected: the hostility between Saudi Arabia and Iran, Sunni and Shia; the stabilisation of oil prices, which are now rising but remain — as always — difficult to predict; the presence of terrorism, which, despite ISIS’ decline, is still a problem well beyond the region.

After years of furious and brutal fighting, Syria and Iraq seem now to be slowly stabilising. A peace process in Syria is gaining momentum, and ISIS’ defeat is getting closer. However, Middle Eastern problems remain massive. Among them we have selected three main issues, which are also interconnected: the hostility between Saudi Arabia and Iran, Sunni and Shia; the stabilisation of oil prices, which are now rising but remain — as always — difficult to predict; the presence of terrorism, which, despite ISIS’ decline, is still a problem well beyond the region.

Starting with the geopolitics, there clearly are two main contenders. Both are quite rich, have vast economic potential, young populations, immense resources, but are somehow entrapped in kinds of ‘theocratic’ regimes which frankly look rather odd to Western eyes. Saudi Arabia’s new leader, Crown Prince Mohammad bin Salman (often referred to as MBS), age 32, seems to embody a modernising spirit, but will he succeed? Or will reforms just amount to cosmetics? Austerity politics and the introduction of taxes (for the first time in Saudi history) might trigger severe controversies, especially if oil prices do not stabilise at a higher level than in the last three years. Lifting the ban on female drivers does not resolve the problems of a highly conservative society. How far will Prince Mohammad be willing and able to go? A lot will also depend on international politics. The USA, especially after Trump’s January visit to the Kingdom, seems too tied up to Saudi economic interests in energy and armaments. Russia has welcomed the first visit ever to Moscow by a sitting Saudi monarch on last 15 October, a landmark event which however does not imply that Moscow and Riyadh will agree on all issues. China is a major Saudi trade partner (the biggest one in 2015), but at the moment keeps a rather low profile in Middle Eastern disputes. 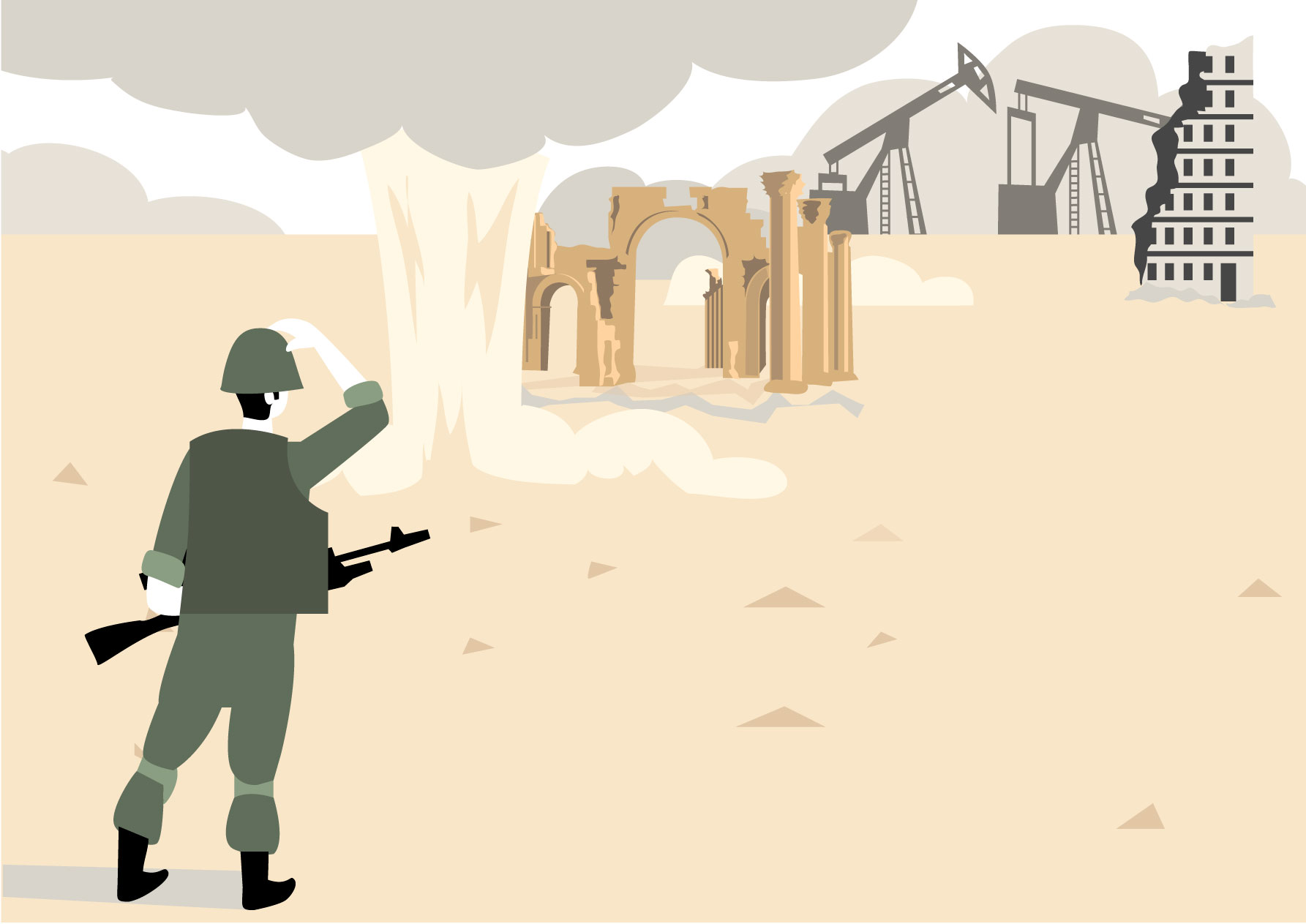 Russia's Foreign Policy: Looking Towards 2018
Russia and the Middle East

Iran, for its part, has some elements of democracy (there are parliamentary and presidential elections) and a quite diversified economy, but remains largely controlled by its conservative clerical establishment. Recurrent and recent protests show there are economic problems, particularly in rural areas, but did some external player (the USA or its regional allies, Saudi Arabia and Israel) trigger or influence them? This is at least what Iran’s leadership (including the Supreme Guide, Ali Khamenei) has claimed, pointing to ‘Iran’s enemies’. Certainly Iran has overstretched its resources, in Syria, Iraq, Yemen, and currently has no potential to achieve regional hegemony. The latter would also be contended by Turkey and Israel (which has recently intervened in Syria), with their constant Kurdish and Palestine problems.

The second main regional issue is then that of oil prices. After years of decline and stagnation, because of OPEC and Russian cuts the price is now going up (around 70 $ per barrel), but will this be enough to support the Gulf monarchies and especially Saudi Arabia, where absolutism has usually depended on oil rents and the consequent lack of taxation? Saudi Arabia and the United Arab Emirates will introduce a 5% VAT tax on goods and services, but what will their peoples receive in exchange? A lot might depend on Saudi ability to diversify its economy and switch to newer energy sources (e.g. solar or wind energy, on which the Kingdom is in fact working, also along the lines of the ‘Saudi 2030 Vision’); in 2018 a small fraction (5%) of Saudi Aramco’s shares will be listed on capital markets, a fact which might be a sign of further openings — but it is still early to say. Possible new sanctions on Iran and Venezuela’s persistent crisis might further prop up oil prices, but Saudi Arabia has to rely on its own forces, not on more or less favourable international conjunctures.

The third big issue, despite ISIS’ demise, remains that of terrorism. It is now time to think about a post-ISIS world, to ‘win the peace’. Fundamentalism is still there, fuelled by Wahhabism and other radical ideologies. Even more important, poverty and resentment are still there, in large parts of the Middle East, North and increasingly sub-Saharan Africa. Syria, Palestine, Iraq, the Maghreb countries, Pakistan, Afghanistan, Nigeria, Niger, and so on, have millions of young, disaffected, and fundamentally poor citizens. Better-off Tunisia has for weeks been home to protests; thousands of citizens feel victims of new austerity policies, mainly engineered by the IMF. Millions in the region deserve better political regimes than toxic combinations of neoliberalism and autocracy.

All in all, a crucial way to stabilise the region and oil prices, win terrorism, and lift people out of economic woes, has to do with some democratisation in the key players, Saudi Arabia and Iran above all. Cosmetics or economic reforms alone won’t work much. Democracy and participation can and should be interpreted differently in different regions; this is true for the Middle East as well; however, some form of inclusion is increasingly necessary; each country will choose the ways it prefers. At the same time, religion cannot and should not be used as an instrument of war. Far more than a Sunni-Shia confrontation, the clash between Saudi Arabia and Iran is about power and economic assets.

The rest of the world has to play a role as well. The USA should probably avoid a one-sidedness by which Saudi Arabia is a key ally and Iran, an enemy. The EU should provide signs of its political existence and have a voice on a region at its doorstep. Russia, China, the Emerging Powers (among them, Indonesia has for instance a vast Muslim population) are all welcome to help stabilise a crucial region for world trade, resources, and security.

Rate this article
Share this article
FOLLOW THE LATEST DEVELOPMENTS
Project
Security System in the Middle East
Related materials
Wars in the Name of Islam: What Comes Next? What Awaits Syria?