General Meeting of members of the Russian International Affairs Council (RIAC) was held on June 26, 2012 in the Cultural Center of the General Administration for Service to the Diplomatic Corps under the Ministry of Foreign Affairs of the Russian Federation.

General Meeting of members of the Russian International Affairs Council (RIAC) was held on June 26, 2012 in the Cultural Center of the General Administration for Service to the Diplomatic Corps under the Ministry of Foreign Affairs of the Russian Federation.

The President of the Russian International Affairs Council I.S. Ivanov spoke with a report on the RIAC work results in 2011-2012. He noted that formation of the RIAC organizational structure was virtually completed. Along with individual members, who are prominent politicians, diplomats, academics and business people, a number of large companies and federal universities joined the Council as corporate members. RIAC has partnered up with a number of other community organizations involved in solving international issues. International relations are improving.

Board of Trustees of RIAC, headed by its Chairman, Academician E.M. Primakov and the Scientific Council, headed by Academician A.A. Dynkin, are actively working. The Russian International Affairs Council activity was built in the following areas: research work and expertise; teaching and educational work, communication and public activities, and international links.

International Conference “Euro-Atlantic security community: Myth or Reality”, held on March 23, 2012 in Moscow, organized by the RIAC, became a notable event. Russian President Dmitry Medvedev spoke at this conference. It was attended by prominent politicians, diplomats, scientists, and also world renowned foreign experts. The results of the conference received a wide response in Russia and abroad.

In total, the Council held 16 scientific and practical activities (seminars, round tables, and conferences). Six-volume anthology “Russia in Global World: 2000-2011”, “International studies in Russia” reference book, and reports on the results of the activities held were published. Topic club meetings have become regular events. Summer and winter schools for young international affairs experts, as well as competitions with their participation are held.

RIAC internet portal, which enjoys growing interest, was launched. The portal offers more than 150 published analyzes. The number of its users is constantly increasing.

“Without exaggeration, one can say that”, I.S. Ivanov said, “a unique of its kind public organization was established. Its uniqueness lies primarily in the vast intellectual potential of its members. Now, we are entering a new phase where it is necessary to build the RIAC activities in a way that the Russian International Affairs Council was able to fully realize its potential, and the results of these activities should be in demand in the country”.

Members of the General meeting unanimously approved the report on the RIAC activities.

The Russian International Affairs Council Director General A.V Kortunov devoted his presentation to the prospects for the RIAC development in the coming year. The plans of the Council include: Implementation of research projects aimed at analyzing long-term trends in the world politics and regional aspects of Russian foreign policy. In 2012/2013, two anthologies: “Migration in Russia: the first decade of the XXI century. (2000-2012)” and “International Cooperation in the Arctic”, a collection “Modern science of international relations”, the publication “Russia’s Foreign Policy 2012-2020: current status, forecasts and scenarios, the documents”, “Migration field of Russia: A Handbook of existing organizations” will be published. The translation of the SIPRI Yearbook is planned. It is also planned to continue holding summer and winter schools, and competitions where young scientists and international affairs experts can present their works. RIAC proceeds with the organization of guest lectures of RIAC members and foreign partners of the Russian International Affairs Council at Russian universities. A training program on writing and promotion of articles by Russian scientists, who work in the field of political science and international relations, to be published in foreign journals will be launched. In October 2012, the Second Asia Pacific Forum in Vladivostok will be held.

A.V. Kortunov appealed to the Council members with instructions to proactively participate in activities organized by the RIAC, to make proposals and to further improve its activities.

During the discussion, the meeting participants expressed their proposals to the Council. These proposals will be analyzed and incorporated into practice.

A reception to the RIAC of new members also took place. 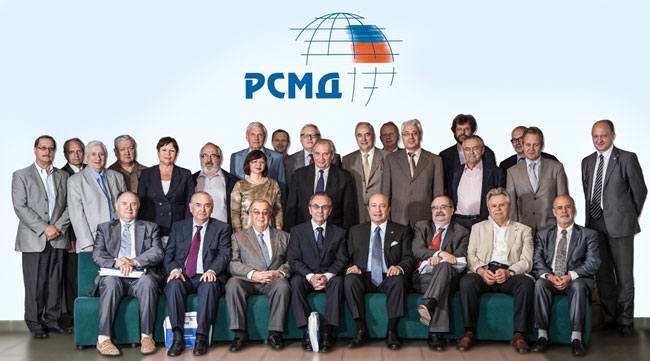 + 106
Rate this article
Share this article
FOLLOW THE LATEST DEVELOPMENTS
Tags
RIAC news, General meeting
Reader's choice
HideShow
Mutual Warning: What Ended the Short Cyberspace Detente Between Russia and the United States
The Nuclear Triad: Alternatives from the Days Gone By and Possible Futures
The World After the Hegemony
RIAC and IMEMO Experts Discussed Achievements and Prospects of Eurasian Economic Integration
What’s Your Power, Strong AI?