As part of its new interview series “International Law in Action,” RIAC talks to Deputy Registrar — Head of the Research and Analysis Department, Court of the Eurasian Economic Union and Head of the Eurasian Sector of the Centre for Comprehensive European and International Studies (CCEIS) at the National Research University Higher School of Economics Kirill Entin. He brings us up to speed on general issues affecting the integration of the Eurasian Economic Union (EAEU) and, more specifically, on the dispute resolution mechanism within the organization. Interview conducted by Yana Ovsyannikova.

As part of its new interview series “International Law in Action,” RIAC talks to Deputy Registrar — Head of the Research and Analysis Department, Court of the Eurasian Economic Union and Head of the Eurasian Sector of the Centre for Comprehensive European and International Studies (CCEIS) at the National Research University Higher School of Economics Kirill Entin, who brings us up to speed on general issues affecting the integration of the Eurasian Economic Union (EAEU) and, more specifically, on the dispute resolution mechanism within the organization. Interview conducted by Yana Ovsyannikova.

The EAEU is celebrating its fifth anniversary this year. What would you say its main achievements have been and in what areas has progress been more modest? 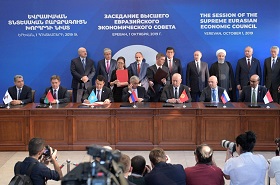 The Eurasian Economic Union is a rather young organization, so it does not yet make sense to discuss its balanced development. I would say the main achievements of the EAEU most definitely include the formation of its institutional structure. On a practical level, we have created a smooth functioning Customs Union that allows for the free movement of goods between member states. The EAEU has also made its mark on the international stage, signing a number of agreements with foreign partners — most notably on the creation of free trade zones with several countries, including Vietnam, for example. We have also concluded several non-preferential agreements, such as the one with China, as well as some intermediate agreements (with Iran, for example).

And, of course, EAEU citizens take advantage of the rights granted to them, in particular the right to freedom of movement and rights associated with the status of employees. One of the main benefits in this regard is being able to find employment in any EAEU country without the need for a work permit.

In addition, the Eurasian Economic Commission is working tirelessly to remove barrier restrictions. This is certainly a good thing, especially since the number of barriers continues to grow, although this can be put down to the Commission taking a more diligent approach to identifying and uncovering them.

The opportunities for growth are practically limitless. If we look at the history of European integration, there were a number of areas where legislation had to be harmonized and unified, even at the level of the European community. Many of these areas are only just starting to develop in the EAEU. Take competition law, for example. The Eurasian Economic Commission is working hard to identify price-fixing and abuse of dominating positions in the EAEU's cross-border markets.

The EAEU should focus its work on promoting the free movement of services and expanding the rights and opportunities of a broad range of citizens. For example, before the concept of European citizenship was introduced in the EU, permanent resident status was being granted to many categories of citizens, not just workers and their families. The Eurasian Economic Union could do the same thing because most citizens do not really understand what Eurasian integration actually is. Educational opportunities could also be expanded, for example, through the creation of a specialized institution to train personnel for Eurasian integration (similar to the College of Europe in Bruges) and the introduction of the relevant degree programmes in universities.

What role do political interests play in EAEU integration processes?

Political interests cannot be overestimated. It is no secret that Russia plays an enormous role in integration processes. In many ways, the mechanisms that were built within the institutional system were designed to compensate for the political dominance of any one country by establishing a consensus system for decision-making. In the EU model, most economic decisions are made by a qualified majority. Unanimity is needed in the EAEU in order to ensure that everyone’s voice is heard. 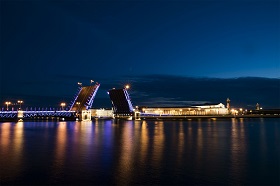 Another matter is how the EAEU will combine deepening integration with an increasing number of member states. This, of course, is when the question of transitioning to a different model of decision-making arises.

What difficulties does the EAEU dispute resolution mechanism face? What best practices could the Court of the Eurasian Economic Union take from the Court of Justice of the European Union?

The main advantage of the European settlement system is that it is a part of a cohesive EU justice system that includes the Court of Justice as the governing supranational body and the national justice systems of all member states. The national judicial authorities actively refer to EU law in the course of their work. The main mechanism of interaction within the EU judicial system is the so-called “reference for a preliminary ruling,” which allows the judicial authorities of any member state to suspend proceedings and appeal to the Court of Justice if there is any doubt as to the binding power of a given EU regulation, or the interpretation of EU laws or its founding documents. Throughout the history of the development of European Union law, the most important rulings that have determined the very logic of European integration and resulted in the formation of such principles of EU law as supremacy and direct effect and mutual recognition were adopted as part of such preliminary proceedings. The European judicial system thus provides not only for the resolution of specific disputes through the application of EU law, but also the uniform application and interpretation of this law in all 27 countries.

A similar mechanism existed in the Eurasian Economic Community, albeit in a somewhat truncated form, where the right to appeal was reserved for the highest judicial authorities. But it turned out that there was little call for such an instrument. What is more, the courts in the member states were simply not ready for such a form of interaction. However, the positions expressed by the judges of the Court of the Eurasian Economic Union and the highest judicial bodies of the member states at conferences and in legal journals suggest that there is an urgent need for such a mechanism today. Many courts, primarily those in Russia, actively apply the laws of the Eurasian Economic Union, frequently referring to the legal positions formulated by the Court of the Eurasian Economic Union. But there is no formal interaction mechanism, no opportunity to clarify a law as it pertains to a specific case. The absence of such a mechanism is partly compensated by the fact that the Court of the Eurasian Economic Union provides advisory opinions, although not nearly as frequently as one would like. What is more, the national courts are not currently included in the list of state bodies that are authorized to appeal to the Court. Given that these advisory opinions are exactly that — advisory — they are not particularly well suited to the task. For any judicial body, the main goal is not only to resolve specific disputes between, say, business entities and the Commission, but to ensure the correct application of EAEU law throughout the Union. Another failure in the system is the lack of a mechanism allowing the Commission to file claims with the Court regarding the failure of states to fulfil their obligations. Such a mechanism did exist in the Eurasian Economic Community, but, again, it was not utilized. However, the Commission is now equipped to carry out such work. It actively identifies barriers and solicits opinions from the Court, using them as a “soft mechanism: to remind states of the need to respect EAEU laws. This mechanism has brought tangible results, with countries carrying out legislative reforms following declarations by the Commission made on the basis of the advisory opinions of the Court. But even this is not enough. The Commission should have recourse to a more effective instrument, one that allows it to file claims for default of obligations, for example. Another problem is that individuals do not have access to the Court, despite the fact that, in many areas, EAEU law directly affects the rights and obligations not only of businesses, but also of natural persons.

The EAEU legal system does not contain a unified definition of “investment disputes,” and bilateral investment agreements have precedence over EAEU agreements. What developments are taking place in investment legislation? And how can this contradiction be resolved? 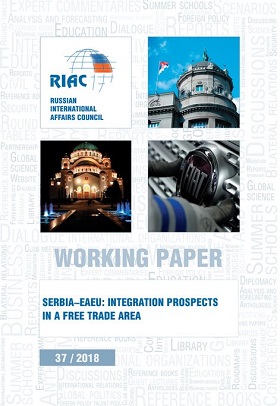 The Eurasian justice system does not really extend to investment disputes. This aspect is covered by the Protocol on Trade in Services, Incorporation, Activities and Investments, which allows investors to choose from a range of other dispute resolution mechanisms, including the International Centre for Settlement of Investment Disputes. Given the specifics of investment disputes, the fact that they will be subject to review by a professional judicial body that has significant experience in resolving such disputes is the best way to improve the investment climate in the EAEU. As such, there is no need right now to raise the question of transferring such competencies to the Court of the Eurasian Economic Union.

The same processes are taking place within the European Union. The European Court of Justice does not deal with investment disputes. In European practice, trade agreements between the EU and third countries (for example, Canada) allow for arbitral tribunals in the event of disputes, which does not contradict EU law.

How will Belarus’ accession to the WTO affect trade within the EAEU?

Belarus' accession to the WTO will not greatly affect trade processes within the EAEU, since customs unions are, by definition, preferential regimes that are not subject to WTO rules. In this sense, the WTO can be considered the zero stage of integration in that, unlike with a customs union, it does not involve creating common institutions and harmonizing legislation in various fields. That being said, we can only welcome Belarus’ accession to the WTO, because the Eurasian Economic Union is a member of the WTO, and the EU is not. It will certainly help the EAEU’s foreign trade if its members join the WTO.

How would you describe EU–EAEU relations at the current stage?

The European Union has a rather simplistic view of Eurasian integration, seeing it as a purely Russian project — the embodiment of the Soviet Union 2.0, if you will. Consequently, what we are seeing is the European Union attempting to build relations with EAEU member states on an exclusively bilateral basis, interacting with the Eurasian Economic Commission on technical issues only. The EU is committing a fatal error in this regard because the Eurasian Economic Union has taken on an identity of its own, and the amount of sovereign powers transferred by its member to the supranational level demonstrates that it has become an independent player. As a result, an increasing number of areas will remain outside the bilateral relations, as they will have been transferred to the EAEU level. As far as I see it, the problems of interaction between the EU and individual EAEU member states should not become an obstacle to building such a dialogue.

Why Russia’s tilt towards Asia will continue

Free Trade Zones with the EAEU

Reader's choice
HideShow
A State or a Person? Who Are the ‘Smart Sanctions’ Against?
Europe’s Danse Macabre With the Pandemic and the Vaccine Wars Geoeconomics
The EU as a Significant Initiator of Sanctions
Abkhazia, Georgia and Russia: Future Prospects
Washington Ill-Prepared to Set Human Rights Agenda