How to Stop Corruption: It Should Be Easier to Register than to Bribe

RIAC expert, Director at the Center for Migration Studies

Migration lies in the heart of many social processes inside Russia. As RIAC pays close attention to the matter, Irina Sorokina talks with Dmitry Poletaev, Director at Migration Research Center, Institute of Economic Forecasting of the Russian Academy of Sciences, about the issues migrants struggle with in Russia as well as the legislation and its effect on the situation.

Migration lies in the heart of many social processes inside Russia. As RIAC pays close attention to the matter, Irina Sorokina talks with Dmitry Poletaev, Director at Migration Research Center, Institute of Economic Forecasting of the Russian Academy of Sciences, about the issues migrants struggle with in Russia as well as the legislation and its effect on the situation.

How successfully is the labour migration policy implemented in Russia? Are there any gaps between official migration policy and the real practice of regulating migration? If so, what are the weaknesses of the current system?

Things are moving in the right direction, but rather slowly. The authorities were able to streamline the work with CIS labour migrants through the introduction of patent system. The situation with selling quotas used to be plainly speculative. In this sense, the patent system is a positive change.

The common EAEU labour market is also favorable. However, there are certain difficulties. For example, Kyrgyzstan citizens do not have to receive patents as their country is a member of the EAEU. To make their stay legal, some Kyrgyz migrants buy fictitious contracts from shady brokers and do not sign real contracts with employers. As a result, it does not allow them to get free medical care, for example. Migrants from EAEU member countries can get medical treatment free of charge if they legally work in the territory of another EAEU country, at least it works in Russia. But they do not know about it. Even those who work legally are poorly informed about these services. And those who buy fictitious contracts in order to later prolong their registration cannot use this option at all.

In addition, there is in fact no system for integration and adaptation, because no budget money is allocated for this. One gets an impression that the state is interested only in the money coming from patents without caring about other things like: what happens with migration, whether migrants settle down or not, how seriously shadow intermediaries fall into this sphere, etc.... In such situation it is difficult to talk about the humanitarian component of migration. Both integration and adaptation are needed — this is part of the migration policy regarding labour migration. However, it is often fragmentary. The policy is often one-sided. It is impossible to estimate everything only from patent money point of view. This is a socio-economic phenomenon, but the word “social” generally falls outside the scope of migration policy. Many issues are not being solved, they accumulate, but sooner or later they will have to be resolved. And it will be more difficult later. Western Europe has already done that and the lessons seem to have been learned; though migration policy has not yet become a priority for Russia.

Has the patent system simplified the migration process or further complicated it? 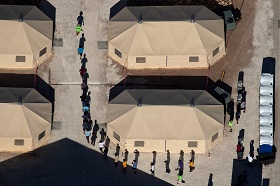 Of course, it has simplified it, because the system of work permits, which is still valid for non-CIS countries, is not as convenient as the patent system for neighboring states. Patents have regional features. In Moscow, the patent system immediately came under the jurisdiction of the Department of Economic Policy and Development of Moscow.

Despite the fact that there is federal legislation that is uniform for all regions, there are some regional differences. Some regions have high corruption component: intermediaries seriously impede legalization in the Far East. It is easier in Kaluga or Belgorod regions, because their authorities understand the need for the migrant workers, since there are many factories in the region. Regions can determine the monthly fee. While in Moscow it was 4,200 rubles, Vologda authorities wanted to make it 5,000 rubles same year.

Now, some migrants do not buy a patent upon arrival in the Russian Federation, and find themselves in the shadow sector. Later they get blacklisted, but they don’t leave, avoid being deported by trying not to get caught at all (employers might provide them with this opportunity). When they leave the country, they cannot enter back until the expiration of the entry ban, which lasts for 3-10 years. These are the problems, which need to be addressed, but no relevant efforts seem to be made.

How profound is Russian legislation with regard to working conditions and residence of migrants?

Migrants face a lot of problems related to fraud or unreliable agencies when renting an apartment. Factory buildings are being reequipped, dormitories are being built, and living conditions have changed. Despite the fact that bringing real estate market to some order is a gold mine, since the demand is very high, nothing really happens. Moreover, a number of restrictions were introduced in summer 2018: the migrant has to live where registered; registration of a company at a legal address is prohibited, except for construction companies that build roads while migrants live in trailers. This is a step back, because these are technical issues that become serious life problems.

There are also huge issues about the protection of workers' rights related to the fact that even Russian workers can hardly protect their rights. And we come to understanding that our judicial system is very complicated. Foreign workers are the most vulnerable group. According to our experts’ research, migrants never go to court trying to solve their issues through diaspora. The search of a place to live and a job as well as resolving conflicts in the workspace is usually done with the help of friends and relatives. 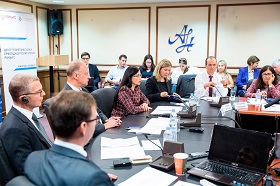 The solution of these issues, of course, should be in the sphere of public interest. The migrants’ problems with residence, work and protection of rights are often neglected. However, studies show that other approach is needed. Nothing is done, simply because "it somehow works by itself." Nevertheless, problems keep accumulating and it can lead to a social outburst.

What protection instruments does the current legislation offer? What is the potential punishment for employers in case of violations?

If the employer has one undocumented employee, the fine is up to 1 million rubles, but the statistics about the number of such fines that were paid is very hard to attain. Large employers have their own informants who warn them about an upcoming inspection. More often than not, the undocumented worker has to pay the fine rather than his employer, who is using the workforce.

The level of work of labour unions in the Russian Federation is not very high. If the employer wants to worsen the conditions, the labour union is not a particular hindrance. Foreigners are generally forbidden to create labour unions. We have a labour union of migrant workers, which is registered as an NGO, because they cannot open as a real labour union. The situation suggests that foreigners are offered to join Russian labour unions, and they, in turn, start thinking that all foreign workers are an alternative replacement to Russian workers and do not welcome them. Official labour unions are against foreign labour force. Consequently, migrants do not get any protection here either.

Legal illiteracy is very common: many migrants do not know that they need to insist on signing an employment contract, and that the employer must comply with the norms. They do not demand anything, which does not work in their favour. The employers themselves do not want to register migrants officially in order to pay lower taxes. This proves that the protection of the rights of migrant workers is very low. There are many examples when cases of migrants get dismissed in court because migrants are foreigners. Migrants count on themselves, and in case of a conflict, they simply change their employer.

The Labour union of working migrants unites about 36 thousand people. They try to come to terms with the employer in the pretrial order. It helps in half of the cases. In the end they will at least get at least part of the salary. But there are very few examples like this in Russia.

Does corruption affect the implementation of current migration legislation? If so, to what extent? 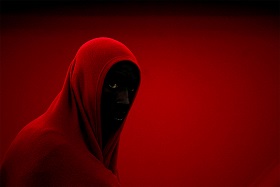 A Pragmatic View on Migration. Interview with leading experts on foreign migration

According to our research (Center of Migration, RAS), bribing and extortion by the police are gradually decreasing. But in the sphere of migration there are still many areas for corruption, such as, for example, obtaining a temporary permit to stay or citizenship. A new Migration policy has recently been adopted that may reinforce the fight against corruption. For example, center in the village of Sakharovo reduced the level of corruption in granting of patents, because there are no shadow mediators who would issue fictitious certificates. It is all in the past. Multifunctional centers (MFC) provide registration for a month allowing a migrant a whole month of legal residence in the country to find a place to live. But there is a problem with landlords who do not want to register migrants in their property. I believe that people who do not want to register migrants are breaking the law. These cases should be checked and controlled as they entail certain risks of corruption.

This problem exists not only in our country, but in many states that receive working migrants. Therefore, I do not want to say: “Russia is the worst of all”. But this cannot hide the fact that we should work on this issue. If a migrant gives a bribe to some unscrupulous police officer and works further without a patent, Moscow government bears economic losses. When we look at migration from the economy standpoint, we see that corruption is not beneficial for the state. When all regions start treating migration from an economic point of view, corruption will decrease. So far, unfortunately, this is a significant part of migration policy. It is a barrier for migrants to move to the Russian Federation, and a barrier to acquisition of citizenship. The Concept of 2018 is aimed precisely at simplifying the acquisition of citizenship and removing potentially corrupted bureaucratic obstacles. Apparently, the higher levels of power feel the inhibiting factor of corruption. This is encouraging. It is necessary to simplify the process of legalization. The situation, when it is easier to register than to bribe, will destroy the corruption.

A Pragmatic View on Migration

Tags
Migration, Migrant integration, Russia, Labor Migration, Corruption
Reader's choice
HideShow
Russia's “Wait and See” Policies and the Libyan Settlement
A Bumper Year for OFAC
Sanctioning the Pipelines: Implications for Russia, the EU and the U.S.
2020 Forecast: Revealing the Future of the Middle East
Meeting with the Delegation of the CASS Institute of Political Science