Digital Economy is the Economy of Innovations, not Inventions

Which country sets the rules and standards for the digital economy today? Should Russia gear its technological development towards China? Why is it important for Russia to radically revise its official approach in this area? These were just some of the interesting topics we touched upon in our interview with Head of Digital and Innovations Research at Moscow School of Management SKOLKOVO Vladimir Korovkin.

Which country sets the rules and standards for the digital economy today? Should Russia gear its technological development towards China? Why is it important for Russia to radically revise its official approach in this area? These were just some of the interesting topics we touched upon in our interview with Head of Digital and Innovations Research at Moscow School of Management SKOLKOVO Vladimir Korovkin.

What should countries base their competitive edge on to become a leader in the technological race? 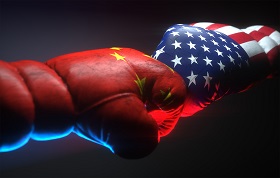 Vassily Kashin:
What Opportunities are Opening up for Russia against the Backdrop of the Tech War between the U.S. and China?

The digital economy is an economy of innovations, not inventions. This is a very important distinction. An invention is anything that is radically new from a technological point of view. An innovation is something that has been accepted by the market. An innovation can have very little value as an invention, but still rock the world. Two obvious examples here are the electric lightbulb (invented independently by Alexander Lodygin and Thomas Edison, among others) and the radio (developed independently by Guglielmo Marconi and Alexander Popov). Countries today compete for markets and the right to set standards and rules, not technical novelties. Whoever gets more consumers, wins.

Why are technologies such as 5G, artificial intelligence (AI) and quantum computing both promising and at the same time so politically sensitive?

It is precisely politics that makes these things politically sensitive. Sometimes, this happens by force. These technologies do not have any political affiliation. 5G technology is currently in the process of identifying a leading standard. The country that formulates this standard has the best chance of gaining a global competitive edge, although this is not a given (look at the GSM standard, for instance, which was developed in Scandinavia and gave a certain edge to Nokia and Ericsson, but they appear to have overestimated its power).

AI is nowhere near the stage of standardization, and there is no guarantee that it ever will be. This technology opens up a huge field for independent experiments. What is important here is the culture of creating and using AI, the critical mass of both manufacturers and customers. Accelerated development via governmental contracts (as with facial recognition systems in China and Russia) may not bring results beyond a specific narrow area. Thus far, algorithms do not transfer well from one task to another.

Quantum computing should provide a breakthrough in computing capacities (this is extremely important for Russia, which, alas, is rapidly losing ground on the supercomputer market). What use will be made of these capacities is another matter entirely.

How can technology companies help solve the problem of information security and protecting critical infrastructure?

Technology companies are the ones that provide this protection. Critical infrastructure consists of individual components. It is crucial that they are developed with all the requisite protective attributes.

In the 1980s, the United States and Japan competed in high technologies. Today, China has taken Japan’s place. So, who is winning now?

I’d like to clarify one point about the 1980s. The Japanese tech industry was indeed powerful, but the country never grew into a global technological leader outside rather marginal, mostly home-use areas (video recorders, computer games, etc.). Thus far, the digital economy of the 21st century lives by the rules and standards set mostly by the United States. The competition with Japan seems to have helped the American side find effective and innovative technological solutions, rather than hampering them. 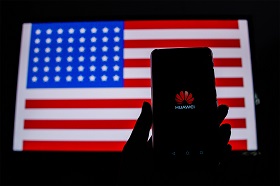 Ivan Timofeev:
The Case Against Huawei: Stigmatize It

It is interesting that, for the first time in economic history, the consumer power of the East and the West (China and the United States / European Union) is more or less equal, meaning that we can’t predict who will emerge victorious.

China has learned to harness the power of its one billion consumers (with their increasing disposable income) on the domestic market, as well as the growing power of all the developing markets in the world. However, China is still relatively inexperienced when it comes to working within a consumer economy and does not have the competences to create products capable of achieving a market breakthrough, such as the iPhone. This is what sets China apart from Japan in the 20th century, which was capable of developing powerful innovations such as portable transistors, the Walkman, Nintendo Game & Watch, etc. Thus far, China has not created independent global platforms, although this does not mean that it will not be able to in future. However, the fact that the Chinese internet is closed technologically is starting to become a major barrier: the skills and competencies of Chinese internet users are very different from those of users in other countries, which makes them hard to transfer to other markets. WeChat and its ecosystems are a stark example.

To some degree, the split has already happened. China’s domestic digital life is highly idiosyncratic. However, I don’t think that it is important for third countries: using domestic Chinese technologies will be (а) difficult and (b) unprofitable. Russia gearing its technological development towards China simply because it wants an alternative looks like a technological dead end.

Where do the interests of the United States, Russia and China overlap the most? And where do the countries diverge in their desire to advance and protect their technology industries from foreign competition?

In an ideal world, the more computing power that is allocated to solving significant universal problems, the better. Of course, every country is interested in developing digital medicine, education, Industry 4.0 technologies, etc. And then there are the realities of the market and geopolitical competition. The issue is whether protecting a specific company or an entire sub-industry is a strategically efficient solution. As a rule, protecting means creating artificial additional profit, that is, either consumers or taxpayers shoulder the costs. Protection of this sort often results in companies spending the lion’s share of their excess profits on lobbying instead of technological development. And it is consumers that invariably lose out. Industrial consumers, for example, find themselves in a vicious circle where they lose their competitive edge – the weaker your suppliers, the weaker your supply. Then they start to seek protection from global competitors, which weakens their clients, etc. I liked the response that the Head of the Indian Space Research Organisation once gave when he was asked why the company purchases so little from domestic suppliers. His answer was that the ISRO had a mandate to develop Indian space technologies through the efficient use of taxpayers’ money. ISRO was always happy to buy Indian products if their price and quality met the requirements of their mandate. However, developing Indian industry through price preferences contradicted the ISRO’s mandate.

In which technological areas should Russia adopt a radically new state approach? 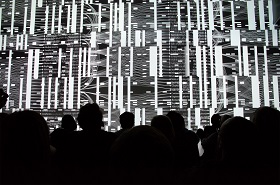 In pretty much all of them. As I have said before, it’s not a question of technologies, rather, it’s a question of markets. Russia’s state programmes on the digital economy are in many aspects a product of nostalgia for Soviet nuclear and space programmes. But these are false analogies. We’re not competing with similar state programmes in other countries, but rather with an incredibly wide field of private initiatives and experiments. There is little room in this competition for direct action in the spirit of “let’s invest in…” The only way to win is to foster a receptive environment. It is useful for the state to become an effective customer of digital technologies. More importantly, the state needs to avoid taking actions that would hamper the development of national “digital champions” (strong private companies). Any hints concerning the nationalization of the industry are particularly harmful. Obsessing over security issues also does not help.

What are the areas where Russia has the best and the worst competitive edge on the global hi-tech market?

Russia has only three supercomputers on the world TOP-500 list, fewer than Italy and Singapore. Russia is 35th at best in the global digital ratings. There are several relatively narrow areas where we are really competitive, which is connected to the traditionally strong mathematical school. However, we need to realize that, globally, we are very average. And we need to build our development strategies on this realization. This is the only way to make them realistic.

What opportunities open up for Russia as a result of the technological competition between the United States and China?

Since we are largely buyers on the global technology market, a struggle between strong suppliers is objectively beneficial to us. Falling prices, price preferences, the ability to insist on forming alliances and transferring technologies. Unfortunately, right now, we do not look like a truly qualified buyer who skillfully uses all the opportunities offered by the global market.

Is it Time for Neuro-Symbolic Integration?

What Opportunities are Opening up for Russia against the Backdrop of the Tech War between the U.S. and China?