A 53-year-old Major General Rumen Radev won the second round of presidential elections in Bulgaria, which, of course, is not a global sensation like the results of the US elections. Though for the Southeast Europe Bulgarian elections results are of non-routine importance.

Rumen Radev was an independent candidate supported by the Bulgarian Socialist Party (BSP), that holds a special place in Bulgaria being a successor of the Communist party. BSP is the only modern Bulgarian movement that performed well at all 17 elections (9 presidential and 8 parliamentary elections). The current victory has become the eighth for the veterans of Bulgarian politics, and the fourth in the parliamentary elections. 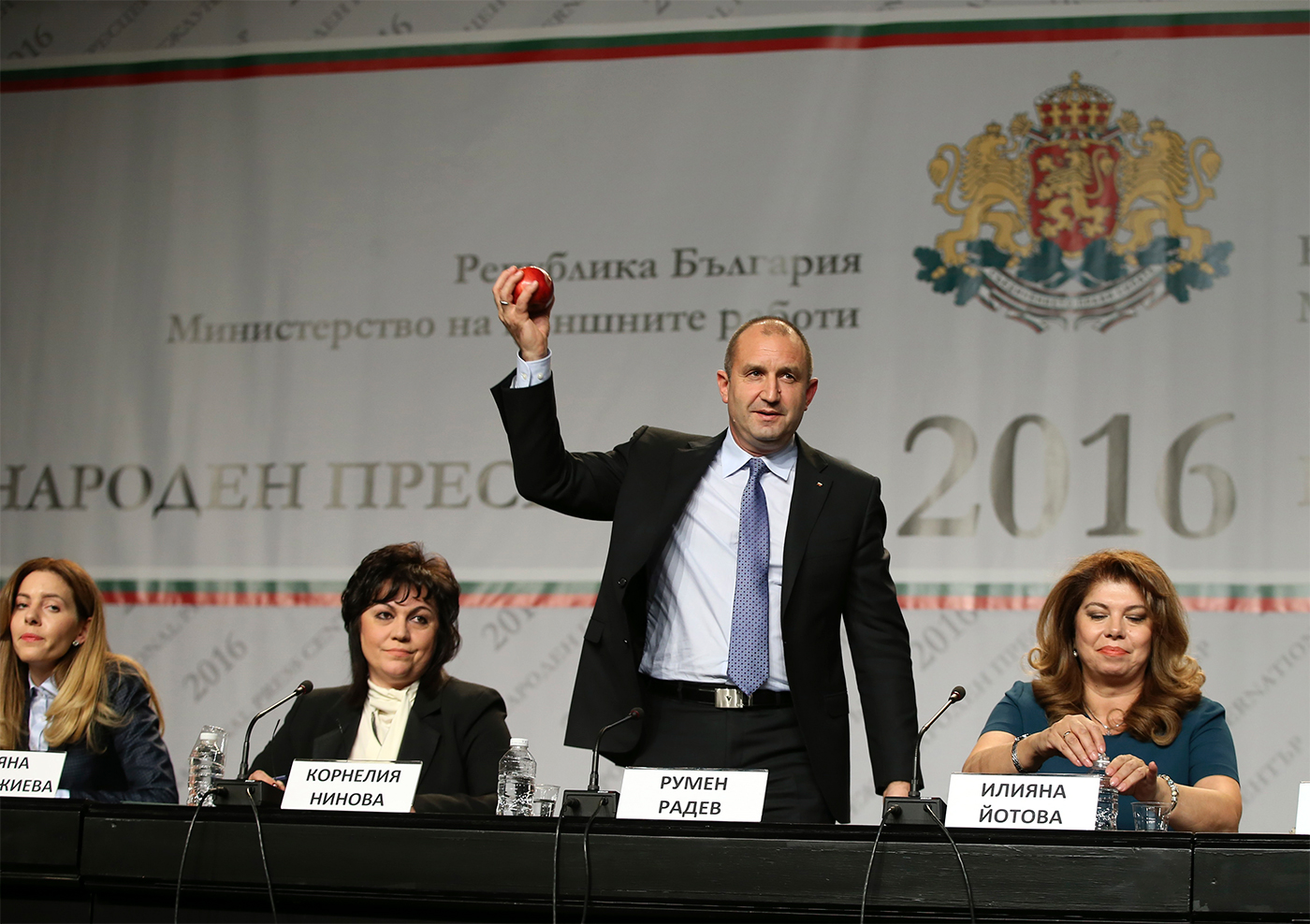 BSP’s main feature was that it came to office several times while the policy of the right was disappointing, a lot of attention being given to decommunization rather than Bulgarian three key issues resolution (corruption, health care, and energy). Consequently, the victory and the rise in   a number of votes resulted from the faulty actions of the opponents: it was several times that the socialists were almost voted down, but managed to get back to the previous level. In 2011 BSP candidate received 28.9% of votes in the presidential elections, R. Radev getting 59%.

The possibility of the socialists’ victory was left open though being hard to believe. One of the reasons—GERB party being dominant in the recent years (2009-2013, 2014-till now), hovering only in the 2013 crisis. According to D. , B. Borisov left BSP behind at 11 elections (local, presidential, parliamentary, and to the European Parliament). The defeat came at an awkward time of the 2013 crisis ramifications management, which doesn’t allow GERB to create a political monopoly and will most likely lead to the shift of the parliamentary elections for the spring of 2017, with all the expected variants.

As the country development shows the changes happened at the time of the urging establishment purge: firstly, the red, the Bulgarian socialistic party in the 1990’s, and then the blue (the Union of Democratic Forces that led the country decommunization), who conceded to one-man party of Simeon II Sachsen-Coburg and Gotha in 2001. Today GERB, whose government was the first to stay in power for two terms with a short break in 2013-2014, might find itself in the shoes of that establishment. The total number of governments Bulgaria had in 24 years is 16.

Even if it manages to stay in power, BSP presidency implies getting back to Bulgaria’s quite typical scenario of power separation. In 2001 during the «surprising election campaign» this situation proved to be the most grotesque, the last Tsar of Bulgaria Simeon II becoming the Prime Minister of the country, and a former communist Georgi Parvanov—the President. Today’s antagonism is based on the department affiliation: Boyko Borisov started his career in the Ministry of Internal Affairs and used to be the Minister of Internal Affairs, while the new President Rumen Radev ruled the Bulgarian Air Forces in 2014-2016. As a result, the situation in Bulgaria might turn to be a political pendulum like the one before 2009.

Another question is if one can call R. Radev a «Russia-friendly» candidate, as some mass media write about him. This fact is quite doubtful. Firstly, the issue of choosing the geopolitical alternatives is not as pending as in Serbia and Montenegro. Secondly, NATO summit decisions and plans to create a command centre in Bulgaria (along with Romania, Poland, Latvia, and Estonia) are aimed at keeping the country on the European-Atlantic orbit. It should be noted that the 53-year-old Major General Radev attended a number of study courses in American military schools. Thirdly, history shows that Bulgaria has proved to be a loyal ally. It should be reminded that the Bulgarians were one of the last to reject socialism, but one of the first to proclaim Euro-Atlantic orientation (their first contacts with NATO date back to 1990).

On the other hand, compared to the previous President R. Plevneliev, whose comments were quite cold, some changes in the rhetoric towards Russia are being expected. With the upcoming elections one can expect some loud statements to be made in terms of energy transit issue and sanctions, as the government’s position is a little different from the survey results: almost half of the Bulgarian population feel very positive about Russia, supporting the "South Stream" and lifting of sanctions, being promoted by BSP and some other parties in the National Assembly of Bulgaria.

Bulgaria’s experience can be interesting for understanding the Serbian internal political perspectives. GERB party was on the rise in 2009-2011 as a populist non-party movement riding on the wave of discontent by the right- and left-wing forces. During the office they performed an anti-corruption campaign, provided subsidies for agriculture, modernised transport system, spoke a lot about information technologies and alternative Russia-free energy development. However, it all resulted in electrical energy price increase and protests in 2013. Similar vectors (and similar issues) are noticeable in A. Vučić Serbian Progressive Party program, who came up a little later. If D. Trump’s victory sets the trend for the Western world, Bulgarian processes could possibly show the track for its neighbour countries.