Lately a number of curious events have been unfolding in Kosovo. On September 13, it was reported that the fate of the land’s rich coalfields had been decided. An investigation into the matter conducted by the Balkan Investigative Reporting Network (BIRN) revealed that the right to the fields were to be given over to Canada’s Envidity Energy chaired by retired General Wesley Clark. Although the deal is not yet final and surprises may happen – for one, the opposition party Alliance for the Future of Kosovo is keen to derail it – it might be the right time to look into the economic aspects of the foreign presence in the region.

Researchers understood the economic importance of the land back when the international recognition of Kosovo independence was still a recent issue. According to Elena Ponomaryova, the overall value of the region’s mineral resources (as estimated by the World Bank) exceeds $19 billion. Estimated lignite reserves are between 8.3 and 14 million tonnes, with 42.2 million tonnes of zinc ore reserves, 13.3 million tonnes of nickel and cobalt, 1.7 million tonnes of bauxite and 5.4 million tonnes of magnesite [1]. Thus, the economic and resource aspects of the foreign presence in the region are certainly a contributing factor, as are alongside military, political and transit considerations. 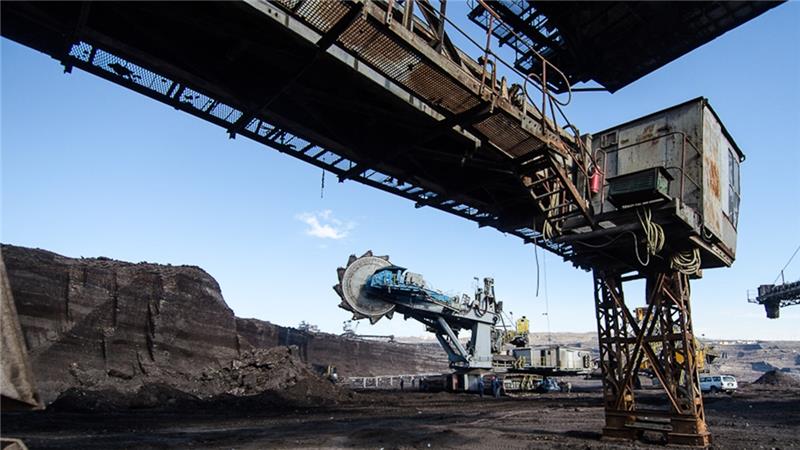 Envidity has considerable reserves of brown coal and lignite, which begs the question: “Who would need that much coal in an age where everyone is striving to reduce emissions (highlighted by the recently signed Paris Agreement) and increase energy efficiency. First of all, Kosovo is a territory with a population of over 1.8 million people in a region where conventional energy resources are expected to remain on top for a long time to come. Secondly, let us try to illustrate the answer through the company’s business profile.

According to the Envidity website, the company has two major areas of activity: geological exploration and building CLT (coal-to-liquid) plants. This technology, alongside GTL (gas-to-liquid) technology, involves a process to convert conventional coal and gas production waste to liquid fuels. Development of the technology dates back to the 1920–1930s. Its main purpose was to increase production quality and find an alternative to conventional energy resources – a particularly pressing task for the United States and Germany, whose mechanized units faced frequent fuel shortages during World War 2.

Although today the general view of similar current projects remains either overly optimistic or highly sceptical (as evidenced by the shale gas narrative), developments in this area cannot be dismissed entirely. Some research is being conducted, and the results, if there are any, will benefit those who had a good head start.  It also goes without saying that an alluring slogan might just as well be a smokescreen for other activities. Let us say a few words about the Envidity leadership. The company’s chairman is widely considered to be the retired General Wesley Clark. During the breakup of Yugoslavia, Wesley Clark was known as an advisor to Assistant Secretary State Richard Holbrooke, who handled the Bosnia and Herzegovina crisis. Clark was also the NATO Supreme Allied Commander Europe (1997–2000); he was the one who issued the order to open fire on Russian paratroopers in Pristina, an order that was not followed through. Upon retiring from the army, Clark briefly took part in the 2004 presidential race as a Democratic candidate. He later withdrew from political life to set up a consulting agency and write a number of books. Today, he is campaigning against Donald Trump and using alarmist rhetoric against Russia. Clark became interested in investment during his student years at Oxford, where he obtained, among other qualifications, a degree in economics. However, according to Bloomberg, he does not enjoy a particularly good reputation in the financial world, and his equity stakes are certainly a red flag for any prudent investor [2]. This means that we are possibly dealing with a fortune-seeker who has been given his share of the limelight rather than an evil genius of the Kosovan economy.

Economic Presence in a Broader Context

In fact, the business interests of retired U.S. military officials and diplomats have been a moot question for a long time. In 2008, the German magazine Der Spiegel published a critical essay on the matter, offering the perspective of a German governor unable to counteract the multiple corrupt and gang connections of Americans in the Kosovo administration [3]. In 2012, The New York Times also published an article on the matter [4]. The most mentioned name in the latter is that of Wesley Clark, while others include former Secretary of State Madeleine Albright, diplomat James W. Pardew, Mark Tavlarides (a high-ranking official with the U.S. National Security Council in the Clinton administration). We should not forget about General Schook, a member of the UN mission in Kosovo (UNMIK), who tried to turn the former leader of the Kosovo liberation army Ramush Haradinaj acquitted by a Hague Tribunal into a political figure.

Yet, it would be simplifying matters to say that the best spoils went to the American authors of Kosovo’s independence (eternalized in the names of streets in Pristina). This much is obvious from the case of privatization of Kosovo’s telecommunication company Radio Television of Kosovo (RTK). The most likely buyer of 75 per cent of the shares was indeed slated to be the Albright Stonebridge Group (chaired by Madeleine Albright). But, according to information from 2013, the company eventually went to an international consortium comprising British Telecom and two investment companies of questionable origin (Germany’s Axos Capital and the U.S.-based Najafi Companies). Due to a lack of data, it is impossible to make any judgement on the shareholding structure, and it could be very diverse, based not only on the right of the winning side, but also on various compromises and agreements that have been entangling the property over the past eight years.

The point can also be proven by the situation around Clark’s company: while it has been showing interest in Kosovo’s mineral reserves since 2012 [5], it has not been able to claim ownership so far. Interestingly, Envidity has met resistance from the opposition party Alliance for the Future of Kosovo led by Ramush Haradinaj, who had previously been advised by another U.S. general. Apparently, there is certain competition. This, however, has not prevented the government of Kosovo from granting rights to not only U.S., but also German, Austrian and other national businesses. Rather, it is probably evidence of a more general phenomenon: the neo-colonial appropriation of resources, property and manpower [6].

In any case, with the arrival of foreign capital in Kosovo, the country’s economy has been subjected to interesting experiments that are worth a few studies into its economic and political history. Meanwhile, the problem cannot be considered through the prism of certain individual fortune-seekers, but rather by using a systemic approach.

2.      According to Bloomberg, Clark has held stocks in 18 companies since 2004, mainly second or third-tier penny-stock securities traded in the lowest price range and occasionally used in stock manipulations. Nine of them made losses, with three more going bankrupt over the years. Based on this fact, Bloomberg ironically nicknamed Clark the Penny-Stock General. See: Wesley Clark: The Penny-Stock General // Bloomberg. 14.05.2015.

6.      The theoretical problematics of the phenomenon appears in general to be similar to the challenges in other regions facing the pressures of colonialism. See: Vasily Filippov. Colonialism: the Second Advent // Russian International Affairs Council. 23.06.2012.

Rate this article
Share this article
FOLLOW THE LATEST DEVELOPMENTS
Reader's choice
HideShow
About the Wise Monkey Who Came Down from the Mountain
Illusions of a New Bipolarity
The Battle of “Coronavirus Narratives”: Three Lines of Defence Against China
Why Russia Sent Humanitarian Aid to the US and Why That's a Good Thing
Insidious Air Pollution. Legal Regimes for Arctic Climate Change