The January meeting of the EU Foreign Affairs Council focused, in part, on Turkey’s oil and gas drilling in the Eastern Mediterranean. High Representative of the EU for Foreign Affairs and Security Policy Josep Borrell said the Working Party of Foreign Relations Counsellors (RELEX) is about to complete its package of sanctions against Turkey. It is compiling a list of individuals and companies on which restrictions will be imposed.

The January meeting of the EU Foreign Affairs Council focused, in part, on Turkey’s oil and gas drilling in the Eastern Mediterranean. High Representative of the EU for Foreign Affairs and Security Policy Josep Borrell said the Working Party of Foreign Relations Counsellors (RELEX) is about to complete its package of sanctions against Turkey. It is compiling a list of individuals and companies on which restrictions will be imposed. 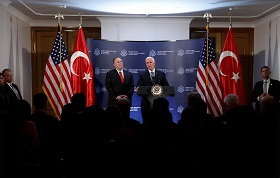 The EU imposed sanctions on Turkey’s drilling projects because of the Northern Cyprus issue. This perpetual issue has resulted in a dispute on the use of the shelf-based resource extraction. At present, Cyprus and Turkey are stepping up their struggle for the resources in this shelf area that is estimated to have large gas deposits. The EU is supporting the government of the Republic of Cyprus and denouncing Turkey’s oil and gas drilling operations on Cyprus’s shelf and in this country’s exclusive economic zone. The Republic of Cyprus is the only EU-recognized state on the island. Turkey holds a different position. It claims that the waters in which it is drilling belong to the Turkish Republic of Northern Cyprus declared in 1983. Only Turkey has recognized it since then, but Ankara insists that it is protecting the rights of Turkish Cypriots to shelf deposits in accordance with international law.

Differences between the EU and Turkey on this issue cropped up in March 2018 when the European Council published its conclusions. The EU denounced Turkey’s oil and gas drilling activities in the Eastern Mediterranean. In July 2019, Brussels suspended its dialogue with Ankara at the top level and resolved to impose sanctions in November 2019.

In short, the differences stem from EU solidarity with the Republic of Cyprus. In addition, it has been reported that the Cypriot Government has earlier issued licenses for geological prospecting to two European companies – Italian ENI and French Total.

The EU is using economic sanctions more often as a foreign policy tool. Having no military-political leverage over Turkey, the EU’s economic restrictions are, nevertheless, likely to influence Ankara’s policy. President of the European Commission Ursula Gertrud von der Leyen is inclined to make EU sanctions even more effective. The fact that the majority of EU states are Turkey’s NATO allies is unlikely to influence EU resolutions on sanctions.

The United States has already introduced sanctions against Turkey for human rights violations in 2018 and for a military operation in Syria in October 2019. The latter were cancelled shortly after some diplomatic maneuvering by both sides. However, this did not free Turkey from the threat of new US sanctions. In December 2019, the US Senate Committee on Foreign Relations approved a bill to impose sanctions on Turkey for the purchase of Russian S-400 missile systems and for its actions in Syria. However, this bill has not yet become law. As for the S-400 systems, the United States can also apply CAATSA (115-44 PL) that bans transactions with companies from the Russian defense industry. 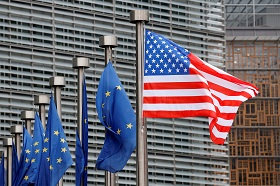 Codification of US sanctions legislation is very undesirable for Ankara. If the afore-mentioned bill becomes law it will be easier to expand restrictions and more difficult to cancel them. Moreover, US sanctions may be much more painful for Turkey because of secondary sanctions that could isolate it from a number of trade partners including those registered in the US and the EU. However, most likely, Washington will act prudently in this case for fear of alienating Turkey, an important NATO ally. The risk of new sanctions is not great.

Sanctions against Ankara are also fraught with losses. It will only be possible to judge the scale of the losses after the EU publishes a list those under the sanctions. Traditional moves like asset freeze and EU travel bans for blacklisted Turkish officials will not do much damage to the Turkish economy. Sanctions against Turkish companies working in the gas sphere will produce more losses but European business will be hurt as well. The EU will have to find a balance between its desire to influence Turkey and its own losses from any sanctions against it. Adding US sanctions to EU restrictions will be a worst-case scenario for Turkey, even though any possible US sanctions may be based on other issues.

Josep Borrell’s statement on sanctions against Turkey is the third step in the EU’s pressure on Ankara. The first two steps included public denunciation of Turkey’s drilling operations in the Eastern Mediterranean and the suspension of talks with Turkey at the summit level. The effectiveness of sanctions will depend on a number of factors: the type of restrictions, the final coalition of the initiators, the situation in the oil and gas markets and the potential damage from sanctions. Some studies show that EU sanctions against Ankara could work. Restrictions are often more effective when applied against allies than opponents. Will this be the case with Turkey? This is a question. The answer to it depends, among other things, on the paradigm of Turkish-EU relations: Will Ankara place its bets on rapprochement with the EU or will it move in the opposite direction? The latter is more likely at this point.

Anti-Turkey sanctions can affect Russia as well. US sanctions for the purchase of S-400 missiles could hurt Russian arms exports although this damage will not be big. Any EU sanctions are important in that they show how Brussels is starting to use this approach.

Evidence from 205 Cases of the U.S. Government Enforcement Actions against Business

US Sanctions Against Turkey: Zero Escalation

Sanctions, Turkey, European Union, USA, Cyprus
Reader's choice
HideShow
Twelve Steps Toward Greater Security in Ukraine and the Euro-Atlantic Region
A Crisis Management Mechanism in the Middle East Is Needed More Than Ever
A Plea to Save the Last Nuclear Arms Treaty
The SWIFT System: A Focus on the U.S.–Russia Financial Confrontation
The Countdown for New START