The diplomatic conflict between Iraq and Turkey erupted in part due to discontent among Iraqis over the presence of Turkish armed forces on their territory. This issue has dragged on for a long time. The government in Baghdad has demanded that the Turks withdraw their troops from Iraq, while the Turks cite the need to train and equip the Kurdish Peshmerga and Sunni armed groups for the battle against ISIS. Actually, this is precisely what the Turks claim to be doing on Iraqi territory in the town of Bashiqa outside the “caliphate” capital of Mosul in the northern part of the country.

The trigger for this fierce position of Iraq towards the Turks was the Turkish government’s decision to keep their soldiers in Iraq for another year as well as some of the harsh statements made by Recep Erdogan. In his speeches, Erdogan has said that the operation to return control over Mosul to the Iraqi authorities should be carried by the country’s Sunni groups. In addition, the Turks believe that the ethnic and religious makeup of the region’s population should be preserved. Moreover, Erdogan has said separately that it would be a mistake for the Popular Mobilization Forces (al-Hashd al-Shaabi) to take part in an offensive against Mosul. Such forces consist of an alliance between Shiite militant groups that have been legitimized and joined the Iraqi army in August 2016. For his part, Iraqi Prime Minister Haider al-Abadi has said that Iraq would not allow the Turks to take part in the operation to liberate Mosul. The United States also had an interesting position on this issue: the Americans supported Baghdad. 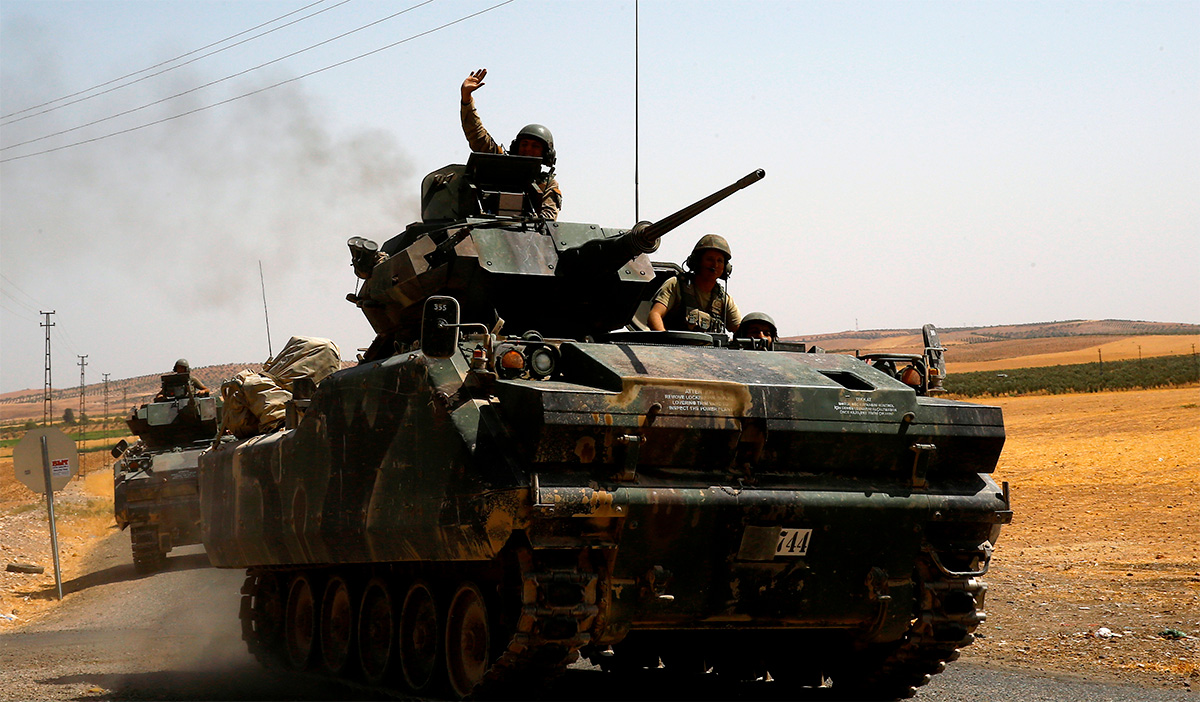 On 4 October, the Iraqi parliament voted against the Turkish military presence in the north of the country and called for cutting ties with Ankara. Baghdad calls the Turkish armed forces “occupiers”, which does not sit well with Turkey. The Turkish armed forces have emphasized that they are in Iraq at the invitation of Baghdad itself as well as President of the Iraqi Kurdistan Region Masoud Barzani (conflicting information). The Turks also say that if Baghdad fought against the Kurdistan Workers’ Party (of ISIS), there would be no Turkish forces in the country. Erdogan also noted that there are countries around the world that engage in combat operations thousands of kilometres away from their own borders, such as the groups of several countries in Afghanistan, and nobody is outraged. Meanwhile, Turkey’s land border with Iraq stretches over 350 km, while its border with Syria runs 911 km, and Ankara is prepared to protect its interests. Later, Erdogan added that “he [Iraqi Prime Minister Haider al-Abadi] should know his place”.

Despite the efforts to find a common solution to the problem, the war of words continues. On 11 October 2016, Iraqi parliament member Zainab Arif Al-Basri called for expelling the Turkish ambassador in Baghdad. Al-Basri is a member of the Iraqi National Accord (Al-Wifaq Al-Watani Al-'Iraqi), a structure that positions itself as a national coalition that unites the country’s main political forces. In fact, it primarily consists of Shiite parties, including the State of Law party, the Supreme Islamic Council, the Sadrist Movement, Badr and others. Al-Basri also stated that “Iraq is not an Ottoman province”. 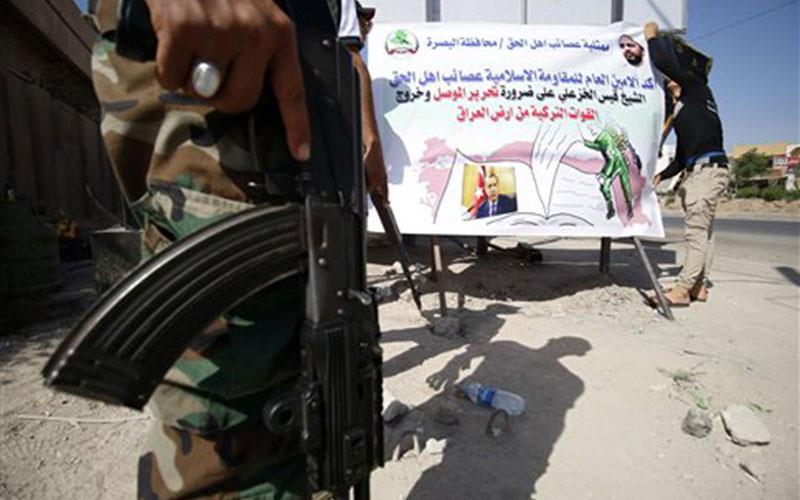 The demand to expel the Turkish ambassador from Baghdad has yet to be fulfilled even though the two sides have already managed to summon each other’s ambassadors to their respective ministries of foreign affairs. Previously, Saudi Arabian ambassador Thamer Al Sabhan was replaced as part of a major controversy following a request from the Iraqi Ministry of Foreign Affairs. Abdul Aziz Al Shammari was appointed as the new ambassador in Baghdad. This was a difficult move for the Saudis because Al Shammari is a member of the influential Shammar tribe, one of the largest clans both on the Arabian Peninsula as well as in Iraq. It should also be noted that Russia also replaced its ambassador to Iraq. Iraqi media reported that Moscow has appointed Maxim Maximov. However, this move took place without any controversies: the appointment was planned and had been prepared by the Russian Ministry of Foreign Affairs for some time.

The issue of the Turkish military’s presence in Iraq will also be raised in international organizations. Iraqi Prime Minister Haider al-Abadi will continue to seek their withdrawal. In addition, statements have already been made indicating that the further presence of Turkish troops in Iraq without Baghdad’s authorization will be viewed as an act of aggression. Nevertheless, Turkish Prime Minister Binali Yildirim has said that the Turkish forces will remain in their current location in Bashiqa. The future presence of Turkish boots on Iraqi soil will largely depend on the United States, Iran and their relations with Ankara despite the serious demands from the highly socially diversified Iraqi public that exists today.