€60 billion? The Cost of Brexit is Comparable to That of Sochi Olympics

No one can say exactly how much Great Britain will have to pay for Brexit. The bill includes not only long-term consequences but the buyout that London has to pay Brussels during the 2 years of Brexit procedure. London media mention €20–40 billion, those in Brussels – €40–60 billion or even €70–80 billion.

Taking into consideration the fact the the EU current budget is € 142 billion and that in recent years Great Britain has contributed about € 20 billion (12–15%) annually, the parties are bidding on quite significant for both sums of money. British "debt" consists of 3 parts each of them having already become a matter of intense debates.

First is what to consider British obligations – its share in the EU spendings before the Brexit is completed (2019), or also its share in EU's long-term plans some of which will not be implemented before 2023? By the time of likely Brexit termination in 2019, EU commitments will reach about €241 billion.

Second comes the part of the European beaurocrats' pension spendings that has to be covered by London. Is it the part that goes to the British pensioners (at the moment only 3,8% of all EU bureaucrats  are British subjects), or London has to pay in proportion to its contribution (12–15% mentioned above)?

Third is what to be done with numerous EU loans(including to Ireland, Portugal, Hungary, Ukraine) that reach €56 billion considering that all EU members share the risks related?

Whatever the result of the upcoming talk is, it is clear that Brexit is not going to be a cheap affair: its cost is likely to be comparable to Russia's investment in Sochi infrastructure before the 2014 Olympic games. 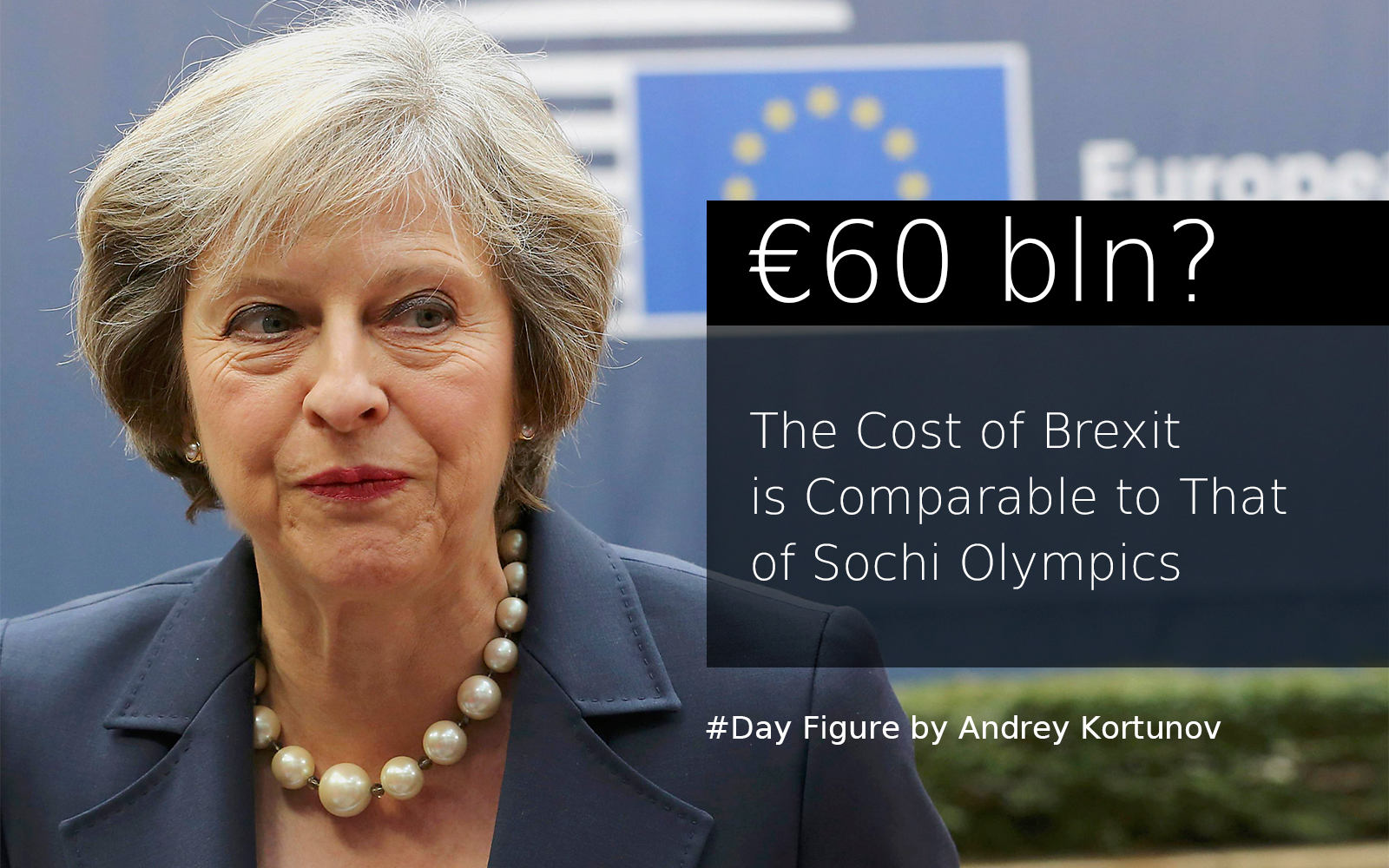