Indonesia’s soft power issues are connected with the radical Islamism and terrorism. Indonesia is losing the public diplomacy battle with several factors affecting such situation. These include acceptance of hardline interpretations of Islam, politicization of Islam by opportunistic politicians and rise of radical interpretation of Islam in the country’s Islamic schools (pesantren, musholah) funded mostly by Saudi Arabia, and radical content spreading on social media.

Islam Nusantara (Indonesian adaptation of Islam) could be considered as a crucial element of soft strategy to counter growing radicalism. Through Pancasila, Indonesia promotes compatibility of Islam and democratic values, offering an alternative vision of how the Islam can be perceived. Indonesia needs to strengthen its leadership within the Islamic world, using the existing demographic potential.

Indonesia needs to take serious steps toward the increase of soft power becoming well-known not just through the prism of Islamic terrorism. Despite the potential, Indonesia’s soft power on the world stage is quite insignificant. Indonesian government should put efforts to promote a new image of a country that is open for changes.

Indonesia’s economic growth (real GDP is over 5 percent year-on-year) as well as its increasing role international politics indicate that the country is becoming more prominent on the global stage. Indonesia has the status of the largest member of ASEAN, G20 membership, and a status of non-permanent member to the UN Security Council. Indonesian foreign policy asset as the largest Muslim majority democracy in the word in multicultural society is another factor affecting the potential in international politics which can be used to build Indonesia’s soft power.

"Soft power" is a term created by the American scholar Joseph S. Nye to define the use of positive attraction and persuasion to achieve foreign policy objectives, focusing on effective communication and international cooperation. The soft power sources includes political and cultural values, international engagement, instead of military or economic coercion, which are referred to as "hard power". Moreover, according to Sherrie Steiner, it is possible to expand the concept of “soft power” as an accountability mechanism to include religious soft power. Religious soft power is the ability to wield influence in politics and international relations, using religious norms, values and ideas to realize the goals of religious authorities.

In 2018, Portland, strategic communications consultancy, presented the latest edition of “The Soft Power 30: A Ranking of Global Soft Power”. The Index ranked Indonesia as ninth out of ten in Asia.

Despite the fact that Asian soft power has improved in the recent years, Indonesia’s real potential to change the regional balance of soft power and geopolitics more widely is still neglected. There are opportunities for Indonesia to take on a more prominent role in the Southeast Asia for its economic and demographic potential. 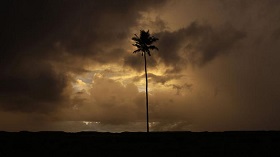 Indonesia’s soft power issues are connected with the radical Islamism and terrorism, affecting the country’s image worldwide. Indonesia is losing the public diplomacy battle because of the Islamic radicalization. Several factors affect such situation: acceptance of hardline interpretations of Islam, politicization of Islam by opportunistic politicians, rise of radical interpretation of Islam in the country’s Islamic schools (pesantren, musholah) funded mostly by Saudi Arabia and radical content spreading on social media.

Indonesia has been witnessing religion-based clashes based which demonstrated the lack of religious tolerance in the country, but this is not a new phenomenon. The intolerance has been accumulating for a long time. Undoubtedly, this phenomenon is to do with the increased politicization of Islam initiated by opportunistic politicians. Hegemonic views and hoaxes are fragmenting Indonesian society, leading to inevitable conflicts caused by political reason under the cover of Islam protection.

One of the most spectacular situations is the controversial blasphemy case with Jakarta's first non-Muslim and ethnic Chinese governor, Basuki "Ahok" Tjahaja Purnama, sentenced to two years. The relations between dominating Islam with big political influence and minority religions remain tense, which diminishes Indonesia’s global reputation regarding the protection of its religious minorities.

Indonesia is the nation with the largest number of Muslims, but according to constitution, the Republic of Indonesia is not an Islamic state.

The question of religious pluralism is presented not only in the Constitution which included Article 29 about the recognition of freedom of religion as a human right but also in national ideology, Pancasila. The adoption of Pancasila in 1945 as the state ideology and ideological basis of law aimed to balance the newly independent country by making Indonesia neither a theocratic Islamic state nor a secular state. Founding father and first president Sukarno proposed the new ideology as a compromise between an Islamic and a secular state, which was embodied in the 1945 Constitution. On June 1, 1945 Sukarno explained the five principles of Pancasila: belief in one God, humanitarianism, unity of Indonesia, democracy, and social justice.

Pancasila stabilizes the multicultural country characterized by the coexistence of different religions and ethnic groups. Indonesia’s founding fathers understood that balancing a nation of such diversity required an inclusive and pluralistic state, which is reinforced in Indonesia’s national motto, Bhinneka Tunggal Ika (Unity in Diversity). However, the state often serves as a guardian of social order defined by radical politicians and organizations rather than by ideals articulated in Pancasila. Indonesia’s failure to deal with urgent question of religious intolerance is a major obstacle for recognizing the Pancasila’s ideal.

In more recent years, erosion of tolerance toward minorities in Indonesia has become much more visible. Bigotry and religious intolerance are indeed contributing factors in social conflicts that include riots and terrorist violence. Such situation affects all dimensions of social life, shaping the Indonesian lifestyle, e.g. with increasing pressure for censorship of the freedom of speech in Internet and media or to require to demonstrate piety in public life by Muslims. Any criticism about Islam or Muslim leaders often leads to allegations of blasphemy.

The politicization of Islam driven by opportunistic politicians as well as the lack of dialogue have significantly contributed to decreasing tolerance and fear among religious minorities. The government fails to prevent violence based on religious beliefs. The government does not adopt policies against violation of religious minority rights, presenting opposite approach, for example by releasing controversial mobile application that allows members of the public to report beliefs they consider to be misguided or heretical. Acts of religious intolerance and violations of religious freedom in Indonesia have increased. Moreover, it is necessary to mention the participation of Indonesian Islam fanatics involved in terror activity abroad, including ISIS militants.

Another concern is the young generation—the results of a survey conducted among over 4,200 Muslim student shows that twenty percent of the students supported the establishment of an Islamic caliphate.

When it comes to older generations, the results of research are also warning. In the survey, led by Dr. Didin Syafruddin of Syarif Hidayatullah State Islamic University (UIN), nearly 80 percent of Islamic education teachers in five of 34 Indonesian provinces support implementing Sharia law.

Islam Nusantara —religion as a solution 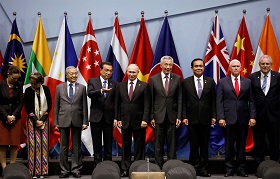 Ekaterina Koldunova:
ASEAN, EAS and APEC: What Russia Achieved in 2018

Religion can play an important role in promoting a new face of Indonesia. Indonesia needs to revise current approach to religious issues. It should update its internal policy promoting tolerance through moderate Islam and refusing to take sides of radical preachers (ustadz), politicians, and Islamic organizations.

Indonesian approach to Islam, called Islam Nusantara (Islam of the Archipelago), is a moderate interpretation of Islam that takes into account local Indonesian context (including Pancasila). It could work in a response to religious intolerance and help the process building Indonesia’s positive image. The concept of Islam Nusantara based on Pancasila rejects vision of an Islamic state in favor of religious pluralism. Among Indonesian Muslims, Islam Nusantara has received various responses, however, intolerant and exclusive religiosity is gaining strength.

Multiple religions spread across Indonesia serve as the country’s biggest soft power asset and can be used to create a positive image for Indonesia abroad. Indonesia as the world’s largest archipelagic country that is naturally diverse in ethnicities, cultures, and religions, can serve as example of compatibility between democratic principles and respect for pluralistic, Muslim-dominated society, recognizing the existence of other beliefs at the same time.

The potential power of democracy and dominating moderate Islam could set an example of a role-model Muslim country for other Muslim-majority countries.

Indonesia’s Ministries of Education and Religion should start programs to address growing intolerance and religious radicalism.

Indonesia does not promote itself enough toward international audience. Indonesia’s soft power also struggles from the lack vision, lack of human and financial resources sustaining all the initiatives, lack of civil‐society activism and last, but not the least, corruption.

Islam Nusantara could be considered as a crucial element of soft strategy to counter growing radicalism. Indonesian compatibility of Islam and democratic values promoted through Pancasila has offered an alternative vision of how the Islam can be perceived. Indonesia needs to strengthen its leadership within the Islamic world, using the existing demographic potential, showing the rest of the world that democracy and Islam can go hand-in-hand together. Moreover, Indonesia has to use its leadership role in ASEAN taking the advantage of the trade integration and its potential for Indonesian market.

Indonesia’s national motto, Bhineka Tunggal Ika, can be both a source and a tool of Indonesian soft power ensuring a positive nation branding for Indonesia around the globe. A smart soft power strategy can help Indonesia to achieve success in ASEAN and beyond.

Will the government together with religious organizations be brave enough for religious moderation (wasatiyyah) in an attempt to cut religious extremism and to improve Indonesia’s soft power? Based on Indonesian experience, it is hard to be optimistic.

From a ‘Third Force’ to Diplomatic Conservatism

ASEAN, EAS and APEC: What Russia Achieved in 2018