U.S. Withdrawal From the INF Treaty and the End of the Bilateral Era

Strategic arms control has long been a foundation of U.S.-Russia relations, and removing this pillar will have profound consequences for the bilateral relationship. Neither Moscow nor Washington has displayed much political will or persistence to rescue the INF Treaty. Strategic arms control as it has been known for almost half a century is coming to its logical end.

Could the Intermediate-Range Nuclear Forces (INF) Treaty have been saved? No doubt. American and Russian experts have long discussed allegations of treaty violations in great detail, and there is no shortage of proposals on resolving compliance concerns and giving the treaty a new lease on life. Washington and Moscow are not likely to face any unprecedented security threats that would require the immediate deployment of intermediate-range ballistic missiles.

Optimists hope that Washington’s statements on withdrawing from the INF Treaty are just an instance of Trump’s peculiar negotiation tactics—a bluff and political maneuver—and they hope that the White House has not made a final decision yet. But the INF Treaty has been dying a slow death for several years, and the chances of preserving it dwindle every month. 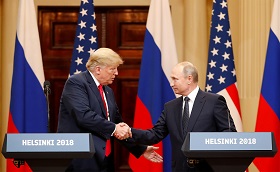 Neither Russia nor the United States has displayed much political will or persistence in seeking a compromise or taking unilateral steps to rescue the treaty. It is clear that neither side has considered saving the INF treaty—not to mention the arms control regime as a whole—an important enough of an issue, such that it would be worth overcoming the situational interests of individual government agencies, the pressure of hardline political groups, and the general atmosphere of the U.S.-Russian confrontation.

Russia is quick to blame the United States for the treaty’s demise. Indeed, it was Washington, not Moscow, that made compliance issues public and officially expressed doubts about the treaty’s value. And now it is Washington that is casting aside the long-standing tradition of separating strategic arms questions from other aspects of the bilateral relationship.

U.S. observers justifiably criticize the State Department for its insufficient efforts to save the treaty. Some observers also suggest that Moscow has outplayed Washington once again, forcing the Americans to shoulder all responsibility for scrapping an agreement to Russia’s benefit. Indeed many Russians have long complained that Mikhail Gorbachev betrayed the country’s national security interests by signing the INF Treaty in 1987, since the Soviet Union made far greater quantitative reductions in delivery systems and warheads than did the United States. Furthermore, they say, the treaty did not cover American sea-launched missiles and did not specify any obligations for the U.S.’s NATO allies.

The consequences of the INF Treaty’s demise are obvious. In addition to dismantling important verification mechanisms, the U.S.’s withdrawal from the treaty represents a new escalation in the already fraught U.S.-Russian relationship. The INF Treaty carries similar political significance as the 1972 Anti-Ballistic Missile (ABM) Treaty. Moscow is likely to use the Trump administration’s withdrawal as propaganda: to this day, Russian leaders still remind their American counterparts that George W. Bush’s decision to withdraw from the ABM Treaty was the very move that reversed the positive trend of the post-Soviet bilateral relationship.

More importantly, a core pillar of the U.S.-Russia relationship is in peril: since the early 1970s, strategic arms control has been a foundation of the relationship. Following the collapse of the Soviet Union, Moscow and Washington have struggled to define an alternative core for almost three decades—for instance, the New START Treaty, not Russia’s accession to the WTO or the repeal of the Jackson-Vanik amendment, was considered the main accomplishment of the Obama administration’s “reset” policy. As the extension of the New START Treaty is also up in the air, removing the centrality of strategic arms control not only deprives the U.S.-Russia relationship of its special status in global politics, but also drastically reduces both countries’ importance to one another.

Russia and the United States will not be the only countries to suffer. The possibility of deploying intermediate-range missiles creates new risks for Europe. The U.S. withdrawal was an unwelcome surprise for its European allies—German Foreign Minister Heiko Maas was one of the first foreign politicians to react negatively to Trump’s announcement. 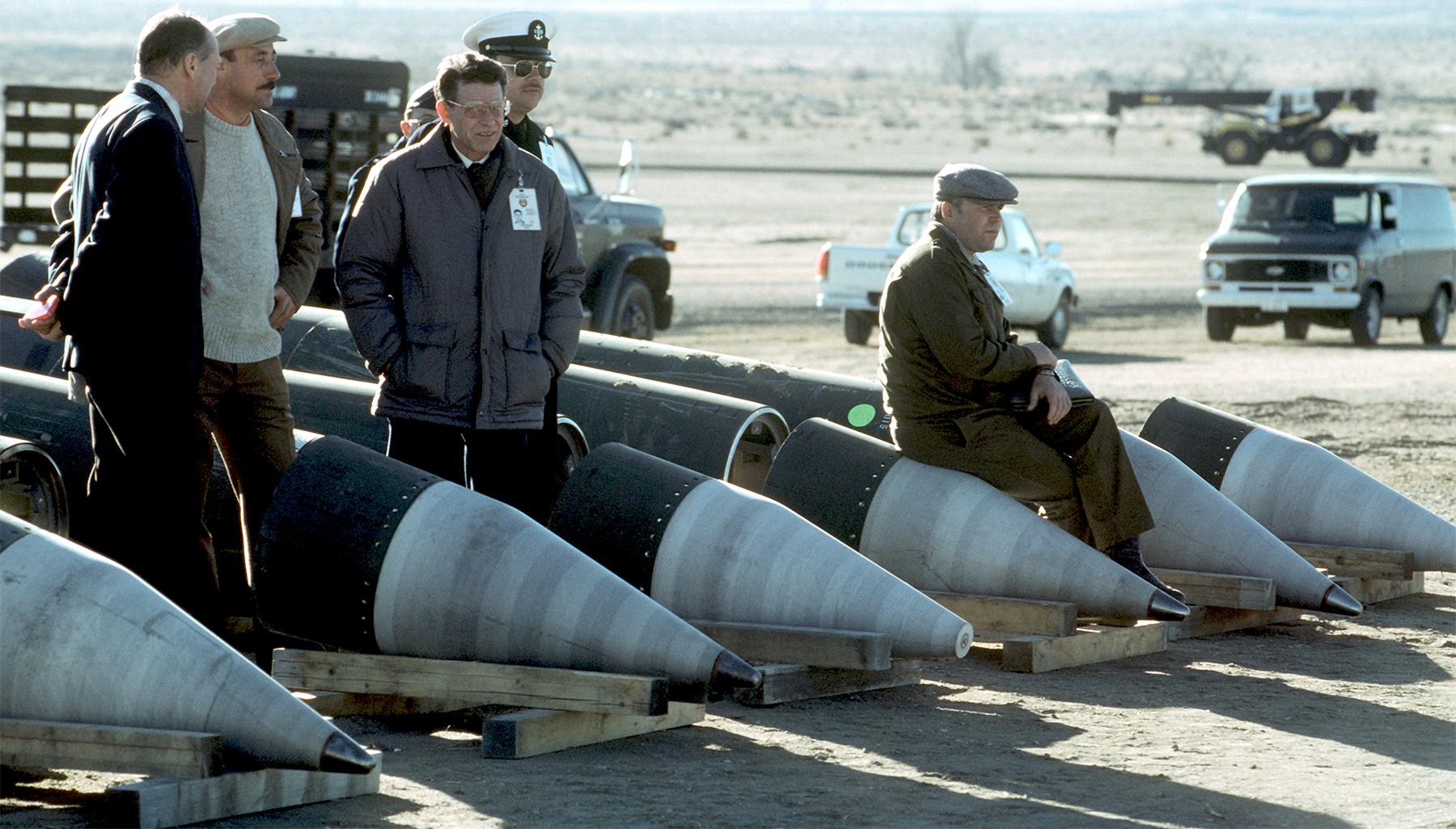 By withdrawing from the INF treaty, the U.S. is giving itself free rein not only in Europe but also in Asia. Beijing is likely to feel the impact of the U.S’s decision. Sooner or later, the Pentagon may start expanding its arsenal for deterring China to ensure that it maintains “escalation dominance.” Intermediate-range systems could play a significant role toward this end if U.S. allies in the region agree to host them.

Global security will also lose out. The nuclear nonproliferation regime, to be discussed at the next Review Conference in 2020, now faces an even more uncertain future. If the U.S. and Russia are no longer willing to give up one or two types of delivery vehicles, what can they rightfully ask of other members of the international community? It is quite possible that the next nuclear nonproliferation Review Conference will also be the last one.

Strategic arms control as it has been known for almost half a century since Leonid Brezhnev and Richard Nixon signed the first agreement is coming to its logical end. The Trump administration’s destructive steps have simply accelerated and added more drama to the inevitable demise of arms control. Irrespective of the administration occupying the White House, it is no longer possible for Moscow and Washington to return to the 1970s or even to 2010, when Dmitry Medvedev and Barack Obama signed the New START Treaty.

Yet it is difficult to imagine that any state would be interested in an unrestricted arms race. Indeed a no-holds-barred approach in this sphere is too risky. Therefore amid the debris of the bilateral Soviet (Russian)-American system, new strategic arms control mechanisms are likely to emerge.

It is not clear what these mechanisms will look like, but some elements are now certainly relics of the past. First, the bilateral Russian-American format of the arms control regime is giving way to a multilateral focus. Among other issues, the U.S. is increasingly concerned with China’s expanding nuclear arsenal and Iran’s ballistic missile capabilities. In fact, when criticizing the INF Treaty, Trump administration officials have focused more on the fact that the treaty imposes no limitations on China’s nuclear forces.

Second, traditional, legally-binding agreements that are subject to ratification—which have long constituted the structure of arms control—are also on their way out. Not only is it difficult and perhaps even impossible to ratify any national agreement today, especially with regards to nuclear weapons, the ongoing U.S.-Russia confrontation further complicates this process. Under such strained conditions, whether either side is able to guarantee compliance remains an open question. But the fates of the INF and ABM treaties suggest that even legally-binding agreements provide no assurances—a party can easily withdraw from any agreement upon completing simple formal procedures. 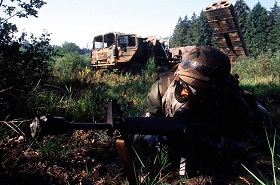 Alexander Yermakov:
The INF Treaty Is Under Attack. Down a Road Paved with Good Intentions

Third, quantitative parameters will be less of a central component of future strategic arms agreements. There is no reason to believe that a quantitative arms race, like those between the Soviet Union and the United States, is on the horizon. Instead negotiators are likely to be consumed by the qualitative characteristics of strategic nuclear arsenals, such as the growing use of artificial intelligence.

Going forward, it is possible that instead of traditional bilateral regimes like INF and New START, future agreements will favor more flexible, multilateral formats like that of the 2015 Iran nuclear deal. Such a format, however, does not guarantee more durability. As recent events indicate, these agreements can still be upended by the domestic policy changes of a leading nuclear power.

Perhaps the term “arms control” itself should be revised. Bilateral, legally-binding, and predominantly quantitative “arms control” regimes may soon give way to multilateral, non-formalized, and predominantly qualitative “strategic arms management.” In this context, maintaining multiple lines of communication will become increasingly important, both at the top and at lower levels. Timely exchanges of military doctrines, threat perceptions, and plans for developing strategic forces, as well as joint opposition to nuclear proliferation and nuclear terrorism, will also play an essential role.

Compared to the twentieth century, the international system today is more complex, less predictable, and potentially more dangerous. One hopes that the impending U.S. withdrawal from the INF Treaty will not become just another item on Moscow’s laundry list of grievances against Washington, but that it will intensify the search for new models for reducing nuclear risks and strengthening global and regional strategic stability.

Russia has all the necessary preconditions for taking the lead on defining this new ecosystem. It boasts a unique experience of developing and implementing diverse arms control mechanisms, formidable Soviet and Russian international negotiators, as well as an established strategic arms expert community. Moreover, Russia remains one of the world’s two nuclear superpowers. Since the U.S. is unlikely to make multilateral strategic arms control its top priority any time soon, Russia can take advantage of the present lack of competition and make the first move.

Rate this article
Share this article
FOLLOW THE LATEST DEVELOPMENTS
Project
Strategic Stability and Reducing the Risk of Nuclear Threat
Related materials
The INF Treaty Is Under Attack. Down a Road Paved with Good Intentions

The exacerbation of tensions, mutual pressure and accusations have put a cornerstone Russia-U.S. agreement – the Intermediate-Range Nuclear Forces Treaty – on the brink of termination

The US Withdrawal from the INF Treaty Will Be Implemented

The visit of John Bolton to Moscow attracted attention in connection with the announcement of possible US withdrawal from the INF Treaty. This is undoubtedly an important decision that will have major consequences for Russia, for the European security, and for strategic stability. There was a lot of talk about this, the debates will continue, but it is important to note that this issue was not the only one that was discussed during Bolton’s talks in Moscow. Moreover, it seems that there were no negotiations about the INF treaty, at least the detailed ones