Russia’s demonstration of nuclear delivery systems that are invulnerable a priori to any existing and future missile defense systems has produced an effect that has noticeably lowered the pitch on hysterical talk concerning the deployment of the U.S. ABM system. Despite the negative tone in the current Russian-U.S. relations, discussions of the parameters of a future nuclear deal are once again becoming a hot topic.

A number of factors are preventing the prolongation of the current New START treaty until 2026. Such factors include U.S. President Donald Trump’s policy, Russia’s problems with U.S. approaches to the reduction of nuclear delivery platforms and launchers, mutual accusations of a breach of the Intermediate-Range Nuclear Forces (INF) Treaty, and the possibility of the two countries supplementing their arsenals with nuclear delivery systems that would fall outside the New START scope.

The following parameters are possible for a new major treaty:

— a further reduction in the overall number of warheads;

— a clarification of the rules for counting heavy bombers and associated nuclear charges in light of future developments in aviation and missile technology;

— a clarification of the volume and nature of telemetry to be surrendered during test launches of new ICBMs;

— a search for new approaches to classifying and inventorying new nuclear delivery platforms, above all as applied to hypersonic glide vehicles;

— the influence of intelligence, military, and criminal activities in cyberspace on strategical stability, including as regards the vulnerability of nuclear weapons;

— a separate important section might be devoted to strategic conventional weapons.

Resolving individual differences and finding points of mutual contact per se will not be able to form the foundation for a full-fledged Detente 2.0, but these efforts might help articulate the partners’ goals and objectives in negotiations.

Despite the belligerent nuclear statements by Russia and the U.S. in the first quarter of 2018, the configuration of a possible future for the international arms control regimes can be seen beyond the veil of rhetoric.

We can assume that the demonstration of nuclear delivery systems that are invulnerable a priori to any existing or future anti-missile systems had a therapeutic effect and significantly lowered the tone of hysterical talk concerning the development of the U.S. ABM system.

The address to the Federal Assembly by President Vladimir Putin, who has since been re-elected, was striking and unprecedented in terms of its nuclear-missile revelations. However, it generated a fair share of criticism, and rightly so for the most part. In particular, the visualization of the new nuclear delivery systems included a number of previously demonstrated animations, including the understandably criticized “footage” of MIRVs arriving at Florida, which was borrowed from a video related to the future Sarmat ICBM that had been included in a TV film devoted to the Voyevoda ICBM. One aspect that wasn’t entirely understandable was the clearly doctored footage of a target being allegedly being hit by a Kinzhal, a system that is currently very close to deployment. It is, however, worth noting that all the systems featured in the presentation – the heavy Sarmat ICBM, the Avangard hypersonic glide vehicle, the Burevestnik nuclear-powered cruise missile of unlimited range, the Poseidon nuclear-powered unmanned underwater vehicle, the Kinzhal airborne rocket system, and the Peresvet combat laser system – were all, to one extent or another, started as Soviet projects aimed at counteracting the deployment of U.S. ABM as part of President Ronald Reagan’s Strategic Defense Initiative.

This, however, is beside the point. The key part of Putin’s address was the message to the effect that Russia is prepared to overcome the problems posed by any existing or future U.S. ABM system. Shortly after the president’s address, Russian Defense Minister Sergey Shoigu expressed his bewilderment at why the U.S. would need a “leaky” ABM umbrella. Putin himself clarified his position in an interview with NBC, effectively declaring that Russia was ready for further reductions in strategic offensive weapons, the ABM threat notwithstanding. An external symptom of this readiness is the absence of ABM on the agenda of the next iteration of the international security conference in Moscow, which originally emerged as a platform for discussions on U.S. ABM-related issues. Thus, we can assume that the demonstration of nuclear delivery systems that are invulnerable a priori to any existing or future anti-missile systems had a therapeutic effect and significantly lowered the tone of hysterical talk concerning the development of the U.S. ABM system. 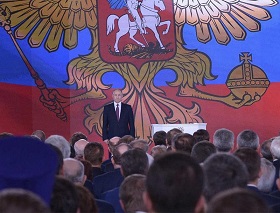 The most recent evidence of the possibility of a new agreement came in the form of a telephone conversation between Putin and Trump on March 20, after which the two presidents declared their interest in a meaningful discussion on strategic stability aimed at preventing a new arms race [1]. The first step towards a positive agenda should be a joint statement on strategic stability by the two countries’ presidents. Apart from the traditional talking point about the impossibility of winning a nuclear war, the statement would benefit from the inclusion of assurances stating that the new defensive and offensive weapons do not aim to undermine the deterring potential of each country’s nuclear forces, and that neither of the two are striving to create nuclear weapons that would be applicable in local conflicts.

In this context, despite the negative backdrop of the current Russian-U.S. relations, the need to discuss the parameters of the future nuclear deal has once again become a hot topic, even though Russian Foreign Ministry spokeswoman Maria Zakharova asserts that the time for such talks has not yet arrived.

The simplest and most obvious option would be to prolong the current New START for another five years until 2026. There are, however, a number of obstacles to this.

Despite the negative backdrop of the current Russian-U.S. relations, the need to discuss the parameters of the future nuclear deal has once again become a hot topic.

It appears that in this particular context, Russia is merely a pretext, whereas the true reason that the U.S. re-admitted this class of nuclear weapons to its arsenal is China, with its rapidly developing naval force.

Moscow and Washington would do well to work in advance to agree on the optimal wording that would highlight their achievements and the potential for the most efficient use of the previously allocated budgets for the projects that are to be suspended, and also for these projects to be promptly re-activated if need be. 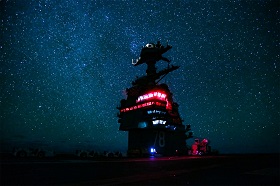 Given the above, Russia and the U.S. could and should shift to a positive agenda by each making two concessions:

It is evident that both countries’ goodwill would be key to implementing this plan, but it is precisely this ingredient that has been lacking so far. In addition, possible outcries at home should not be discounted, either. In this light, Moscow and Washington would do well to work in advance to agree on the optimal wording that would highlight their achievements and the potential for the most efficient use of the previously allocated budgets for the projects that are to be suspended, and also for these projects to be promptly re-activated if need be. Such actions are capable of resolving the two countries’ differences on the INF Treaty and on the ABM program.

Parameters of the new treaty

After the mutually irritating issues have been put to rest, however formally, the dialogue could proceed to a new comprehensive treaty. The following key criteria might be discussed:

Nuclear weapons remain the only guarantee against a major hot war in the current situation of massive international confrontation.

Of particular importance is the possibility of partially involving representatives of other nuclear powers in the discussion of at least the fourth, fifth, and sixth bullet points listed above. Furthermore, should arms reduction processes continue even on a bilateral basis, all five nuclear powers could be involved in an information exchange and efforts to improve the transparency of strategic nuclear forces. At the same time, tactical nuclear weapons will remain beyond the scope of these efforts due to differences in regional dynamics, even though in theory nuclear charges might be inventoried collectively and not by individual country. 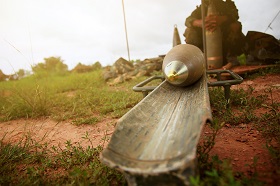 Russia and the U.S. retain the potential for mutually assured destruction. Both Putin’s statement to the effect that the world is hardly viable without Russia and the reminder by U.S. Strategic Commander Gen John Hyten that his country may deliver a devastating strike on Russia in any situation should cool hot heads around the world. For better or for worse, nuclear weapons remain the only guarantee against a major hot war in the current situation of massive international confrontation. A meaningful discussion as to the existence of and application scenarios for nuclear arms, any quantitative limitations, possible nuclear doctrines, and other measures of trust and transparency would help retain and strengthen communications between the two notional enemies, which is crucial to the future of the entire planet. This can only be possible if both parties approach the problem in a constructive way and demonstrate their willingness to compromise.

Resolving individual differences and finding points of mutual contact per se will not be able to form the foundation for a full-fledged Detente 2.0, but these efforts might help articulate the partners’ goals and objectives in negotiations. The mutual misunderstanding of each other’s true intentions is precisely what resulted in the continuing escalation of problems. This is why the two countries must learn how to listen to and understand each other anew.

1. It should be noted, however, that both presidents previously expressed their readiness for such an arms race and that it had actually commenced.

2. In the meantime, W-80-1 warheads remain in service with air-delivered cruise missiles; the future LRSO cruise missile will be tipped with the W-80-4 warhead of the same series.

3. Previously, different sources would often mention Rubezh and Avangard in the same context, in different combinations. There is, however, no reason to believe that a lighter ICBM could propel a hypersonic glide vehicle over an intercontinental distance. On the other hand, China is planning to soon deploy its own vehicle precisely as an intermediate-range missile system; however, this subclass of missile weapons is outside the scope of our article.