Working Under the Radar: The Stealth Alternative in Russia's Foreign Policy

The new cold war between Russia and the West is characterized by the absence of a clear ideological confrontation. This constitutes its fundamental difference from the era of bipolarity, when the Soviet Union and the United States were irreconcilable ideological enemies. Both sides offered universal ideological doctrines to the world. Ideology served as an important source of foreign policy legitimacy and formed the basis for consolidating allies and spreading influence.

The new cold war between Russia and the West is characterized by the absence of a clear ideological confrontation. This constitutes its fundamental difference from the era of bipolarity, when the Soviet Union and the United States were irreconcilable ideological enemies. Both sides offered universal ideological doctrines to the world. Ideology served as an important source of foreign policy legitimacy and formed the basis for consolidating allies and spreading influence. 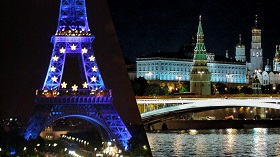 Igor Ivanov:
In Search of a Common Home

Today, the situation has changed. The West continues to rely on the liberal political theory. The ideological component remains strong in terms of pressuring Russia, although it is fairly outdated and needs major adaptations. Russia, however, is unable to come up with ideological alternatives comparable to the Soviet ones. All of this creates an illusion of postmodern rivalry with a mixture of pragmatism and populist simulation of meanings in the foreground. However, the real situation is different. The ideology of the new cold war is taking shape and will make itself felt. For Russia, much will depend on its choice of ideological strategy.

The sharp ideological division in relations between Russia and the West is the legacy of the “short 20th century.” It was then that Soviet Russia (and later the Soviet Union) began to define itself in opposition to the Western bourgeois environment, the source of an alien ideology and way of life, which must be contained and, ideally, converted into another faith. This never was the case in the imperial period. Russia competed with individual Western countries or coalitions. But, at the same time, it led other coalitions, was part of them or sought the neutrality of some to free its hands in war efforts with others. For several centuries, Russia skillfully avoided confrontation with the collective and consolidated West, while being part of the ideological divisions inside it. After the French Revolution and throughout the revolutionary 19th century, St. Petersburg acted as a consistent supporter and even leader of conservative policy. For Europe, Russia was a significant other, but managed to remain an integral part of European politics and diplomacy.

The situation changed dramatically following the 1917 October Revolution. As the only major power in which left radicals succeeded in seizing and subsequently concentrating power, Russia confidently claimed leadership of the international left. Its authority and soft power were extremely strong. This was facilitated by the fact that throughout the 20th century, Marxism remained the most powerful and one of the most influential political theories in the West and the world in general. However, European socialism evolved as capitalism adapted to the demands of the left, took on milder forms, and was eventually co-opted by the liberal-democratic model. The success of such co-optation in the post-war period dealt a heavy blow to the universalist ambitions of the Soviet Union, which was unlikely to follow the path of European socialism. The latter threatened the foundations of the Soviet regime as it suggested a genuine alternative, regular change of leaders and democracy. The end of Khrushchev’s “thaw” and Brezhnev’s conservative reversal clearly illuminated this trend. The Hungarian uprising and the Prague Spring undermined the authority of the Soviet Union and its leadership position among the left. In Asia, the Soviet Union ran into a major opponent in the person of Communist China. Mao came up with an alternative interpretation of Marxism, accused the USSR of imperialism and demonstrated a determination to use force. In 1969, the Soviet army defeated Chinese troops on Damansky Island. However, China exposed the ideological unity of the international left on the world arena as ephemeral, and this was a much harder blow to the Soviet Union. On the ideological level, the falling out with China and the loss of authority in Eastern Europe did more damage to the Soviet Union than the US efforts to promote liberal values. Beginning in the 1970s, Soviet socialism started experiencing prolonged death throes, which intensified as economic administration deteriorated, the development gap widened and the exhausting arms race took its toll. Trust in socialism among the Soviet elite was shaken as well. Inside the country, ideology was increasingly becoming an imitation of itself, resulting in an explosive mixture of cynicism and frustration. 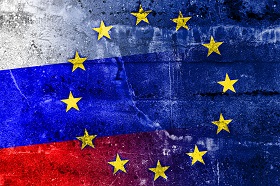 Mikhail Gorbachev attempted to alter this disastrous trajectory. He tried to end the confrontation with the West, substantially modernize the Soviet socialist project and bring it closer to European socialism, achieve convergence with Western Europe within the framework of the common European home concept, and, thus, create space to tackle the most pressing internal issues. By 1988, Gorbachev had managed to achieve some key goals, such as exiting the Cold War without suffering defeat, ending the arms race, maintaining equality in relations with the West, launching the modernization of the socialist system and gaining immense moral authority. However, already in 1989 all these necessary but belated measures let off a cumulative mass of contradictions that had built up over years. The collapse of the socialist bloc and the USSR itself was a totally unexpected disaster, which was swift and irreversible. It is not surprising that the West won a convincing victory. But the victory was over the Soviet Union and the Soviet bloc, not the socialist project or the left idea as such.

Following the Cold War, Russia spent a long time flailing in search of a new identity and ideology. Interestingly, the positions of the liberals were fairly weak both in Russia and all the countries of the former Soviet bloc. Nationalism was consistently gaining ground across the vast post-communist space. In Central and Eastern Europe, it fit well with the new democratic institutions and the common course toward integration with the EU and NATO. However, in the post-Soviet space, it took on a starkly ethnic nature and was accompanied by the degradation of institutions. In many cases, Russia was portrayed as part of a “dark chapter” in national histories, and Russophobia became a convenient tool for national consolidation.

Developments in Russia followed the nationalist trend in general. Liberalism was quickly defeated here. It was torpedoed by a weak social base, unsuccessful reforms, severe economic crisis and an overall disappointment in ideological prescriptions as such. On the contrary, nationalism proved to be a convenient alternative for unifying a frustrated and disparate society. It relied on patriotism, consolidation around common threats to security, emphasis on continuity with both the Soviet and imperial history, an end to denying the Soviet past, and an independent foreign policy. The leadership of Vladimir Putin, who personified the new political course, played an important role. The lost sense of dignity returned to Russian society. It began to acquire a new national identity.

Seemingly, all this brought Russia back into the tradition of the imperial era, when the country played an independent role, but always was a systemic “Western” player. This logic also seemed to underlie Russia’s massive support for the United States in the wake of the September 11 attacks and the pushback (along with Germany and France) against the US invasion of Iraq. Russia regained its space for foreign policy maneuvering and was no longer constrained by a universalist ideology.

However, unlike the imperial era, the West itself retained both military-political and ideological consolidation. As soon as Moscow’s foreign policy activities crossed the “red lines,” all the power of Western ideology concentrated on Russia once again. Only this time around, there is no global alternative on our side. We are forced to play the West no longer on the global field, but our own one, contrasting liberal universalism with our own nationalism. This is an extremely risky game, because the nationalism of a single country will never become global. It can succeed in beating liberalism on its own field, but this will only reduce the game to a draw and provide no guarantees against a new game at the worst time for the country at that. Russia entered a new cold war with the ambitions of the USSR, but without its power, ideology, or authority it enjoyed in its better years.

What are the alternatives? The first is to return to the status quo of the conventional pre-Munich period. The problem is that a tactical retreat here may well turn into a landslide loss of ground as it happened in the early 1990s. Especially if such a maneuver coincides with the aggravation of domestic problems.

The second alternative is an attempt to build one’s own global alternative. It is also an undesirable option given the obvious inability at this stage to back up a global ideology with an effective economy, appealing way of life or other important elements. The attempt to play on the same field with Western liberalism will lead to an even greater depletion of resources.

Finally, there is the third alternative which I would call the “stealth alternative.” By this I mean Russia gradually disappearing from the Western radars as a threat, while it accumulates resources, builds regional integration projects in Eurasia, expands its participation in international organizations and increases its role in resolving global issues. This approach implies preserving and strengthening foreign policy positions along with a qualitative change in the language of communication with the West and the outside world in general. The language and the narrative of our foreign policy will play the key role. It is time for us to quit constantly complaining about the treachery of the West, and stop dwelling on who cheated us and how in the 1990s. The West is unlikely to have any compunctions. However, such rhetoric creates a depressive impression outside the Western world. Threats must be countered, but one should not obsess over them. We need a language of opportunities that we see for ourselves in the world, and which we want to offer the world. Fortunately, Russia has something to work with in this area.

Hybrid Cooperation: A New Model for Russia-EU Relations Resilience instead of a Hybrid Motor