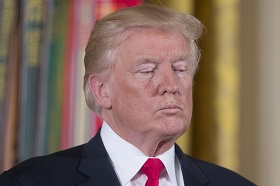 The latest anti-Russian sanctions levied by Washington are unprecedented, and their inherent destructive potential could have severe consequences that extend far beyond U.S.–Russia relations. Whatever the economic fallout for Russia and other states, the sanctions pose a fundamental question about what the Russia–Europe–United States relationship could and should look like in the context of the new global configuration that is taking shape before our very eyes.

Until very recently, people were once again prophesying the fall of Europe, a belief popular among both Western and Russian observers. To be sure, the events of recent years may indeed give the impression that the sun is about to set on the once prosperous continent. The endless flow of refugees, the seemingly endless succession of terrorist attacks in European cities, the ongoing economic crisis in Greece that has cast doubt on the stability of the European financial system, the unexpected vote of the British people in favour of leaving the European Union, the threats from Donald Trump that Europe will need to be more self-sufficient in the future, and the rising wave of populism in leading European countries have all given cause to believe that the “European Project” is experiencing a deep systemic crisis.

But, as we all know, no two crises are the same. Some countries emerge from a crisis in a weakened state, or fail to emerge from it altogether, while others regroup to successfully deal with the difficulties they faced to achieve a new and higher level of development. There are grounds to believe that Europe, albeit at a rather slow pace and not always in a consistent manner, is moving along the second path. The fact that politicians in Europe’s major capitals did not bite their tongues in connection with the announcement of the new round of sanctions by the United States and made their feelings quite clear on the matter speaks volumes. This has little to do with Russia. Rather, the arrival of the Trump administration has highlighted and intensified the differences in the basic interests of the United States and their European allies. 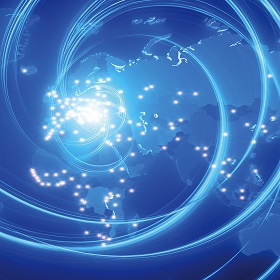 Reactions in Russia to the processes that have been taking place in Europe over the past few years have been fuelled more by emotions than pragmatism. Nowhere was this more apparent than in the response to Europe’s condemnation of Russia’s actions with regard to the Ukrainian crisis. The initial resentment turned into a blistering campaign to convince everyone that European values, and indeed everything related to Europe, is organically alien to Russia, which represents an independent civilization and should mark out its own path. Russia–Europe relations had reached an impasse, and mutually beneficial cooperation in a number of important areas was set back several years.

A “turn” to the East was proposed as an alternative to developing relations with the West. And there is little doubt that the Asia Pacific will continue to be the centre of global economic development in the coming years, perhaps even decades. Just about every country in the world has its eyes fixed on this most promising global centre. For Russia, the “turn” to the East is long overdue, considering that a significant part of the country is actually located in Asia, and that any meaningful development of Siberia and the Russian Far East requires international cooperation. But a turn to the East does not necessarily mean a complete turn away from the West. It is more likely that the opposite is true – the more active Russia’s relations with the West, the higher its competitive advantages in the East. It was Russia’s destiny to be the easternmost country of the West, and the westernmost country of the East.

I remember it well – the opposition of Russia, France and Germany as one in 2003 to the U.S. military operation in Iraq. It was not a “conspiracy” against Washington, as certain American politicians framed it, but rather an attempt to look at the world in the 21st century. The EU–Russia Summit took place in St. Petersburg that same year – the first time that the heads of Russia and every single EU country had gathered together in the same place. A number of important decisions were taken at the Summit setting out the strategy for the development of relations between the eastern and western parts of our shared continent. Much has been done within the framework of that strategy, to the benefit of both sides. Unfortunately, many of these successes have withered away.

However, as I mentioned earlier, we must draw the correct conclusions from a crisis. For various reasons, both Russia and Europe are now faced with an historical choice. Not a choice of the geographical priorities of their foreign policy, but rather a choice of the trajectory of their future development. Having survived the stresses and cataclysms of recent years, Europe needs to concentrate on implementing internal reforms aimed at strengthening and increasing the effectiveness of their far from perfect supranational mechanisms. And it is up to Europe to decide whether certain sacrifices will have to be made in order to accomplish this, or whether a system of staggered integration can be put into practice. Whatever the case may be, developing and improving multilateral institutions is the only viable way forward for Europe, as the alternative – a revival of European nationalism – will lead to an historical impasse.

Russia has a somewhat less daunting task – to determine its place in the future world order, master the new instruments of international influence, and consolidate its role as a leading player in modern world politics. 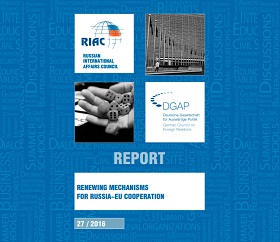 In forming a long-term strategy, Russia and Europe will need to determine the shape and scope of their bilateral relations together. If we proceed from the national interests of the two parties, then it is abundantly clear that all the necessary prerequisites for building full partner relations – historical, geographic, religious, cultural and economic – are already in place. Only time will tell the precise forms that this partnership might take.

Unfortunately, Russia–Europe relations have faltered in recent years, meaning that the initiatives previously put forward on the development of a single humanitarian and economic space from Vladivostok to Lisbon – not to mention the formation of a common security space in Atlantic Europe – are no longer realistic. These initiatives can be revisited in the future if relations take a pronounced upswing. In the meantime, it would seem wise to adopt a concept that worked relatively well during the Cold War, namely, COEXISTENCE. Coexistence is particularly relevant when it comes to joint efforts to increase stability, prevent an arms race, strengthen confidence-building measures, etc. If we cannot learn to coexist, we will be unable to cope with new security threats, from terrorism to cyber threats. And this is where opportunities for higher forms of partnership will present themselves: the formation of single spaces, the development of common regimes, etc. We cannot afford to let these opportunities slip through our fingers.

There was a time when slogans were bandied around about building a common European home. In the era of globalization, these are no longer slogans, but a grim reality. And it is only by working together that Russia and Europe will be able build this house.