USA vs. JCPOA: How Can Russia and China Respond?

The current situation gives rise to uncertainty about the further development of the situation, including the supply of weapons to Iran. In theory, any state can sell such supplies. In practice, there will be few people or companies willing to sell weapons to Iran due to fears of secondary US sanctions. An exception can be made by two countries: China and Russia.

A new round of escalation of US sanctions pressure on Iran is taking place in connection with Tehran’s “violation” of the Joint Comprehensive Plan of Action (hereinafter referred to as the JCPOA or “nuclear deal”). It is connected with the expiration of the embargo on the supply of conventional weapons to Iran, provided for by UN Security Council Resolution 2231 (2015). On September 21, 2020, US President Donald Trump signed an executive order (“Blocking property of certain persons with respect to the conventional arms activities of Iran”) imposing sanctions on any individual or legal entity engaged in the supply, sale or transfer of conventional weapons and their components to Tehran. The document allows the United States to impose sanctions on any state involved in the arms trade with Iran. The US approach is not shared by other participants in the JCPOA, in particular, Russia and China, which regard the Iranian arms market as rather promising. 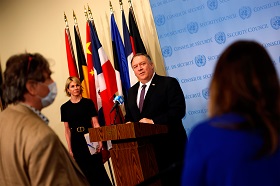 Dmitriy Kiku, Ivan Timofeev:
US Left Isolated, Iran Nuclear Deal Under Threat: What Will Crisis Over Iran in UN Security Council Lead to?

The expiration of a five-year embargo on the supply of conventional arms to Iran was a significant reason for a new attack on the JCPOA. Iran will get the opportunity to fully enter the global arms market. Even despite serious economic difficulties due to US sanctions, Tehran is likely to be ready to concentrate resources on filling serious gaps in the material support of its armed forces. First of all, this includes the purchase of modern air defence systems, as well as updating the outdated air force fleet. The emergence of modern weapons reduces the possibility of military or political pressure on the country and increases the cost of a possible military operation against Iran. This directly contradicts the objectives of American diplomacy, which has sought to neutralise Iran as much as possible as a threat to the United States and its allies in the region. Washington regards Iran as an authoritarian theocracy that sponsors terrorist groups and conducts systemic hostile activities against the United States.

To stop the operation of the JCPOA, American diplomats tried to use paragraphs 11-12 of Resolution 2231. According to these paragraphs, any member state of the JCPOA could raise the issue of a significant default on the obligations of the “deal”. In this case, the UN Security Council must put to a vote a proposed resolution on the continuation of the sanctions regime. The restrictions are renewed in the event that the UN Security Council does not adopt such a resolution within 30 days. Technically, the US could have raised such a question and then vetoed the resolution to extend the JCPOA. The corresponding notification from the United States was received on August 20 of this year. Based on the absence of a new resolution, the United States considered that all the sanctions provided for by previous resolutions are renewed. This means that the extension of the arms embargo is also legitimate. The full resumption of UN sanctions against Iran was pompously announced by the US State Department, and the US President promptly issued Executive Order 13949, which provides for sanctions against arms deals with Iran. The president received the authority to impose such sanctions back in 2017 in accordance with Art. 107 of the Countering America’s Adversaries Through Sanctions Act (PL 115-44 CAATSA), although he could have introduced them without Congressional approval.

The problem is that no other party to the JCPOA has recognised the cancellation of the agreement. There are legal grounds for this. 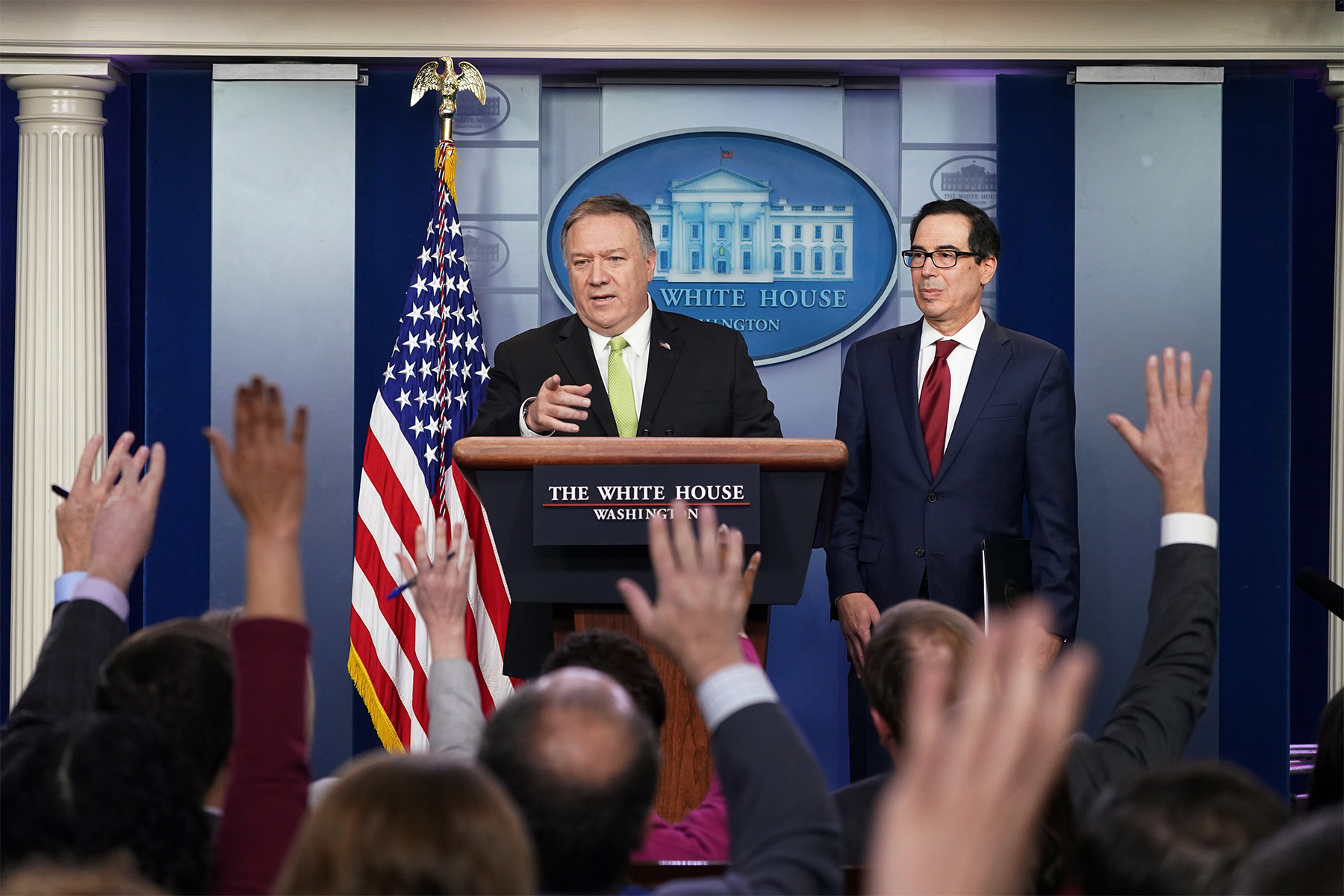 In 2018, President Donald Trump decided to withdraw from the JCPOA. This move was confirmed by the President’s National Security Memorandum of May 8, 2018, as well as by Executive Order 13846 of August 6, 2018, which renewed unilateral US sanctions against Iran. Yes, the United States is a permanent member of the UN Security Council. But Clause 11 of UN Resolution 2231 says that the issue of non-compliance with the JCPOA can be raised by its participant. Since the US withdrew from the “deal”, it cannot raise the issue of compliance with the JCPOA. This means that the US notification of August 20, as well as the subsequent announcement of the renewal of UN sanctions, has no effect. Technically, a notice of non-compliance could have been sent by another party to the deal, and then the US could veto the resolution. But this did not happen, since none of the permanent members of the UN Security Council supported Washington’s unilateral actions.

The current situation gives rise to uncertainty about the further development of the situation, including the supply of weapons to Iran. In theory, any state can sell such supplies. In practice, there will be few people or companies willing to sell weapons to Iran due to fears of secondary US sanctions. An exception can be made by two countries: China and Russia. China may raise the issue of military deals with Iran, given the growing pressure from Washington on Beijing. The very fact of raising such a question, which is quite legitimate from the point of view of international law, will be an argument in the hands of China to contain the pressure of the United States. However, China will be more prudent because the Americans have already used sanctions against Chinese companies, arguing along the Iranian line. Its attacks against ZTE and Huawei at one time began precisely for the alleged violation of US sanctions against Iran. The same applies to the sanctions against the Chinese sea carrier COSCO Shipping Tanker and a number of other companies.

Russia can come up with a more active policy. Relations between Moscow and Washington have been rock bottom for a long time. In the doctrinal documents of the United States, Russia, China and Iran are placed on the same level: as authoritarian and aggressive countries. There are very large-scale sanctions against Russia. Rosoboronexport and a number of defence industry enterprises have already been blocked by the US Treasury under the Syrian or Ukrainian packages of sanctions. That is, Executive Order 13949 is simply not a threat to them. Of course, the United States can respond to arms supplies to Iran with separate countermeasures. For example, to make more active use of the CAATSA provisions on secondary sanctions against buyers of Russian arms. Sanctions can be imposed against a wide range of counterparties of domestic arms manufacturers both in Russia and abroad. But the appearance in the hands of Iran of C-300 weapons systems, Su-30 fighters or other systems is also a serious argument. In an atmosphere of confrontation, its expediency may outweigh the considerations of those who are in favour of detente, minimising damage and preserving the remnants of the partnership. The worst scenario for the United States is the consolidated actions of Moscow and Beijing on military-technical cooperation with Iran on the basis of Resolution 2231. 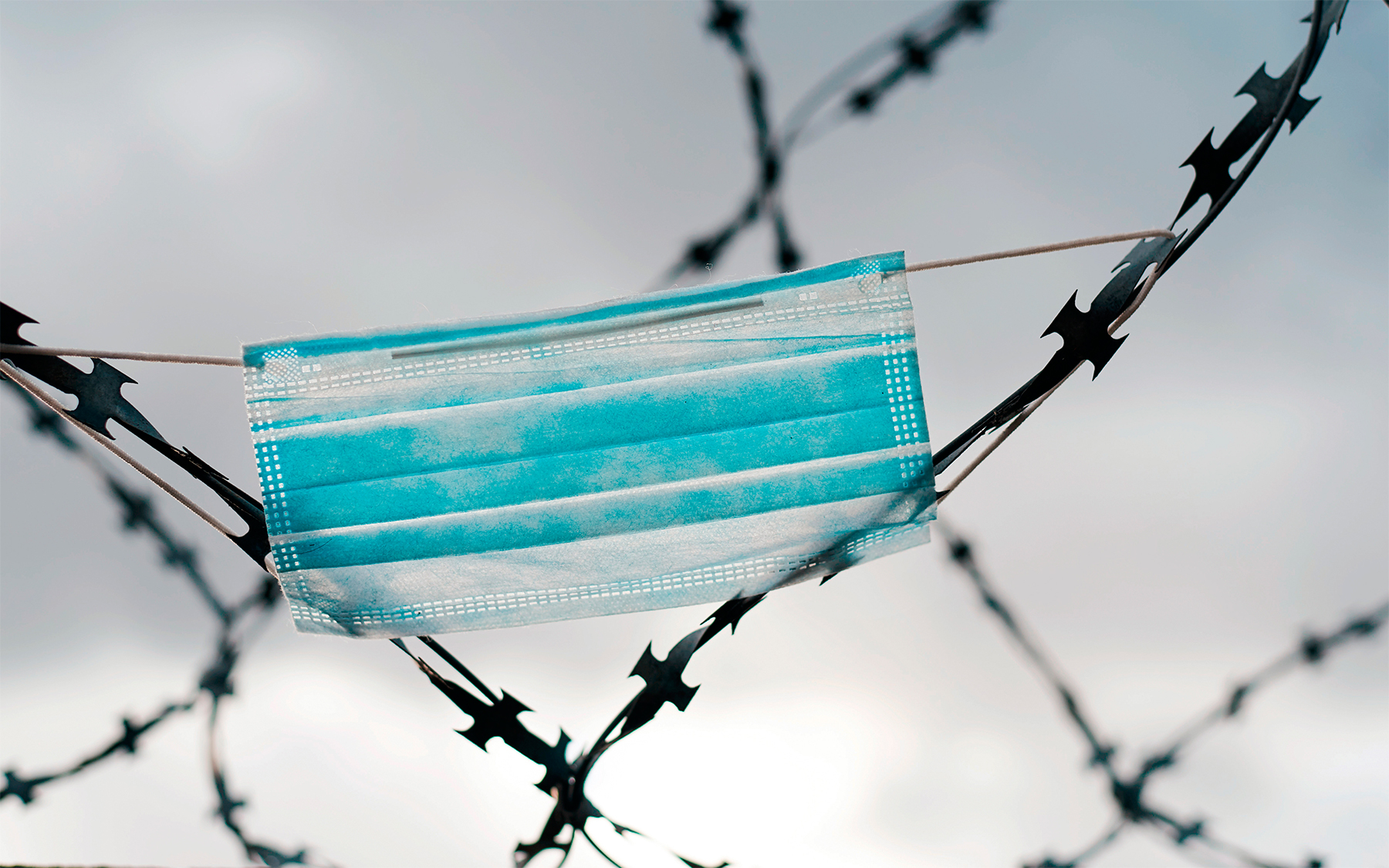 Among other things, Russia and China may raise the issue of unilateral sanctions against the United States for violating international law. On September 19, 2020, a separate legal mechanism for imposing sanctions appeared in China. It is focused on protecting the national interests and sovereignty of the PRC and was created, apparently, in response to the growing number of US sanctions against China. However, it is possible that it can be used on other issues, including international agreements in which the PRC participates.

In Russia, the Federal Law of 30.12.2006 No. 281-FZ (as amended by the Federal Law of 01.05.2019 No. 83-FZ) “On Special Economic Measures and Compulsory Measures” is in force. According to article 2. of the law, special economic measures (in fact, unilateral sanctions) can be applied “in cases of a combination of circumstances that require an immediate response to an international legal act ...” In addition, the Federal Law of 04.06.2018 No. 127-FZ “On measures of influence (counteraction) to unfriendly actions of the United States of America and other foreign states” is in force. Violation of the JCPOA may be included among such actions. The decision to apply special economic measures is within the purview of the President of Russia: the existing legislation gives him such powers. Russian sanctions could serve as a political signal that Russia opposes the destruction of international agreements endorsed by the UN Security Council.

Time is working for Washington. Iran also has trump cards

Are We in for Epidemics of Sanctions?

US Left Isolated, Iran Nuclear Deal Under Threat: What Will Crisis Over Iran in UN Security Council Lead to?