US Sanctions Against Iran: New Escalation

Escalation of the US-Iranian conflict in early January 2020 led to yet another wave of American sanctions against Iran. Washington avoided a military response to Iran’s ballistic missile attacks on US military facilities in Iraq. Tehran positioned these attacks as a reply to the murder of General Qassem Soleimani. Tension seriously exacerbated. However, eventually the Americans decided against using force but instead increased pressure on Iran with more sanctions.

Escalation of the US-Iranian conflict in early January 2020 led to yet another wave of American sanctions against Iran. Washington avoided a military response to Iran’s ballistic missile attacks on US military facilities in Iraq. Tehran positioned these attacks as a reply to the murder of General Qassem Soleimani. Tension seriously exacerbated. However, eventually the Americans decided against using force but instead increased pressure on Iran with more sanctions. 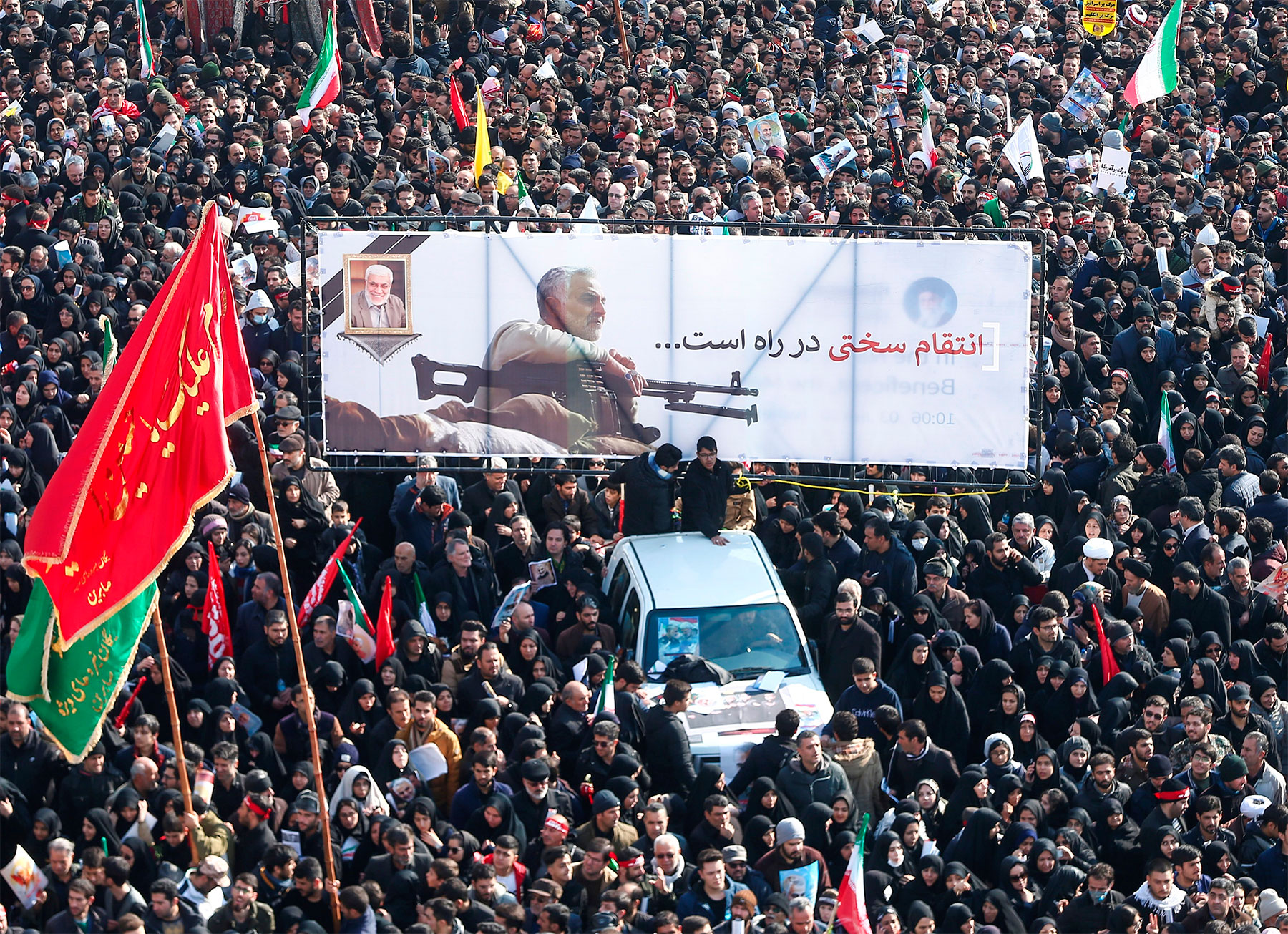 Andrey Kortunov:
Soleimani’s Assassination Is More than a Crime

On January 10, the US Department of the Treasury included 20 companies on the SDN list – those which form the backbone of Iran’s steelmaking industry. These are companies producing steel, aluminum and copper as well as their foreign partners. Executive Order 13871, signed by the US President on May 9, 2019 was used as a formal excuse. This order allowed the relevant US departments (the US Department of the Treasury and the Department of State) to block the companies involved in this production. The order also gave them an opportunity to impose sanctions on foreign financial institutions dealing with Iran’s producers of steel, aluminum and copper. These sanctions are dealing a heavy blow on Iran because its companies are largely deprived of an opportunity to deal with foreign partners for fear of US sanctions against banks. They are simply being ousted from the international financial system.

Indicatively, this order was introduced against Iran in response to its partial cancellation of commitments under the Joint Comprehensive Plan of Action (JCPOA). Tehran adopted a course towards gradual curtailment of the JCPOA after Washington unilaterally walked out from the deal in May 2018 and fully restored its sanctions against Iran, which were valid before 2015. However, up until recently, Executive Order 13871 remained on the periphery of the measures against Iran. On January 10, 2020, the US Department of the Treasury used it in full.

At first sight, the companies that were put on the SDN list are not critical for Iran’s economy and exports. At any rate, they do not compare to its oil and gas sector. Moreover, judging by everything their products are in demand on the domestic market. However, the United States has already imposed sanctions on Iran’s oil sector. Iran’s steelmaking sector and its production of mineral resources could become a major factor in diversifying Iran’s exports and the economy as a whole. This is a capacious sector in terms of technology and also jobs. The US sanctions will reduce export opportunities in this sphere. They will also put obstacles in the way of cooperation with foreign companies with a view to modernizing the industry. 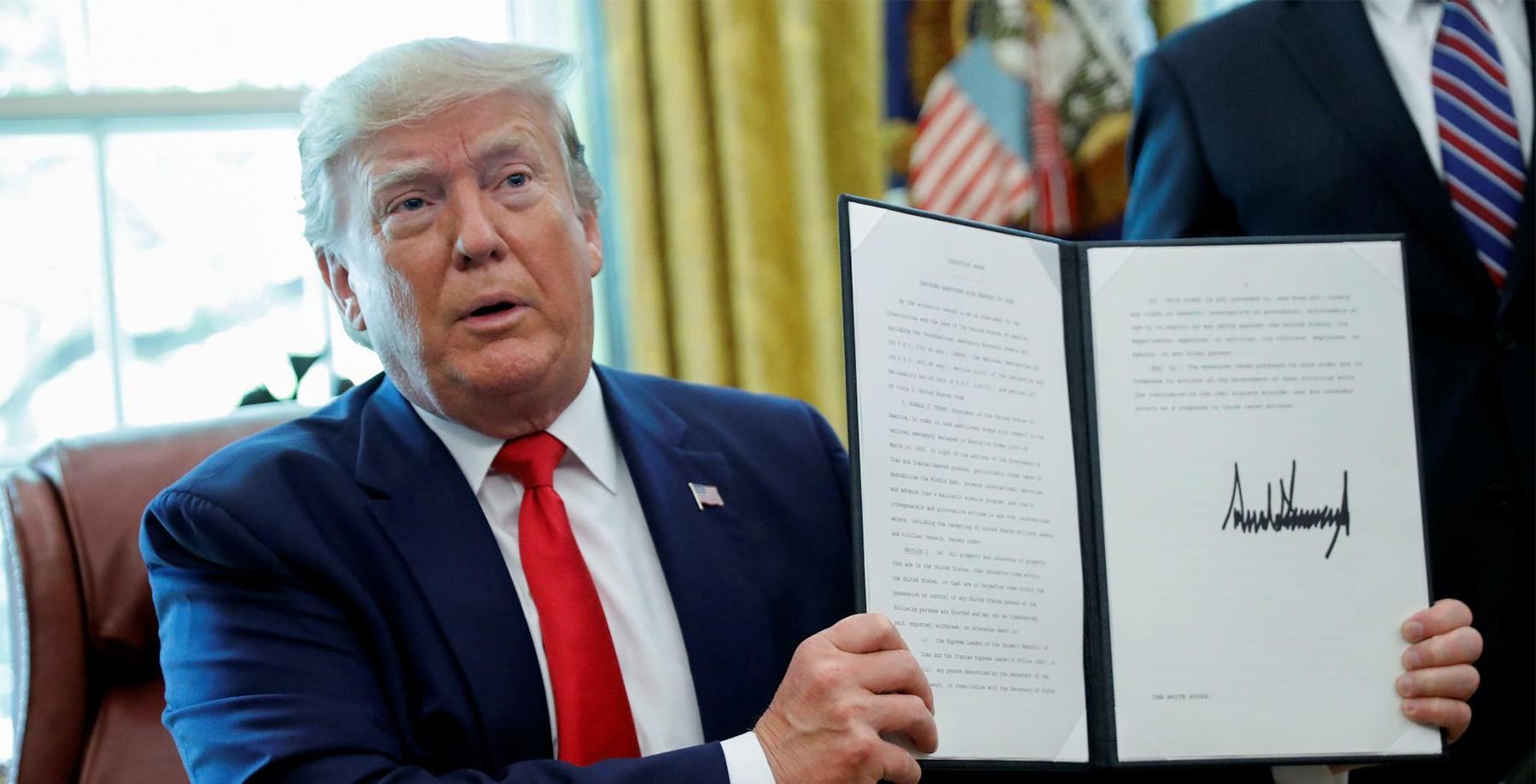 Ivan Timofeev:
US Withdrawal From the JCPOA and Anti-Iranian Sanctions: Pros and Cons

These restrictions are piling up on major sanctions resumed by Washington after its withdrawal from the JCPOA. They are regulated by Executive Order 13846 dated August 6, 2018. These sanctions target the oil, car manufacturing, financial, shipbuilding, maritime and port sectors. In other words, they are aimed against exports of oil and oil products and the relevant financial and transport infrastructure. These exports are Iran’s top priority. As the afore-mentioned executive orders, this order also provides for sanctions against foreign banks dealing with blacklisted Iranian companies. What was already a bad situation has become even worse for Iran because the United States cancelled exemptions from oil sanctions for eight countries. In addition to this, it imposed sanctions on foreign banks dealing with the Iranian rial. In effect, this executive order resumed the action or relied on several laws that were adopted before the United States signed the JCPOA but were temporarily suspended. This applies to ISA, CISADA, TRA, IFCA and many executive orders by previous US presidents.

Parallel to this, Washington increased pressure on China that is Iran’s major trade partner. Even before the incidents in January 2020, the United States made it abundantly clear to China that it will not tolerate any violation of its sanctions. Thus, in 2019 Washington put on its SDN list China’s large company — COSCO-Shipping Tanker. The high-profile Huawei scandal is linked with suspected supplies of telecommunications equipment that contains US components. The same applies to the ZTE case.

The logic of yet another toughening of sanctions is simple. Restrictions are designed to aggravate Iran’s economic situation that has already deteriorated much after the US resumed sanctions and major foreign companies left Iran for fear of secondary sanctions. American officials are openly supporting public protests in Iran. A scenario of a spontaneous change of power and Iran’s subsequent “democratization” is optimal for Washington. It does not require dangerous military campaigns if a “democratic” revolution is a success.

However, this plan has a number of problems. First of all, the lowering of living standards due to the sanctions will not necessarily lead to a revolution. If the state resorts to “soft punitive measures” against pinpoint targets it may preserve its power. Second, mass-scale protests are nothing new for Iran. The Americans find it convenient to see them in the context of people-fighting-the-regime formula but this simplistic perception may be divorced from reality. The Iranian society is fairly sophisticated and its contradictions are much more complicated and diverse. They do not fit into the usual pattern of demand for democratization and are not limited to it. There is no obvious connection between discontent with the government and a desire to overthrow it with a revolution, all the more so with US support. Third, sanctions may legitimize the government’s unpopular measures although they are not new either and the people are tired of permanent outside pressure.

A package of US sanctions is not endless either. In all probability, each new round of sanctions is weaker than the previous one. However, time is working for Washington. The Americans believe that sanctions are becoming more effective because of the damage accumulated by the Iranian economy. That said, Iran also has trump cards. It may resume its nuclear program even despite a threat of a military strike. Or it may persuade other major players to subvert US sanctions. The first scenario is extremely risky and the second one does not guarantee success. Instead of turning into Black Knights, these players may simply watch the developments. However, this scenario cannot be discarded altogether. US actions are largely unilateral and their legitimacy is increasingly questionable. At the same time, third countries are becoming more and more irritated with secondary sanctions.

Rate this article
Share this article
FOLLOW THE LATEST DEVELOPMENTS
Related materials
US Withdrawal From the JCPOA and Anti-Iranian Sanctions: Pros and Cons

The new sanctions war against Iran has been unleashed, and there is no way of stopping it

Soleimani’s Assassination Is More than a Crime

A trumpet of Armageddon or a wakeup call?