Ukrainian Crisis. Who Has the Upper Hand?

The military operation in Ukraine raises the question of the balance of losses and gains of key participants, as well as global players. Such a balance has yet to be struck for Russia and Ukraine. The contours of the balance for global and regional players—the EU, the US, China, Japan, Iran and others are more clearly visible.

The military operation in Ukraine raises the question of the balance of losses and gains of key participants, as well as global players. Such a balance has yet to be struck for Russia and Ukraine. Hostilities continue and a political settlement has not been reached, which means that it is still difficult to say to what extent each of the parties will be able to achieve the political goals for which a huge price has already been paid, both in human lives and in terms of enormous damage to the economy. The contours of the balance for global and regional players—the EU, the US, China, Japan, Iran and others are more clearly visible.

The European Union bears the most serious losses and costs. They are associated with the rupture of numerous trade and economic ties with Russia. The main challenge is the replacement of Russian oil, gas, metals and a number of other commodities on the European market. This process will require a serious concentration of resources and political will. In the next few years, it will affect the economic growth of the EU and the competitiveness of European industry. At the same time, the displacement of Russian raw materials, painful in itself, is a feasible task. For oil, this process can go faster, for gas, slower. Within the EU, there will be differences between the member states, as dependence on Russian raw materials is heterogeneous. However, the replacement of Russian goods in most areas, apparently, can be carried out over the course of several years. Regardless of how the Ukrainian crisis develops and what Russia’s foreign policy is, ousting the latter from EU trade will be a rather long-term process. 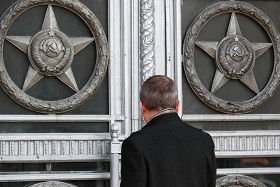 Andrey Kortunov:
The end of diplomacy? Seven Glimpses of the New Normal

The EU today also bears the heaviest burden of dealing with Ukrainian refugees. The calculation is still difficult given the rapidly changing situation, but it is already clear that the number is in the millions. The EU countries are faced with the task of receiving, providing for, adapting, and possibly integrating migrants. Social spending in many countries of the Union will increase. However, here the European Union turns out to be a beneficiary in the medium term. The EU countries, especially Germany, have accumulated vast experience in working with migrant labour. Ukrainian migrants are culturally close to most, if not all, EU countries, in contrast to previous waves of migration from Islamic countries. They are more educated. They are less inclined to form closed diasporas, and they adapt and integrate more quickly. The EU economy is getting a rich demographic injection.

Most EU countries will actively increase defence spending. Such growth will not necessarily be proportional to the political subjectivity of the European Union. The EU remains a junior partner of NATO. However, the military-political role of individual member countries will grow significantly. Here again, Germany should be noted, as it has a high potential for increasing defence spending, modernising the army and developing its defence industry. The highly developed military-industrial complex of the EU countries receives a long-term gain.

You can also talk about how the European project itself wins, so to speak. In the face of Russia, it now receives a powerful consolidating factor that enhances internal discipline, nourishes identity and holds together the Eastern European flank.

The United States, at first glance, incurs significantly lower costs than the EU, although the rejection of Russian oil may lead to local difficulties and an increase in fuel prices. The main problems for Washington lie in other areas. The sharp escalation of confrontation with Russia is again diverting resources from the Asia-Pacific theatre. The United States will have to increase its military presence in Europe, which means that the concentration of resources on containing China is now declining. The United States is also anxious about the prospect of the Ukrainian crisis escalating into a war between NATO and Russia. This at the very least is fraught with the danger of nuclear escalation. Washington will have to simultaneously contain Moscow, but at the same time act within certain boundaries, fearing an escalation from now on. Controlling the intensity of the conflict and preventing it from escalating uncontrollably seems to be a key priority.

In other areas, the US is more likely to win.

The new quality of confrontation with Moscow makes it possible to significantly increase NATO’s internal discipline and achieve a more significant contribution of European countries to common security. Neither Trump, nor Obama, nor G. W. Bush could complete such a task before. Now it has been solved without a great amount of debate. Moreover, the further expansion of NATO is possible.

While membership in the organisation of neutral Sweden and Finland is not predetermined, the number of supporters of such a move within both countries has grown significantly. The possible accession of Finland to NATO will mean the projection of power on the entire Russian North-West border.

The need to divert resources to Europe, in theory, can also be used by the United States to its advantage. Washington and its allies have received carte blanche to deliver an unprecedentedly powerful blow to Russia’s economic and technological potential. There is no doubt that Russia will remain the most important military challenge for the US and the West. However, the economic base of the military potential is likely to be undermined by the prospect of further concentration on Asia. 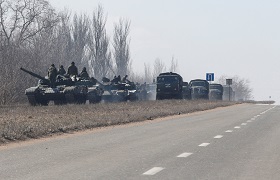 The US energy sector wins. In the near future, it will receive a significant part of the European market. In addition, it will now be more convenient for the Americans to oust Russia from the world arms markets. China and India will remain major buyers, but competition for other markets will be more difficult for Moscow due to stronger US opposition.

The United States has accumulated a set of internal problems. The Russian factor once again makes it possible to at least partially consolidate Congress and society. However, the impact of the crisis on the 2024 elections is still highly uncertain.

China gets a lot of room for manoeuvre. Unlike the EU and the US, current costs for China will be minimal. Military and political pressure from Washington is declining. Given the large-scale anti-Russian sanctions, China can claim a significant part of the vacating Russian market. Russian energy resources will now be more accessible to China, and their price is likely to be much lower than before. However, there may be difficulties in the infrastructure plan for their delivery to the Chinese market. China is also becoming Russia’s most important financial partner, and such a partnership will asymmetrically favour China. Beijing is further strengthening stability on its northern and north-eastern borders.

Russia’s partnership with China is becoming uncontested. China has new opportunities for influence in Central Asia.

Based on the experience of sanctions against Russia, China will do significant work to improve its own economic security in the event of similar complications with the West. At the same time, the ongoing processes are still unlikely to lead to the emergence of a full-fledged Russian-Chinese military-political union. By all appearances, China will keep its distance and free hand.

For Japan, the balance of gains and losses in the short term is rather negative. The prospect of a peace treaty with Russia is becoming extremely vague. Even before the new phase of confrontation, it was clear that the negotiations had reached an impasse. There was not even a hint of any advancement, but the very theoretical possibility of such advancement remained. Since 2014, Tokyo has pursued a balanced and pragmatic policy, imposing symbolic sanctions, but maintaining the Russian market and constructive relations with the Russian leadership. After February 24, 2022, this concept gave way to solidarity with the actions of the US and the EU. Japan will suffer losses due to the loss of the Russian market and the replacement of Russian raw materials. However, they are not critical for Tokyo. The most important thing is that the aggravation of relations with Russia, as in the case with Germany, will become a significant incentive for the final revision of the post-war paradigm of the use of the armed forces. Japan will more confidently follow the path of regaining the status of a full-fledged military-political power. The solution to the problem of the “northern territories” will also increasingly be considered in a military manner.

India is the least affected by the current crisis. Delhi maintains a dialogue with Moscow and will resist attempts by third countries to influence military-technical cooperation. However, the position of lobbyists for Western arms manufacturers in the country may be strengthened. The rise of China against the background of the crisis is a problem for India. However, the changes can hardly be called fundamental. 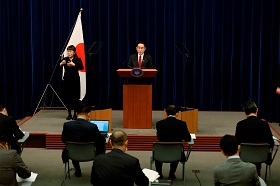 Andrey Gubin:
A New Rashomon: How Tokyo’s Policy Will Shape Security in the Asia-Pacific

The beneficiaries of the new phase of the Ukrainian crisis will also include a number of countries that are currently under heavy US sanctions. First and foremost, these include Venezuela and Iran. Washington may very well pursue at least a partial reduction in sanctions pressure in order to compensate for losses in the market resulting from the ban on Russian oil imports. With regard to Venezuela, the easing of sanctions is politically easier, compared to Iran. Ultimately, only the internal structure of the country is problematic, and the United States can temporarily turn a blind eye. Venezuelan heavy oil may well replace Russian oil in the US market. The Maduro government in this case will receive some respite and a breath of fresh air in the form of foreign exchange earnings.

With Iran, the situation is more complicated, since there we are talking about a military nuclear programme and a new version of the Joint Comprehensive Plan of Action (JCPOA), that is, a multilateral process, of which Russia is also a participant. At the same time, technically, the United States may well allow Iranian oil into the world market without a new JCPOA. As an option, the Biden administration has the ability to allow a number of countries in Europe and Asia to purchase Iranian oil reinstating the exemptions Trump cancelled. The problem for the US will be that Iran will also get a breather and strengthen its negotiating position. In the future, this will cause pressure from the Republicans, who are opposed to deals with Tehran. However, amid Russian opposition, these differences may fade into the background. In any case, Iran has a chance to take advantage of the situation. Such a development of events precludes the formation of a coalition among countries under sanctions, which theoretically could include China, Russia, Iran and Venezuela. China will cooperate with all three, but not to the detriment of relations with the West.

All in all, the new stage of the Ukrainian crisis will have global consequences. For some, it will bring short and medium-term costs, and very significant ones. For many, however, it will create opportunities to increase their influence over the long term.

Rate this article
Share this article
FOLLOW THE LATEST DEVELOPMENTS
Related materials
The End of Diplomacy? Seven Glimpses of the New Normal

Numerous visits of Western leaders to Moscow on the eve of the crisis are among the foreign policy failures, and the Russian side failed to persuade anything, with political and diplomatic compromise considered unattainable

A New Rashomon: How Tokyo’s Policy Will Shape Security in the Asia-Pacific