Development of new technologies and weaponization of those is a feature of human history. Today we face new threats, but new weapons can have both stabilizing and destabilizing effects. Hypersonic missiles is one of the most popular topics, but the quality of the debate can and must be improved.

Development of new technologies and weaponization of those is a feature of human history. Today we face new threats, but new weapons can have both stabilizing and destabilizing effects. Hypersonic missiles is one of the most popular topics, but the quality of the debate can and must be improved.

Over the last few years, there has been quite an effort to educate the public about the hypersonic weapons. Some of the work worth mentioning had been carried out by the UN Office for Disarmament Affairs and the United Nations Institute for Disarmament Research: a study “Hypersonic Weapons: A Challenge and Opportunity for Strategic Arms Control” [1] and a report on a UNIDIR-UNODA Turn-based Exercise “The Implications of Hypersonic Weapons for International Stability and Arms Control” [2]. One more important report was produced by the RAND Corporation, with a focus on proliferation challenges [3].

Nevertheless, it is useful to remember what exactly are we talking about. There are two major defining characteristics are prerequisite to label a weapon “hypersonic”:

A combination of these two qualities, as well as, reportedly, high precision on the one hand, and payload ambiguity (whether the hypersonic weapon carries nuclear or conventional warhead), as well as target ambiguity for the long-range weapons (it might be complicated to understand where are they aimed) on the other leads to a number of challenges for national and global security. However, the greatest danger for both global and national security is the misperception of adversary goals and overreaction, both in terms of policies and military countermeasures.

As of today, operational or maturing hypersonic weapons are, basically, hypersonic glide vehicles of different design – essentially a very ‘fancy’, sophisticated maneuverable reentry vehicles, launched by ballistic missiles, but travelling a significant part of their path through the atmosphere. It is crucial to remember that hypersonic glide vehicles are actually much slower than ‘traditional’ ballistic missile reentry vehicles, at least at the terminal phase.

A sub-type, or even another type of hypersonic weapons is a derivative from aeroballistic missiles well-known long ago, but more sophisticated in terms of maneuvering capabilities.

One more technology with a long history of research and development is the hypersonic scramjets employing air-breathing propulsion, but, as of early 2020, there are no known successfully weaponized research and development projects. This technology is the most sophisticated one, with main challenges related to fuels and materials required for propulsion at hypersonic speeds.

Who are the players?

Currently the most active and diverse hypersonic weapons related programs are ongoing in Russia, China and the United States. These three countries are pursuing the whole range of technologies and capabilities with tactical and strategic missions, have the best expertise, testing facilities and domestic production for most components. France, India, Japan and United Kingdom launched some programs as well. There are some interesting joint projects as well: US-Australian HiFiRE program addressing all types of hypersonic flight technologies for both military and civilian use, or Russian-Indian BrahMos-II hypersonic cruise missile building on the success of the original supersonic BrahMos.

As of early 2020 Russia has fielded two hypersonic weapons: 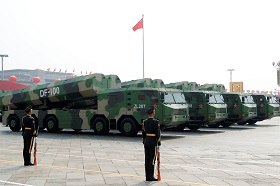 Richard Weitz:
Even If New START Is Extended, Strategic Arms Control Will Die Unless China Is Involved in New Treaties

Quite a lot have been said about a third system: “Tsirkon” sea- and ground-launched hypersonic missile. It might be declared operational in a few years.

As we are obviously entering the ‘hypersonic era’, being early adopter of such weapons will help Russian military and industry to better understand operational challenges, find advantages in developing concepts and doctrines, address the bugs and issues.

In China, there is one intermediate-range system, DF-17, the mock-ups of which were shown during the parade last October, but its operational status remains unknown, as well as its intended payload. There were some tests, and this weapon probably might be declared operational over this or next year. Another interesting weapon to follow is the CH-AS-X-13 air-launched ballistic missile, that is, reportedly, based on DF-21D intermediate-range ballistic missile with maneuverable reentry vehicle 6 . It might be capable of flight patterns similar to the Russian “Kinzhal”, thus the “hypersonic weapon” label can be applied as well.

The United States had extensive hypersonic weapon projects in early 2010s, namely Advanced Hypersonic Weapon and Hypersonic Test Vehicle, developed within Conventional Prompt Global Strike program. A hypersonic flight vehicle intended to become a cruise missile was under development as well – the X-51A Waverider. These projects were a mixed success, but after 2018 a whole series of new programs had been launched: Air-Launched Rapid Response Weapon, Common Glide Vehicle (for all services and basing modes), Hypersonic Air-Breathing Weapon Concept, Tactical Boost-Glide, Operational Fires and others 7 . Starting in 2020, some of those might start actual flight tests. It is important to emphasize, that for Russia, the main declared mission for hypersonic weapons is nuclear payload delivery, while the US focuses on conventional strike capabilities. Thus, the precision requirements for the US programs might be significantly higher.

Other countries lag behind, but there is a chance that over this decade more and more operators will receive hypersonic weapons of their own design, or find ways to acquire such weapons from foreign sources. In military terms, such capability is not revolutionary, but it can provide some advantage, especially against heavily protected adversary targets. From the political point of view, thanks to the hype around the technology, it rapidly becomes a symbol of status – “all big boys have it”.

First things first: it does not look like any country might pursue limits or reductions in their hypersonic weapons arsenals. It is quite the opposite – many states looking to obtain such weapons, increase their numbers, types and improve characteristics. 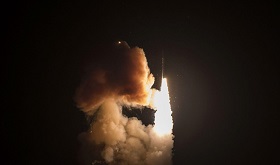 There are currently no hypersonic weapons-specific arms control framework. Nevertheless, Russia decided that “Avangard” can and must be declared as an existing ICBM type with new payload under the Russia-US New START Treaty provisions, arranged an exhibition for the US inspectors and now all related procedures are applicable [8].

The Missile Technology Control Regime covers quite a number of different components that can be used for hypersonic weapons development and production, such as heat-resistant materials, fuels, guidance systems, and others.

Hypersonic weapons will almost certainly complicate global disarmament and non-proliferation. The countries that are ahead in this development do not want limits on their progress, others want to catch up, and all of them will hardly agree to disclose actual specifications and capabilities of these new weapons.

Still, the role of hypersonic weapons might be positive from the perspective of nuclear reductions. Traditionally, several warheads are assigned for every possible target in case of massive nuclear strike. If the hypersonic weapons technology will mature and, for example, Russia becomes confident in the reliability of hypersonic gliders and their relative superiority to more ‘traditional’ means of nuclear delivery, less nuclear delivery vehicles would be required for strikes against targets, and as the number of such targets is unlikely to increase, the overall number of nuclear warheads in the arsenal could be reduced [9].

No one among the main powers would agree to a situation when their peers have such weapons in their exclusive possession. Therefore, there will be tensions, and there will be development and deployment of more and more capable systems, although the scale of such arms race would be limited. These weapons are very expensive, and mass production would not necessarily make them much cheaper. The number of targets valuable enough can not be indefinite as well.

Another domain where “race” dynamics might unravel is the defenses. There are ongoing programs to address hypersonic weapons-related threats, and the traditional game of sword-and-shield will get another field of play. 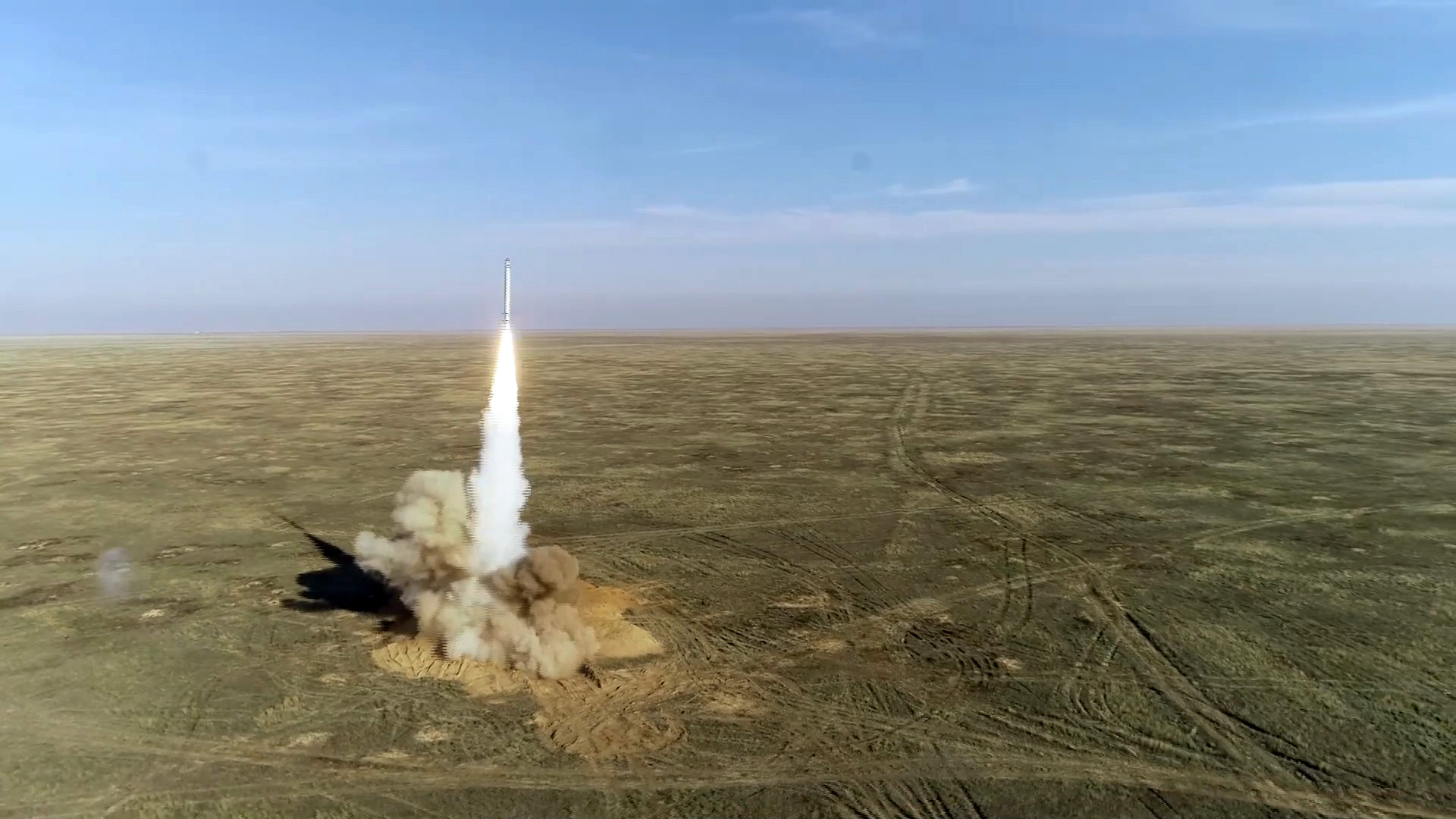 If the horizontal and vertical proliferation of hypersonic weapon technology becomes a reality, it will augment the existing challenges related to the proliferation of ‘traditional’ ballistic and cruise missiles, giving actors even greater long-range precision strike capabilities. In addition, it will instigate investments in missile defenses by all countries that might feel themselves threatened, and, occasionally, overlapping zones of defensive and offensive capabilities in different regions of the world will appear. Of course, those will have significant ‘holes’, but the most important result is that the indissoluble connection between offensive and defensive systems long understood by Russia and the US on the strategic level will become a regional reality as well.

To prevent the hypersonic weapons from disrupting the international security further, the countries that have these weapons or concerned because of those can take several measures.

Despite claims of the contrary, hypersonic weapons will not change the nature of military-political relations globally – those are just another page in the military technology development. The world is a dangerous place, with or without hypersonic weapons, and the only way to make it safer is to look for joint solutions.

First published in the WeltTrends.

1. “Hypersonic Weapons: A Challenge and Opportunity for Strategic Arms Control, A Study Prepared on the Recommendation of the Secretary-General’s Advisory Board on Disarmament Matters”, John Borrie, Amy Dowler, Pavel Podvig, February 2019, https://www.un.org/disarmament/publications/more/hypersonic-weapons-a-challenge-and-opportunity-for-strategic-arms-control/

2. UNIDIR, “The Implications of Hypersonic Weapons for International Stability and Arms Control: Report on a UNIDIR-UNODA Turn-based Exercise”, October 2019, https://www.unidir.org/publication/implications-hypersonic-weapons-international-stability-and-arms-control-report-unidir

4. “Its tests have been successfully completed, and, moreover, on December 1 of last year, these systems began their trial service at the airfields of the Southern Military District.” V.Putin, Presidential Address to the Federal Assembly, March 1, 2018, http://en.kremlin.ru/events/president/news/56957

9. "Sergei Ivanov, former Defense Minister and current permanent member of the Security Council of the Russian Federation, after the successful "Avangard" test in December 2018 said the following: "...now we do not need as many classic warheads, old compared to "Avangard", because "Avangard" is much more effective". TASS, December 27, 2018, https://tass.ru/armiya-i-opk/5959675"

The Countdown for New START

What will we lose on February 6, 2021, if the United States does not try to meet Russia halfway?