The West’s response to Russia’s actions in Ukraine has been to sanction and attempt to isolate Russia. The NATO-Russia Council, despite being a forum for consultation and airing grievances, was suspended, and Russia has been de facto expelled from the G8. Despite this, Russia continues to show its influence on critical international issues, with Syria being just the most recent example. After over two years of talking about the threat Russia poses and how the West can mitigate it, it is worthwhile to remind ourselves why the West, and in particular Europe, needs Russia.

The West’s response to Russia’s actions in Ukraine has been to sanction and attempt to isolate Russia. The NATO-Russia Council, despite being a forum for consultation and airing grievances, was suspended, and Russia has been de facto expelled from the G8. Despite this, Russia continues to show its influence on critical international issues, with Syria being just the most recent example. After over two years of talking about the threat Russia poses and how the West can mitigate it, it is worthwhile to remind ourselves why the West, and in particular Europe, needs Russia.

First, in terms of international peace and security, Russia holds a permanent seat on the UN Security Council. The veto this provides has already been used to block Western action in a number of situations, most notably in Syria, with profound if indirect effects on European order and solidarity.

Second, Russia is an important global energy provider. Russia holds 6.87% of the world’s proven oil reserves and 17.4% of its proven gas reserves, and is the fourth largest carbon emitter. It is the world’s largest exporter of natural gas, and the second largest producer of oil. All this makes Russia vital for the world’s energy security, and of course its efforts to tackle climate change.

Third, militarily, Russia is the world’s third largest spender and second largest arms exporter. In 2014 according to SIPRI, a Swedish think tank, Russia spent US$91.7bn on defence. This accounts for 4.5% of Russia’s GDP and approximately 5.4% of global defence spending. The Kremlin’s military budget has increased by 97% since 2005 and the Russian military is being extensively modernised. Russia also, of course, has 1,780 deployed nuclear warheads out of a larger total stockpile of 7,500. While some rightly point to Russia’s growing military power with concern, it is also true that meaningful conventional and nuclear arms control, at least in the Euro-Atlantic area, is not possible without Russia. 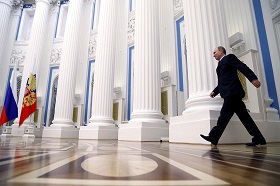 Fourth, Russia’s ambition to help establish a non-Western system of international governance is evident through its activities in the BRICS forum, the Shanghai Cooperation Organisation, and the establishment of the (admittedly as yet ineffective) Eurasian Economic Union. Most recently Russia secured the third most voting shares in the Chinese led Asian Infrastructure and Investment Bank. While Russia’s ambitions for its relations with the BRICS are naïve, as I have argued elsewhere, a Western policy that does not engage Russia will only strengthen Moscow’s turn to these institutions and encourage its efforts to use them to provide a counterbalance to the West.

What all this shows is that on a number of critical issues in international governance, whether we like it or not, cooperation with Russia is essential.

Within the wider West, Russia’s importance to Europe is even clearer. With over 80% of Russians living in Europe, accounting for around 16% of the continent’s total population, Russia is a major European player by virtue of geography and demography alone.

Russia’s role in the region’s governance is strengthened by its membership of the Council of Europe and the OSCE. Moscow has also shown time and time again its ability to act as a spoiler in Europe’s attempts to secure peace and stability, Georgia and Ukraine being but two examples. If Europeans want a truly pan-European security order, this is going to have to be negotiated and agreed with Russia.

In energy terms, in 2013 the EU depended on Russia for 39% of its gas imports and 34% of its oil. While efforts are underway to reduce this reliance, it will be a politically and economically costly process, that will take time and energy away from dealing with Europe’s many other problems. Indeed the power of Russia’s energy giants is most acutely felt in the EU’s eastern Members, where Russian gas can account for up to 100% of imports. 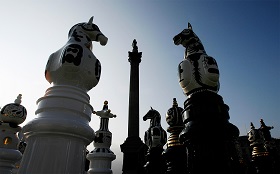 To the north, Russia recently submitted a claim to over 463,000 square miles of the Arctic, and its Arctic zone is expected to contain the majority of the region’s gas and a large share of its oil. With the opening of the Northern Sea Route due to melting ice caps, the region will become one of increased economic activity and environmental concern. The Arctic has been a relatively cooperative region to date but if the European members of the Arctic Council (Denmark, Finland, Iceland, Norway and Sweden) and others want it to stay that way, they are going to have to work collaboratively with Russia.

Europe’s future relations with Asia, a region that continues to grow in economic and political importance, must also take into consideration Russia’s position. China hopes its Silk Road Economic Belt will help develop economic relations with Eurasia. Europe has a lot to gain from this project, but the route stretches through Russia and its sphere of influence. Cooperation with Russia will make the economic development of Eurasia more achievable and more profitable to countries in Europe.

Russia’s recent military operations in Syria have the potential to dramatically increase the number of refugees making the perilous journey to Europe. This is yet another way in which Russian actions impact Europeans. Moreover, with the multitude of different actors now playing a role in Syria, the possibility of a military accident is a threat to us all. Cooperation with Russia over Syria, as a recent analysis for the ELN suggests, is the best way to avoid unwanted escalation and further refugee flows to Europe. 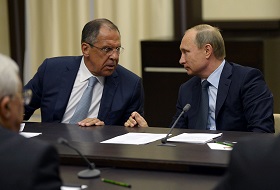 The question of whether to cooperate with Russia may be controversial, particularly in light of Russian behaviour in Ukraine. But the seriousness of the challenges facing the West, not least of which is Syria, demonstrates that a way forward must be found. What officials across Europe, particularly those in Brussels, must ask themselves now is not should we try to cooperate with Russia but how far and on what issues? This conversation must not take place without consideration of how to blend dialogue and cooperation with Russia with effective measures to condemn and deter unacceptable Russian activity in Ukraine and elsewhere.

Those who disregard the possibility of cooperation with Russia outright ought to consider the case of Iran. The Iranian nuclear deal is a significant achievement towards regional and international security, and it would not have been possible without support from the Russians. Ignoring the potential of cooperation with Russia on other critical issues facing Europe will only serve to weaken the Europeans’ own ability to tackle the most pressing challenges it faces.

This article follows on from an earlier article explaining “Why Russia Needs Europe”, and is part of a wider project assessing the strategic rationale for cooperation between Russia and the European Union generously funded by the Carnegie Corporation of New York. A wide-ranging policy brief will be released in March/April.

Rate this article
Share this article
FOLLOW THE LATEST DEVELOPMENTS
Project
Russia and Euro-Atlantic Community
Tags
Russia, West, Europe, International security, Sanctions, Gas, Arctic, Syria, Iran, BRICS
Reader's choice
HideShow
Twelve Steps Toward Greater Security in Ukraine and the Euro-Atlantic Region
A Crisis Management Mechanism in the Middle East Is Needed More Than Ever
A Plea to Save the Last Nuclear Arms Treaty
The SWIFT System: A Focus on the U.S.–Russia Financial Confrontation
The Countdown for New START