Why Russia-EU Relations Remain Stable Against All Odds

Russia and the EU cooperate where it is beneficial, despite political crises. Moreover, there is a clear tendency to separate political disputes from economic relations. The macroeconomic damage from EU sanctions has been very low for several years in a row. Russia, too, distances itself from harsh retaliation, limiting itself to symbolic visa restrictions. There is no critical desire to take revenge on business expressed in the battle cry of propagandists on either side.

It is generally accepted that relations between Russia and the European Union have been in a deplorable state for the seventh year. The reasons for their deterioration appear with regular frequency, forming a fancy piggy bank of toxic assets: the Ukrainian crisis, the Skripals case, cyber incidents, and now the Navalny case, along with disagreements over democracy and human rights. The European Parliament periodically calls for its toughest measures to be taken towards Moscow. Among the proposed measures are sanctions against the “inner circle” of the President of Russia, stopping Nord Stream 2, coordinating containment policies with the United States, promoting democracy, and cooperation with the so-called “democratic forces” within Russia. Our relations are periodically shaken by explosions of accusatory rhetoric and threats to end dialogue or reduce it to a minimum. However, this has not happened. The existing paradigm of relations between Russia and the EU has turned out to have a very solid and viable structure. It is characterised by several important elements. 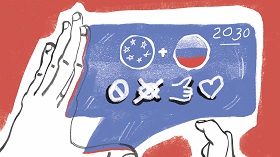 First, our mutual claims are expressed honestly and frankly. Previously, the parties pursued their pragmatic interests under the cover of ideas about a shared community of common and indivisible security in Europe, common spaces between Russia and the EU, etc. Now they openly admit that such schemes are impossible under current conditions. Russia is not ready to build them to the detriment of its interests, and Europe is not ready to tolerate an independent and ambitious Russia in such a scheme, including the growing rejection of Russia’s political system. Moscow and Brussels blame each other for the collapse of the dream of the late 1980s and 1990s. And each side has its own truth. Another thing is more important. Russia and the EU have ceased to experiment with mutual illusions. There are no viable intellectual and political projects that can bring the two players together. Moscow and Brussels are not eager to build relationships for the sake of relationships and produce artificial projects.

Second, the numerous claims and reproaches still hardly mean that Russia and the EU are an existential threat to each other. The likelihood of military aggression isn’t worth considering, even though numerous experts like to discuss such “what-if” scenarios. This does not mean that it is completely impossible. If desired and under certain circumstances, it could be allowed to happen. Moreover, the EU does not have its own subjectivity in security issues and the equation is complicated by US strategies. But even taking into account the non-linearity of American policy in recent years, the scenario of a military conflict remains marginal. Russia and the West constantly accuse each other of trying to interfere and undermine the political system. Games like these have been a companion of foreign policy for centuries, but foreign intervention alone is incapable of bringing down the stable and durable construction of a great power or alliance. To do this, they must undercut their own problems. And working with them is a matter of domestic policy.

Third, Russia and the EU cooperate where it is beneficial, despite political crises. Moreover, there is a clear tendency to separate political disputes from economic relations. The macroeconomic damage from EU sanctions has been very low for several years in a row. Russia, too, distances itself from harsh retaliation, limiting itself to symbolic visa restrictions. There is no critical desire to take revenge on business expressed in the battle cry of propagandists on either side.

Fourth, both parties believe that time is on their side. In the EU, and in the West as a whole, the old point of view about a falling Russia is still widespread. It is bizarrely combined with claims of the Kremlin’s incredibly cunning, insidious and clever policies. 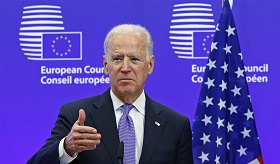 But in general, the West still feels a sense of ideological and material superiority. In such a mental scheme, any success of Russia is a temporary phenomenon, the country is doomed to gradual degradation and sooner or later a more progressive West will prevail. You just need to be patient and contribute to the inevitable nature of things. Indeed, it is difficult to argue with the material achievements of the European Union and other Western countries. The consistency of Western ideology would be the envy of those who found themselves in the Soviet era. At the same time, the harmony of the ideas of Western democracy and material superiority are difficult to transform into real opportunities to influence Russia and change its political course. Yes, Russia has a peripheral economy. Yes, the quality of life is lower than in the EU. Yes, the efficiency of institutions raises questions. But it’s hard to ignore Russia. The country copes with crisis situations quite well. Sometimes it does so faster and more efficiently in comparison with its leading neighbours. Forcing Russia to abandon fundamental decisions is not easy. That is, material and ideological superiority is not proportionally converted into foreign policy opportunities. And this casts doubt on the fact that the time factor is on the EU’s side.

In Russia, there is also a widespread point of view about the crisis of the West, the extinction of the United States, and crisis trends in the European Union. Indeed, there are many crisis phenomena in the West. But Moscow cannot use them in the interests of its foreign policy either. A change in policy towards Russia on key issues is hardly possible due to internal turbulence. In addition, many Western societies are decentralised. This complicates management and fosters permanent rifts that can be mistaken for a sign of a terminal illness. In fact, the entire history of the West is a history of permanent crises. Political systems are used to them. Internal turbulence and failures in certain directions will not necessarily lead to the loss of the West in general and the EU in particular, if we are talking about its potential. We will have to reconcile ourselves with the fact.

Relations between Russia and the European Union (more broadly, relations between Russia and the West) have reached a point of equilibrium. The architects of “Greater Europe”, a “Common European Home”, “Common Spaces” and other major ideas of their time are right to consider the existing structure of relations as a rollback and a collapse of the hopes of the recent past. However, it allows all players to soberly and impartially assess their capabilities, interests and views of the future. What matters most is the ability to test the policy models without mutual obligations and false expectations.

The EU Will Not Break Free from America’s Amiable Stranglehold

On the EU’s shrinking ability to conduct an independent foreign policy after the Democrats’ electoral win in the U.S.