US Elections and Sanctions Against Russia

On the eve of the US presidential election, there is growing interest in what the policy of sanctions against Russia will be if one of the candidates wins. Will they become more stringent if Joe Biden wins? Should we expect an escalation from the Trump administration? Do elections play any role in the policy of sanctions?

On the eve of the US presidential election, there is growing interest in what the policy of sanctions against Russia will be if one of the candidates wins. Will they become more stringent if Joe Biden wins? Should we expect an escalation from the Trump administration? Do elections play any role in the policy of sanctions? 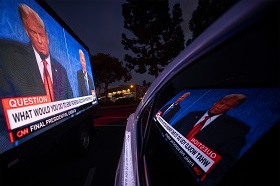 Igor Ivanov:
Choice without a Choice

Let's start with the last question. Yes, elections can have a fairly radical effect on sanctions. One example is the change in US approaches to sanctions against Iran after Donald Trump's victory. He fully restored the unilateral US restrictions that had been lifted by Barack Obama after the conclusion of the Iranian nuclear deal (JCPOA) in 2015. Two years after coming to power, Trump withdrew from the JCPOA, and then further strengthened pressure on Iran. The important thing is that in such situations, the principle "bend, dont break" applies. The nuclear deal was the result of lengthy negotiations. It was a creative process of multilateral diplomacy that went on for several years. Trump destroyed it almost overnight. Can Biden just as easily rebuild the Obama-era US policy? Most likely not. Trump's executive orders can be overturned. Its possible to prevent the final destruction of the JCPOA. But to return to the relative accord which prevailed in 2015-2016 will be difficult. Trust has been lost, resentment has accumulated, and potentials and circumstances have changed.

With respect to Russia, one should hardly expect a similar about-face. But there are several key risks that can be identified.

The first risk is the election itself. The topic of "Russian interference" is a familiar theme in the American news media. The Americans are seriously expecting new incidents. In 2018, ahead of the midterm congressional elections, President Trump issued Executive Order 13848, which set out the legal framework for evaluating interference and further sanctions. Within 45 days of the election, the Director of National Intelligence, in coordination with other agencies, is required to assess any information about possible foreign election interference. In connection with this process, the Attorney General and the Secretary of Homeland Security must provide the president and other interested agencies with a report on such interference. Moreover, the intervention is very specific. First, it is about the impact on the electoral infrastructure, vote counting and the timely announcement of results. Second, the impact on political organisations, candidates or election campaigns that led to specific (material) changes in the electoral infrastructure, including the falsification of information or data. If such actions are identified, the US Treasury, in cooperation with other departments, may impose punitive sanctions against persons involved in the intervention. The US Treasury, the State Department and other departments can also prepare recommendations for the president on tougher sectoral sanctions.

In my opinion, the risks of sanctions against Russia under this legal mechanism are insignificant. 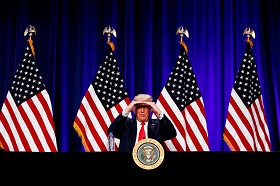 Russia has no reasonable motivation to influence the US electoral infrastructure. Neither Trump nor Biden will fundamentally change the US approach to Moscow for the better.

At the very least, there is no reason to believe that one of the two candidates will change policy enough to outweigh the risks of another interference scandal. Even if we assume that Moscow has the technical ability to carry out malicious actions, it is difficult to imagine a situation in which the Americans do not know about them. It is unlikely that the Kremlin, the Ministry of Foreign Affairs or other departments are eager to spoil the already-bad relations for the sake of dubious results. On the other hand, the Americans themselves are unlikely to invent an intervention report without good reason. It is one thing to frighten the public and journalists by spinning notions of a hostile Russia. It is quite another thing to prepare and sign a formal report, in which knowingly false information will lead to the end of a career, or even to criminal prosecution. In other words, if we understand the interference in terms of Executive Order 13848, then the risks are small due to dubious motives for influencing the electoral infrastructure on the part of Russia and the extremely low probability of fictitious reports on the side of the United States. This was well illustrated by the 2018 midterm elections. Of course, there remains a vast gray area in the form of social media on the issue of intervention. The past four years have been full of varied reports of trolls and bots. In the United States, there is a legal framework for imposing sanctions against those who engage in malicious activity on the Internet (Executive Orders 13694 and 13757 of 2015 and 2016, respectively, as well as Article 224 of PL 115-44 CAATSA of 2017). Blocking sanctions were applied against certain Russian individuals and organisations. However, they can hardly be called massive. To date, the US Treasury Department's SDN list includes 61 individuals and entities blocked due to cyber security issues. Despite the fact that there are a total of 308 Russian people affected by blocking sanctions, their number is regularly replenished from time to time, but the impact of such a routine on business and the economy tends to zero. Undoubtedly, the topic of Russia's "malicious activity" on social networks will continue to be on the agenda. But this in itself will not lead to more widespread sanctions.

Attempts to consolidate strict restrictive measures on the topic of elections have been made in Congress on several occasions. The most famous bills are DASKA and DETER. In late September-early October of this year, two new bills on this topic appeared. The House of Representatives has proposed its own version of DETER. They also proposed a draft law titled Safeguarding Elections by Countering Unchallenged Russian Efforts (SECURE) Act. These bills offer sanctions against Russia's sovereign debt obligations, as well as broader blocking sanctions against members of the Russian elite. However, the chances that these projects will be completed are slim. In theory, the Biden administration may be more inclined to tighten sanctions on the topic of interference. But the current actions of the Democrats in Congress do not support this hypothesis. Both Democrats and Republicans do not stop criticising the Kremlin and denouncing the Russian president and his "inner circle". There are also advocates of draconian measures in the administration and in expert circles. However, the measures damage to the United States itself may be more tangible in comparison with the existing sanctions, and the result is far from obvious. In addition, by imposing draconian sanctions now, Washington will lose the opportunity to impose them when the political situation may really require them. 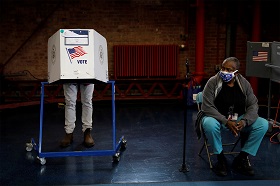 RIAC and CSIS Report "U.S.-Russia Relations at a Crossroads"

Along with the topic of "intervention", there are two more issues regarding which the escalation of sanctions is quite likely. The first is the Navalny case. The European Union has already taken a decision on sanctions against 6 Russians, as well as against a specialised enterprise that, according to the EU, produces the Novichok group's substance. This decision is a political signal and will not affect the economy. In the US, the case may get a more serious turn, since the legal mechanism for imposing sanctions on the topic of non-proliferation is different from the EU mechanism. It is recorded in the 1991 Chemical and Biological Weapons Control and Warfare Elimination Act (CBW Act, art. 307). It deals with a menu of six measures, the most serious of which is a ban on lending to Russia. Donald Trump has already used this mechanism in response to the Salisbury incident (Executive order No. 13883 of August 1, 2019). However, the Administration used the law in a very moderate way, limiting itself to restrictions on Russian bonds denominated in a foreign currency. In the case of Navalny, the measures may be tougher. Moreover, they can be used by the administrations of both Trump and Biden.

Another risk is the issue of human rights. In early September, Senators R. Menendez and B. Cardin already criticised US Treasury Secretary Mnuchin for his insufficient application of the Magnitsky Act, a legal mechanism for the use of sanctions on the topic of human rights. The law provides for sanctions against individuals and organisations involved in human rights violations. But such sanctions can hardly be called massive. They also caused almost zero harm to the economy, as they are used mainly against representatives of the security forces. Biden's victory in theory could lead to a higher administration focus on human rights. But this is unlikely to change the very paradigm of targeted sanctions against individual security officials. Therefore, the risks here appear to be low.

The key risk is to the very structure of relations between Russia and the West. Mutual trust has reached almost zero, and contradictions multiply. There are no mechanisms that would insure against the widest range of incidents or reasons for aggravation. A new problem can arise anytime or anywhere - from Ukraine to Venezuela and from non-proliferation problems to cyber security. They can happen whether under Trump or under Biden. Therefore, the outcome of the US presidential election can hardly be considered critical for the sanctions policy.

U.S.-Russia Relations at a Crossroads

Tags
USA, Russia, Sanctions, Elections
Reader's choice
HideShow
Russia Moves East, India West, Straining Ties
Arms Control Is to Be Maintained and Invigorated at All Costs
Should China and Russia Form an Alliance?
Non-state actors in the Middle East: towards a new typology
Russia and U.S. Must Not Squander Chances For Cooperation