The paradigm shift in US-China relations raises serious questions for other players in the international arena. If a new cold war has begun between Washington and Beijing (one has been declared by the Americans), what should the rest of the nations do?

The US-China split is evolving into a long-term rivalry. It is unlikely to be affected by the US elections or the mitigation of certain current irritants like the COVID-19 pandemic. This means that the thirty-year era of broad manoeuvre in international relations, when it was possible to simultaneously interact with different centres of power, has effectively come to an end. A confrontation between these major players will force others to choose between the US and China. In many areas, a parallel partnership with both powers will simply be impossible. Common sense dictates that such logic will sooner or later lead to the formation of a new bipolar system. 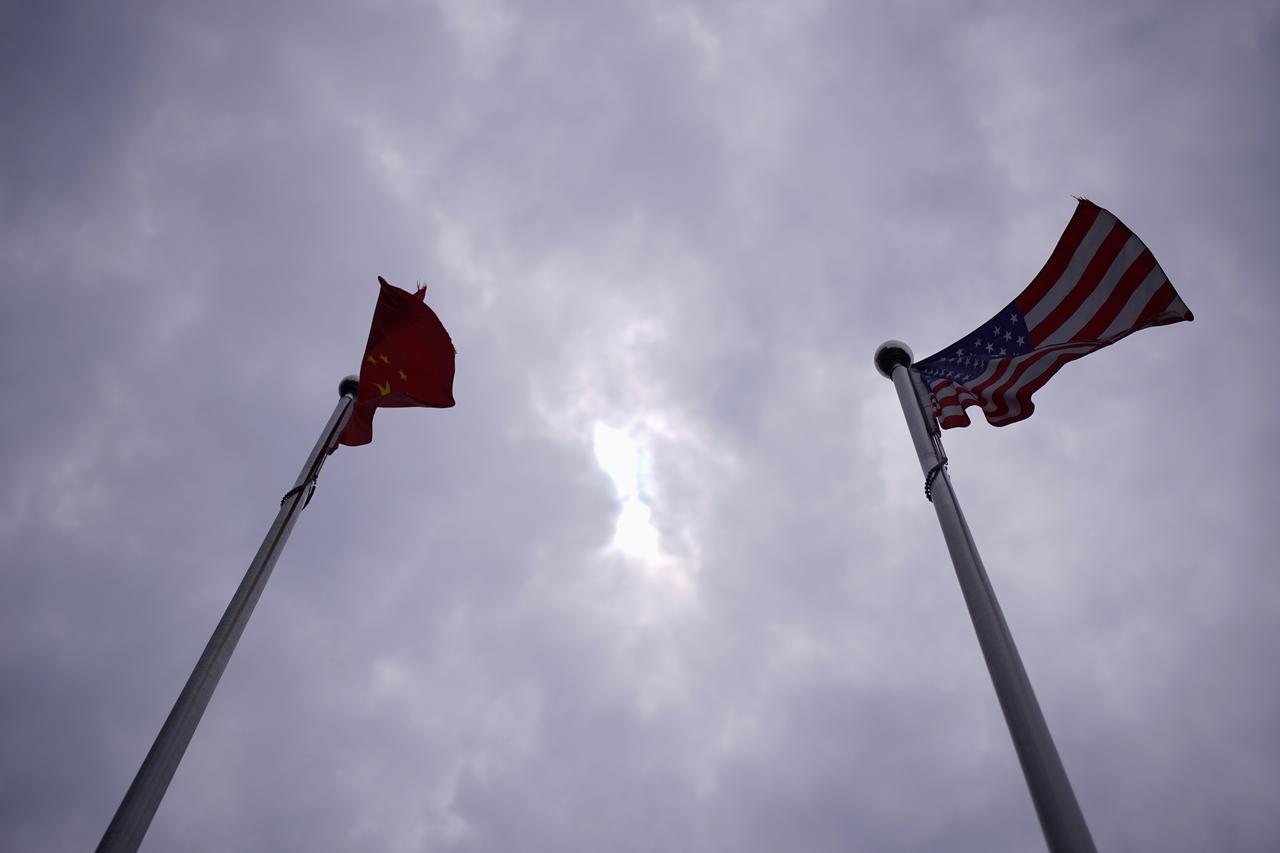 One of the few obstacles to the new bipolarity is the presence of other centres of power. They lack the strength and capacity to play the role of the second pole. However, they can afford to at least temporarily stay above the battle of the two giants and distance themselves from it. From the point of view of diplomacy, this is the optimal strategy, since it is this strategy that preserves their freedom of manoeuvre. The loss of room for manoeuvre also leads to the loss of diplomacy. But, on the other hand, for the two contenders for leadership in the bipolar world — the United States and China — it is vitally important to attract the big players to their side, and tie them to their pole for the subsequent battle for hegemony.

Thus, the most important task for the diplomacy of Washington and Beijing will be the fight for major players. And here it is important to create an effective coalition against the rival, or, at least, to prevent the formation of such a coalition on the opposite side.

When entering the new Cold War with China, the United States did not prepare an effective coalition with major players in advance. War has been declared, but there is no broad coalition. Yes, the United States has allied relations with Japan, South Korea, Australia and New Zealand. They are likely to remain in close alliance with the United States and on an anti-Chinese footing, although the alliances themselves were created amid different realities. However, the list of coalition members seems to have been exhausted.

India is potentially the most valuable member of the anti-Chinese coalition. Delhi has old contradictions with Beijing, which have recently become more acute. But luring India into a tough anti-Chinese coalition led by the United States will be difficult. The history of independent India has its own foreign policy traditions, which do not include subordination to another country. There are also problems in relations with other large countries, which have difficult relations with China. For example, the US partnership with Vietnam and Indonesia has become deeper, but they are far from a coalition against China.

Russia, for obvious reasons, cannot be part of such a coalition. Moscow for Washington is a rival, standing somewhere between China and Iran. A partnership with Moscow would sharply increase the US point tally in its confrontation with the PRC. But American diplomacy lost time and chosen to switch to other issues (human rights, Ukraine, interference, etc.). Without a doubt, all these topics are important and even fundamental, but if we proceed from the fact that the global politics of the coming decades will be determined by the confrontation with the PRC, then they become secondary. Washington could not or did not want to take such a prospect seriously. 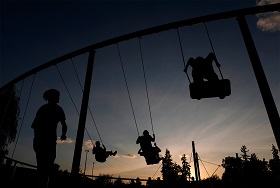 Andrey Kortunov:
The World Order Crisis and the Future of Globalization

The US approach to Moscow is underscored by a “colonial” perception of Russia, which it regards as a “fading” country; demands that it change and become a “normal” country have also played a role. Incidentally, the same attitude ultimately crippled the relationship between the United States and Beijing. Although China is perceived as a growing centre of power, it does not want to become a “normal” country according to Washington’s understanding of the word either. Against this background, Russian-Chinese relations have gained potential. This is not a military alliance. However, Russia and China have acquired a significant reserve of confidence. Growing US pressure is pushing the two powers closer together.

Under these conditions, the European Union is becoming important for America. Almost all EU countries are US military allies in NATO. However, the North Atlantic Alliance is not even remotely focused on containing China. It was indirectly involved in the fight against international terrorism and spread its wings against the backdrop of a “hostile” Russia. Deploying European allies against China is not a trivial task. Moreover, NATO is almost unfit for such a solution, and the alliance with the Europeans will have to be reformatted in many respects.

The EU’s motivation to get involved in the conflict between the US and China is not obvious. My colleague Timofey Bordachev has analysed these perspectives from a realist standpoint. If you look at the issue from this angle, it turns out that the EU is not interested in competing with the PRC. It has no significant interest in doing so. China does not threaten European security, just as the EU itself has no military-political interests in Asia (including the almost complete absence of instruments of power in the hands of the EU outside NATO or the policies of individual member states). In addition, the EU states have a democratic structure, which means, according to Timofey Bordachev, that a significant deviation from real interests will be corrected during the course of electoral and other democratic processes.

This is a perfectly rational view. However, in reality, the situation may be different. In a recent article, the head of European diplomacy, Josep Borrell, defined EU policy as the “Sinatra Doctrine”, referring to the famous song My Way. According to Borrell, the EU should have its own balanced approach to China. The EU needs to cooperate with it on a global agenda (climate, regional conflicts, development tasks, and so on). However, on specific issues, the EU must defend its sovereignty. First of all, we are talking about technologies and value chains. On China, Borrell’s views are almost identical to the American narrative. China is an assertive, expansionist and authoritarian country. The EU is critical of its violations of human rights and the military-political activity of Beijing in the South China Sea. An even more critical attitude is expressed towards the threat of economic expansion towards the EU itself. 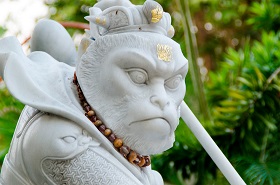 Andrey Kortunov:
About the Wise Monkey Who Came Down from the Mountain

The European Union’s ideological support for the US line against the PRC will be an important victory for Washington. Values, ideology and identity are of great importance for international relations. In addition, the EU narrative contains not only values, but also quite specific interests in the field of economics and security, which are similar to American views.

The main question is: how exactly will the support of the United States from the European Union be expressed? In all likelihood, we will talk about more consolidated pressure on Beijing in the field of telecommunications and other sensitive high-tech sectors. The EU can use the experience of the UK, which has already taken the first serious steps towards restrictions on Chinese telecoms.

In the end, the United States can build more flexible coalitions against China in comparison with the usual military-political blocs. They will be based on consolidated actions driving targeted sectoral and technological constraints. That is, it should be a coalition of sanctions, not a coalition of war. For many, this can be a convenient formula. It will not require strict subordination to Washington, but it will provide an opportunity to annoy China, while not creating immediate risks of military confrontation.

Bipolarity will be “selective,” that is, concentrated in selected critical areas. However, history shows that the transition from economic to military rivalry can turn out to be unexpectedly rapid, and a selectively-applied rivalry can suddenly become a total one.

Rate this article
Share this article
FOLLOW THE LATEST DEVELOPMENTS
Project
Russia — USA — China: Protectionism, Security, and Competition in High Technologies
Related materials
About the Wise Monkey Who Came Down from the Mountain

The Monkey King cannot sit it out atop the mountain

China Replacing Russia as the Boogeyman in the U.S. Presidential Campaign: Implications for Russia-China Relations

China is an obvious target of criticism for the U.S. President, who is adamant about securing his second term in office

Is Anarchy the Mother of Order?