If Vladimir Putin wins in the Russian elections in March, few will be surprised in Russia or abroad. The incumbent president remains by far the most popular and most trusted politician in the country. For the overwhelming majority of Russian voters, Putin’s name symbolises the many positive changes they have observed since the beginning of century. In Russia, the imminent threat of national disintegration has been avoided and the standard of living has sig-nificantly improved. Domestic and foreign security has been enhanced and the country is playing a more active role internationally, re-emerging as a great power with global interests and reach. These are well-known facts with which both Putin’s supporters and his critics must contend when reflecting on the sources of his continuing popularity.

If Vladimir Putin wins in the Russian elections in March, few will be surprised in Russia or abroad. The incumbent president remains by far the most popular and most trusted politician in the country. For the overwhelming majority of Russian voters, Putin’s name symbolises the many positive changes they have observed since the beginning of century. In Russia, the imminent threat of national disintegration has been avoided and the standard of living has sig-nificantly improved. Domestic and foreign security has been enhanced and the country is playing a more active role internationally, re-emerging as a great power with global interests and reach. These are well-known facts with which both Putin’s supporters and his critics must contend when reflecting on the sources of his continuing popularity. 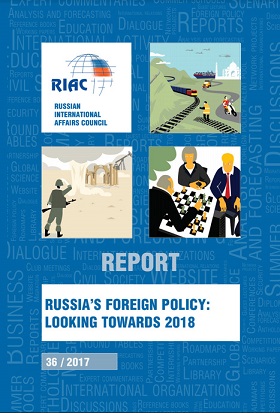 Like any other society, however, the Russians are more interested in the future than the past. What does the new political cycle hold for Russian society? How might it differ from previous cycles? What are the most important challenges and opportunities the nation is likely to face in years to come? How might policy priorities change, and what aspects of policy will remain the same? These are the questions which are not only being raised within Russia but in foreign countries as well. The answers are significant for Russians, but also for their neighbours, partners and adversaries.

In order to begin to answer these questions, let me start with three general observations:

First, much of Russian foreign policy depends and will continue to depend on the international environment. As many recent international developments have shown us, the global political situation is often highly volatile, profoundly unstable and, in many cases, unpredictable.

Very few observers forecasted the Arab Spring in the Middle East, the outcome of the Brexit vote in the UK or the victory of Donald Trump in the US. The only thing that we can safely predict now is that the world will see more surprises in the coming years. As with all players in global politics, Russia will have to react to rapidly changing situations, trying to minimize its risks and maximize its gains.

Second, Russian foreign and security policy will rest on the solid foundation of its previous accomplishments and the capacities that the country has acquired since the turn of the century. In 2017, for example, Moscow demonstrated not only a remarkable ability to modernize and upgrade its military but also the political will to utilize it in crises far outside of its national bor-ders. The defeat of international terrorist groups in Syria would have been impossible without active Russian diplomatic and military engagement. Moscow will clearly continue to use these newly acquired capabilities in future.

Third, Russian foreign policy will be inextricably linked to the goals and needs of the country’s domestic development in terms of its social, economic and technological spheres. All of the major international players, including the US, EU, China and India, currently have domestic development as their ultimate priority, and Russia is no exception. There are very active and sometimes emotional discussions inside the country about the future of the national economy, and the range of opinions is very broad, from a complete liberalisation to consistent mobilisation options. The president will soon have to make a number of critical decisions about his economic strategy for the next six years. Nevertheless, whatever specific option finally emerges victorious, its success will to a large extent depend on the ability of the Russian leadership to provide a favourable international backdrop, one conducive to Russia’s domestic development. 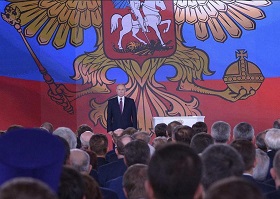 Thus it would be fair to argue that Russian foreign policy will continue to be active, multifaceted and balanced. It is more likely to be risk- evasive than risk-taking. Russia will stand for international order and oppose chaos and instability. Its willingness to reach compromises with partners, however, will not imply a readiness to make unilateral concessions or to deviate from a consistent pursuit and defence of its national interests.

Relations with the West will remain one of the most important dimensions of Russian foreign policy. Here, one can foresee a cautious relaunch of political dialogue between Russia and the leading West European countries. There is mutual interest in such a dialogue because the current state of the relationship is detrimental to both sides. On the one hand, the recent sharp deterioration of political and economic ties with Europe has made Russian foreign policy more one-sided, with all of the evident shortcomings. On the other hand, in the absence of a constructive engagement with Russia, the European voice has become less articulated and less influential in international relations.

The Ukrainian crisis, all of its negative consequences notwithstanding, has clearly demonstrated that it is impossible to provide for stability on the European continent without a close political, economic and security cooperation between Russia and major European powers. In 2018, with the presidential elections in Russia behind us, the key modalities of Brexit settled and the new coalition government finally at work in Germany, there will be a fresh opportunity to launch substantive dialogues about the future of relations between Russia and Europe in the context of newly emerging global realities. 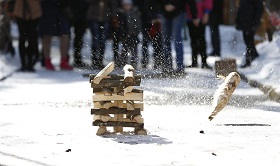 As for US-Russian relations, their poor status today provides little hope for any significant progress, not only in the sort-term but also in mid-term future. Over last couple of years, both sides (and particularly the United States) have erected so many obstacles on the road to cooperation that even if the needed political will were present in Moscow and Washington, re-moving the roadblocks would be a truly formidable challenge.

It is well understood in Russia that the current crisis in relations with the United States sets very significant limitations on how Moscow might advance its national interests in global politics. Therefore, Moscow will continue its small steps approach towards the United States, making full use of the few opportunities still available for bilateral collaboration. At the same time, Russia will remain open to a deeper cooperation on problems of mutual concern (such as Syria and North Korea). It goes without saying that a more active dialogue between Russia and Europe could serve to mitigate the deep crisis in US-Russian relations.

Russia’s long-term interests, both domestic and international, necessitate continuing an active policy in Asia and in the Pacific. The strategic Rus- sian-Chinese partnership has already become an important factor in international relations that is having a notable impact on the global balance of power. Although Russian and Chinese interests are not always identical, the numerous advantages of the bilateral partnership are so significant and so evident to both sides that their cooperation will continue to broaden and to deepen in the foreseeable future.

There is also great potential for Moscow to expand its cooperation with many other Asian and Pacific states, including India, Japan, South Korea, Vietnam and Indonesia. Of course, integrating Russia into the Asian-Pacific system is a very delicate and complex task, given multiple bilateral rivalries and unresolved regional security problems in this vast region. Accomplishing this task will require a large amount of political vision and diplomatic skills on the part of Moscow.

Given its strategic position, Russia has the capacity to play a key role in providing a global commons. Moscow is a particularly important player in the field of international security. In the global struggle against international terrorism, for instance, Russia can claim not only high moral authority but also the necessary political and military tools. In the Middle East, Russia arguably remains the single global player which enjoys an active dialogue and cooperation with all of the parties involved in the numerous conflicts in the region. There are numerous other examples that demonstrate Russia’s active role in multilateral diplomacy, one that is becoming ever more essential for resolving regional and global security issues such as the non-proliferation of weapons of mass destruction, the fight against illicit drug trafficking, confronting cyber threats and many others.

On a more general note, it is becoming increasingly evident that the decline of global and regional governance that the world has been witnessing for at least the last 20 years contains the seeds of growing threats to all responsible actors in world politics with no exceptions. The universal understanding of this basic reality must be transformed into specific proposals, roadmaps and actions. It is in Russia’s interest to utilize its capacities and comparative advantages to play a central role in restoring and further enhancing global governance.

Russia's Changing Relations with the West: Prospects for a New Hybrid System

Putin's State of the Union: Russia Can No Longer Take the US Goodwill and Commitment for Granted