Macron has “jumped into the fight.” The French leader described a meaningful vision of the future world order. He is ahead of the other European countries in promoting a dialogue with Russia. Finally, Paris has displayed a resourceful approach, and the will to resolve the problems around Iran’s nuclear deal. Macron can achieve tactical, albeit quite tangible, successes in its policy on Russia and Iran.

Discussions about the role of the European Union (EU) in international affairs pushed into the background global ambitions of the individual European states. French President Emmanuel Macron firmly recalled that it is too soon to discard European states and that French diplomacy can take a proactive approach, think unconventionally and actively promote new ideas. The French leader described a meaningful vision of the future world order. He is ahead of the other European countries in promoting a dialogue with Russia. Finally, Paris has displayed a resourceful approach, and the will to resolve the problems around Iran’s nuclear deal. Macron can achieve tactical, albeit quite tangible, successes in its policy on Russia and Iran.

However, the active approach of French diplomacy cannot influence progress in implementing the Minsk Agreements. The keys to resolving the conflict in Donbass are primarily held by Kiev and Moscow. That said, Macron was the first European leader to feel a change in the nature of Russian-Ukrainian relations and to try to use this new trend. The change of power in Kiev opened a narrow window of opportunity for cautious movement forward on Donbass. The new president of Ukraine intends to resolve the issue. His initiatives have received cautious support in Moscow. As a result, the sides achieved a modest but tangible result by exchanging large groups of detainees. Importantly, the latter included well-known figures and the group of Ukrainian sailors detained after the Kerch incident.

This exchange has created a favorable atmosphere for the forthcoming meeting of the Normandy Four in Paris. No doubt, the French president will take credit for this, reaffirming his role as the informal European leader in resolving the issue. Further successes are not guaranteed but for the time being Macron firmly holds the initiative on the European side.

Andrey Kortunov:
Like a Suspended Gym Teacher: Why We Should Not Expect Russia to be Welcomed Back into the G7

A serious move was made as regards Iran, too. Since the US withdrawal from the JCPOA in May 2018 many analysts have given up hope that the EU can save the deal. The skeptics saw more than enough arguments to think so. Brussels and other European capitals were indignant over the US demarche but the US president couldn’t care less. The EU’s attempts to protect its businesses from US sanctions were extremely awkward. The resumption of the 1996 blocking statute aimed at protecting European companies against US secondary sanctions did not make them feel any more confident. European banks and other firms have learned well their lessons from dealing with the US Department of Treasury. In the past decade 40 EU companies were fined and had to pay the lion’s share of all fines under the secondary sanctions that were imposed by the US regulator. So when Trump resumed sanctions on a full scale, many large European companies hastened to accept the losses, to not mess with Washington and leave Iran in a good way. At the same time, the EU could not guarantee the deal with Iran. The loudly announced independent payment tool in relations with Iran (INSTEX) has not yet begun functioning even for humanitarian transactions. Without political support from the US, it could quickly wind up on the US Department of Treasury’s SDN list. Trump’s refusal to make exceptions for some European countries (Italy and Greece) in oil trade with Iran was also somewhat humiliating.

In the meantime, Iran made symbolic but unequivocal steps on withdrawing from the JCPOA. It is hard to argue against Tehran’s logic: if the deal is violated by one side and these violations lead to serious if not disastrous consequences for the other side’s economy, its commitments are conditional for it as well. Washington hastened to impose new sanctions on Iran, but this was scant consolation for Brussels.

Against the backdrop of EU diplomacy’s slack policy on Iran’s nuclear deal, Macron’s maneuvering is impressive. In all probability, Paris was the first to realize that it is pointless to stick to the current situation even despite the existing resolutions of the UN Security Council and universal denunciation of US unilateral moves. It is necessary to look for compromise with due account of Mike Pompeo’s 12 items that are unlikely to disappear any time soon. France forwarded a proposal that does not sound unequivocal but is quite suitable for discussion and bargaining: the JCPOA must be maintained but talks must be started on other major issues, for example Iran’s ballistic missiles. Tehran was told that it could receive loans for future oil purchases. In short, Macron had carrots for everyone. Paris promised to maintain the deal for Brussels; consider US demands for Washington; provide finances for the economic support of Tehran, and take into account Moscow’s requirement to strictly separate the JCPOA from other issues. 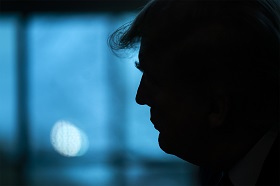 Pyotr Kortunov:
JCPOA: Forward Into the Past

The US position will play a key role in the success of Macron’s initiatives. There are several opportunities in this respect. First, some personnel shifts have taken place in Washington. John Bolton was the strongest supporter of the toughest line on Iran, but he resigned. Trump himself needs a victory in his policy towards Iran even if it is symbolic. Washington’s tough policy in the past year and a half has seriously limited its opportunities for maneuver. All serious sanctions have already been imposed and new restrictions will not produce any effect. To all intents and purposes, Trump is not ready for a military strike, so a new round of talks with Iran will play into US hands. The US can push through most of its demands in exchange for insignificant concessions. This could be the renunciation of secondary sanctions against banks that grant loans to Iran under Macron’s plan. Or it could be support for humanitarian related INSTEX transactions. A big question is whether Iran will allow anyone to make it buy negligible concessions at a high price, all the more so since it is developing special relations with China including plans for serious energy projects.

In any event, Paris has made an important proposal regardless of what happens in the future. Macron has “jumped into the fight.” Now he needs to be cautious and have a bit of luck. After all, it is but a step from the sublime to the ridiculous.

Putin and Macron need each other, probably more so than they did two years ago

Like a Suspended Gym Teacher: Why We Should Not Expect Russia to be Welcomed Back into the G7

JCPOA: Forward Into the Past

Sooner or later, the Emerging Situation Will Force the Trump Administration to Make the Difficult Choice between the JCPOA and a New War in the Middle East

Tags
Emmanuel Macron, France, USA, Russia, Ukraine, Iran, JCPOA, Donbass, Minsk Agreements
Reader's choice
HideShow
Stanley R. Sloan: A New U.S. Administration Will Have Much Work to Do in Rebuilding European Faith in American Leadership
The Third Neighbor: Can America Live With Putin's Russia?
How the Pandemic Will Change EU-Russian Relations
The U.S. on the Way to Strategic Invulnerability
Recommendations for American Policy and Priorities Towards Russia