The only plausible alternative to multilateralism is not a restoration of an old bipolar, unipolar or multipolar order, but a global disorder with no agreed-upon rules, procedures and hierarches of power. The disorderly world in an era of resource deficits, rapid climate change, unprecedented migration flows and uncontrolled technologies cannot survive for too long. If the ongoing demise of multilateralism continues, our civilization is doomed to experience a shipwreck of an epic scale. 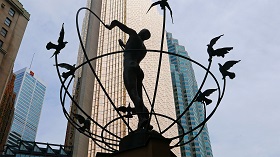 Andrey Kortunov:
Between Polycentrism and Bipolarity

Multilateralism is in trouble. There are many challenges to its common practices and even to its fundamental principles—ranging from demonstratively unilateralist rhetoric coming from state leaders from various corners of the world to a deep crisis of multilateral organizations at regional and global levels of international politics. Proponents and champions of multilateralism are fighting an uphill battle and their chances of winning do not look too promising.

The horizons of multilateralism are cloudy. However, we should not forget that what we see is the crisis of a specific type of multilateralism: the multilateralism that emerged in the second half of the 20th century and served as a historically unique model of an international system. This model, with relatively minor modifications, has been in operation since late 1940s and it should not be a big surprise to anybody that nowadays it looks dated. Let us outline some of the main features of the old multilateralism, which appear to be clearly antiquated today.

The Multilateralism of the 20th Century Was Hegemonic, Value-Based and Revolved Around States

The old multilateralism was hegemonic. A very small group of great powers designed the post-Second World War order according to their wishes and in their interests. The United States created NATO as a multilateral defense alliance, but nobody could have questioned the US leadership position within the Atlantic Alliance. The Soviet hegemony within the Warsaw Pact was even more explicit and unquestionable. In a truly bipolar system, multilateralism is always relative and incomplete; it would probably be more precise to call it quasi-multilateralism.

The old multilateralism was institutional. The international system was based on well-developed organizational structures with multiple layers of bureaucracies, complicated decision-making procedures, systems of diverse linkages that allowed participating actors to balance unilateral concessions in one field by getting compensations in another field. Those arrangements looked like a perfect solution in a relatively static system with slow and mostly marginal changes affecting the global balance of powers.

The old multilateralism was value-based. With the world divided into two blocks opposing each other, multilateral procedures and mechanisms implied commonality of values among participating parties. It was usually “us’ against “them”: multilateralism within blocks (NATO—Warsaw Pact, European Union—COMECON) seldom extended to relations between the blocks. The whole idea of ‘global commons’ had very limited meaning in the deeply divided world. 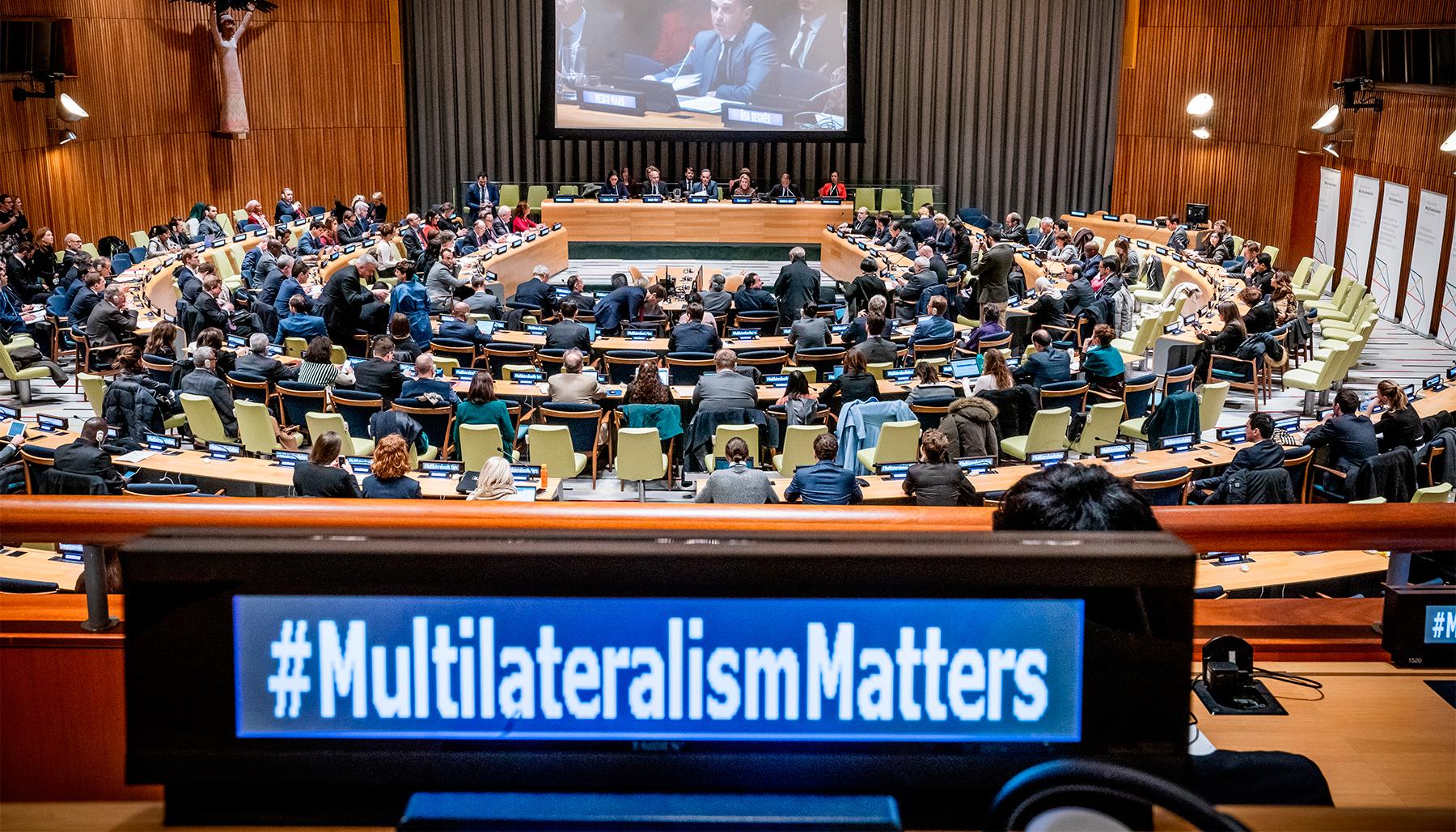 The old multilateralism was state-based. Some non-state institutions (e.g. large transnational corporations) tried to deprive nation states from their monopoly on multilateral arrangements from time to time, but these attempts had only marginal success. States were exclusive participants to the most important multilateral agreements, regimes and institutions with other actors (the private sector, NGOs, Universities, etc.) being much more in the role of deal-takers, rather than dealmakers.

Adapting Multilateralism to the Post-Cold War Era Has Failed; but Alternatives Have Not Yet Emerged

After the end of the Cold War, the triumphant West tried to apply the same model of multilateralism to unite the world under the banners of political liberalism. However, very soon it became clear that the old concept of multilateralism was ill-suited to serve the new reality. The US hegemony demonstrated its fragility; a brief ‘unipolar moment’ resulted in an imperial overstretch and a subsequent US geopolitical retreat. Old Western institutions reached their geographical and functional limits; both NATO and the EU had to face numerous challenges to their efficiency and even to their integrity. Political liberalism had not become a universal value system willingly accepted by all international actors. National states showed less and less capacity to handle the global agenda successfully on their own, without a broader involvement of non-state players.

At the same time, no viable alternative to multilateralism has emerged since the end of the Cold War. It remains highly unlikely that humankind can achieve an acceptable level of global or regional governance if major actors willingly or unwillingly limit themselves to a mixture of unilateralism and bilateral agreements. The only plausible alternative to multilateralism is not a restoration of an old bipolar, unipolar or multipolar order, but a global disorder with no agreed-upon rules, procedures and hierarches of power. The disorderly world in an era of resource deficits, rapid climate change, unprecedented migration flows and uncontrolled technologies cannot survive for too long. If the ongoing demise of multilateralism continues, our civilization is doomed to experience a shipwreck of an epic scale. 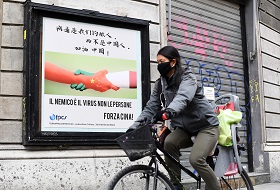 Sun Zhuangzhi:
The Spread of the COVID-2019 Epidemic across Europe and Multilateralism

The burning task of the day is not to try resurrecting the old multilateralism from its grave, but rather to reinvent the concept of multilateralism by adjusting its principles to a new reality. What does this mean more specifically?

First, state leaders should be ready to advance multilateralism without a benign hegemon to shoulder our efforts. It would be great to see the United States reemerge as a strong supporter of multilateral approaches under the incoming Joe Biden Administration. We should applaud Washington for getting back to the WHO, the Paris climate agreement, the JCPOA and so on. Still, one of the lessons from the Biden’s predecessor in the White House is that we should not take a benign US hegemony for granted any longer.

Second, diplomats and experts have to figure out how to apply multilateral models to an environment of relatively weak international institutions and eroding hierarchies. There is a universal institutional fatigue in the world today, which is not going to disappear anytime soon. Under these circumstances, a bottom-up approach to international problems might turn out to be more productive than the traditional top-down approach; flexible international regimes might work better than rigid international organizations, and voluntary commitments by states may matter more than traditional legally binding international agreements.

Third, multilateralism should not imply communality of values as a precondition; it will rather have to reflect convergence of specific interests. The old mantra that international multilateralism and the liberal global order at large are nothing but a function of political liberalism as the dominant ideology of major players should be rejected as obsolete and non-practical. A liberal international system can accommodate illiberal political regimes: multilateralism of the 21st century will be universal only if it can serve a value-pluralistic world. At the same time, we should use multilateralism in order to bridge or to narrow many value gaps that exist in the modern world. In other words, communality of values should be not our starting point on the road to multilateralism, but rather the destination at the end of this road.

A Project-Based Multilateralism for Pragmatic, Problem-Solving Cooperation Is Needed

Fourth, multilateralism has to be inclusive. It is no longer only or even primarily about relations between states, but it has to embrace the business sector, civil society and other private and public players. The most important international challenges—from the future of arms control to climate change to migration management—require broad and flexible coalitions of diverse stakeholders to make any tangible progress. Private-public partnerships should become common practices in various multilateral arrangements. 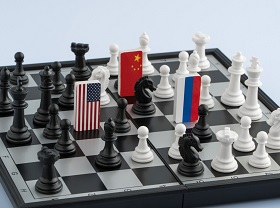 Andrey Kortunov, Zhao Huasheng:
The Coming Bipolarity and Its Implications: Views from China and Russia

In sum, if multilateral practices are to survive in years to come, they will survive in the format of ad hoc multilateralism or project-based multilateralism. Project-based multilateralism will become as common in the international relations as project-based learning has become in University classrooms. One can already observe many examples of this type of multilateral arrangements, which successfully operate at the regional level (like the Arctic Council) or in particular functional fields (like the International Civil Aviation Organization ICAO). This particular model has many shortcomings and inherent deficiencies—it is doomed to be very fluid, situational, inconsistent and fragile. It is clearly not a solution for all seasons. However, it might still be the best option for humankind that we can count on for the nearest future.

Big powers like the United States, China or Russia are not likely to lead the world towards a new multilateralism. They are too used to asymmetrical interdependence and they are tempted to use their comparative advantages in the format of bilateral relations with their relatively smaller and weaker partners. Countries like Germany, which have already accumulated a lot of experience in various formats of multilateralism, might be in a better position to pioneer new multilateral models. This is why the ongoing German discourse on multilateralism is particularly important and timely.

The Spread of the COVID-2019 Epidemic across Europe and Multilateralism

Multilateralism, like any other format of diplomatic activity, will always be as effective or ineffective as the players who practice them want